I love how awesome weather gets everyone in a really good mood. The last bank holiday weekend was quite pleasant. 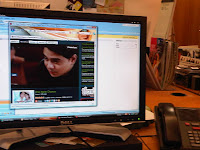 I had to work on the Saturday, but it went pretty awesome as I managed to catch a lot of breaks in between. It felt a bit weird being in the office alone, but I managed to feel productive. I also managed to watch One More Chance online – because I wanted to kill time. Haha. After work I was quite knackered so I decided to head off home. It took me ages to catch a bus because traffic was absolutely mad – a lot of out of towners and tourists about, for the Champions League (which of course, Barca won). 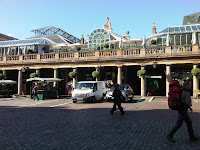 On Sunday, I met up with B. I got to Covent Garden early and managed to see the place in its quiet state, before weekend performers hauled in tourists and crowds bloomed in pub terraces. I rarely see Covent Garden like this and it was really pretty. I love the market area – it’s so picturesque and so artsyfartsy and the cobblestone footpath gives you a slight feel of continental Europe as well. Shops around are also great, a mix of high street and independent retailers out and about. 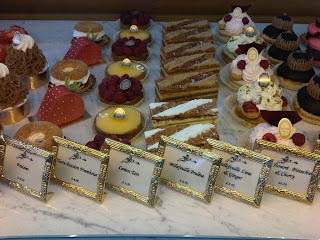 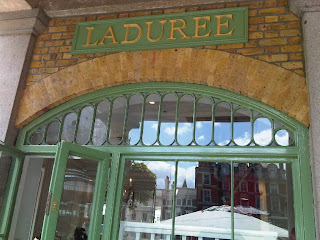 The new Laduree shop boasted awesome displays of decadent sweets, tempting saintly passers-by to sin against their summer diets. And how could they not be lured when the pièces montées of colourful macarons are just too pretty to resist? 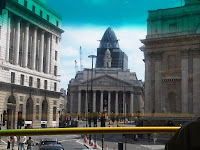 We hopped on a bus to go to Spitalfields market and I keep forgetting how beautiful London is and how much you don’t get to see on the tube. I’m not really familiar with The City because I work Central (the West End) so I’m always fascinated when I go East. We trekked it to Liverpool Street and atop the bus, we got to spot awesome buildings in the Square Mile ie the Gherkin, Heron Tower, Tower 42 and the very industrial-looking Lloyd’s Bank. We then walked to Spitalfields where the market was buzzing with stalls and indie retailers.

So we trekked the markets in Spitalfields and in Brick Lane. Markets here are similar to tiangges in Manila. They sell stuff on the cheap but you can’t make tawad unless you’re a regular or something like that. I wasn’t really much into the clothes as much as B was but I was very much into the food stalls. We sampled some cupcakes (super soggy) and Malaysian pancakes (nuts + corn = yum) and saw a number of international delights from sushi to siopao to Ethiopian cuisine (all green and pulses!). They also had a lot of vintage stuff like old school cameras, pocket watches, shoes, paintings, independent artist’s albums etc. See photos below for random sightings =)

We ended the day at Somerset House where they had the water holes running. Ang saya the kids who were running around getting wet! I was close to taking of my sneaks to go play around but my sanity stopped me. HMPH! Hahaha. But it was awesome to see also the controversial Ai Weiwei’s Circle of Animals / Zodiac Heads. 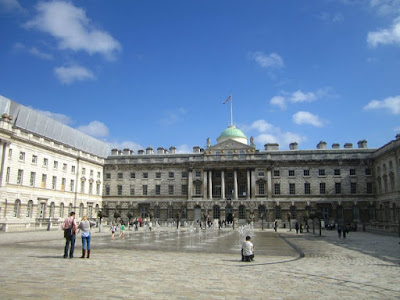 London is a really pretty city and the East End markets are nothing but a snippet of how awesome and how diverse it is.