So Mr P was in town a few weeks ago. Yay! Of course I was ecstatic, can’t you tell?

He arrived early in the morning, day after his birthday. We went straight to Borough Market for oysters and paella. 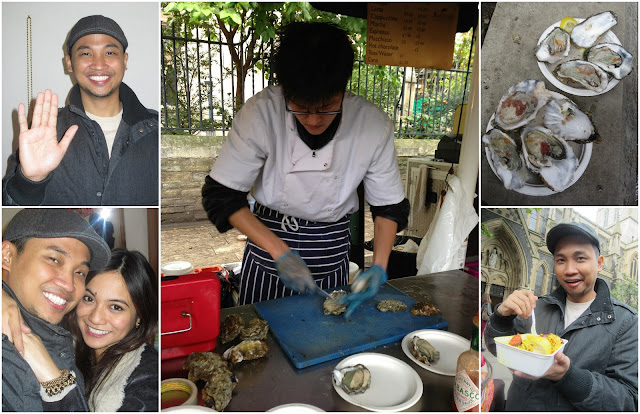 I’ve organised a sort of surprise dinner with our London friends at Burger and Lobster. =) He thought we were going on a a joint birthday date. I was quite panicky as the girls kept ringing and he kept asking questions; it was difficult to talk about plans as I had to fib and come up with excuses. In hindsight, I should’ve instructed the girls to talk in code. Reckon it was worth it though, the confused look on his face was priceless when we jumped the 2-hour-wait queue.

So happy our friends came around to see him despite the erratic weather! =) 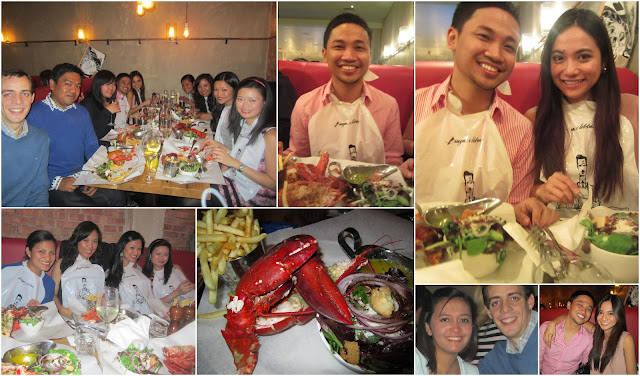 Went to Lab afterwards for drinks. 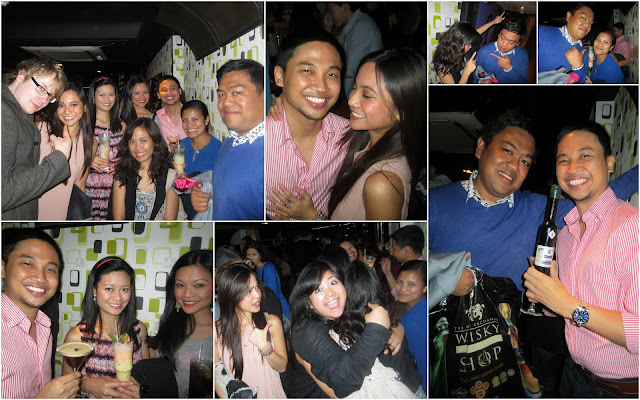 The next day we had brunch with G. Mr P wanted fish and chips so we went to Olley’s, which is listed on TimeOut as one of London’s best fish and chips spots. The servings were massive but we weren’t impressed. 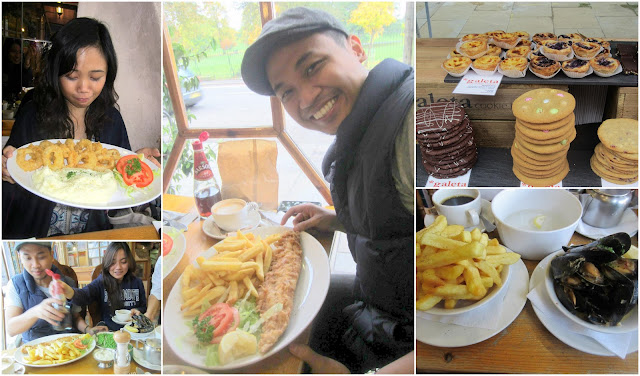 We met up in the evenings for post-work shenanigans and ate our way through Soho. We went to Burger & Lobster again; downed G&Ts at B-Soho before queuing up for ribs + chicken + pulled pork at Bodean’s; had a few burgers here and there; and sampled some treats at my local market. 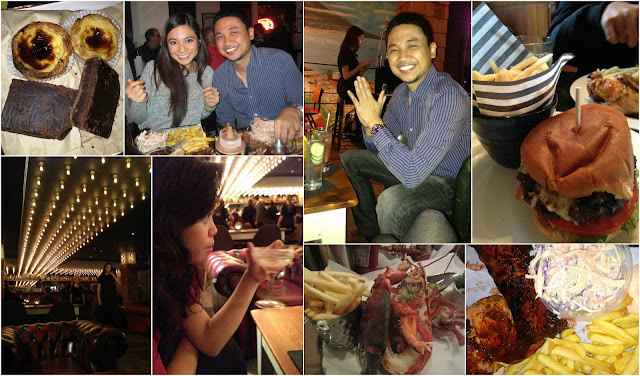 He cooked for us, too. I’ve asked for him to cook his amazing salpicao and beefsteak but he wasn’t happy with the end result. Not sure what he was on about because G and I actually really liked the dishes. We ended up getting Chinese takeaway. Boo. He also made some arroz caldo (using arborio risotto rice!) and fried tofu when we were both feeling under the weather. Such a nice comforting meal! 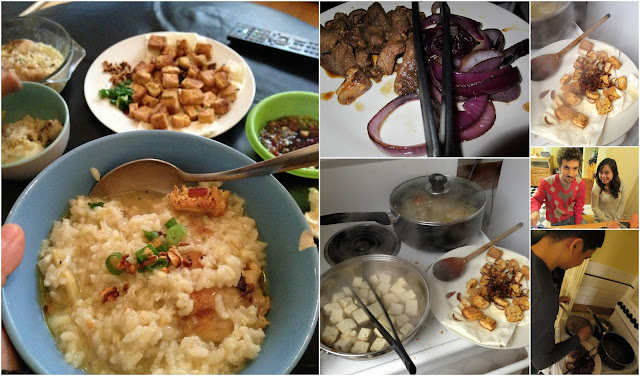 Of course we had to go back to Borough Market for more oysters. If I’m being honest, I seriously think the main purpose of this trip was to get all oyster-ed up. On this lone trip I think he may have had 16 or so. And a massive burger in between, too. 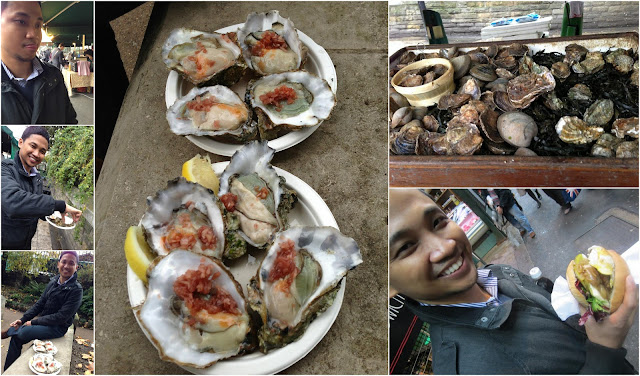 Before you judge us by the size of our bellies, I assure you that we’ve gone on some ‘normal dates’ too. We saw Jersey Boys at the Prince Edward Theatre and watched Skyfall on opening day (quite early in the morning too!). Also did a bit of supposed shopping (because the boy needs a new wallet) and a stroll along South Bank via St. Paul’s. 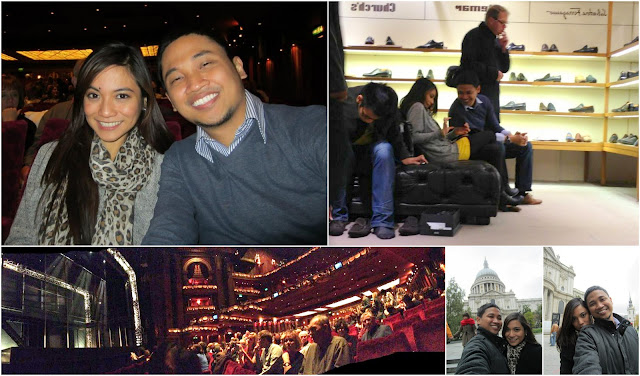 Before we knew it, the week was over and again we had to wait for trains, planes and for time to click out. Goodbyes are never pretty but I’m happy and grateful I got to spend some time with him on my favourite month of the year. Plus, I’ll see him over the holidays anyway. =) 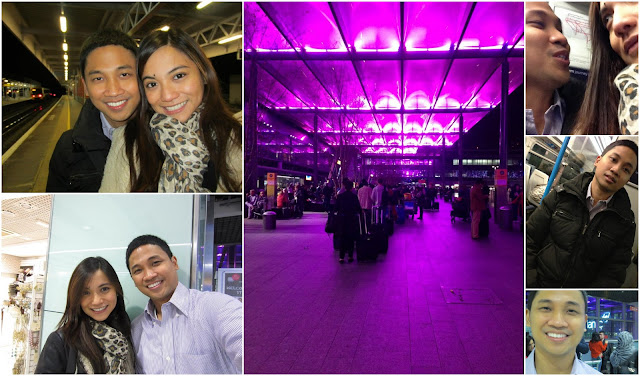 But it goes without saying, I still miss him a lot. Every. Single. Day.