Yesterday I had a massive craving for steak. A big slab of New York strip. Silver label, marble grade 5. Rare and frickin’ juicy.
On my way to the local butcher I realised it was Meatless Monday so I resigned the idea of meat and went back home. The banshee in my belly was going crazy so I raided my pantry. I didn’t have a lot of fresh stuff so I decided to make my tried and tested ‘lazy meal’. It’s healthy, low fat, vegetarian-friendly and ideal for people on the go as it only takes 15 minutes to make: healthy spaghetti and basil pesto. 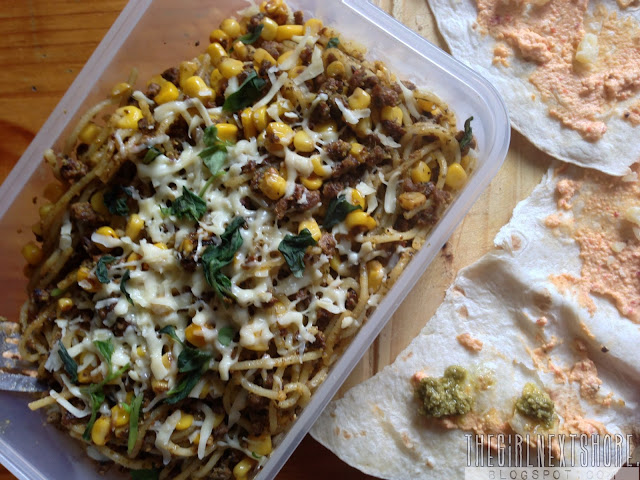 It’s so easy to make as most ingredients are pantry staples. If you skip onions you won’t even need to chop anything and if you use fresh pasta, you’ll only need 10 minutes. Look!
As for your protein… vegetarian mince! Yes, mock meat!
Mock meat products are usually soy- or gluten-based, seasoned to taste like whichever type of actual meat they’re ‘mocking’. I’ve tried a lot of these products since starting Meatless Mondays in 2009. What I’ve noticed is that mock meat requires quite a lot of seasoning to get a meatier punch, and heaps of oil to make them juicy enough so you won’t feel like eating cardboard.

I like using Quorn’s vegetarian products (made from a mycoprotein extracted from a fungi called ascomycota instead of soy) because they’re actually pretty tasty and you don’t need douse it in seasoning/spices/oil. Normally, I’d use fresh veggie mince but my local shop ran out so I used the frozen kind. 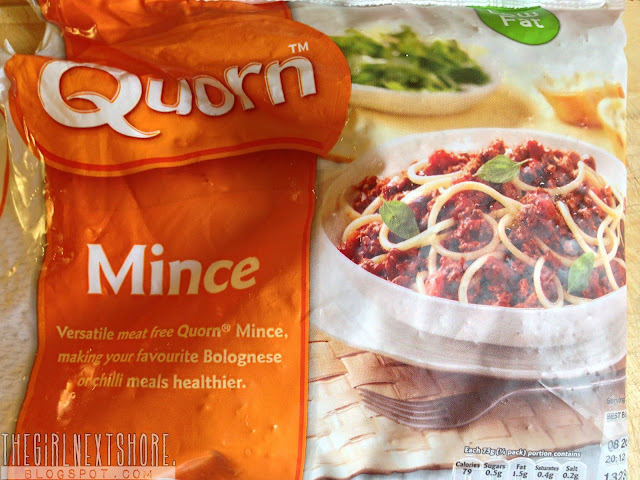 Okay so first you boil your pasta in (extra virgin olive) oil and salt. I usually cook normal spaghetti for 8 minutes max because I find that this is al dente at its best. However as I’m using gluten-free pasta, I cooked it for 10 minutes. 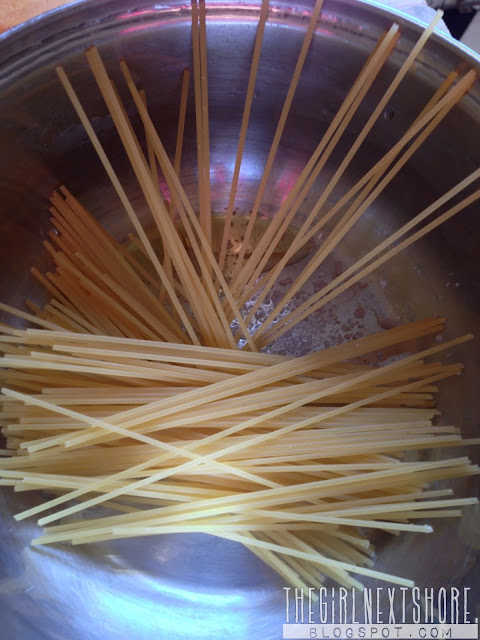 And then you start frying your veggie mince in olive oil. The fresh type takes about three minutes to brown, the frozen takes twice as long (but you don’t need to defrost it) on high heat. 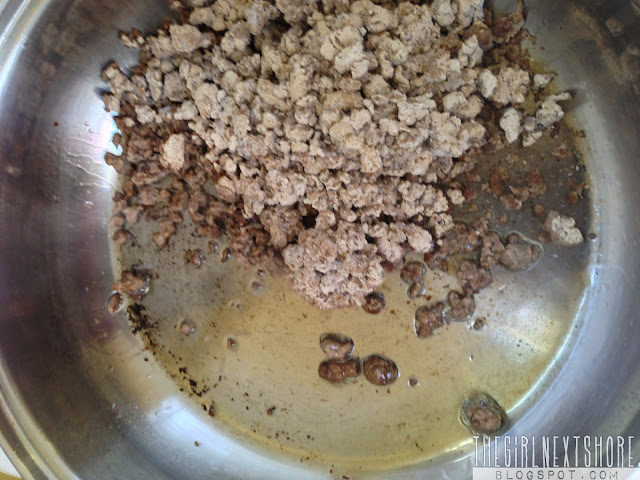 You can then add whatever seasoning you like. My triumvirate for mince: Worcestershire sauce (to enhance the beefy flavour), paprika (for a bit of smokiness) and cayenne powder (for heat). I also sprinkled this batch with mixed herbs and garlic powder. 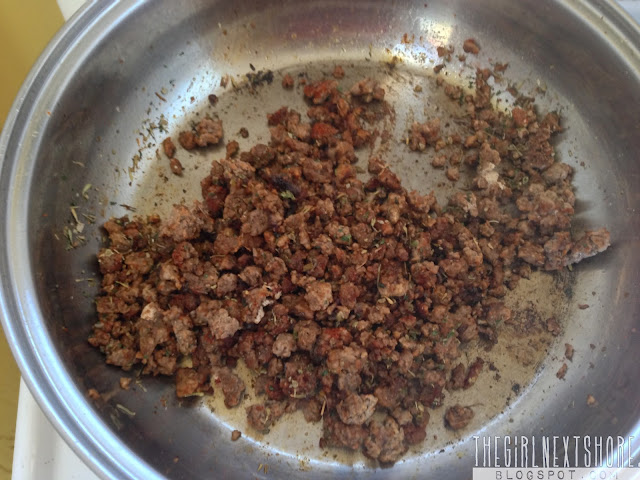 My extender of choice? Sweet corn. 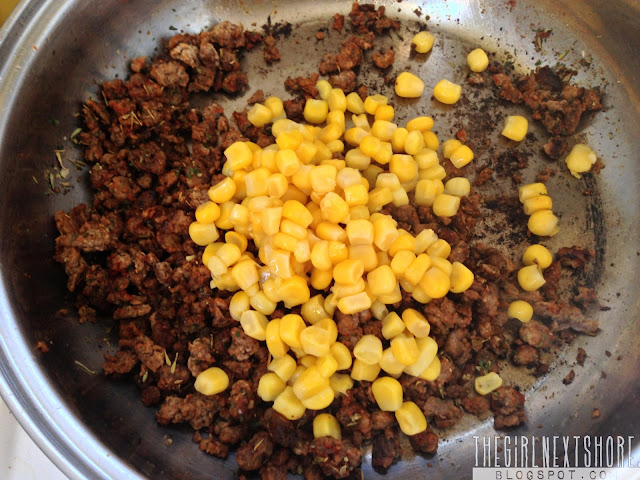 When your pasta is cooked to your liking, pour into the mince. Make sure the pan is on low heat as you wouldn’t want to burn the noodles! 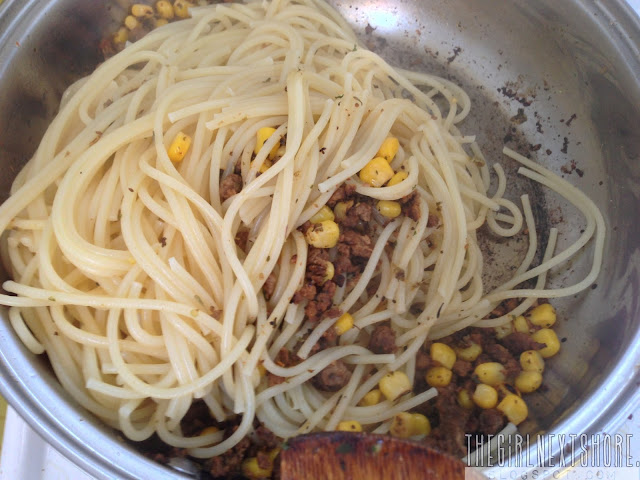 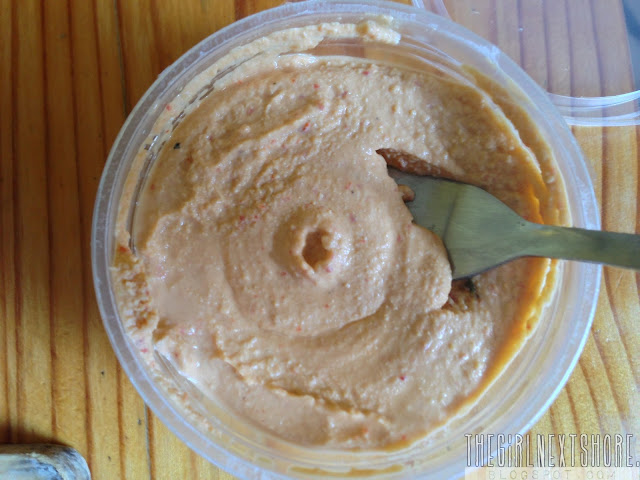 This gives your pasta a bit of a tang and a nice, creamy texture. 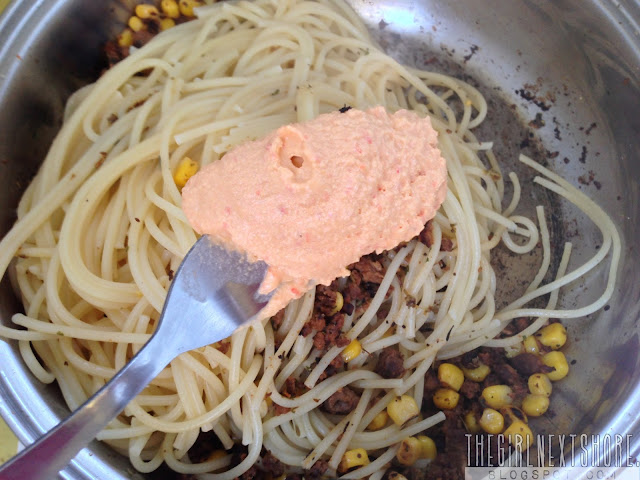 And then you also put your pesto. 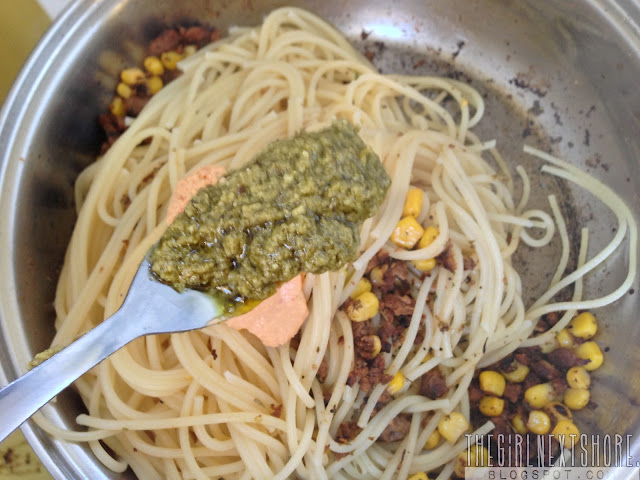 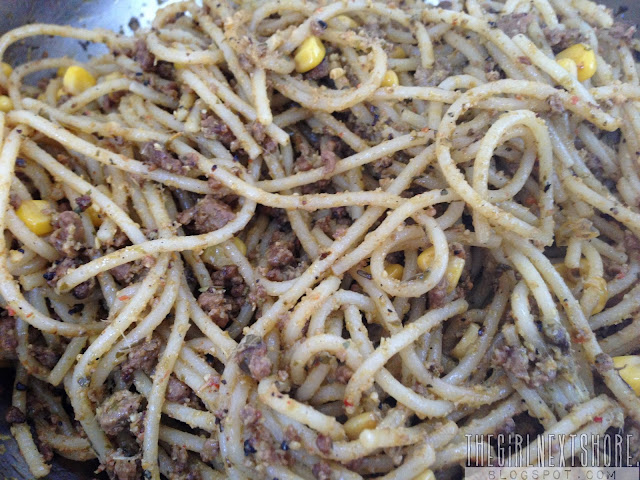 And eat! I’ve sprinkled my pasta with fresh pepper and basil leaves, and a wee bit of grated (and melted) mozzarella on top. I didn’t use salt at all (and most of the stuff were either reduced salt versions or fat-free) as the pesto-houmous sauce is already salty on its own. 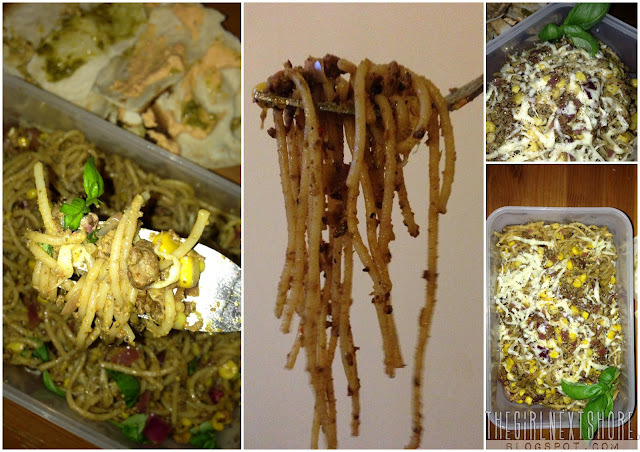 There you are. It’s one of those reliable, substantial meals because it’s filling and easy ie after a long day at work and you don’t have the energy and time to put effort into cooking. Plus it’s fairly healthy too – I used gluten-free pasta and vegetarian mince (which contains 77% less fat than normal beef mince) so anyone who dreads pasta shouldn’t be afraid of this.
Enjoy!