I love me a good steak and I get excited whenever a steakhouse opens in town. I’ve been meaning to visit Chop Shop since its launch last fall but I’ve heard so many mixed reviews about it so, like a date you’re unsure about, I kept flaking. Last week I had a chance to go on steak night date night so I finally got to visit. 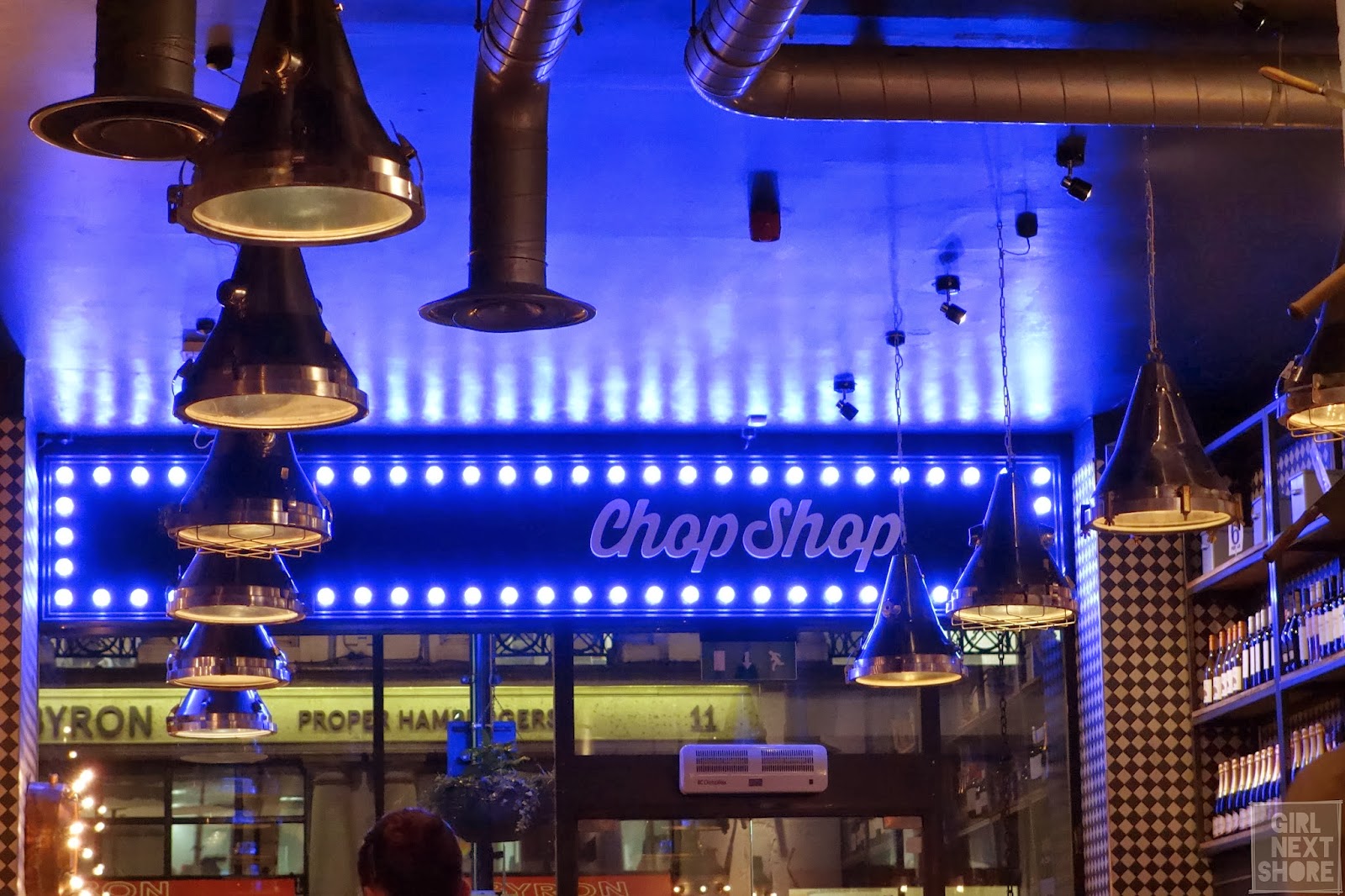 This restaurant is a collaboration of Chef Michael White (of 2-Michelin-starred Marea in New York) and local restaurateur Will Guess (Rowley’s Steakhouse & The Rum Kitchen). It’s butcher-shop inspired, highlighting chops and steaks NYC via London style. 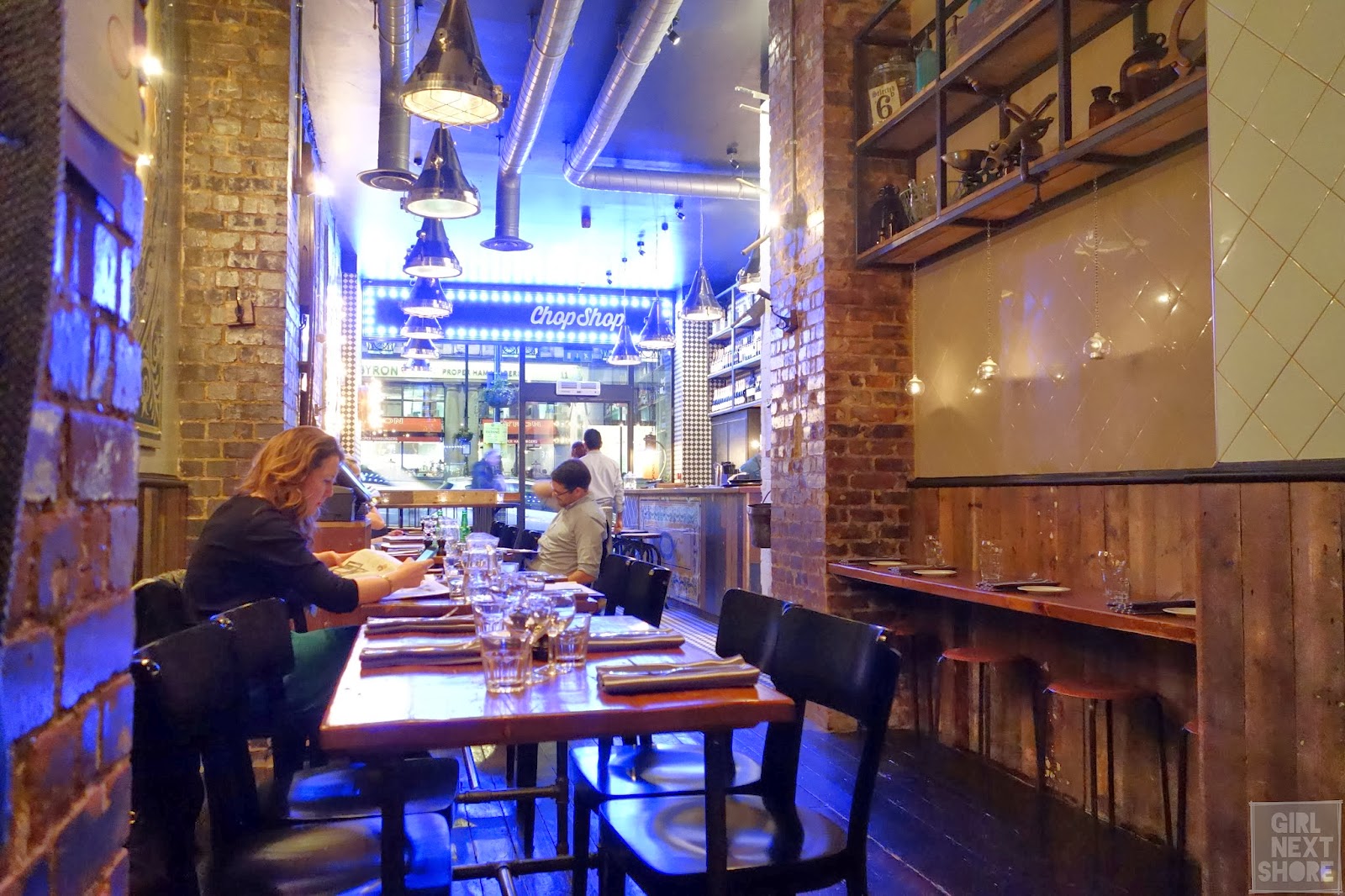 The place had, unsurprisingly, a modern industrial feel with its exposed brick walls and ceiling: the very same New York vibe most London restaurants have been trying to achieve in the past few years. It does look cool and I’d say it’s appropriate but I kind of miss eating at restaurants without subconsciously fearing a pipe would burst or fall onto my head. 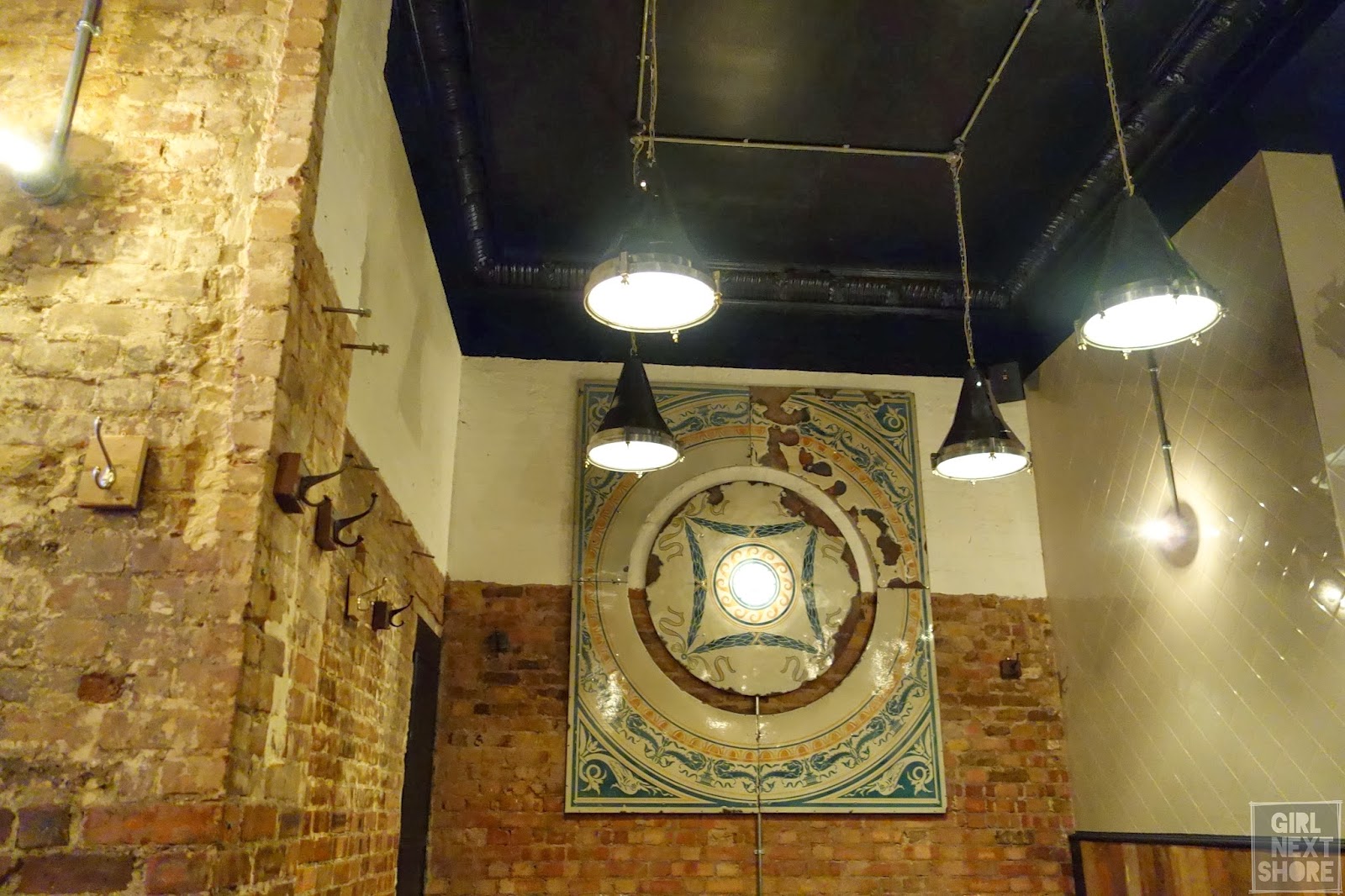 My date, Ate T and I pondered over the menu. Chop Shop starters are designed for sharing (unless you have a massive appetite) aptly categorised into “Jars”, “Crocks”, and “Planks”. You’re encouraged to have some of these before going for their selection of mains. 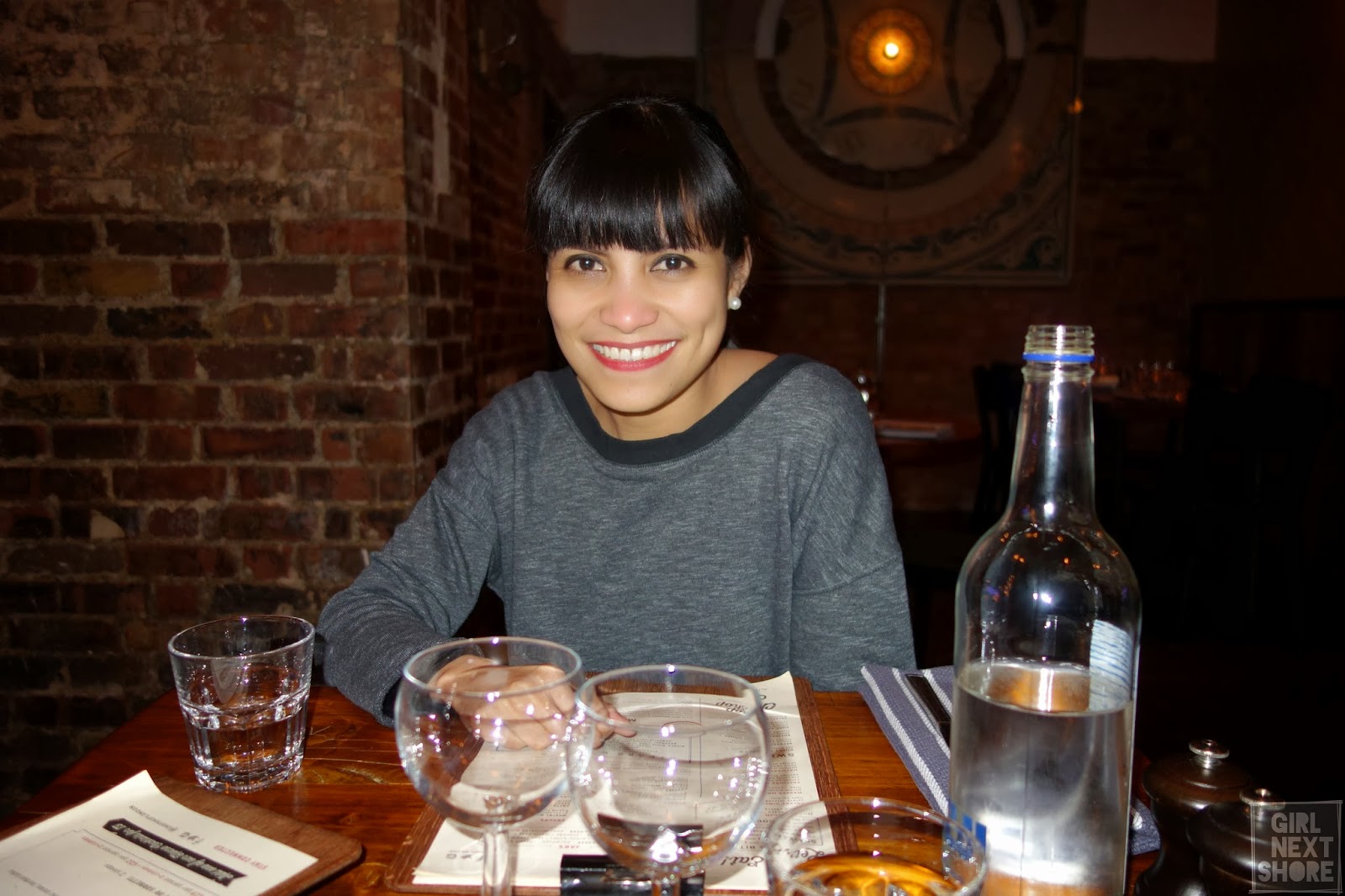 We ordered two jars to begin with: white onion (£5) and duck liver mousse (£7). They serve this with some really nice, toasted, buttery bread. I was a bit underwhelmed with the duck jar as it was slightly too hard for my liking and the foie flavour was amiss. The white onion was quite surprising, though. It was creamy, lush and perfect with the slices of toast. 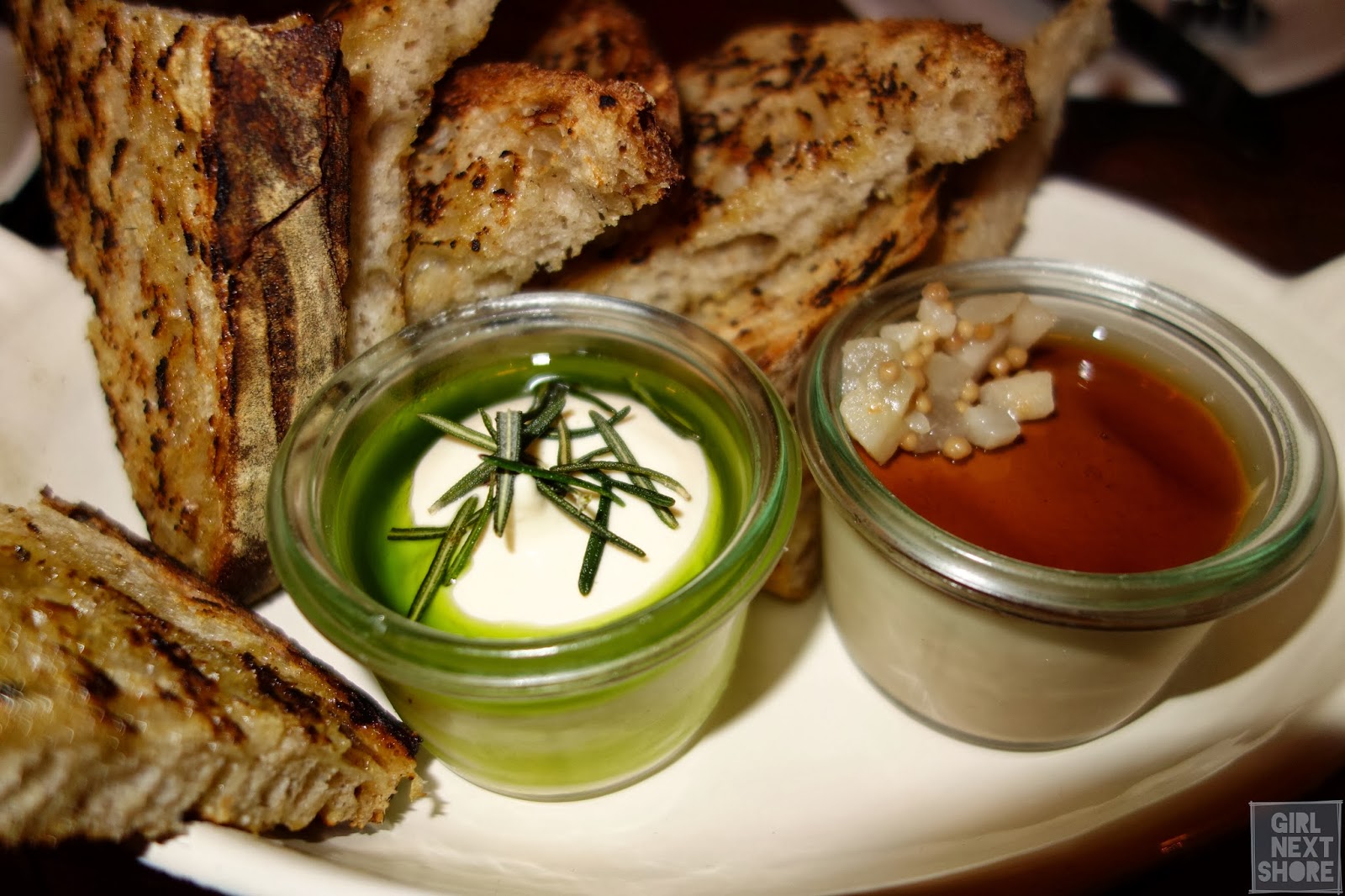 I ordered the Royal Blush (£9), a decent concoction of vodka, cherries, sparkling wine and mint. 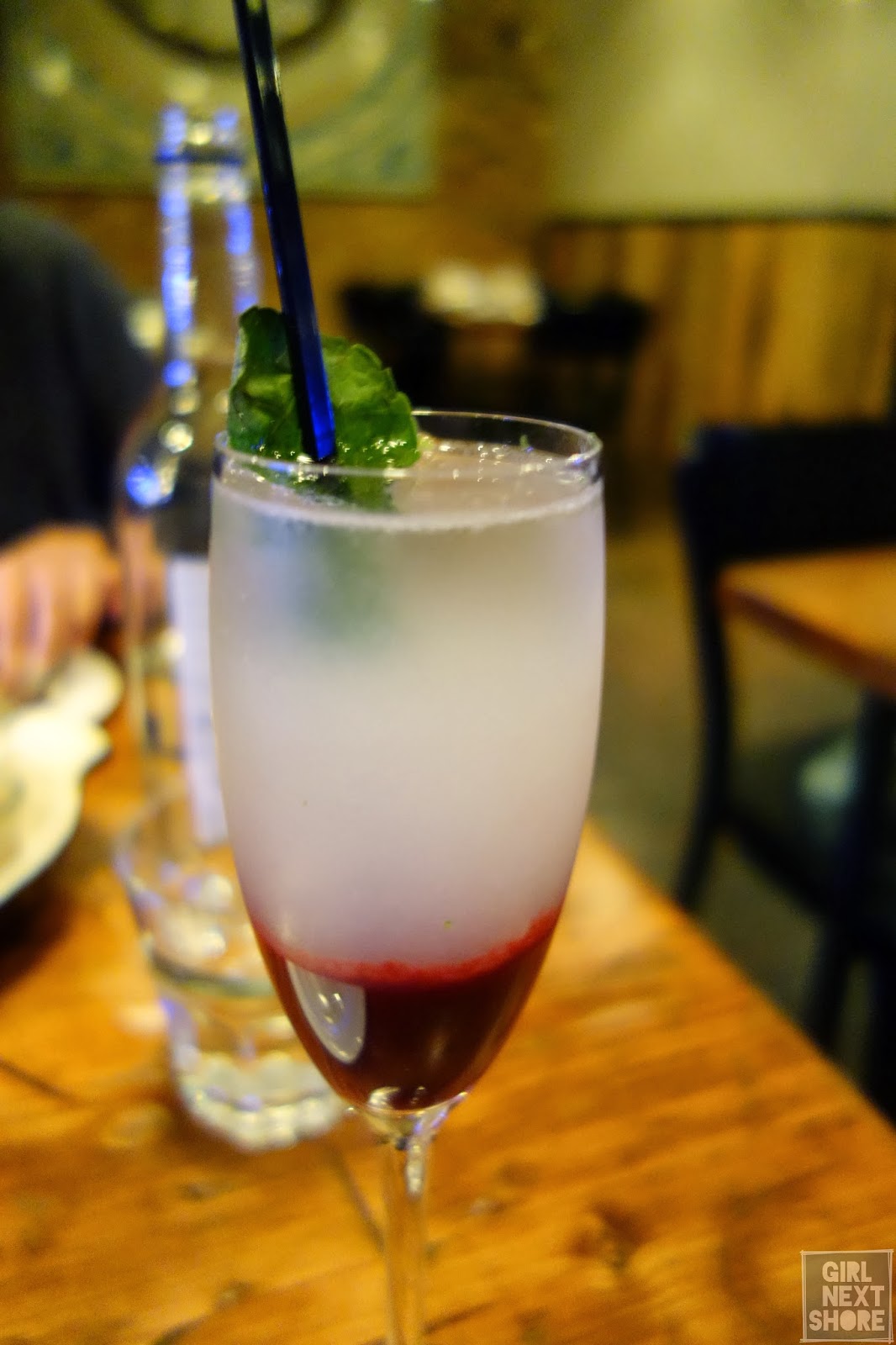 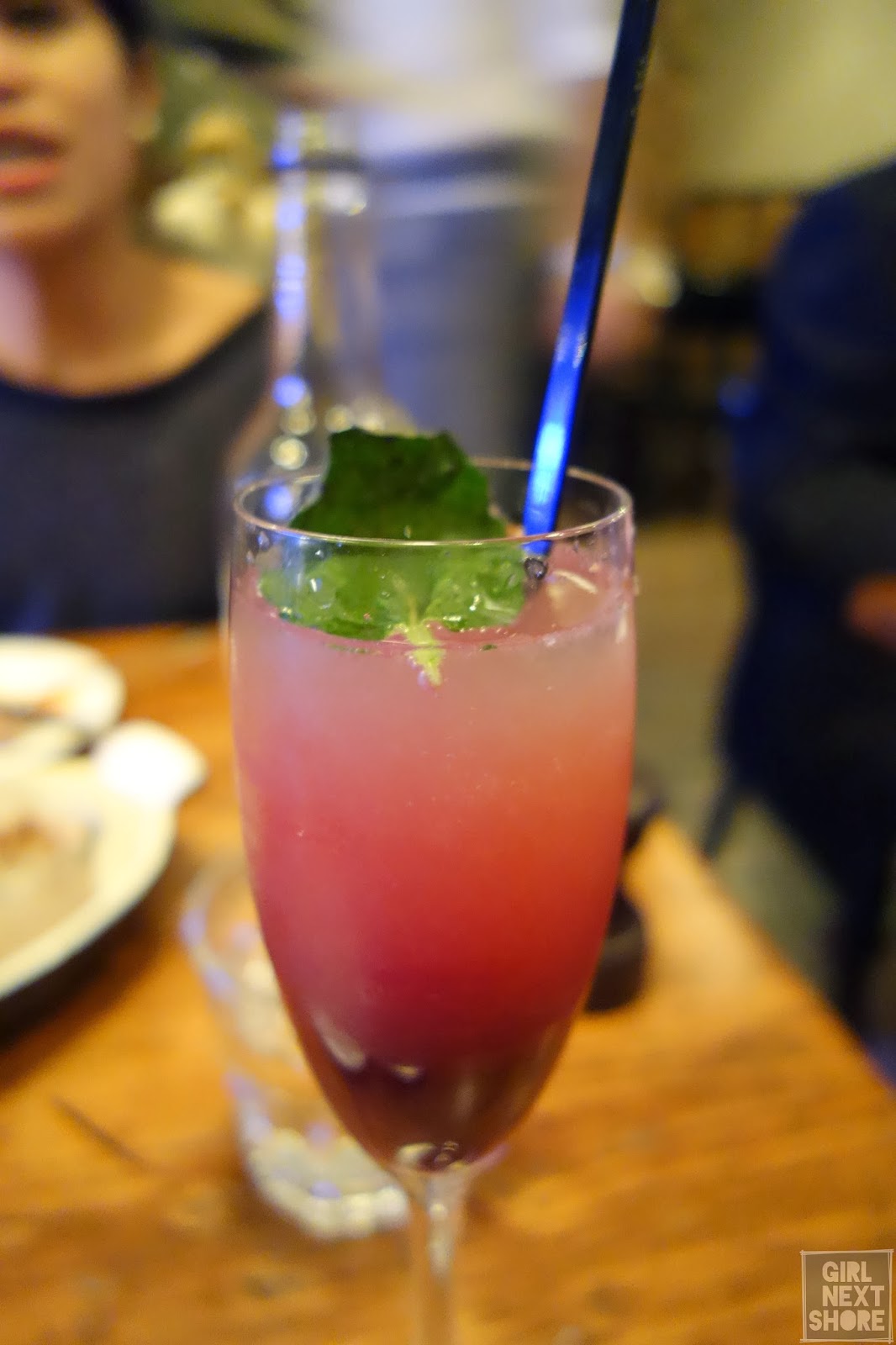 I was pretty giddy with my drinky. 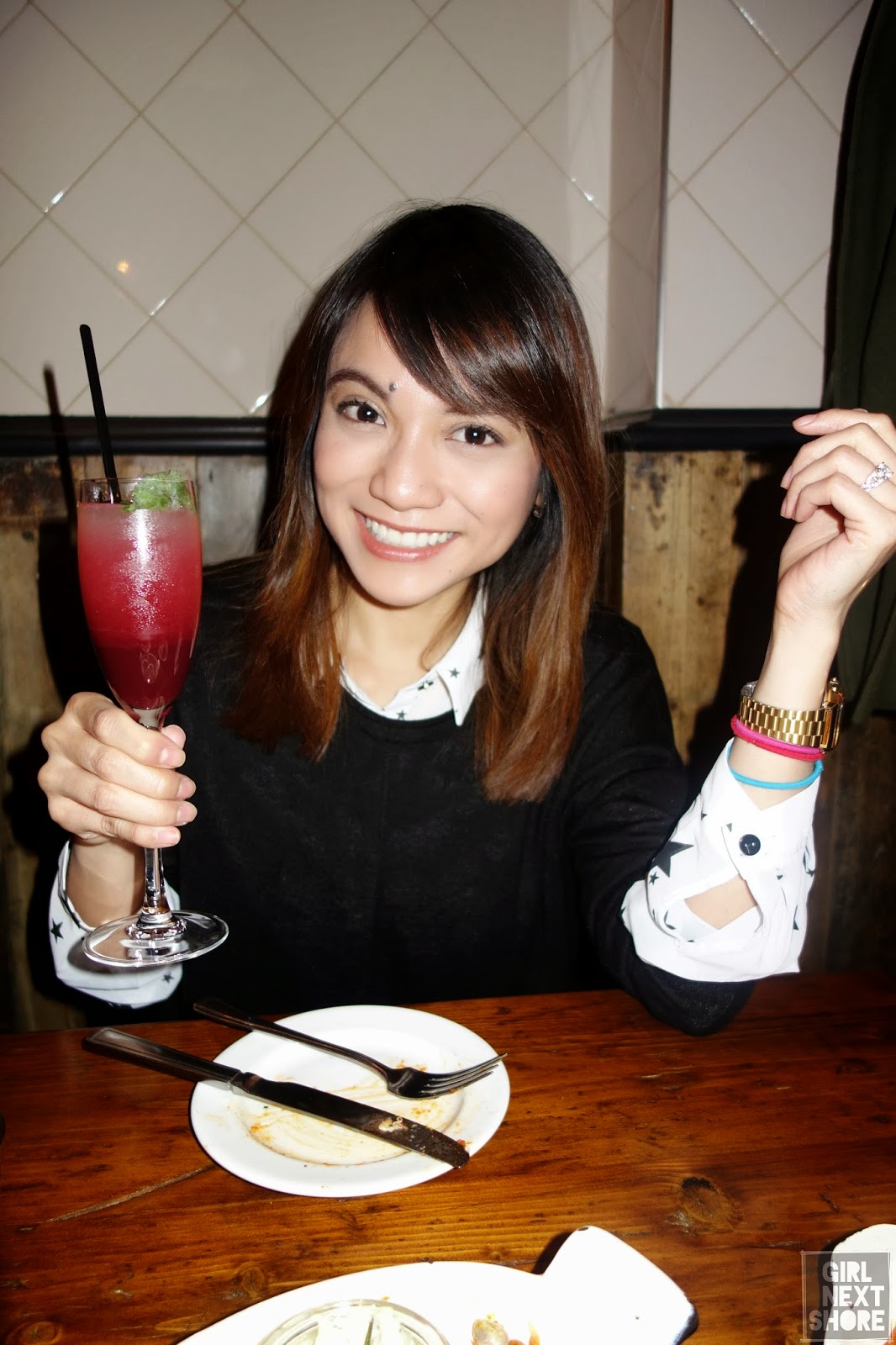 We ordered crispy hot wings (£6) which went down a treat. The batter was soaked in that gorgeous buffalo sauce you get from genuine NY-style wings but they were still very crispy and the spicy kick was pretty damn good. The cachel blue cheese dip was a good cooler, but I personally love it without. 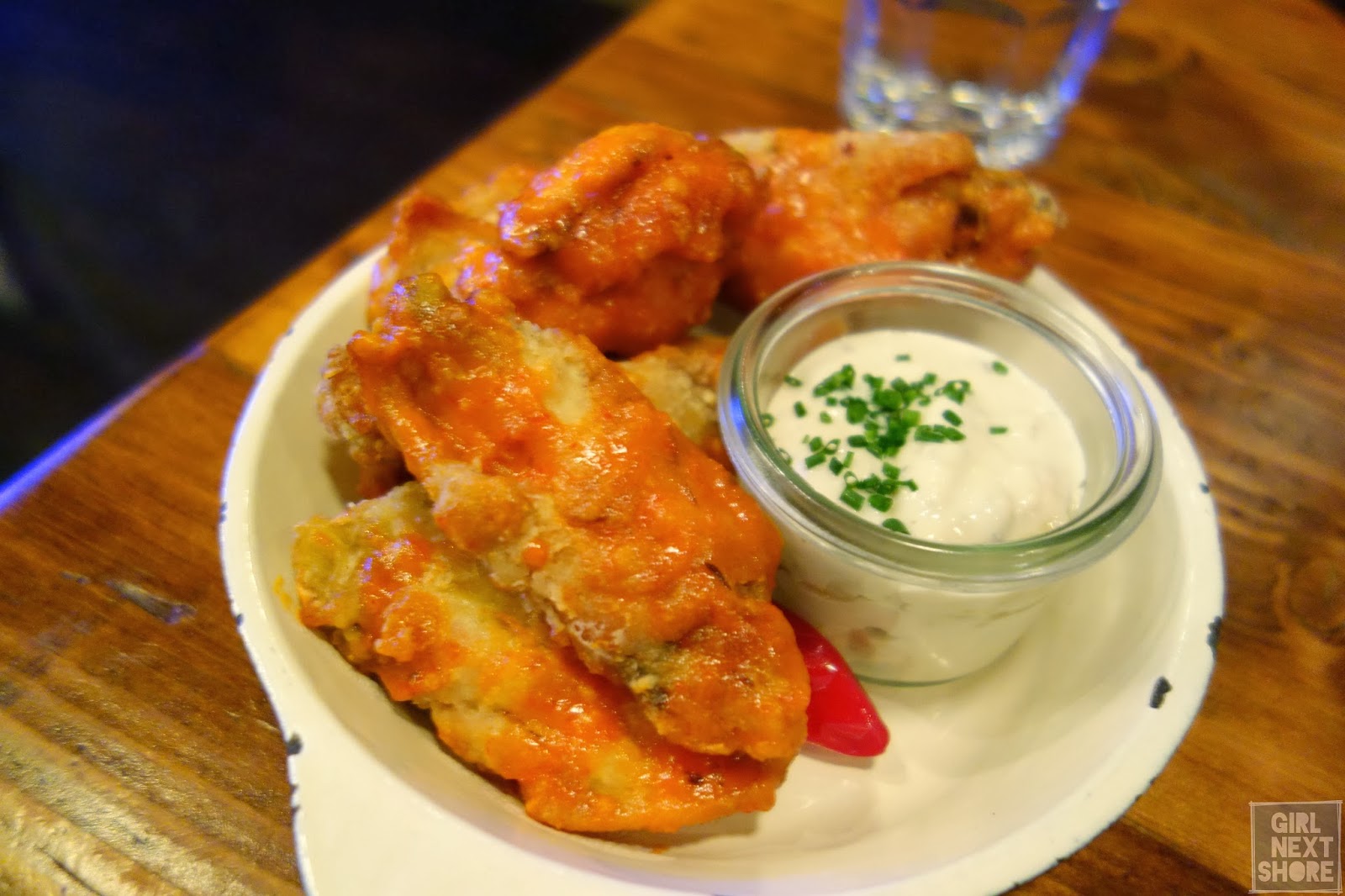 I ordered the Creekstone USDA hanger steak (£16). The hanger steak (better known as the onglet) is cheaper than most cuts of beef but it definitely packs in a richer, fuller flavour. 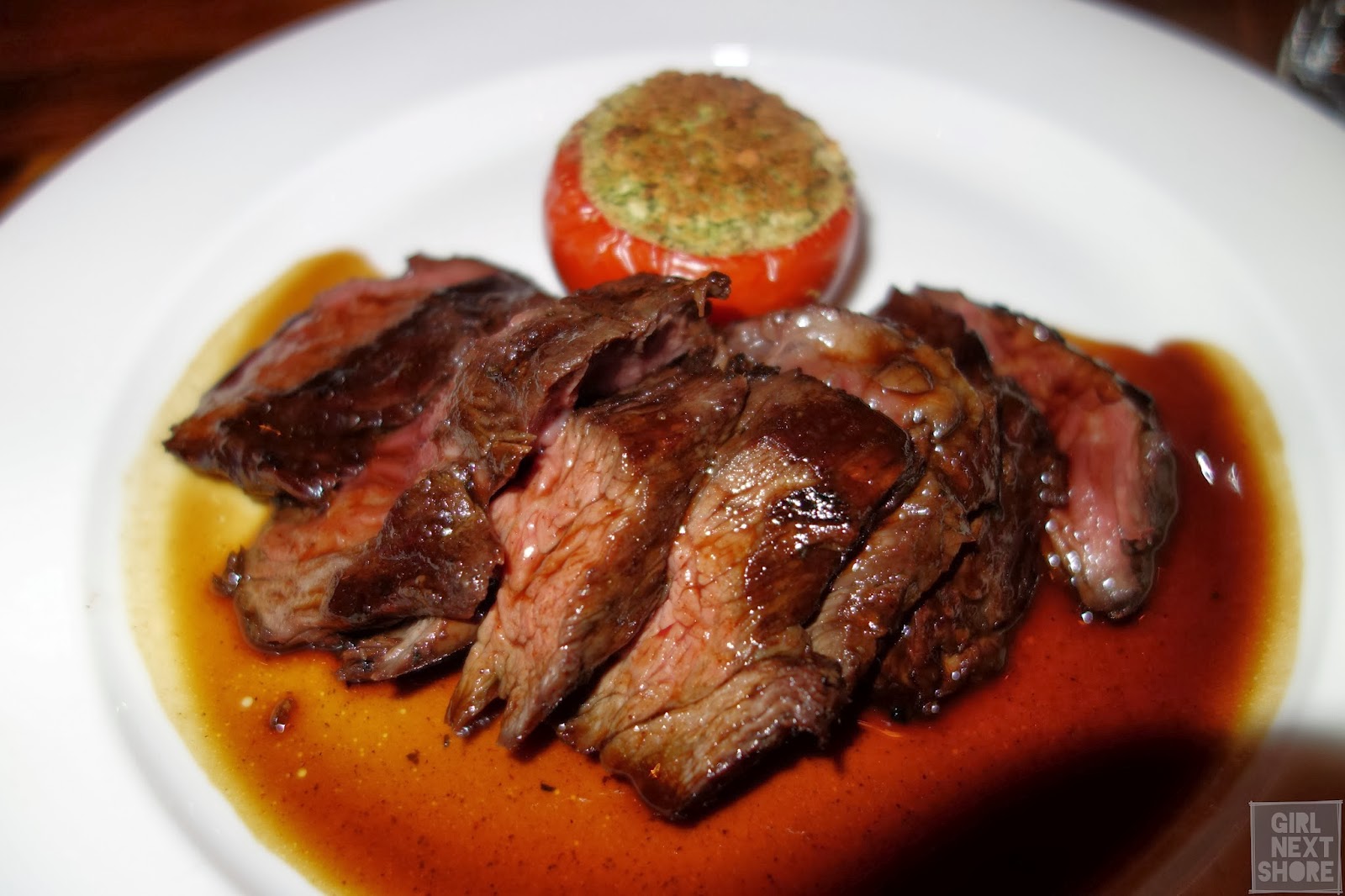 I tend to go for rare steak, but went for the medium rare option so as to not scare my date. 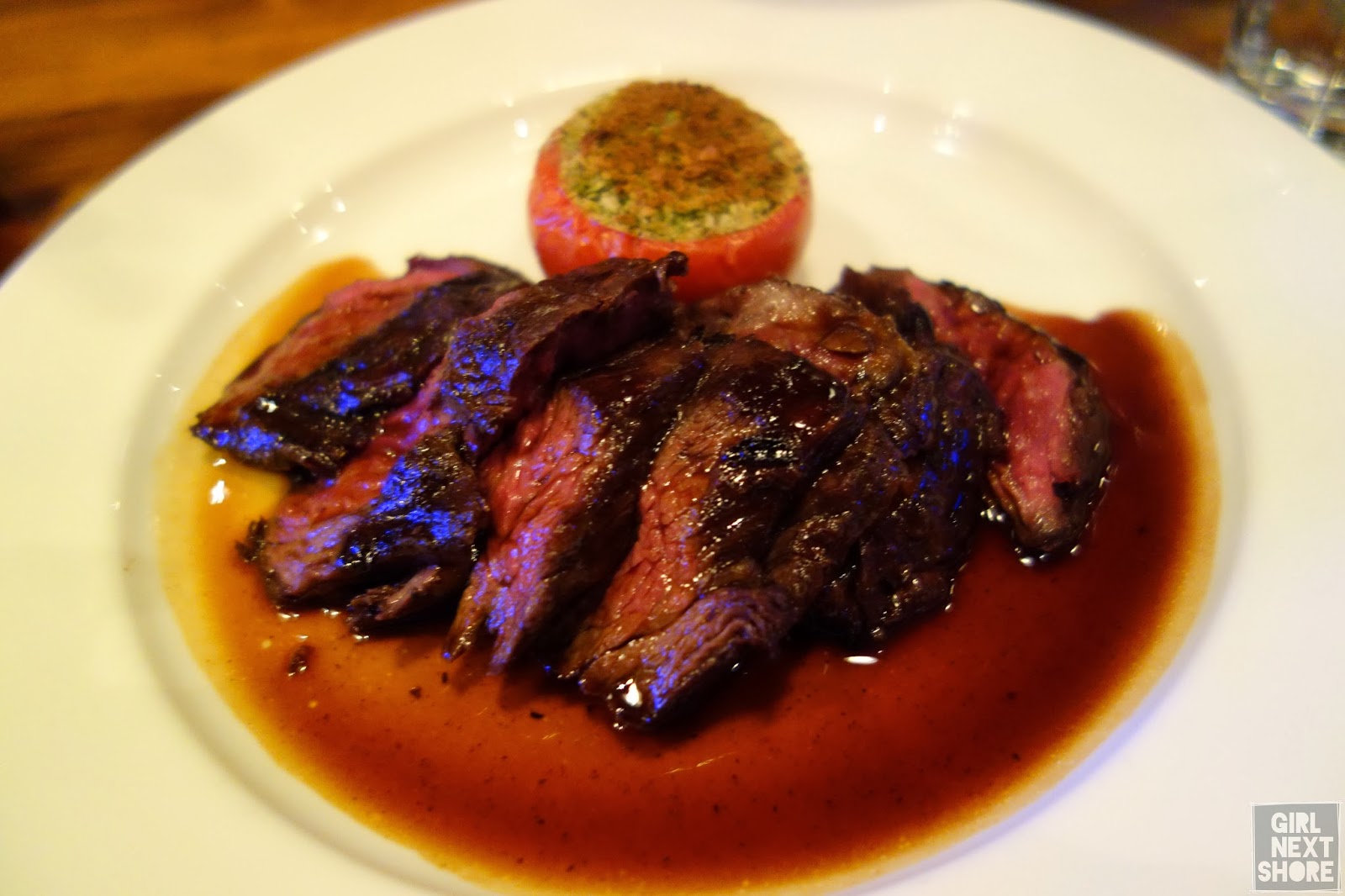 I was actually impressed with how it turned out. The quality of meat is good – tender, juicy and not sinewy at all. moreish. I wish they’d season it a bit more though. 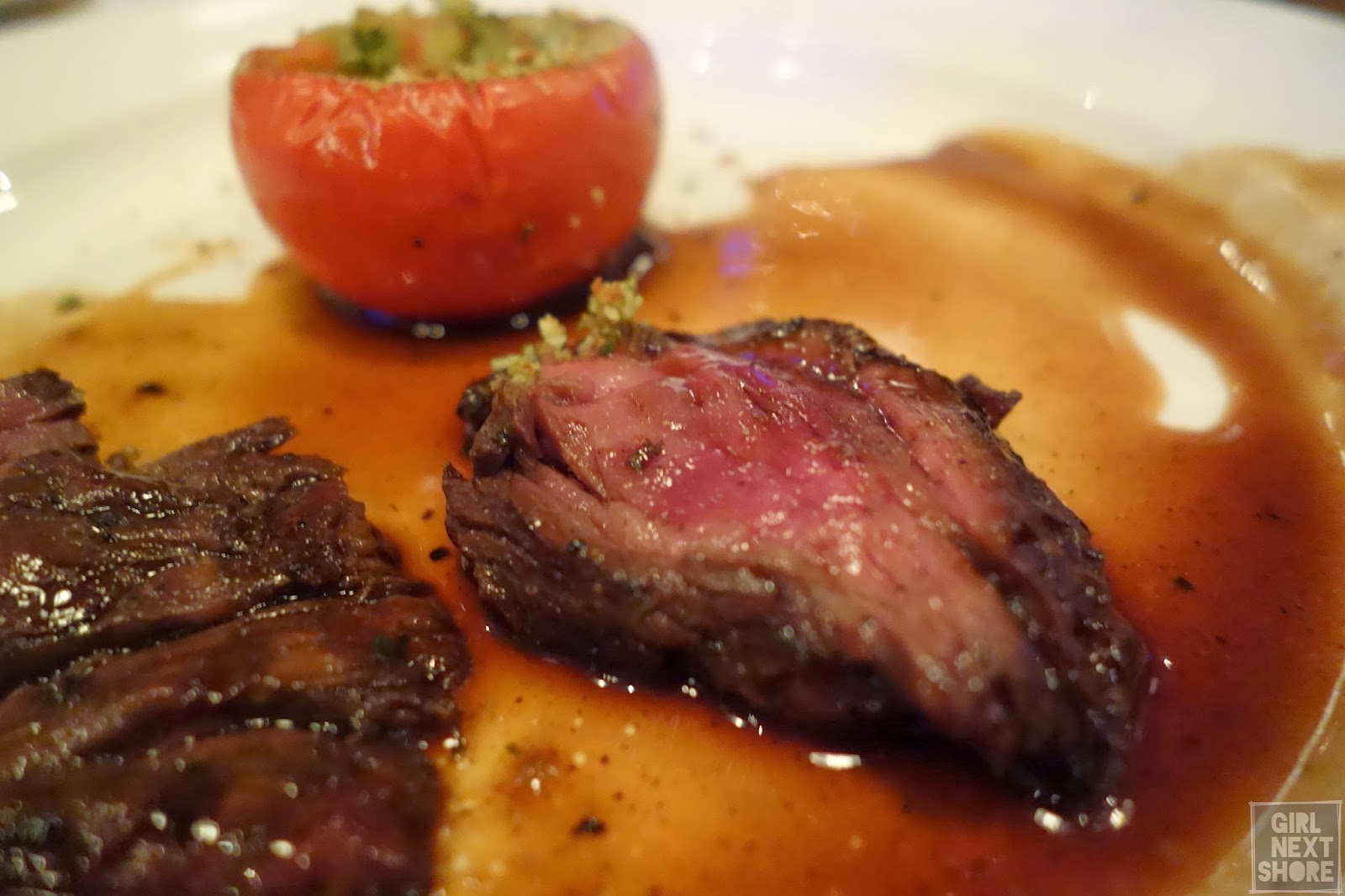 They serve it with a tomato stuffed with some sort of parmesan-herb thing. And fries, crispy from tip to tip, just the way I like ’em. 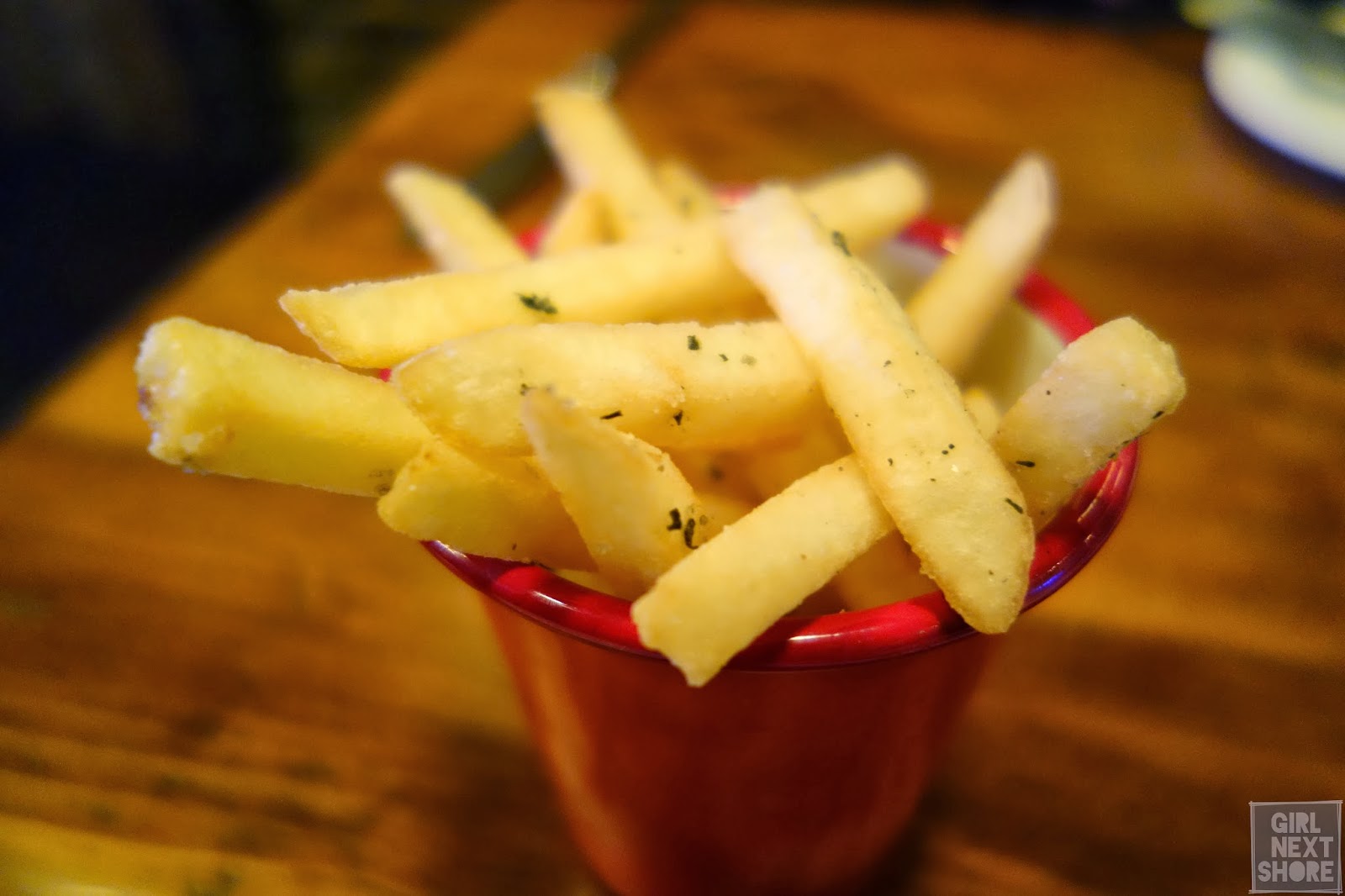 We also ordered the pan fried cod (£16) served with a side of white beans and capers. The server made a booboo handing our plates asking “Who’s having the salmon?” and I was a bit perplexed. I think this is a seasonal treat, I’m not quite sure. Anyway, the fish was cooked nicely but immensely underseasoned. The beans were quite bland too – it tasted like succotash sans corn and I wish they added something acidic or salty = maybe more capers and maybe a bit of bacon – to bring the flavour full on.

We were stuffed after our mains but we just had to have dessert. The sticky date pudding (£5) was a pretty good end to our meal. It was very much balanced and wasn’t stodgy at all. 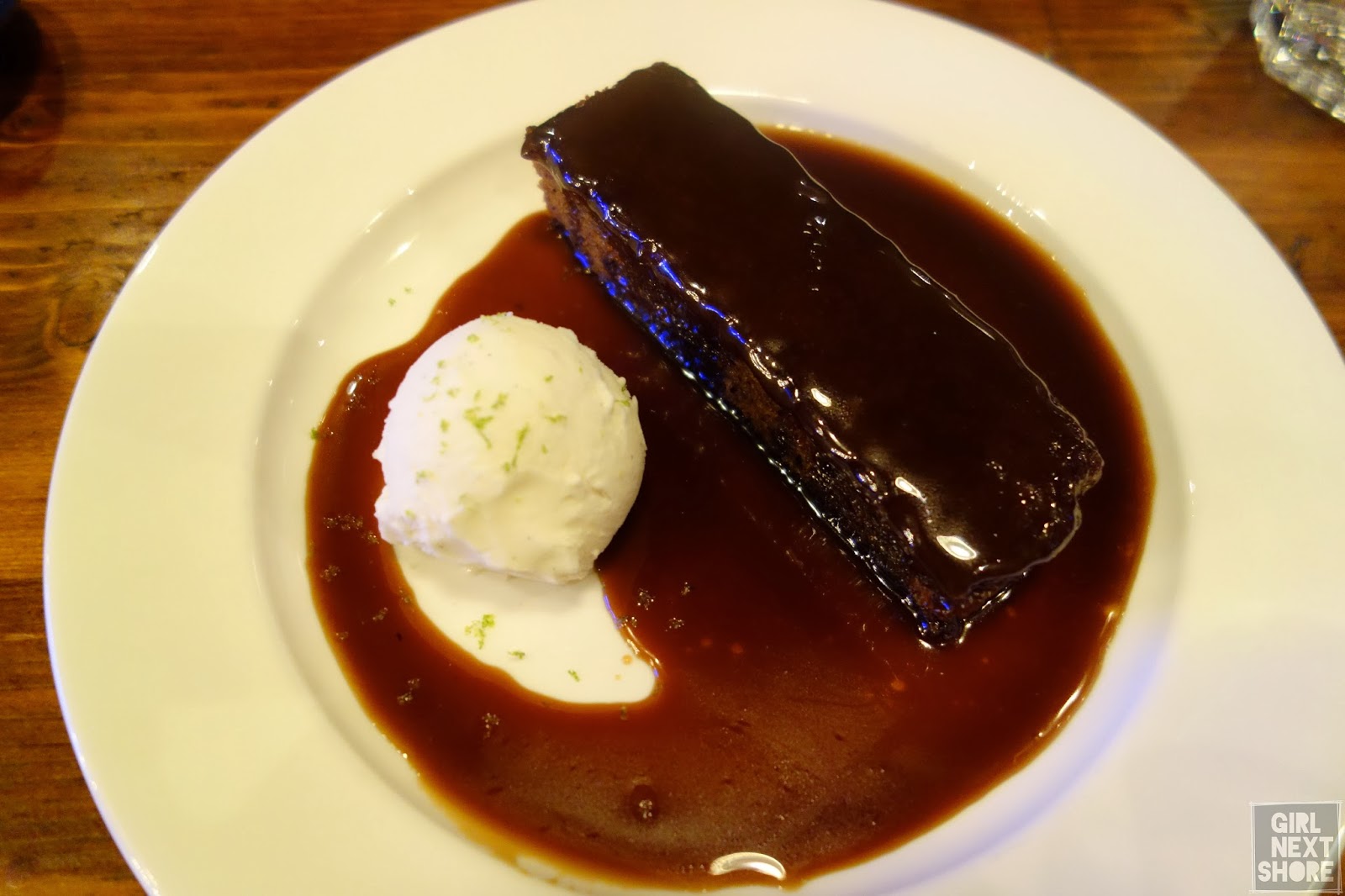 I’d say we’ve had more hits than misses on food and I think I can say the same on service. Front of house was really great and were really lovely but our actual servers (we had three – three to cover one table?!) seemed lost (see fish course example). There was a guy who stood by our area and every time we called him he’d revert us to someone else. Another server kept asking if we were okay and if we needed stuff which was nice but the server who brought our starters was really abrupt and slightly bordered on rude. I’m rather confused. 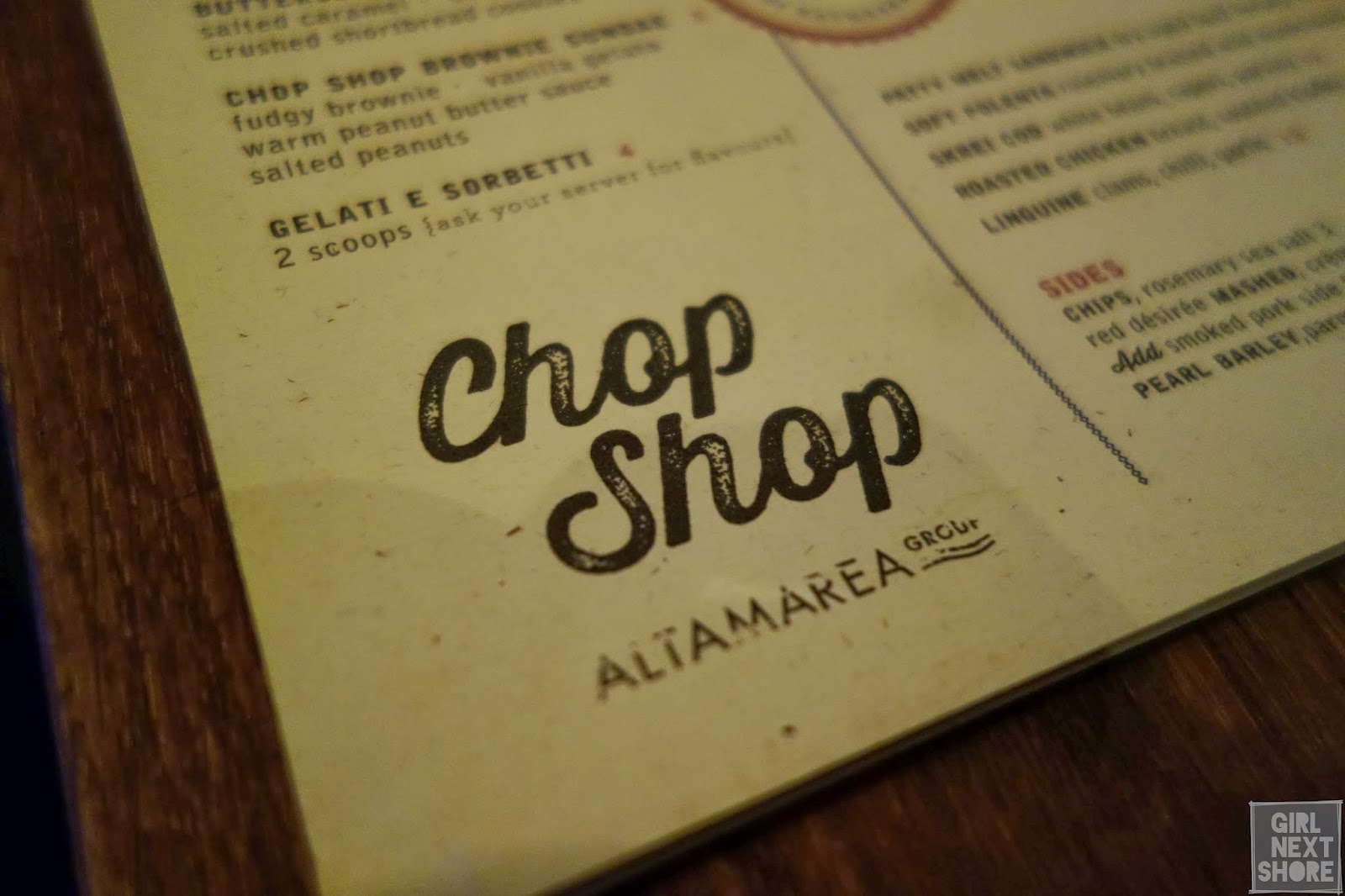 Overall, I think Chop Shop has a lot of potential. The place is very chilled out so it’s nice to bring some friends for decent conversation, or a date you’re unsure about. The food’s steady, especially if you stick to the stuff they do best. I’m not sure I’m super in love with it yet, but I like it enough to go on a second date.