I’ve been seriously dreaming of crabs. The crustacean, mind you. Not the nasty one. If I were to describe my idea of food nirvana I’d hand you a plate of foie, cheese, a chunk of rare fillet steak, and a heap load of crabs.
Plaid Boy and I met up with some friends at Long Beach, Dempsey Hill for a serious feast. Whilst selecting our dishes off a set menu I couldn’t help but notice the gorgeous seafood in the tanks next to us: lobster from the lochs of Scotland, crabs from Australia, Sri-Lanka and Alaska, oysters from Canada, etc. 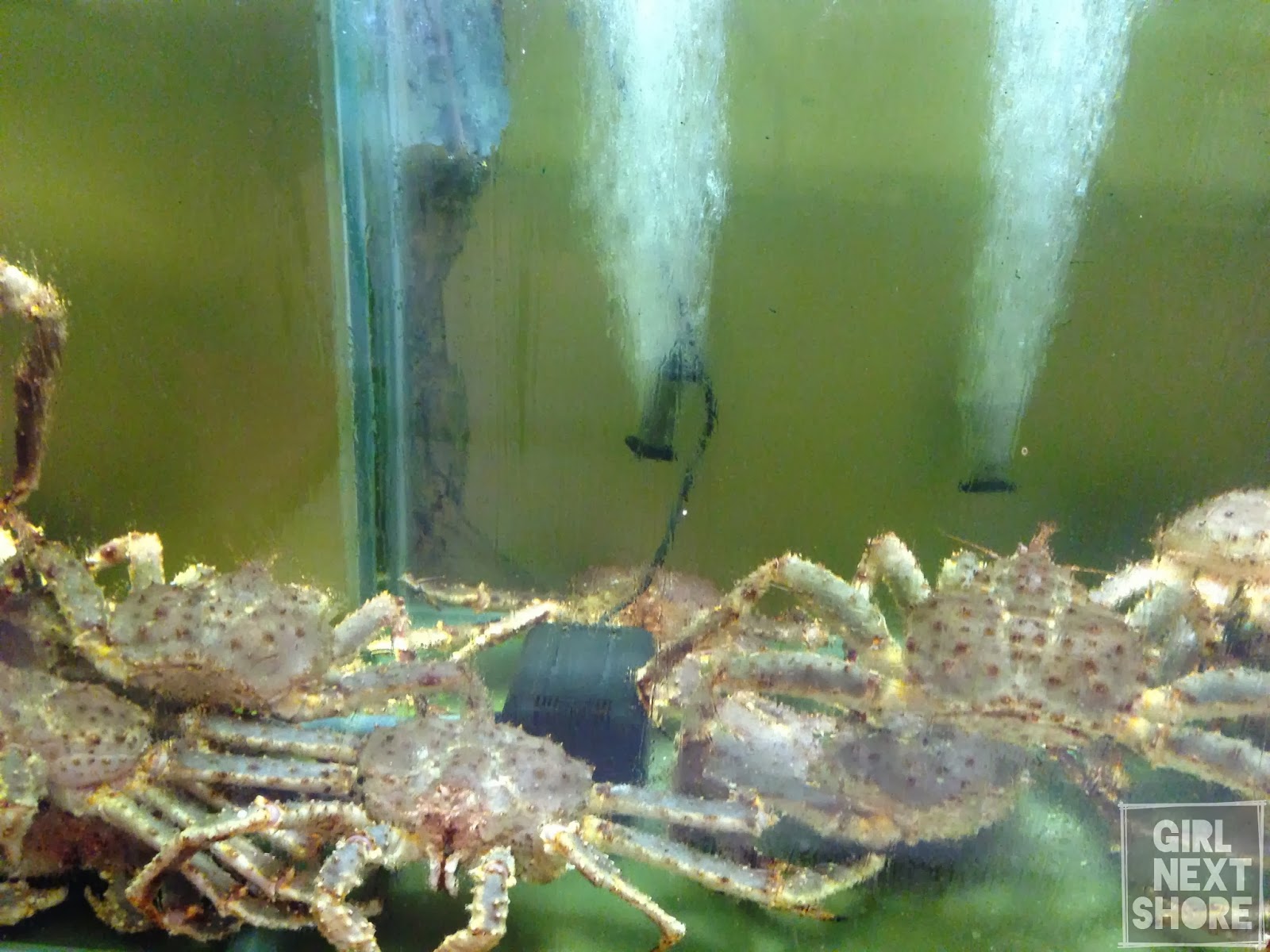 There was one particular crab that blew me away for his spectacular showmanship. We shall call him Craig. Craig put up such amazing leg work. We already had some of his cousins aboard from the set menu but it almost felt like a crime to not let him grace our table. Long Beach offers 30 ways to cook crab anyways so we figured we’d try two in one sitting.

Whilst Craig went to the kitchen for a costume change, we decided to have a play with his one of his massive buddies. Check out those guns! I was sh*tting bricks when we took this shot, not just for me but for Plaid Boy’s, uh, man parts too. 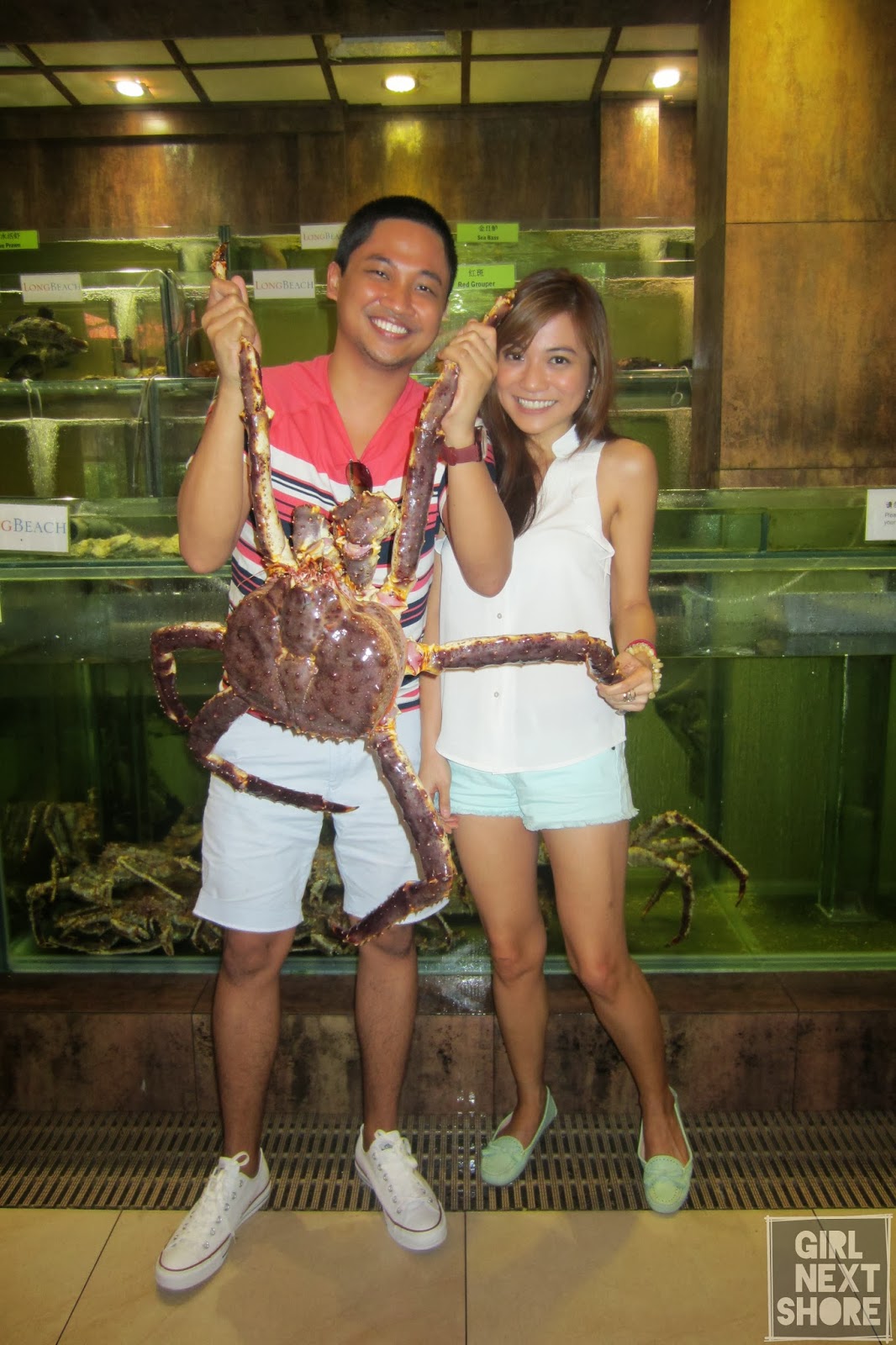 As I’ve said we opted for a set menu. The staff are easy to negotiate with so if you want to change some items with something else, you can do so. There was a lot to eat. What you see on the table is practically just half of what we had. 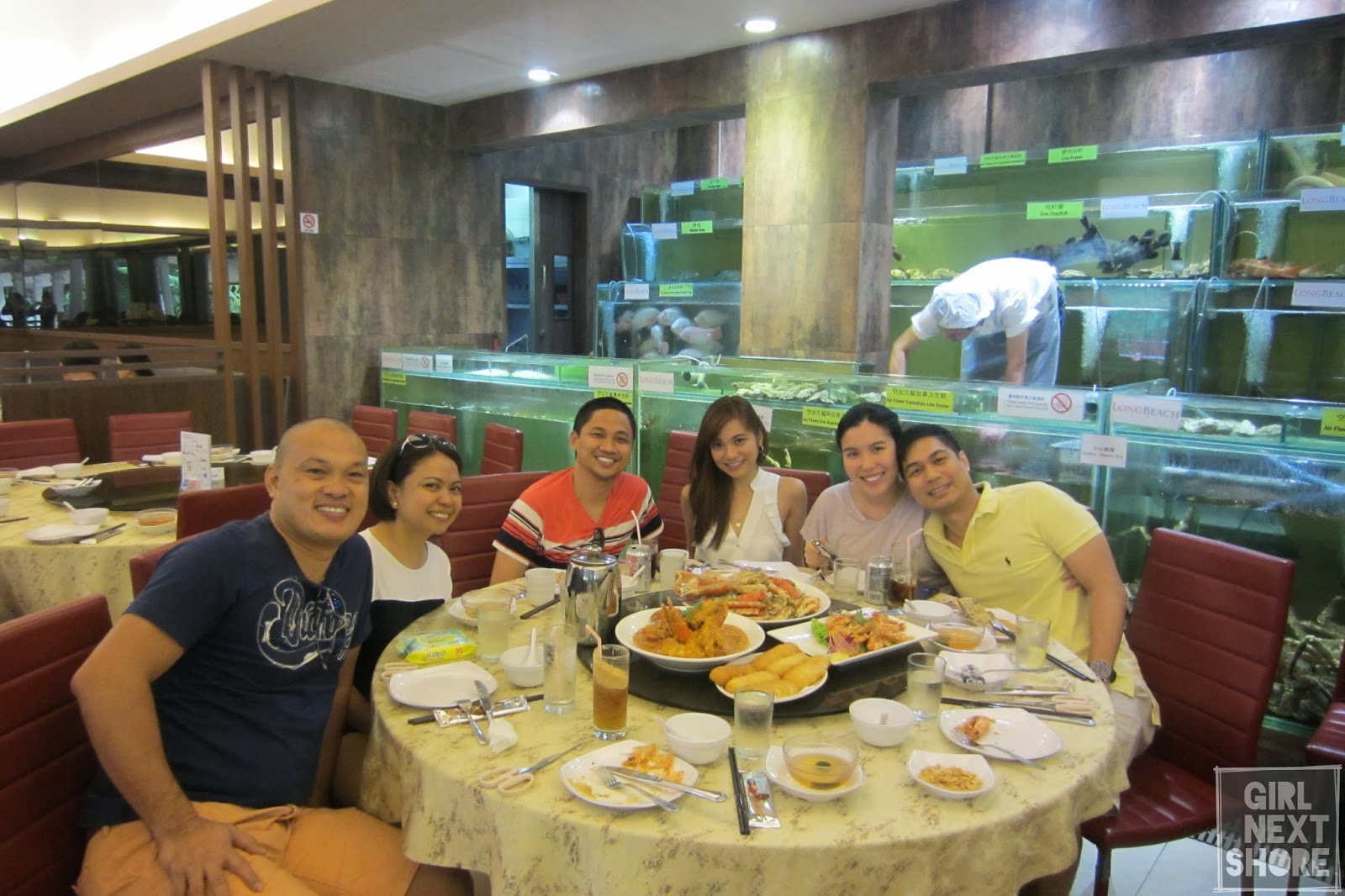 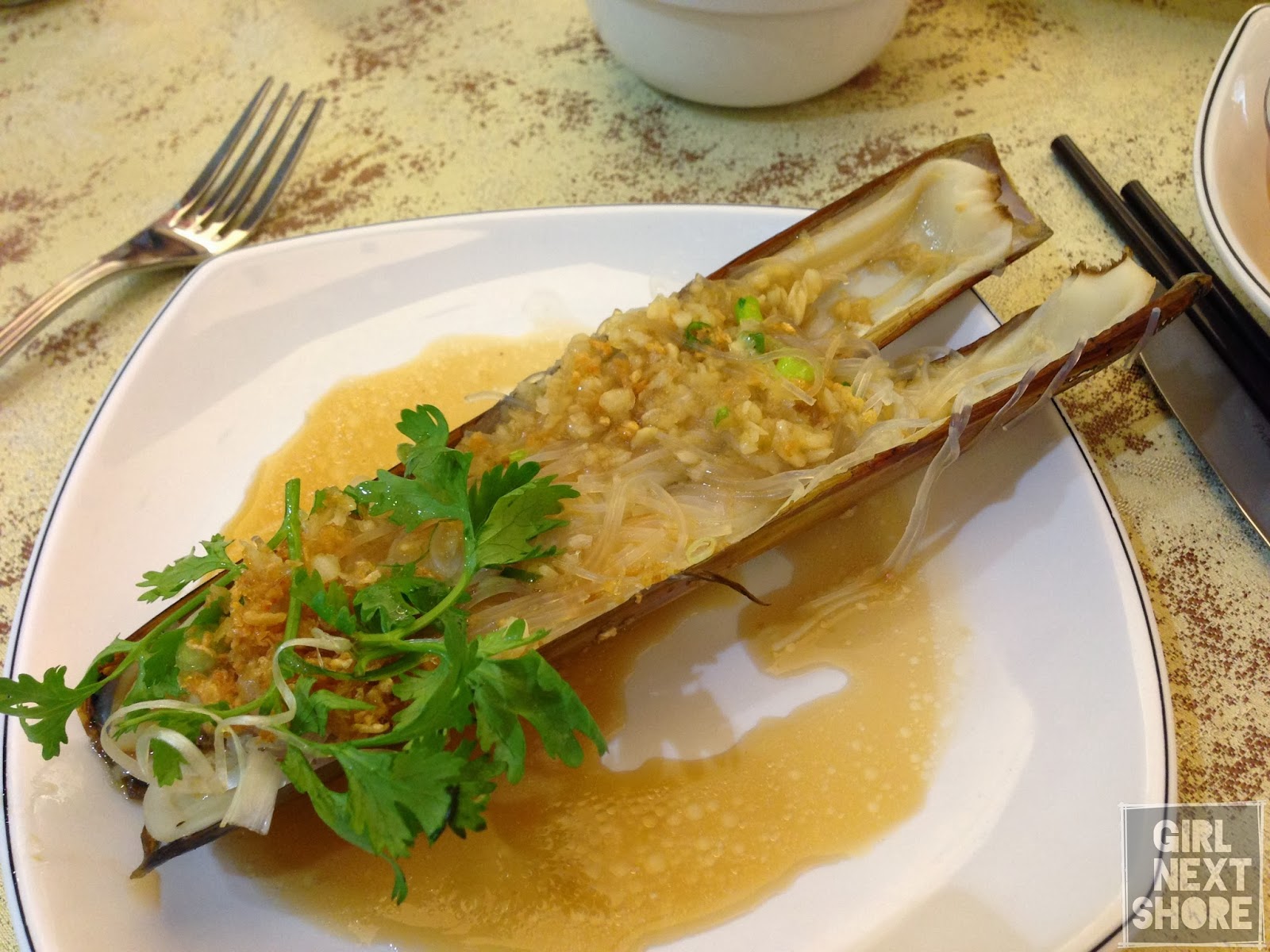 We had steamed razor clams with glass noodles and fried minced garlic to start. Razor clams have a distinctly delicate taste and I was unsure it would shine with all the noodles and garlic on top. I was wrong – the clams were beautifully cooked – soft with the right amount of chew – and were clearly the star of the show. 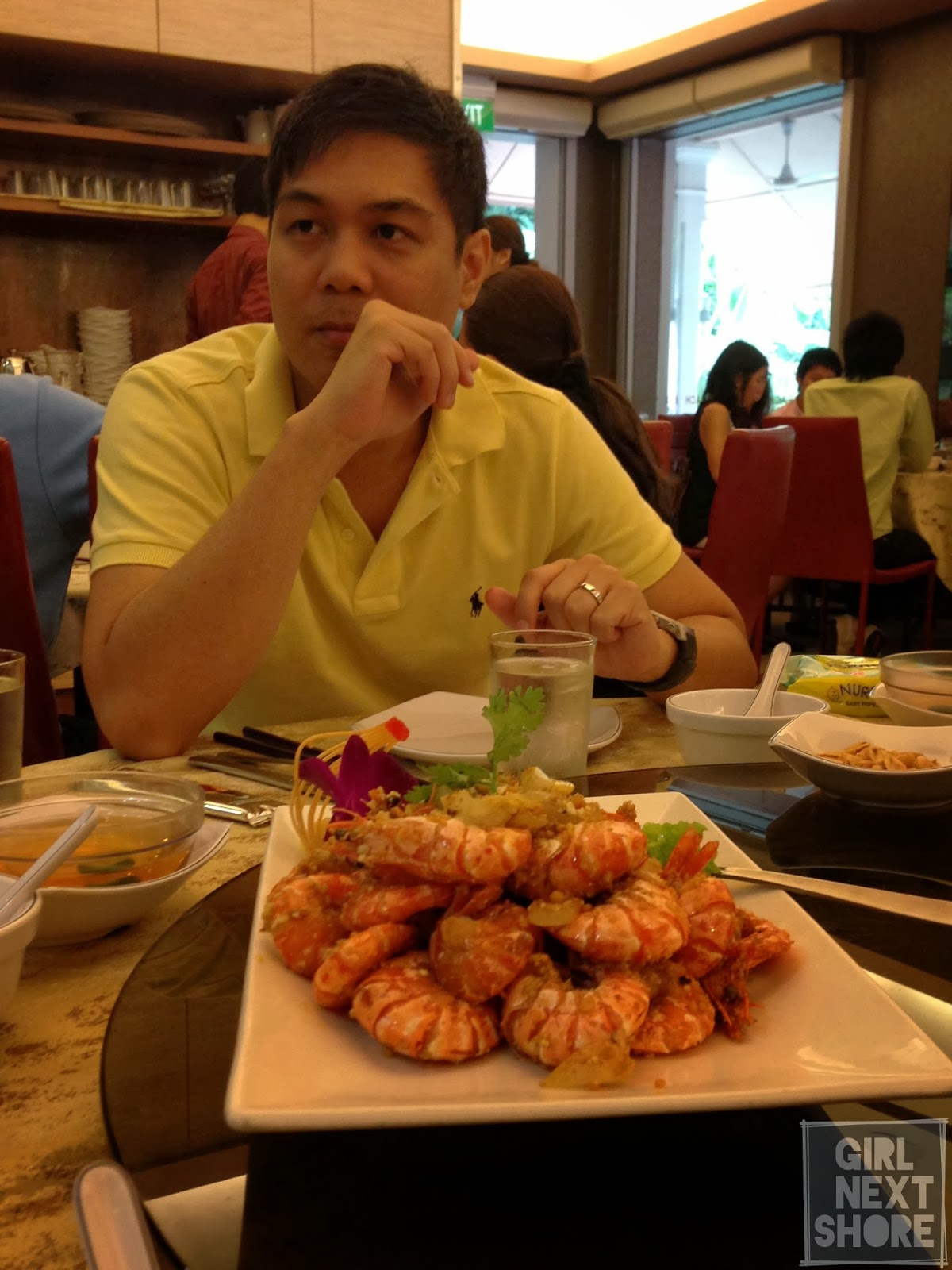 We had salted egg prawns as well which interestingly did not taste of salted egg (which I suppose was a good thing for people with egg abhorrence genes like me). A bit of miscommunication there, although to be honest nobody really made this pansin that much with all the other bits we ordered! They were done well, shame they didn’t taste the way they were supposed to. 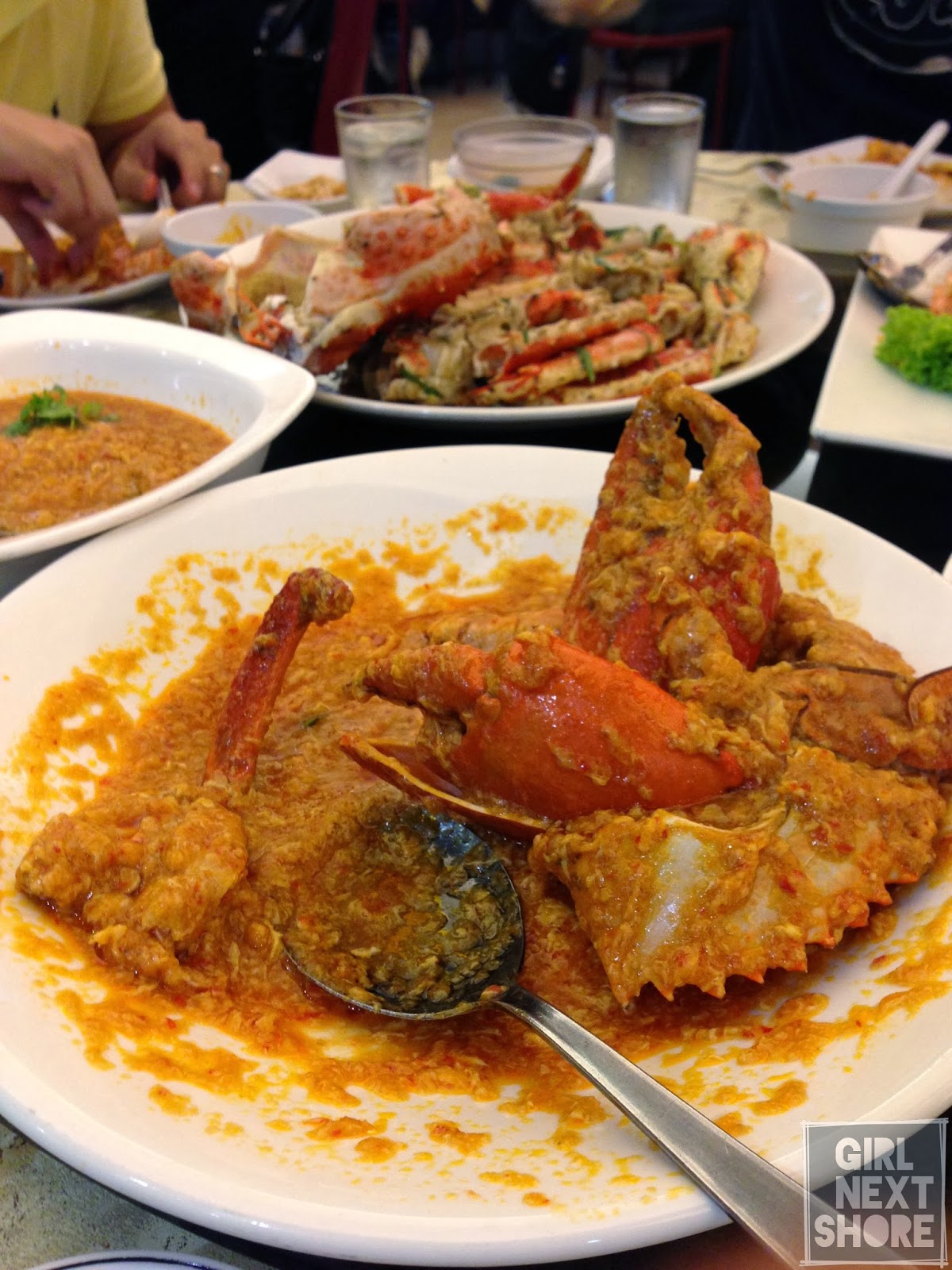 Of course we had chilli crabs. The Sri Lankan crabs were meaty with sufficient crab fat. They served us a separate bowl for extra chilli sauce which we happily dipped our man tou in and topped our rice with. I thought the thick, dense sauce was a bit too sweet, masking a little bit of the crab flavour. We sucked the hell out of those crustaceans but nevermind being messy. It was still good. And it didn’t end there.
All hail the king Craig in his white pepper glad rags : 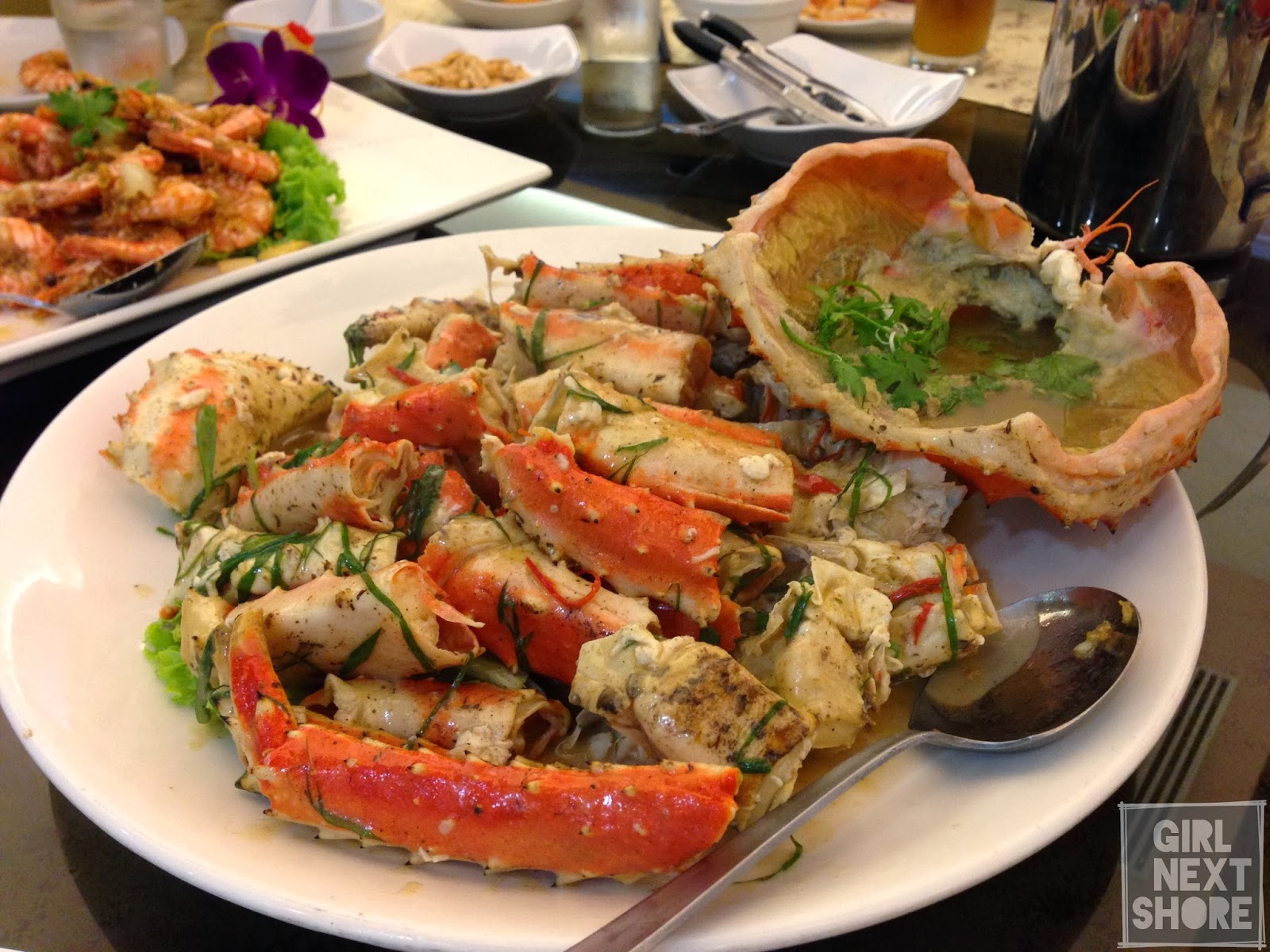 Long Beach is noted as the “original creator” of black pepper crab but we opted for the white pepper version instead. Super good move. The white pepper flavour is bold and is atypical to most oriental dishes I’ve tried (ie soy based). Reckon some people might miss the slippery sauce from its black pepper counterpart but the crab is juicy enough that you’d end up licking your fingers after. 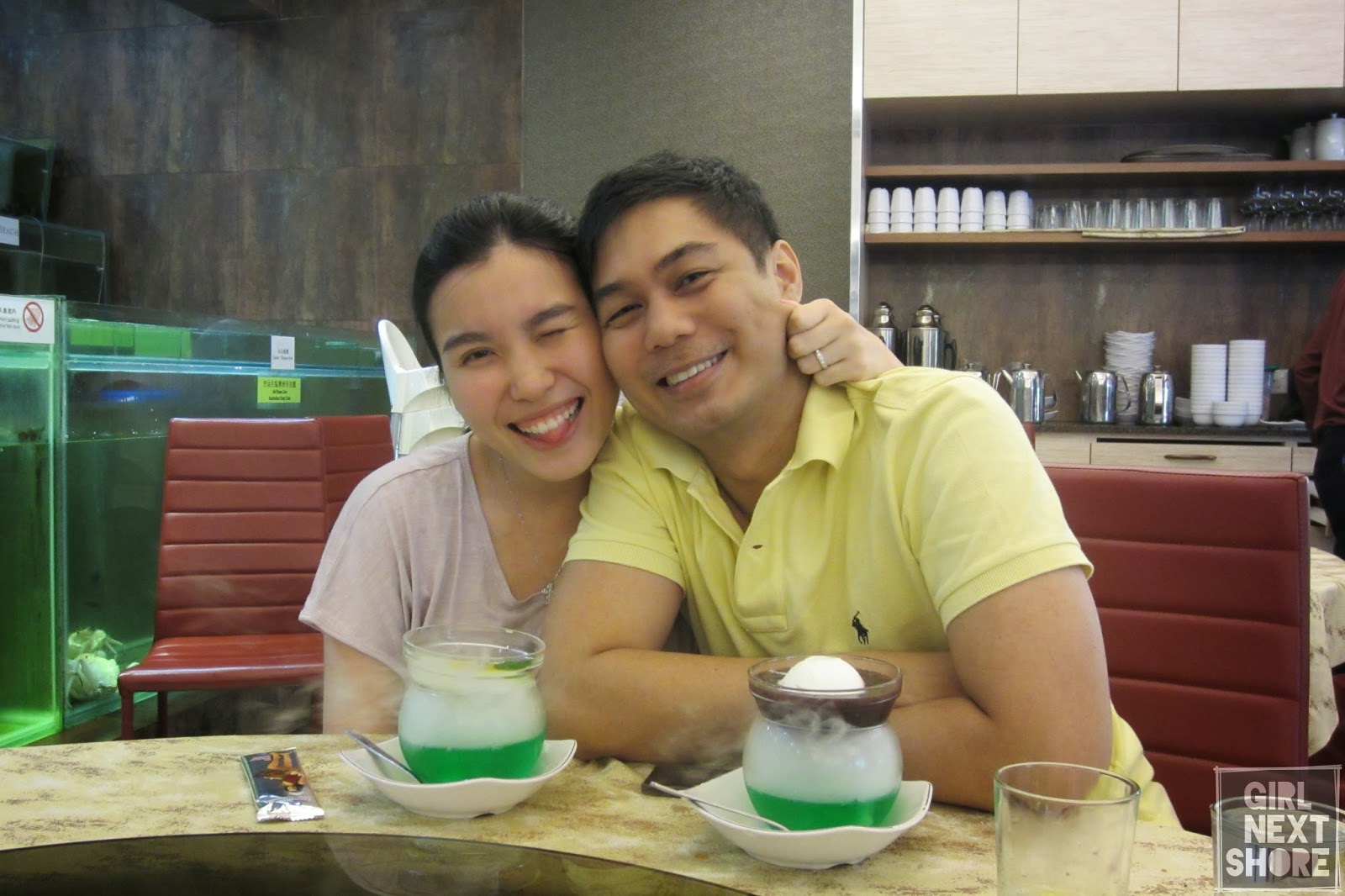 Credit goes to L (remember her from Le Cantine?) for suggesting lunch here, and for sorting out the menu. 😉

Of course there was room for dessert. They came in these strange bowls atop mini-aquariums with what seemed like liquid nitrogen. I chose an avocado-chocolate pudding that was, quite frankly, nothing to write home about. But I ate it all anyway. 😉 Craig would have been proud. 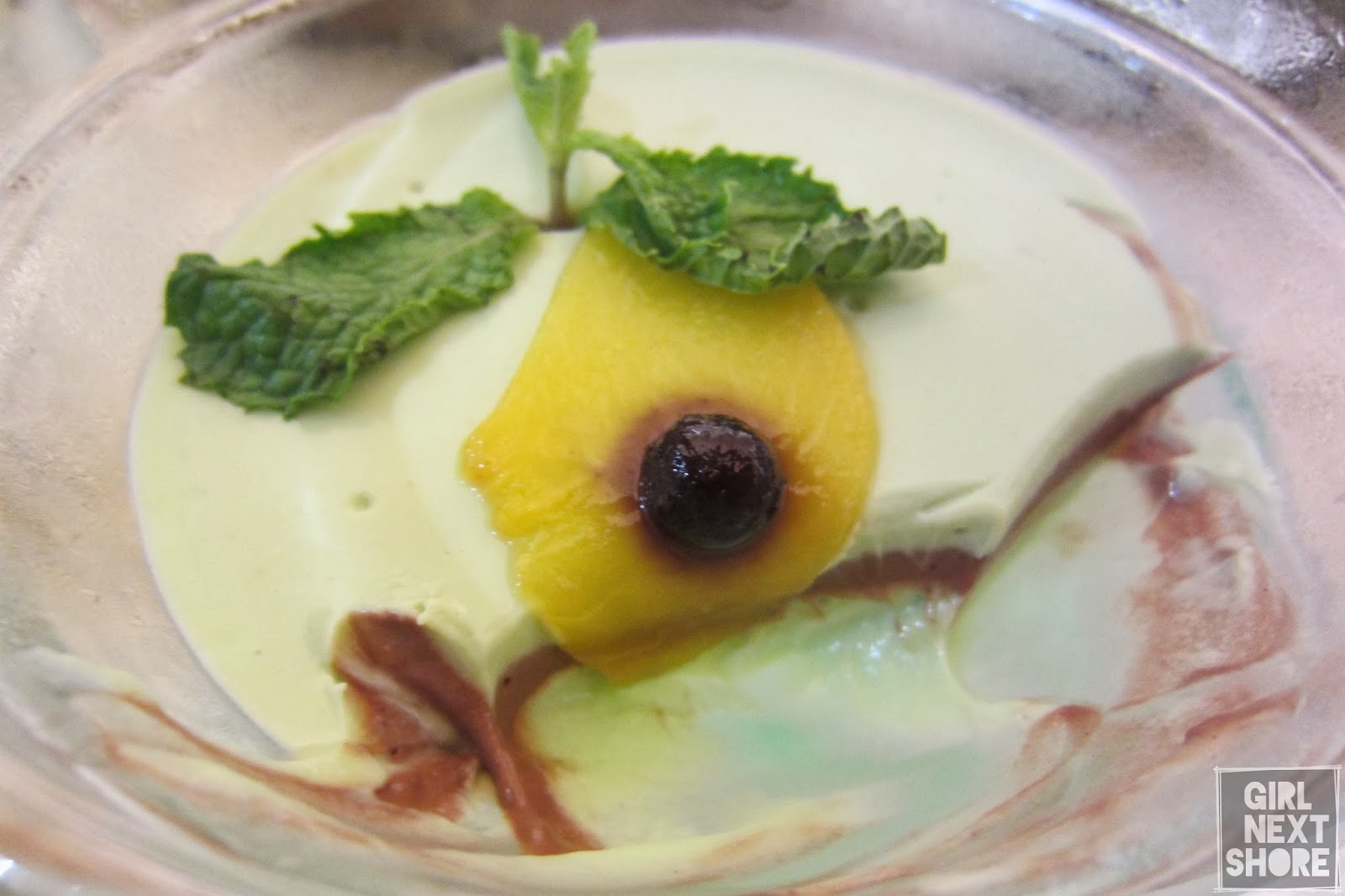 I get why Long Beach is such a household name and this isn’t just because they’ve been around for ages. Everything we ate was well executed and of good quality ingredients. The Dempsey Hill branch is pretty neat and clean and the standard of service is great.That white pepper crab dish is one to beat, too. Craig seriously did not disappoint. I fell for him hard and to date, I still think of him from time to time. He was THAT good.