#yesthatwasapun But you gotta have some balls to hang testicles on your window and call it one of your recommeded dishes, right?

I had so much fun hanging out with some blogger buds at the London Coffee Festival so when a dinner catch up was mentioned, I was definitely in. 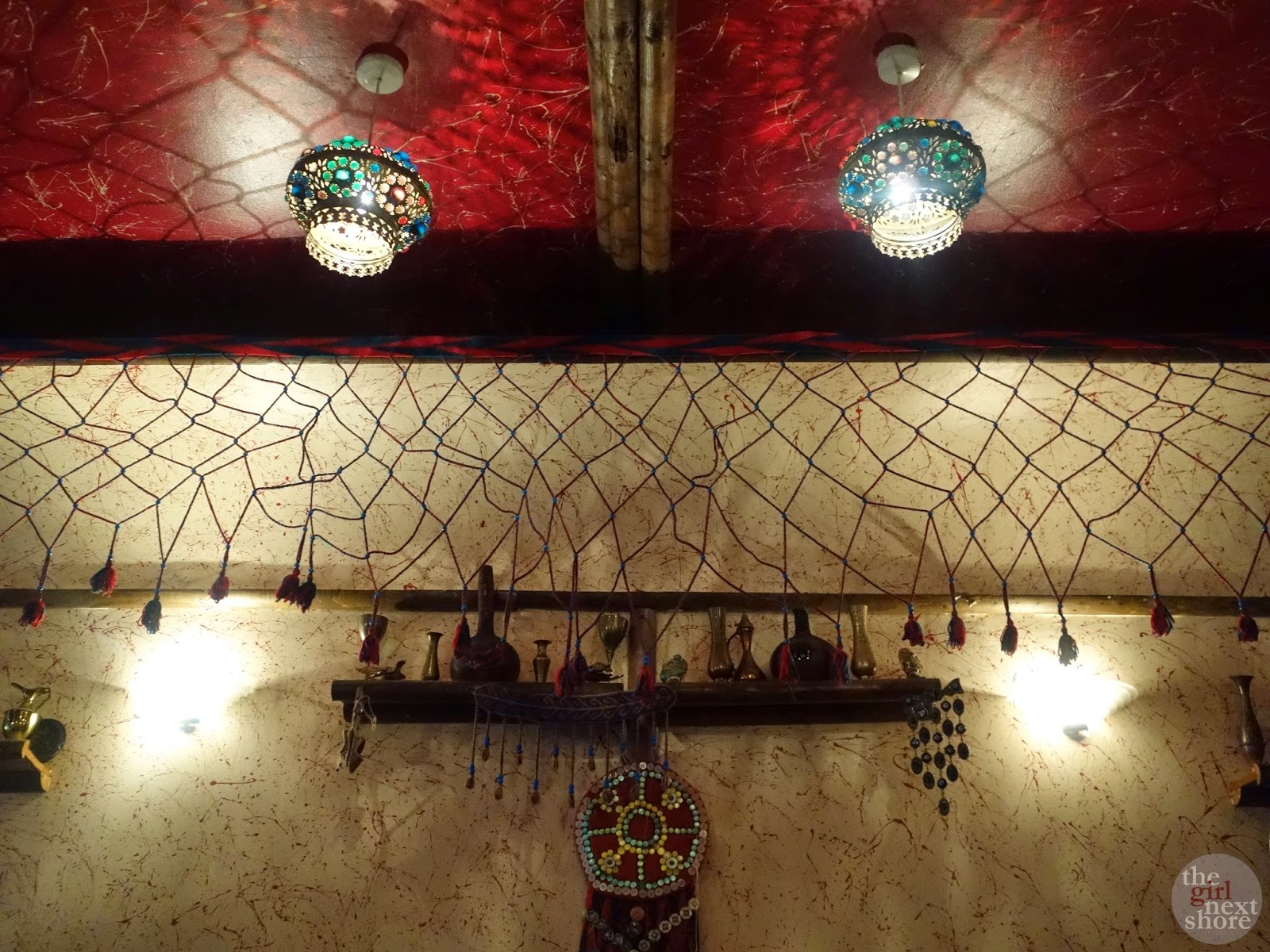 The restaurant of choice was a Turkish restaurant in Stoke Newington called Testi, where one of the chef’s recommended dishes is a main portion of lamb testicles. I wondered if it was all eponymous, but according to one of the servers testi means jug in Turkish and there’s a classic type of kebab cooked in jugs over fire (which I didn’t think was in the menu). Interesting. 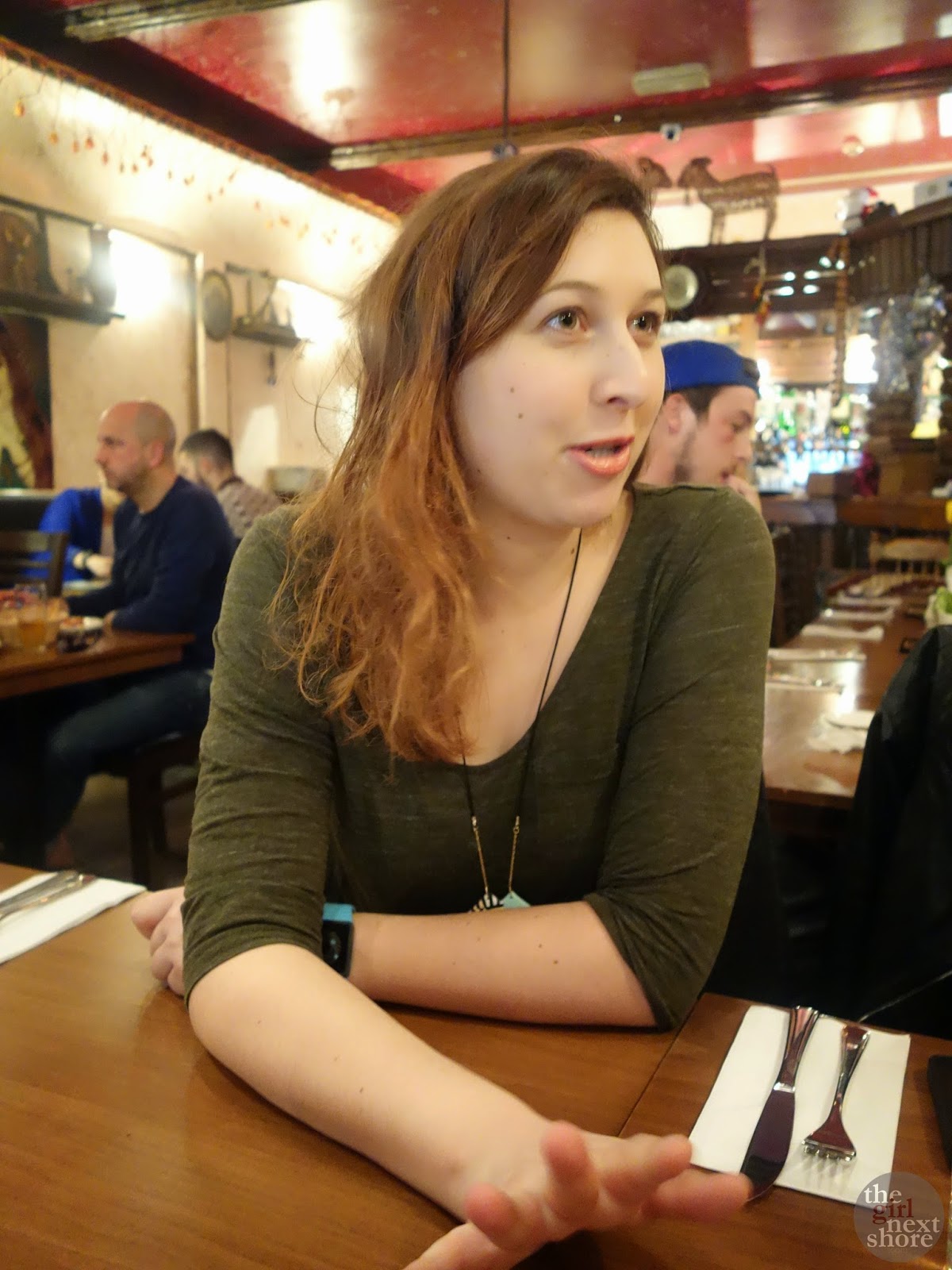 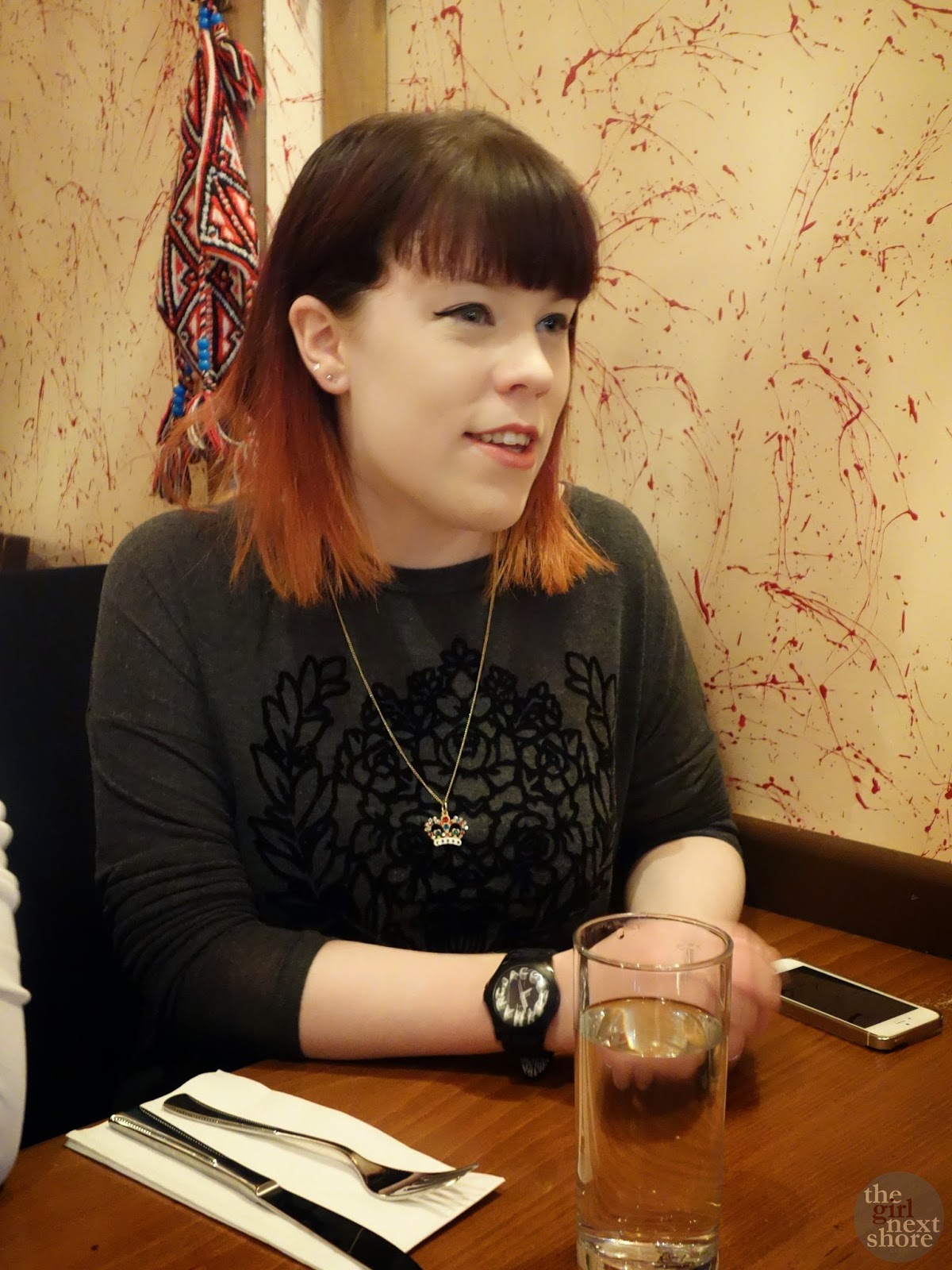 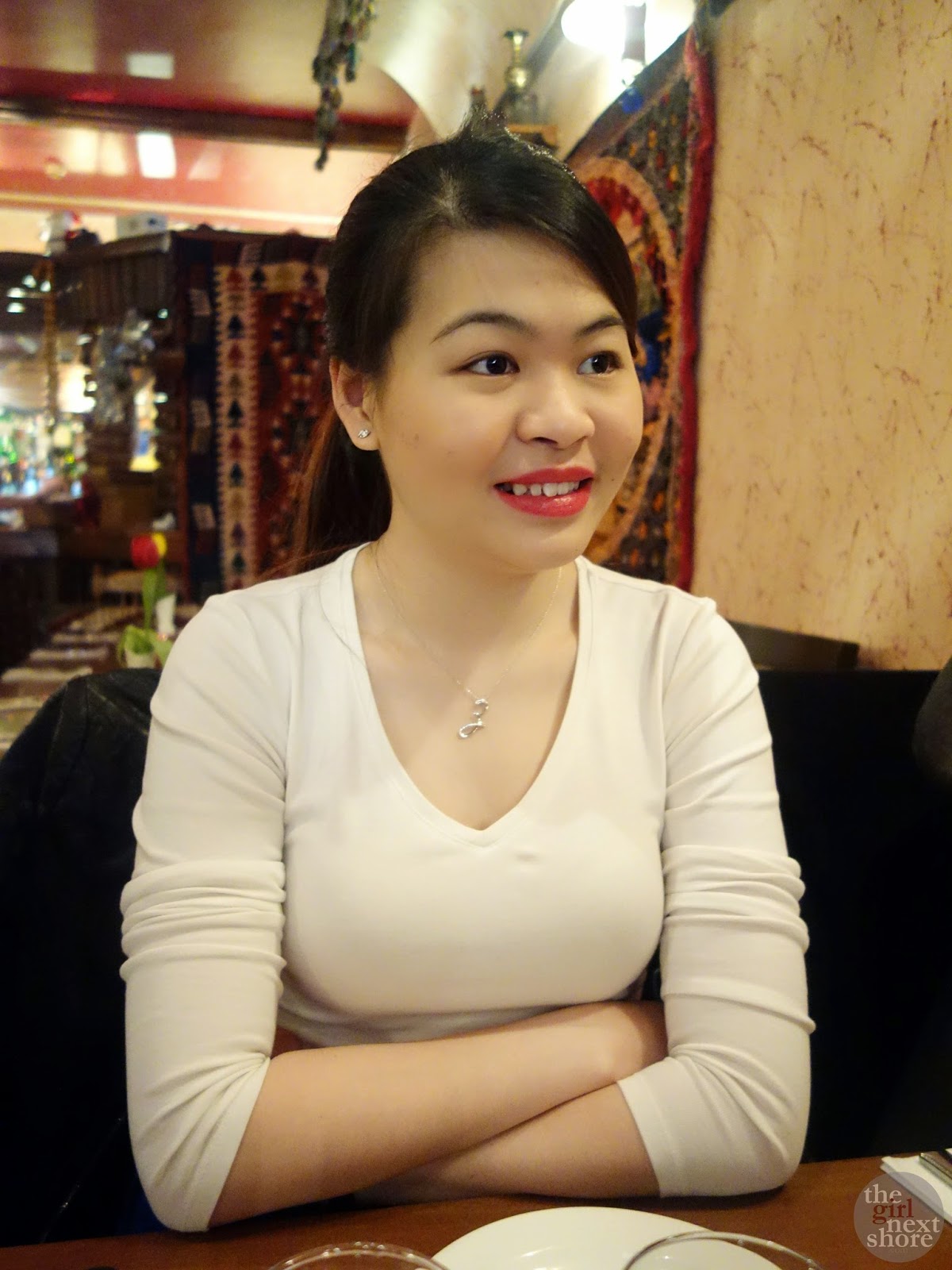 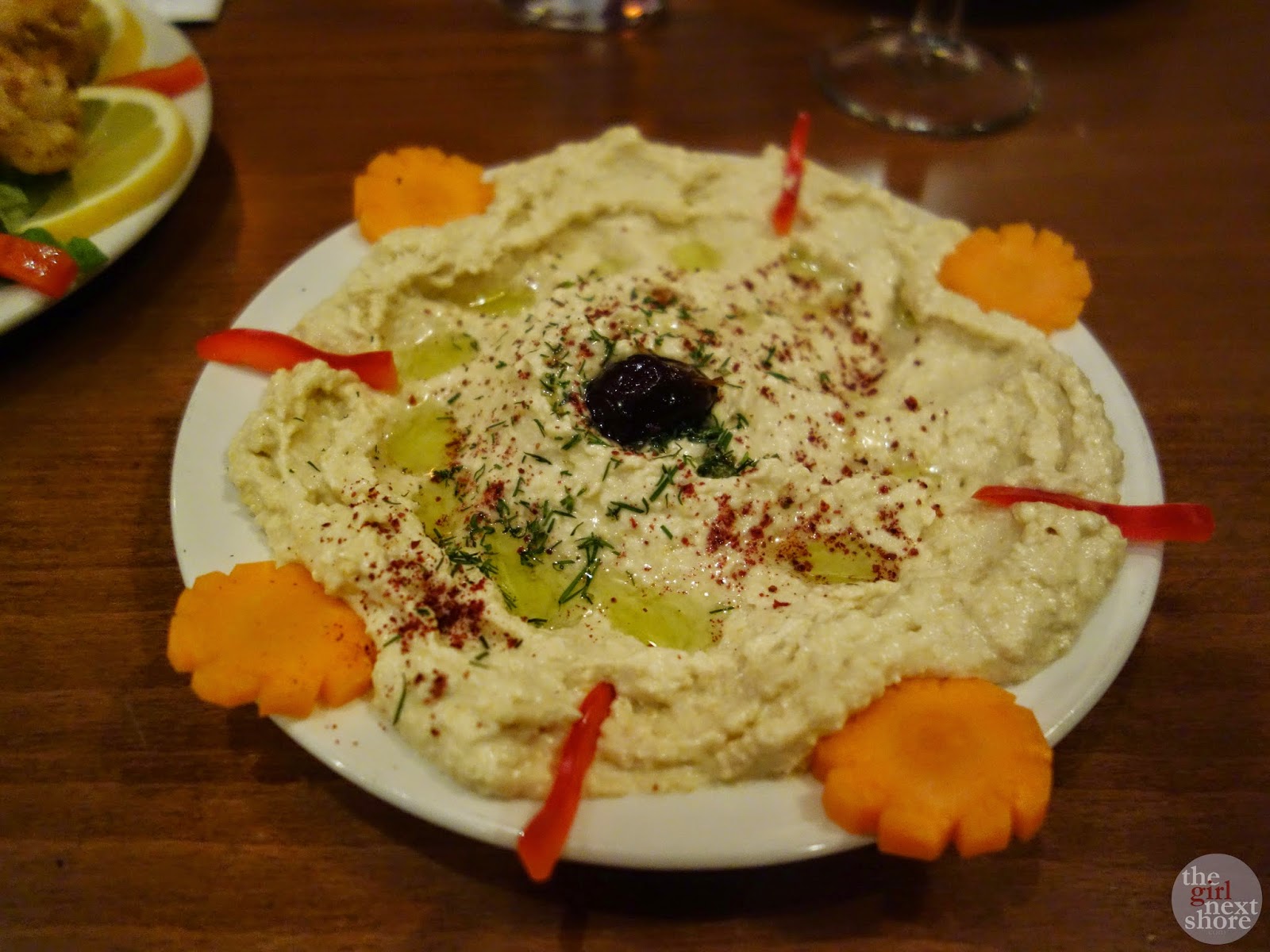 Naturally, we had to have hummus and it was deliciously creamy with just the right amount of texture and tang. The olive oil drizzled on top gave the flavour an extra boost too. 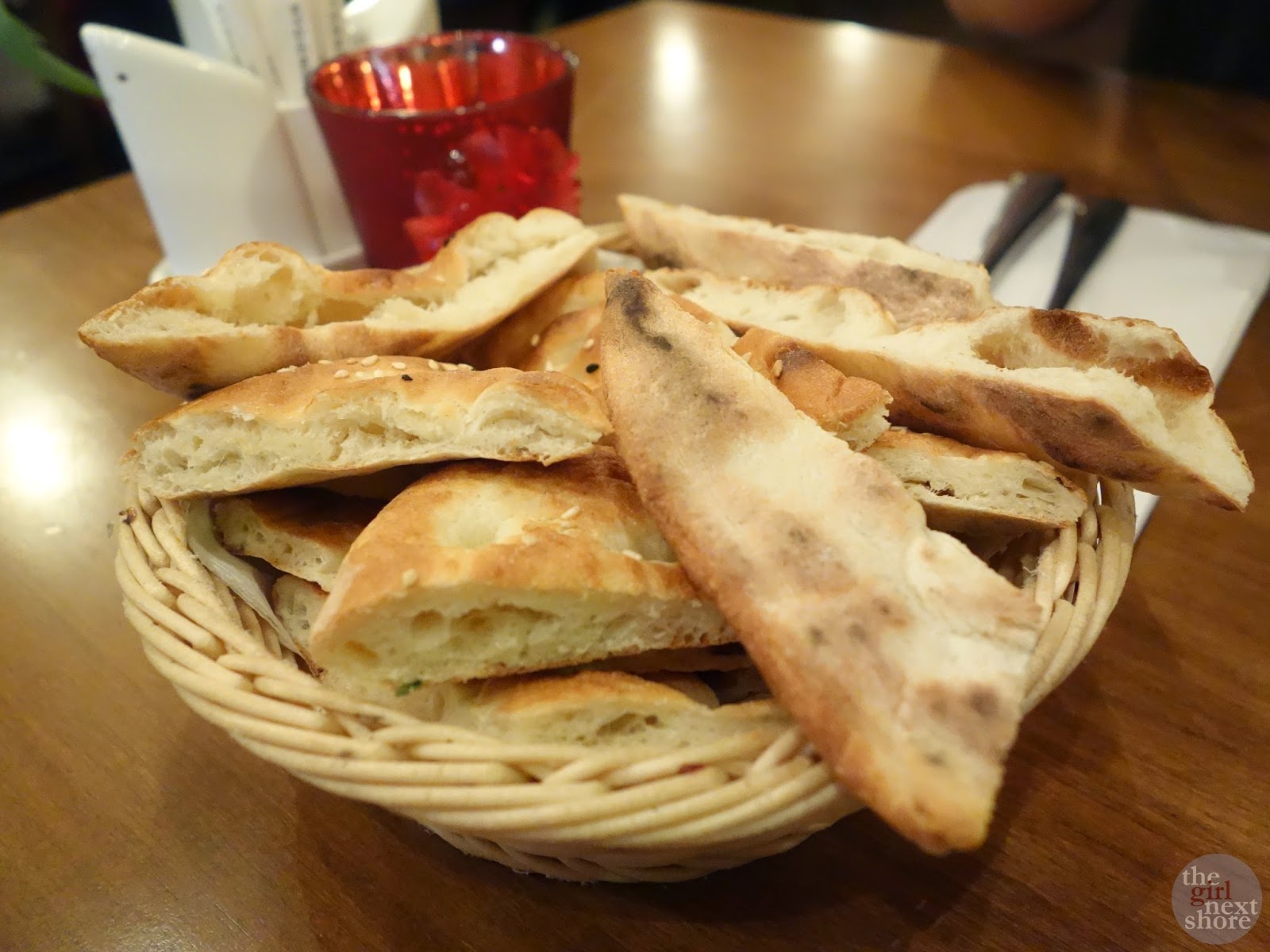 We were given some warm Turkish flat bread to dip into the hummus. They were crusty, soft and moreish! The kalamar was just average but the dip it came with was pretty good and I had some of it with the bread. 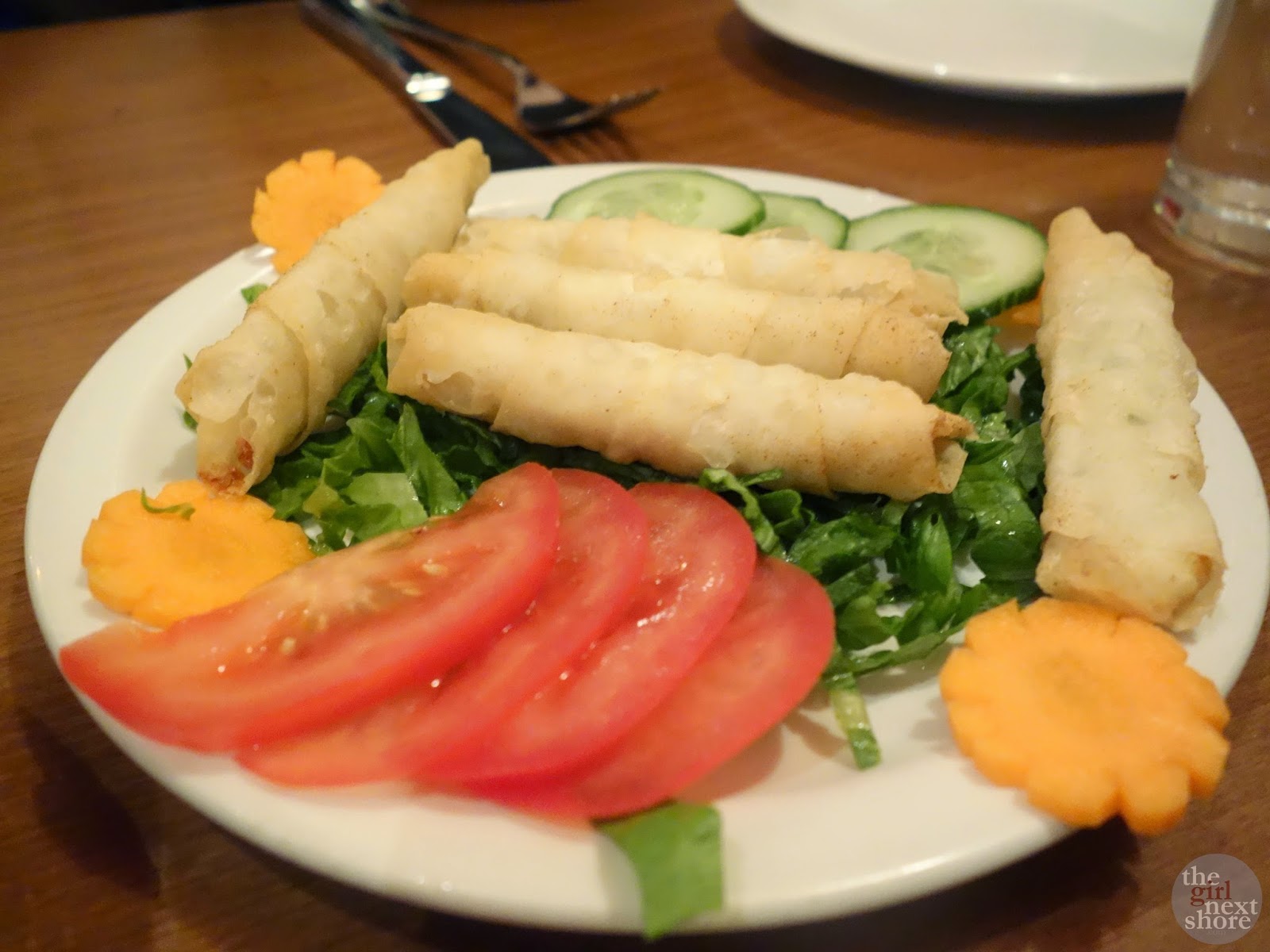 We had some boregi, the classic dish of filo pastry stuffed with spinach and feta cheese. Who doesn’t love that winning combo? 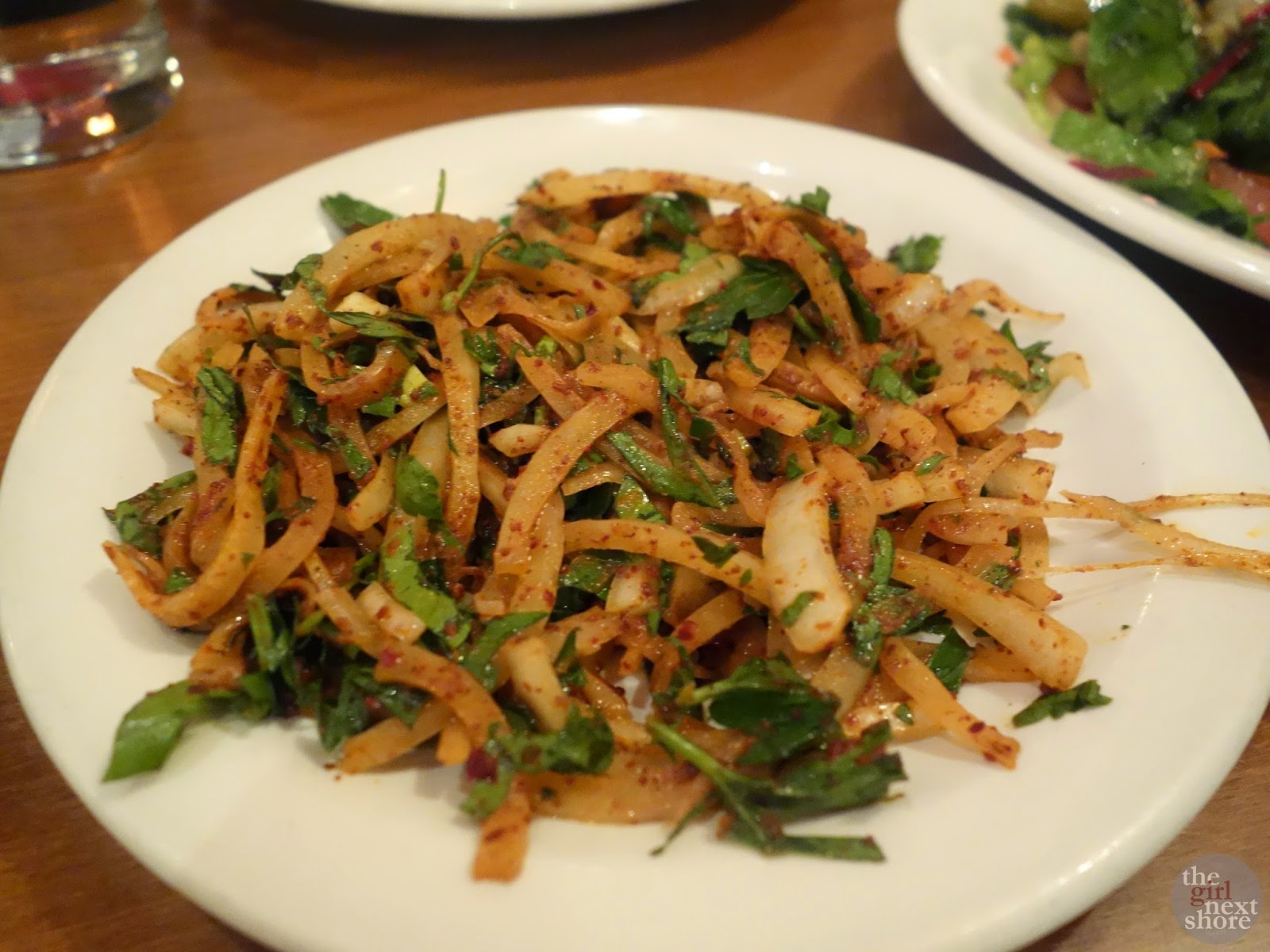 Various salads came with our mains and were served first. We weren’t so sure what this was until we realised it was an onion salad. It was crisp, sweet, and didn’t give you onion breath afterwards. A revelation. 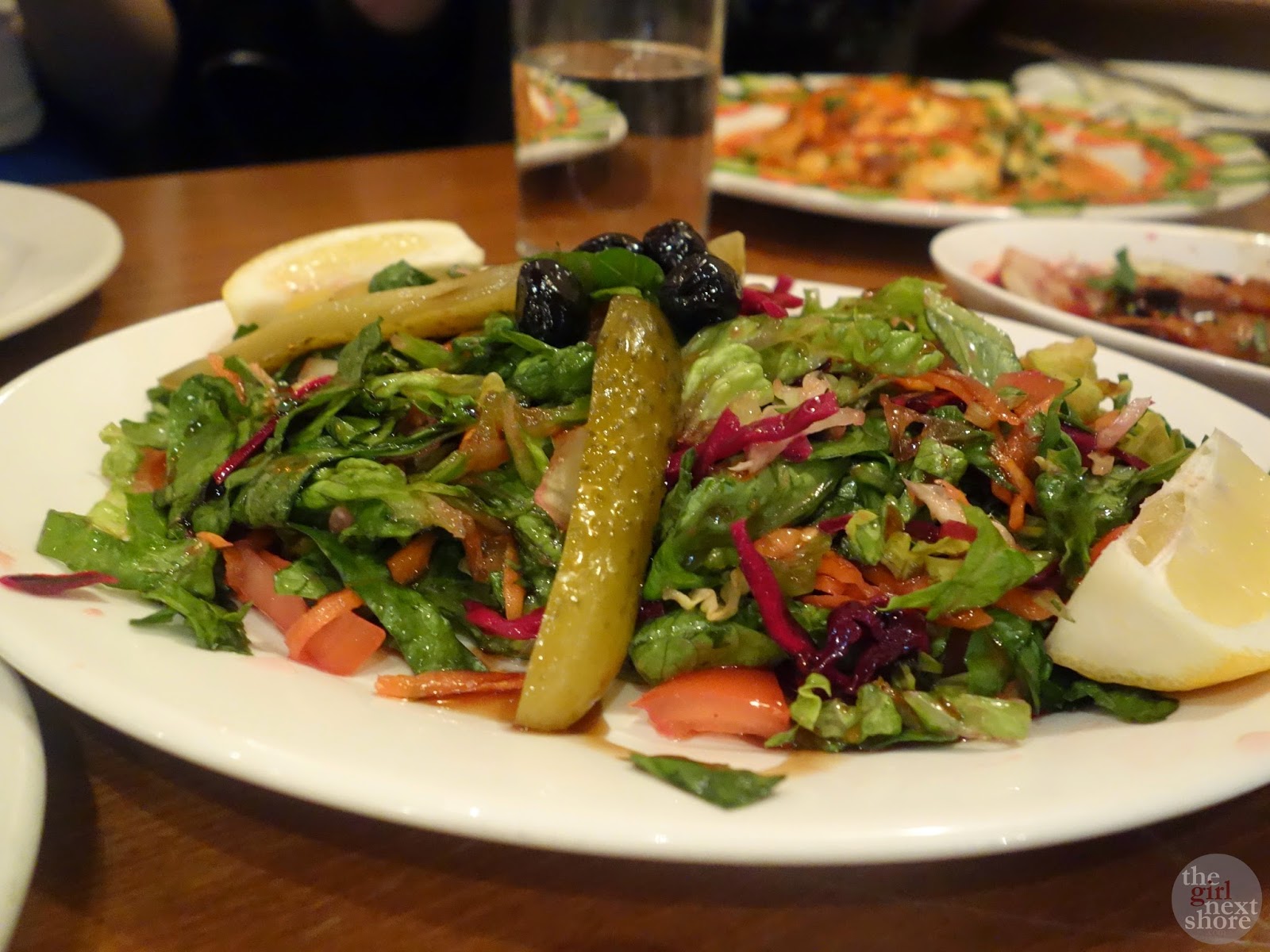 There was a lot of dressing in this salad so I was surprised to find that the leaves were still crisp and flavourful. I think I had most of this (still trying to catch up on my 5-a-day). 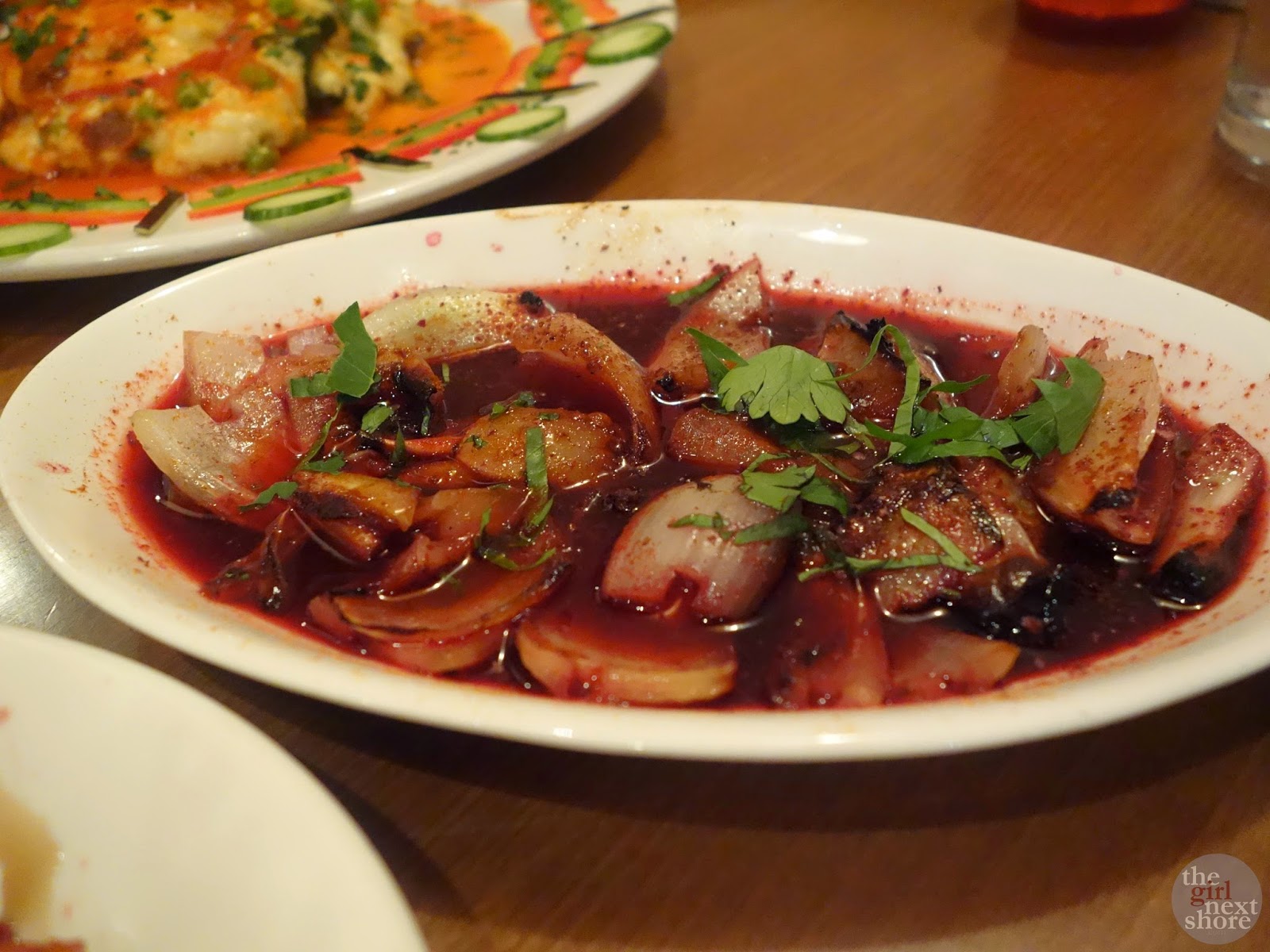 This is the house special onion salad which I really enjoyed as it went so well with my main. The ‘special red sauce’ tasted like a mixture of balsamic vinegar and pomegranate juice. The grilled onions, despite being soaked in the vinaigrette were actually still firm and crunchy. 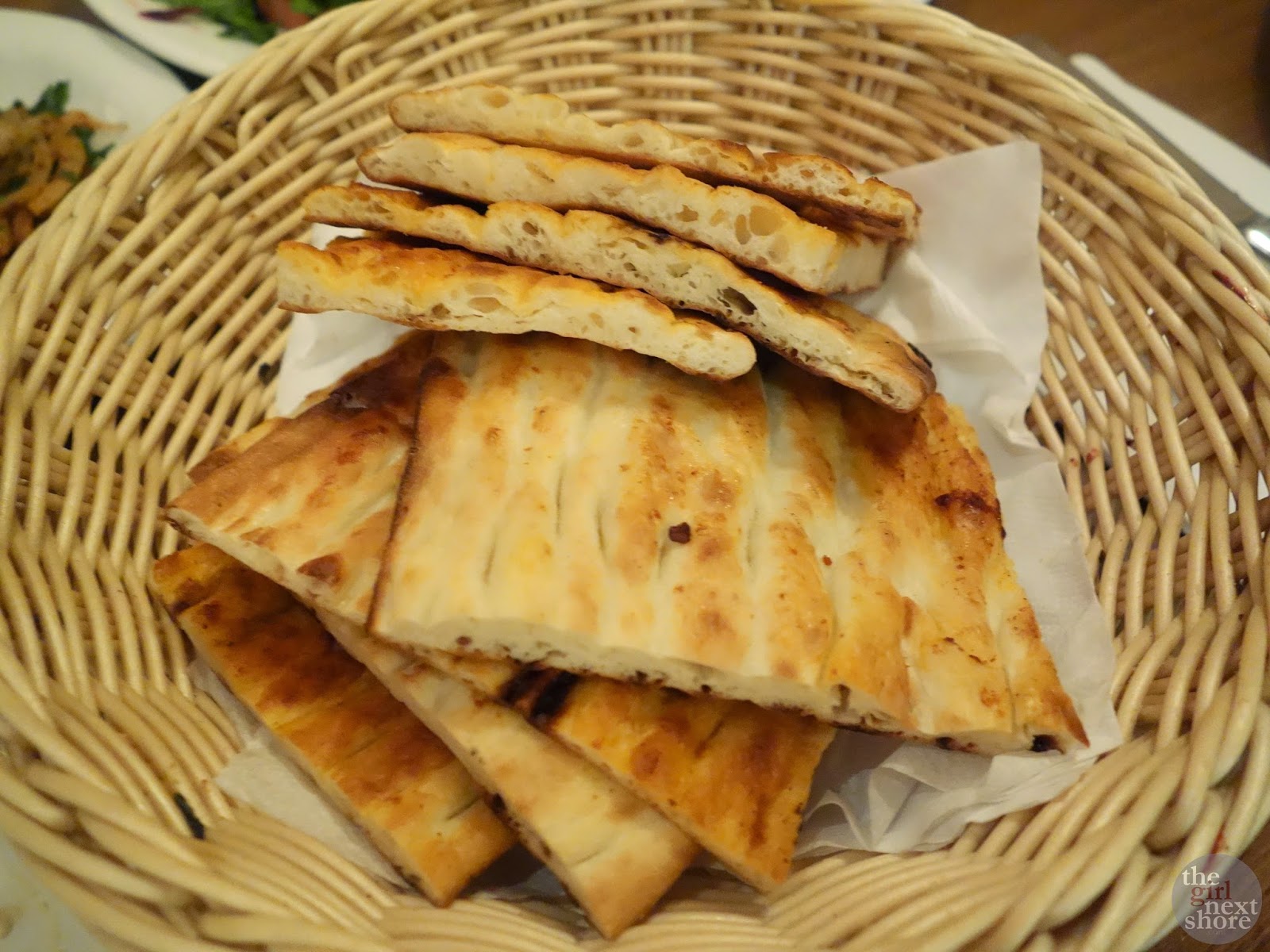 They gave us more flat bread! I enjoyed this one a lot. It’s different from the ones we had with our starters. They’re slightly flatter and a little bit more savoury and saltier. 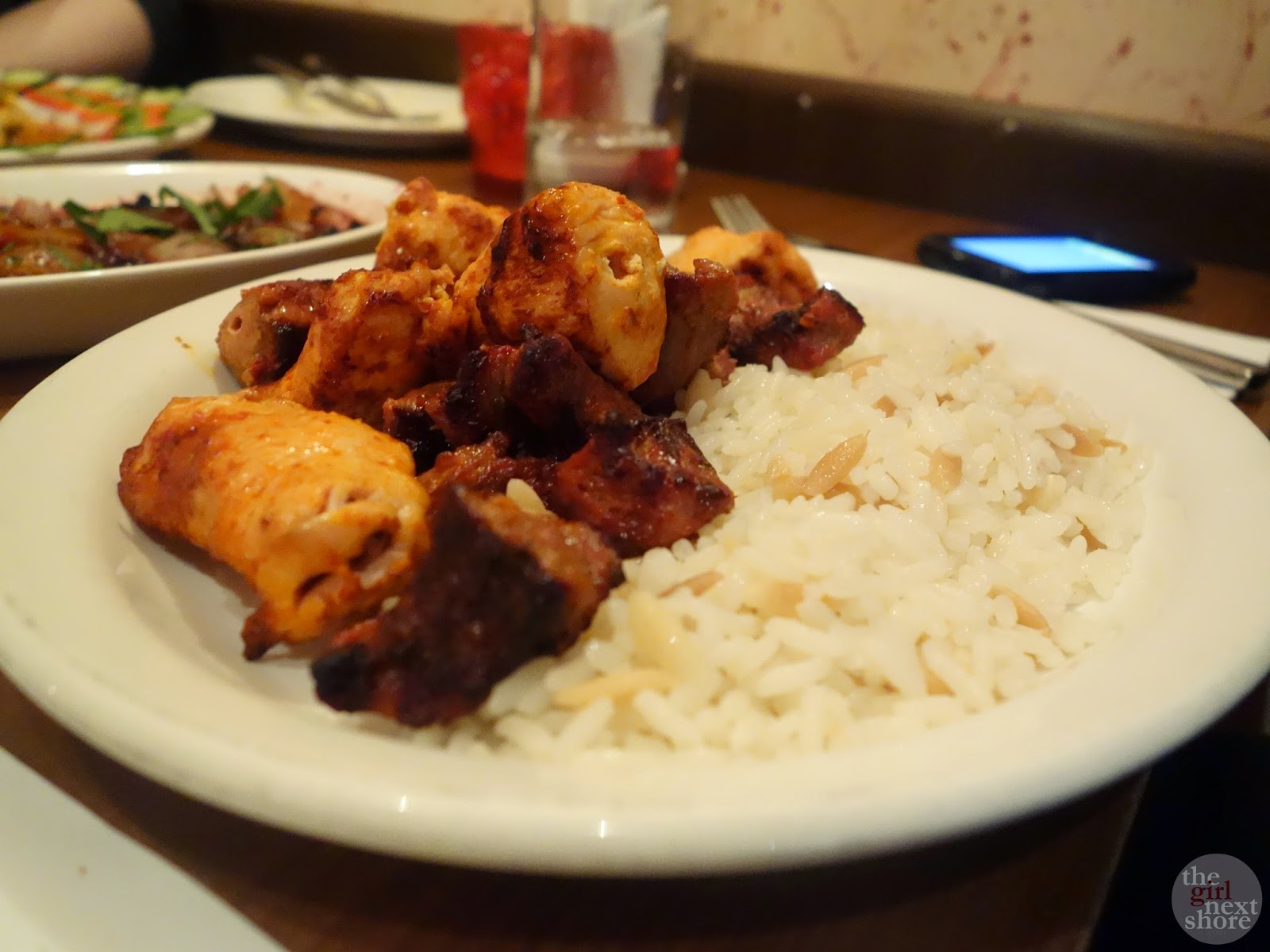 Federica’s lamb and chicken shish mix. This is perfectly a safe choice for those who want to try the best of both (shish) worlds. 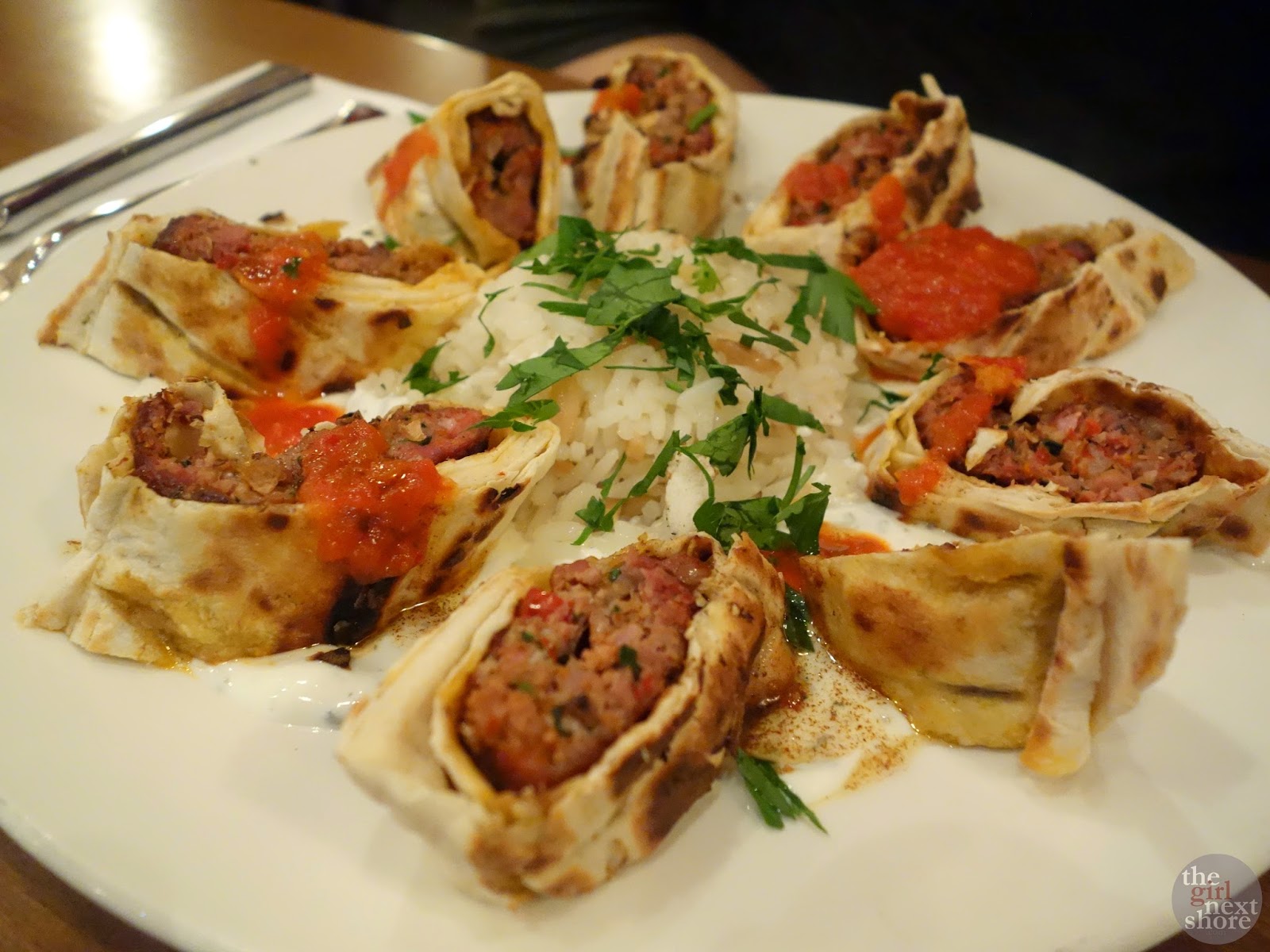 Alex and Jesse ordered the lamb sarma beyti which is skewered ground beef wrapped in lavash (Turkish wrap bread like naan or roti) cooked on the grill. 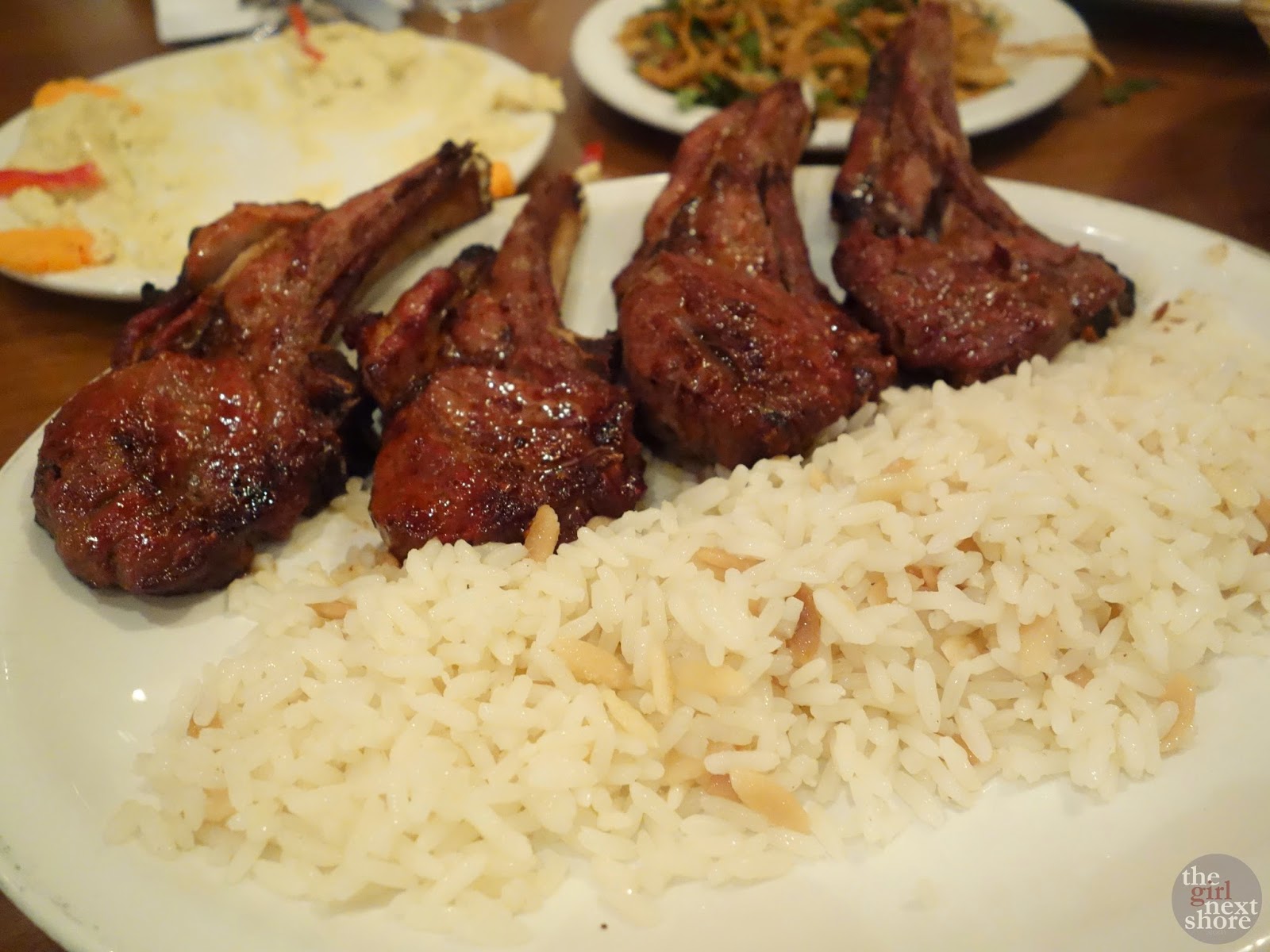 I ordered lamb pirzola which is essentially grilled lamb chops. I was a bit intimidated (hey, it happens!) by how much food there was on my plate! They’re not exactly massive chops but they’re not thinly sliced either. I thought I ordered more than I could chew. 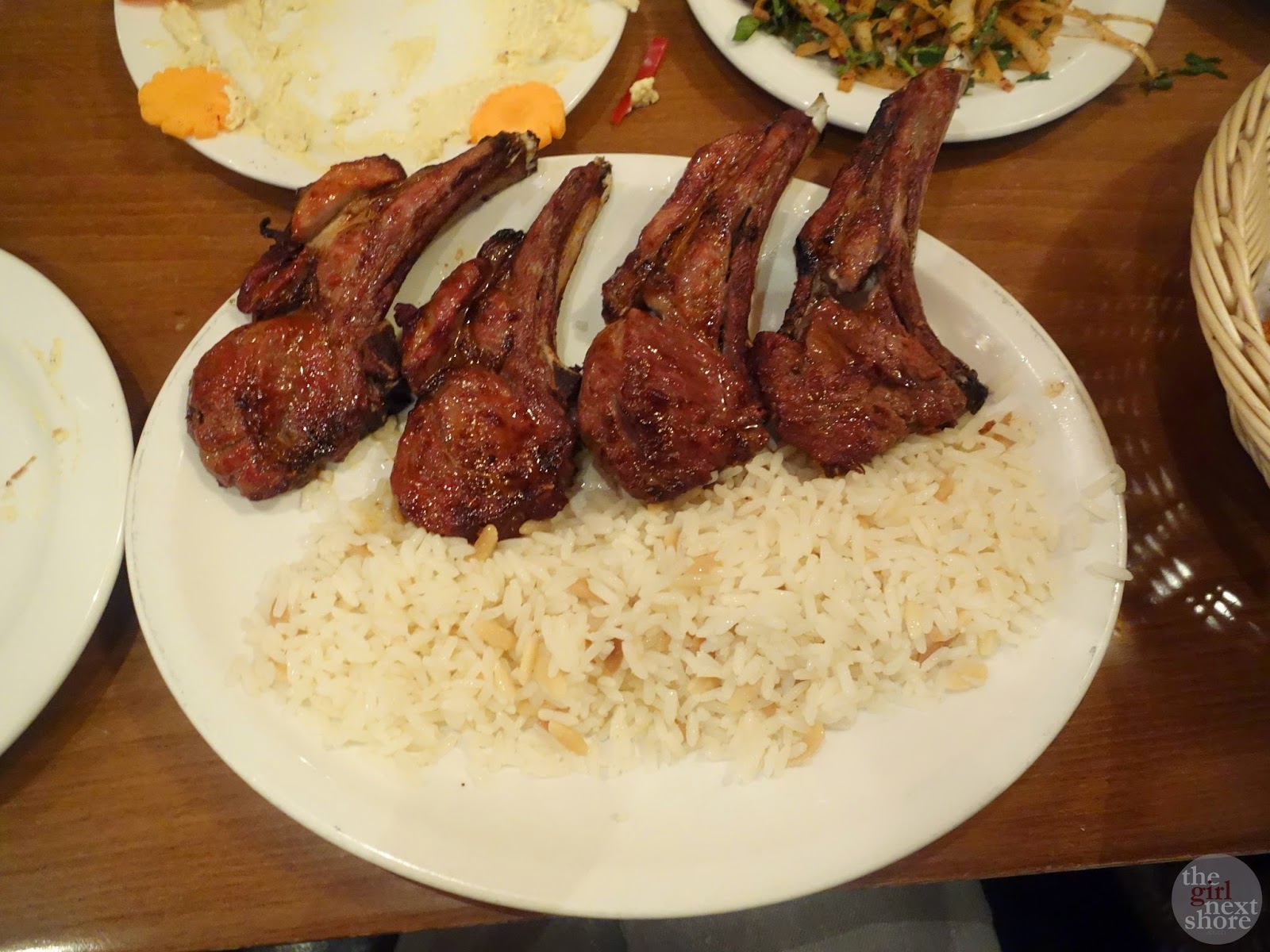 Testi’s chops were cooked just the way I liked my lamb – well. The meat was tender and easy to cut through. Even the charred parts on the bone slithered smoothly as I tugged them with my knife. 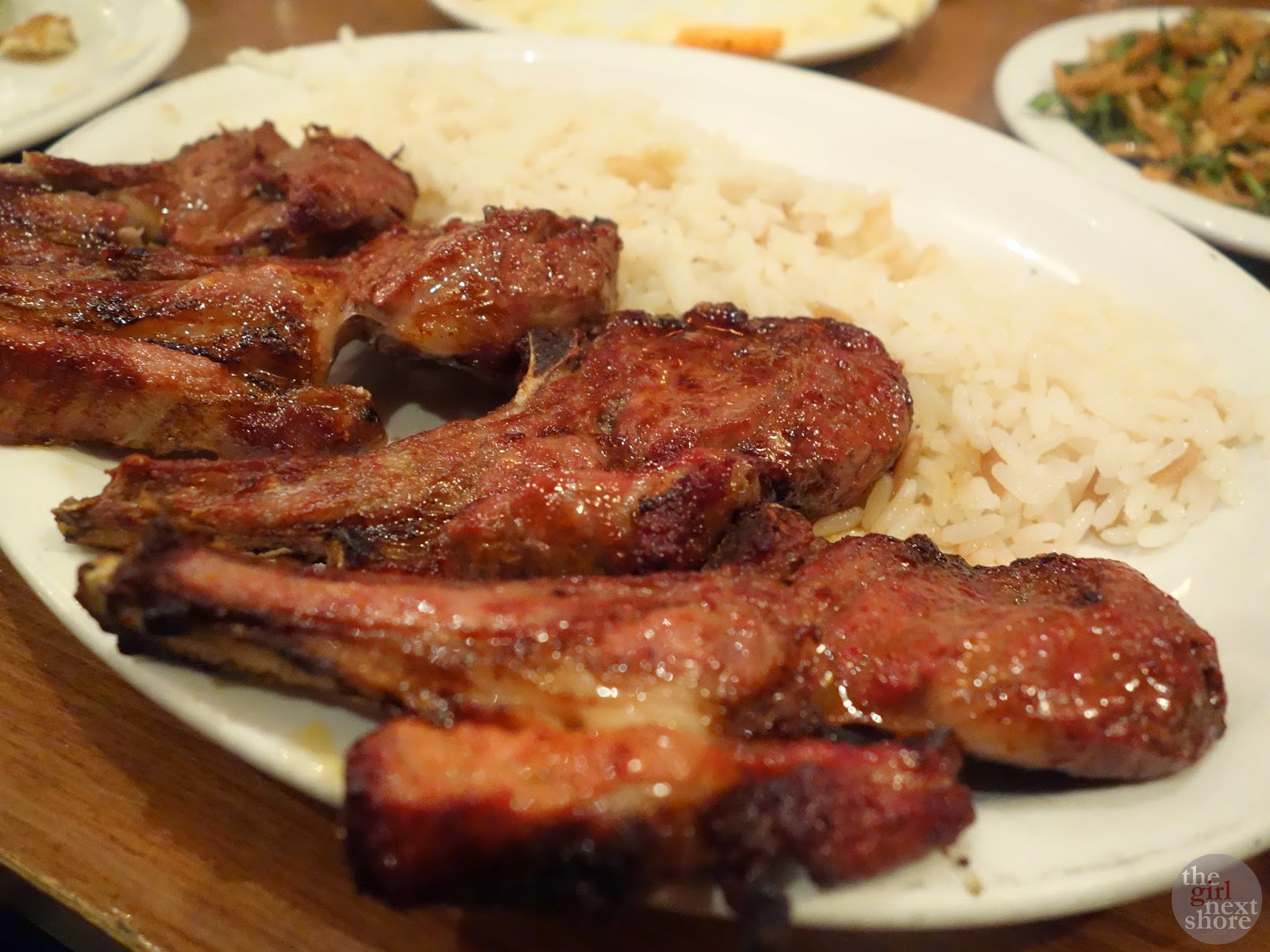 The lamb, as shown, was indeed juicy and didn’t need any sauces because the seasoning was spot on. However, when I accidentally poured some of the sauce from the house special onion salad, I was pretty mindblown. Lamb and pomegranate? It’s a marriage that lasts a good run on your palate.

And yes, I finished my plate. 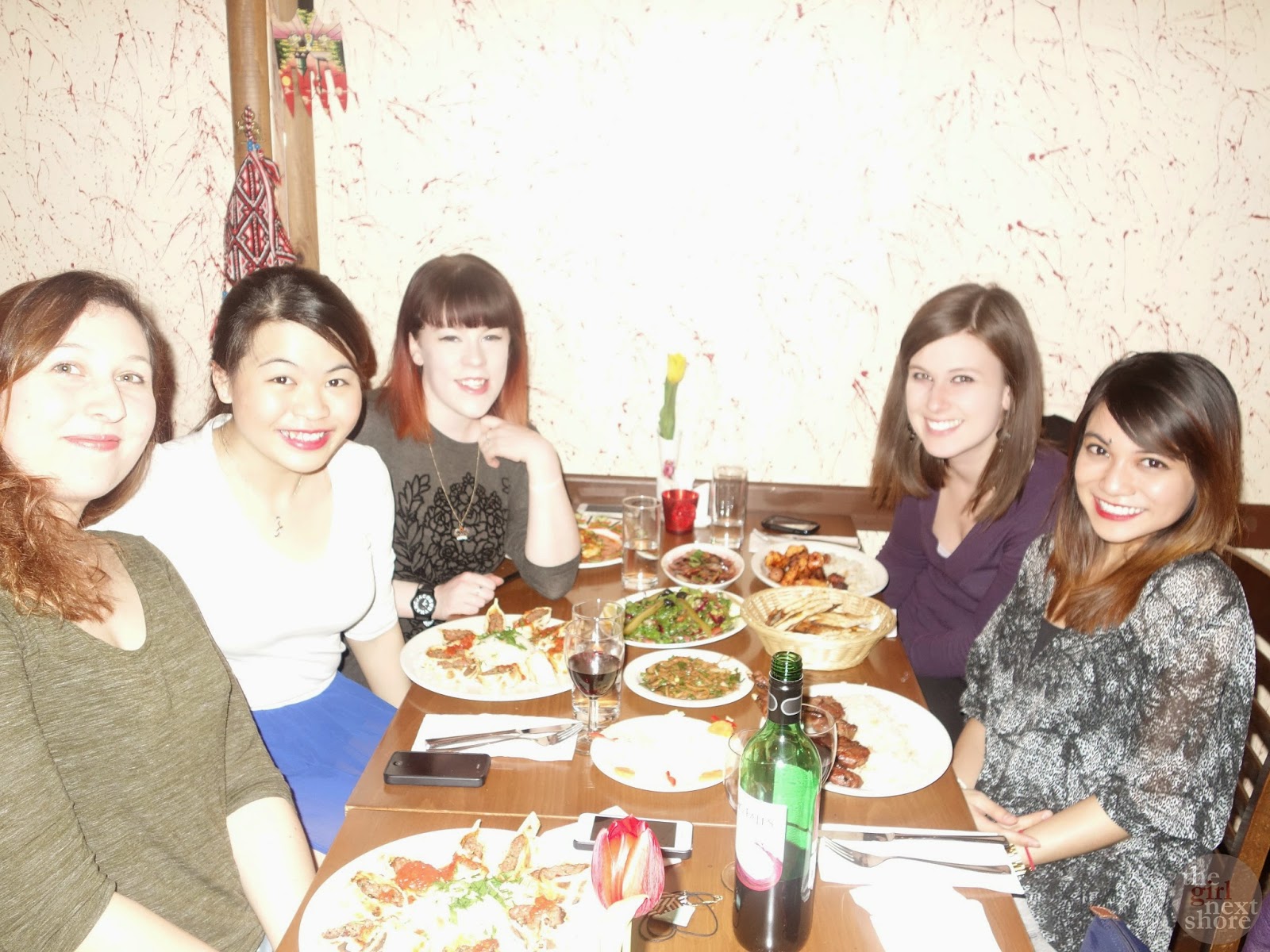 Overexposed, but well fed.
We were given a complimentary fruit platter to munch on after our meals. Needless to say, there was much to be happy about – the service was pretty good, the food was very enjoyable, and the company was fantastic. I would love to go back to try more stuff on the menu. Maybe I’d be brave enough to try some testicles then. 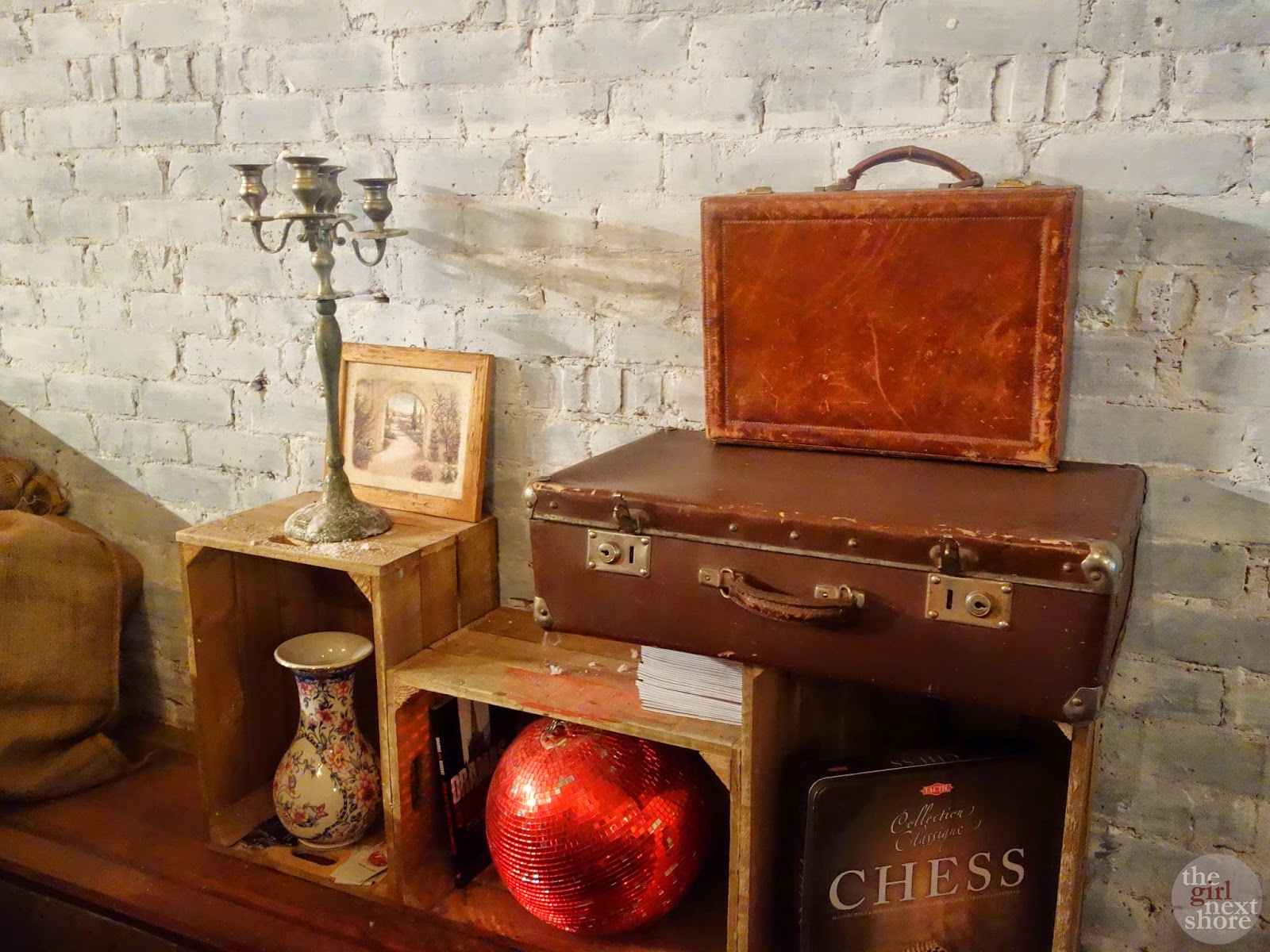 We had more drinks at Stokey Stop and I actually fell a bit in love with Stoke Newington. Haha! 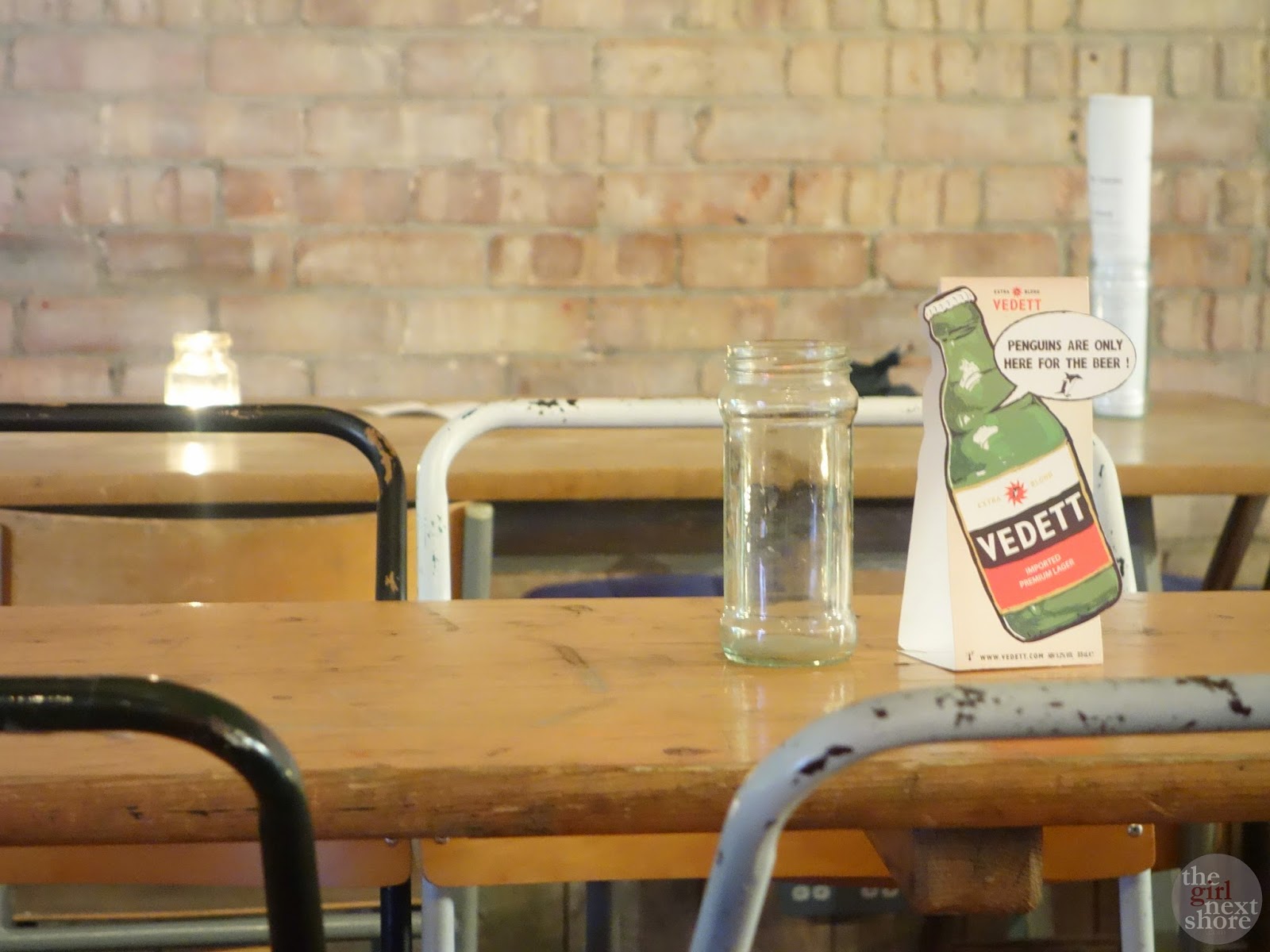 We ended up chit-chatting and laughing our heads off til closing time and I was quite nervous about going home as the tubes and trains were already closed and I wouldn’t know which bus to take. Thank God for UBER! If you haven’t tried it yet, you should! They’re offering you £20 off for your first ride. All you have to do is download the app, type in your destination, use the code NUFFNANG20 and wait for your sexy UBER car to pick you up. Easy breezy.
Overall, a very good night spent with pretty awesome ladies. Can’t wait til the next one!
Testi