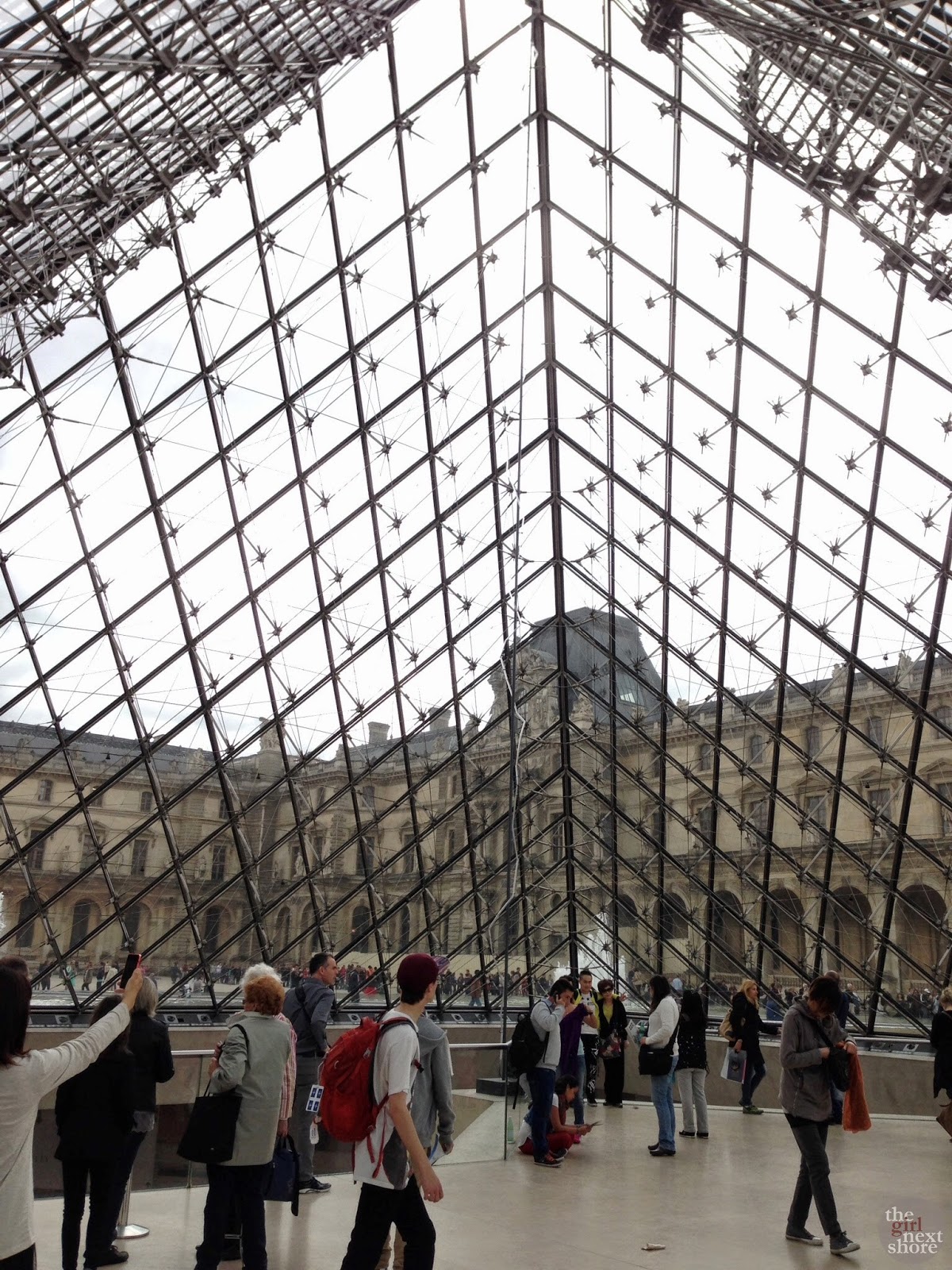 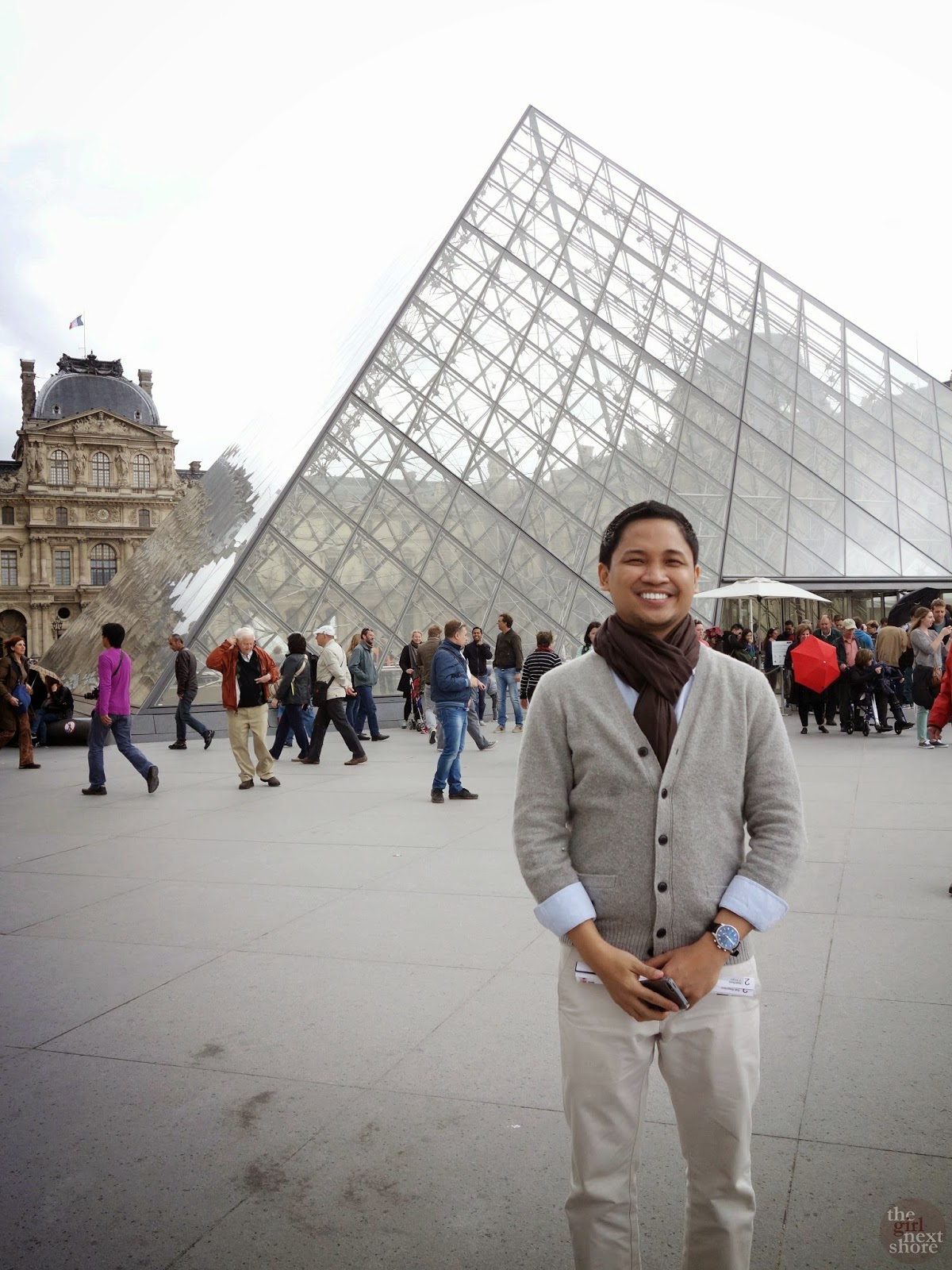 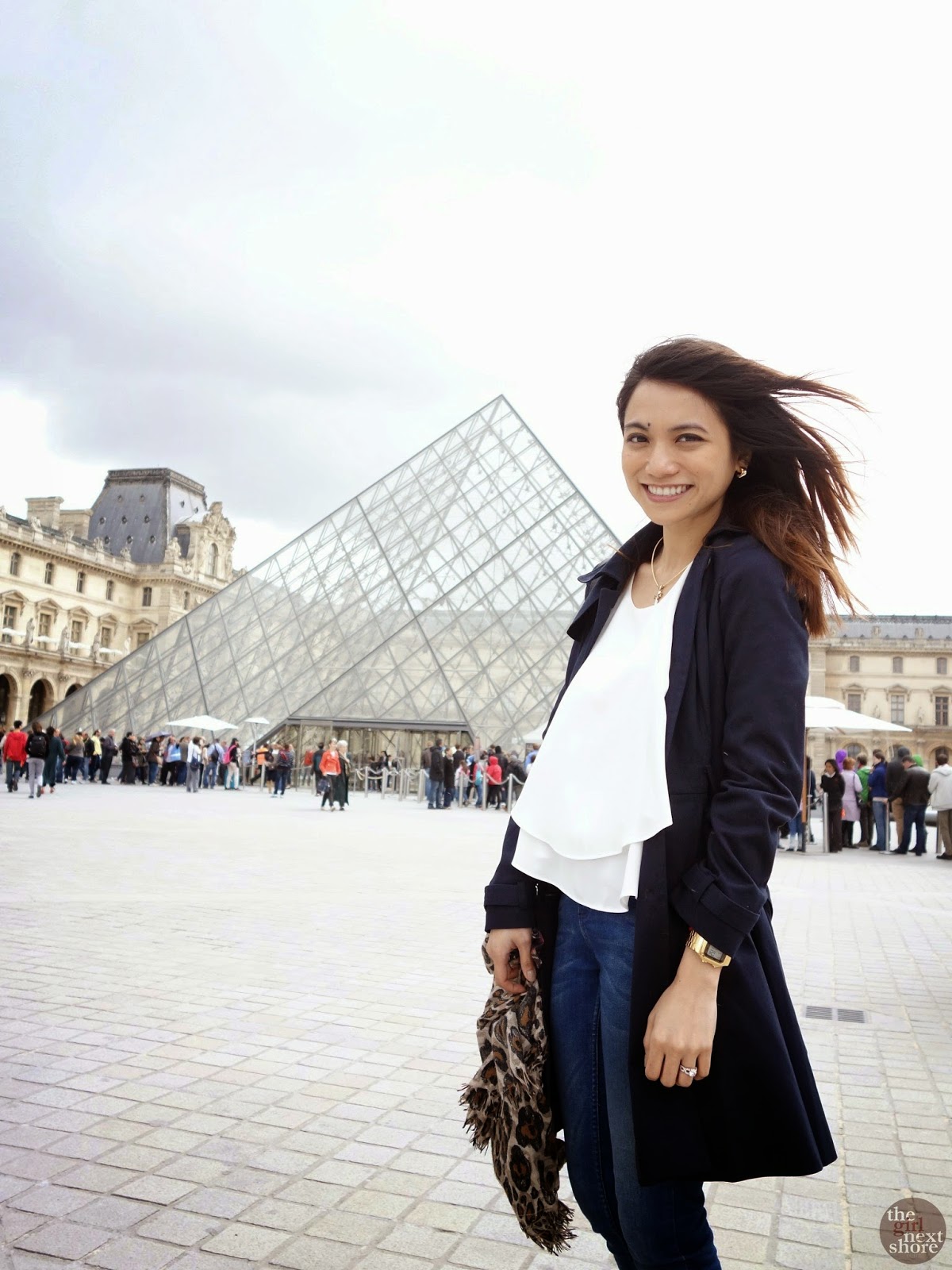 …to take #OOTDs because Plaid Boy wasn’t wearing Plaid! Har har!
Despite the lighting, I love this next shot because of the two people in the background. So many stories stemming out from such a candid second. 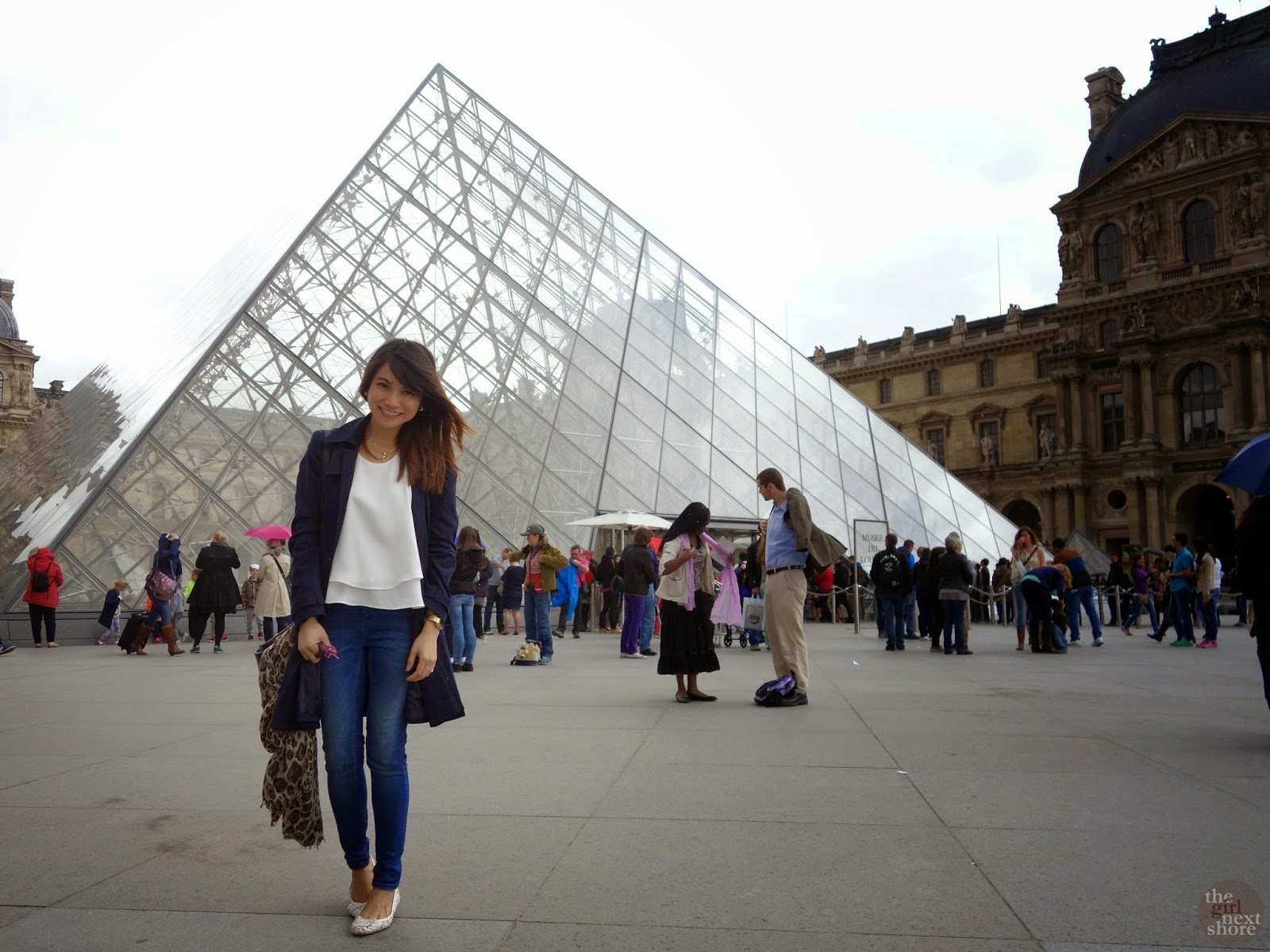 Save for the bag, I was wearing mostly high street: Zara top (similar) | Asos mac | Miss Selfridge jeans (similar) | H&M lace ballerinas
Of course we had to take jump shots. 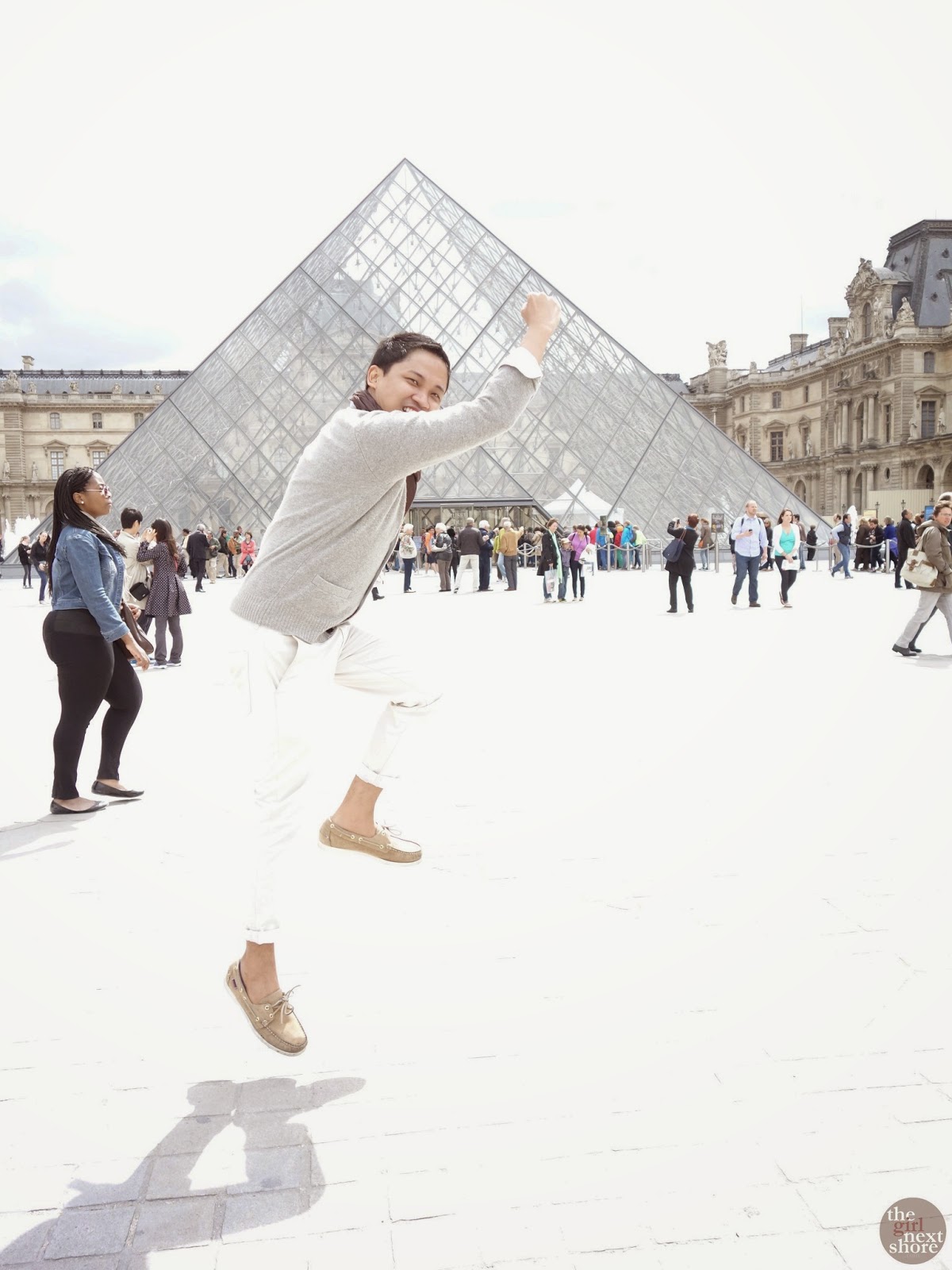 Plaid Boy may have won the jump shot photo of the day, though. Check out the intensity on that face! 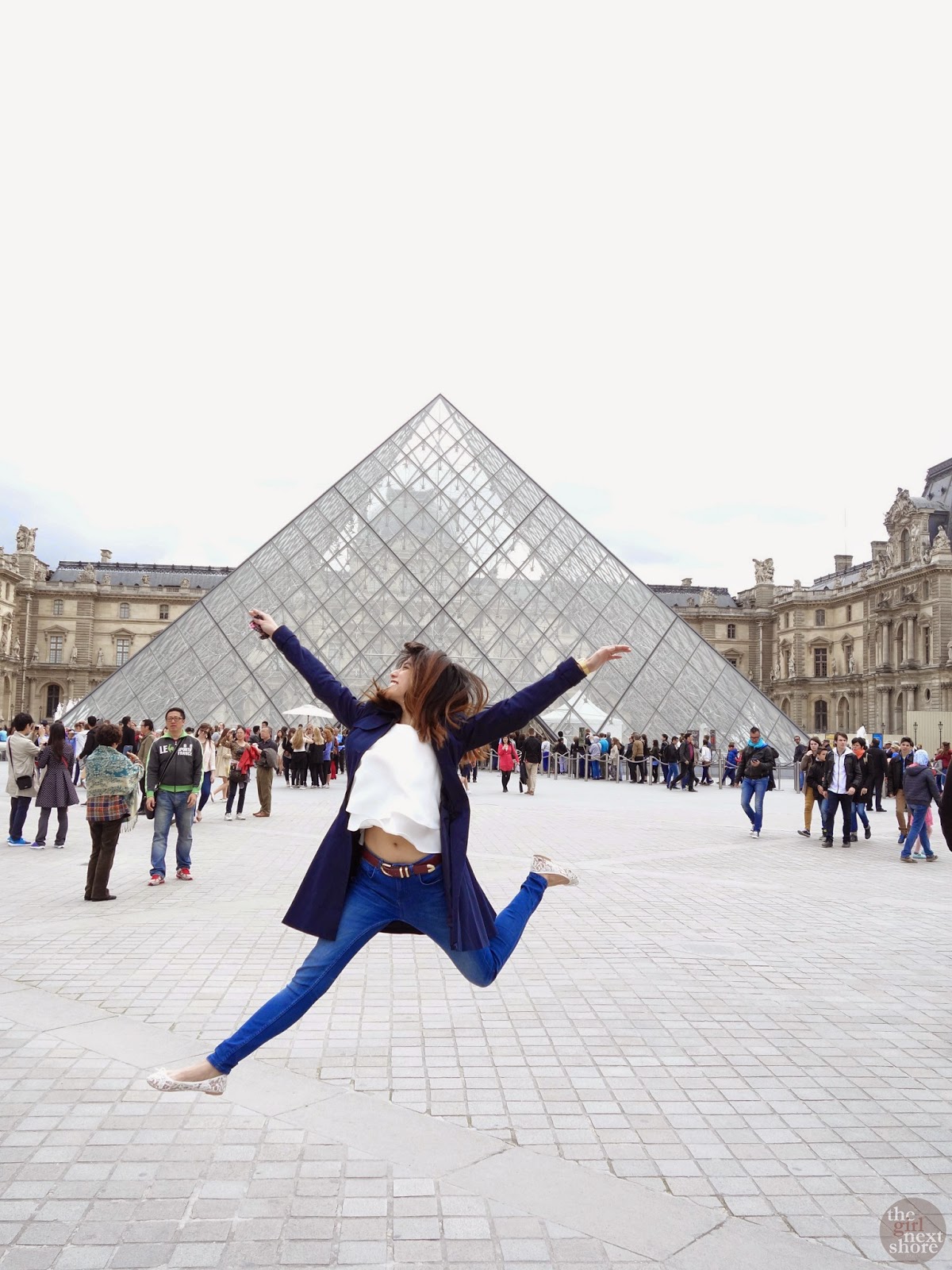 And I swear my jump was higher than it looks. Grr, Plaid Boy, Grr! 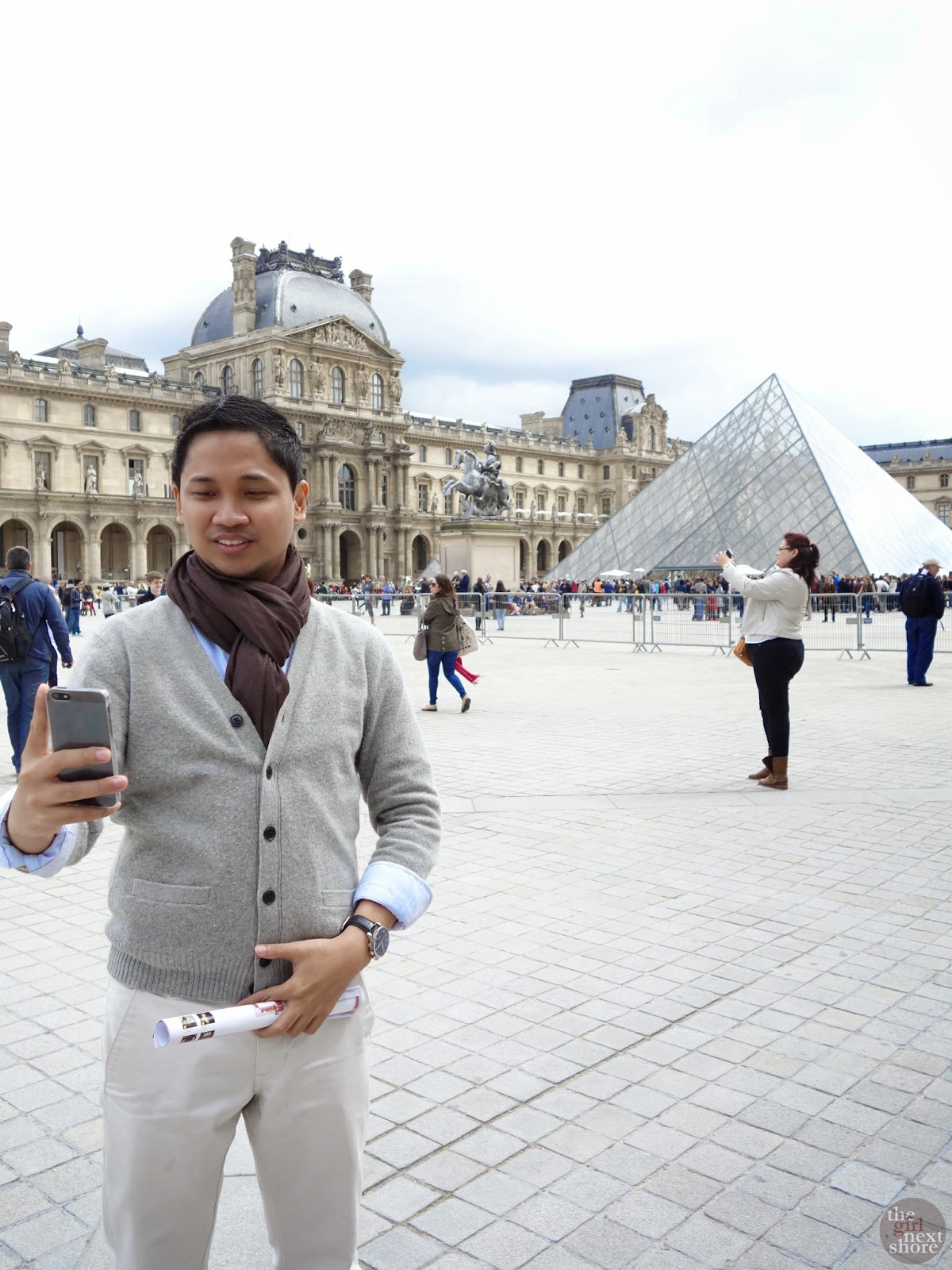 There were loads of people taking selfies.

So we took hundreds of non-cringey (or so we hope) cheesy ones of us, too.
But is it really still called a “selfie” if there’s two of you? Selvesie? Couplie? 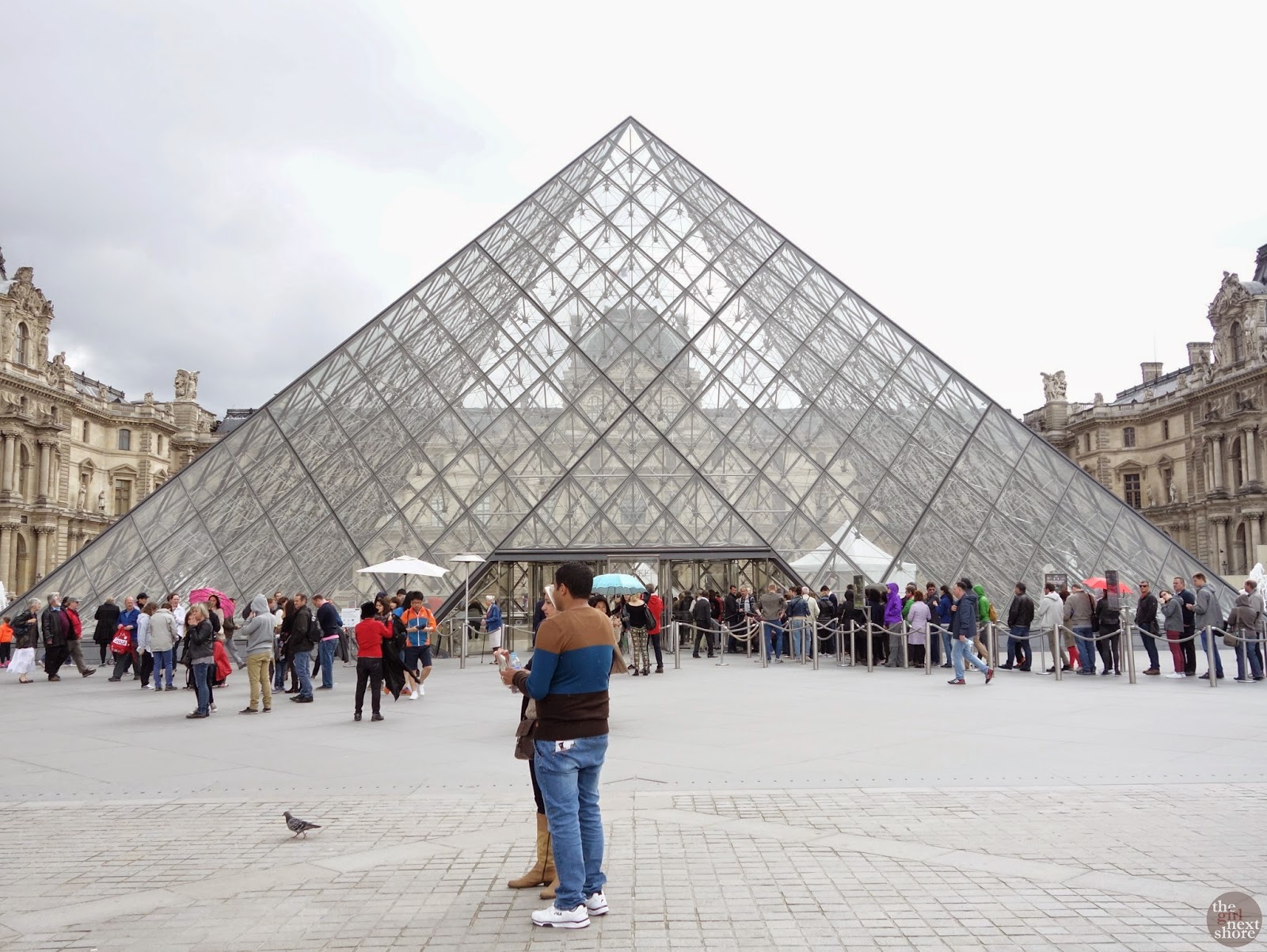 I love the Louvre, I really do. I know some locals scoff at the sight of it as it’s such a touristy place to visit and do but, as with walking along the banks and bridges of the Seine, I feel that it’s one of those places that brings out the old school romance of the city. Make sure you go with a full stomach and a free half day to make your visit worthwhile. 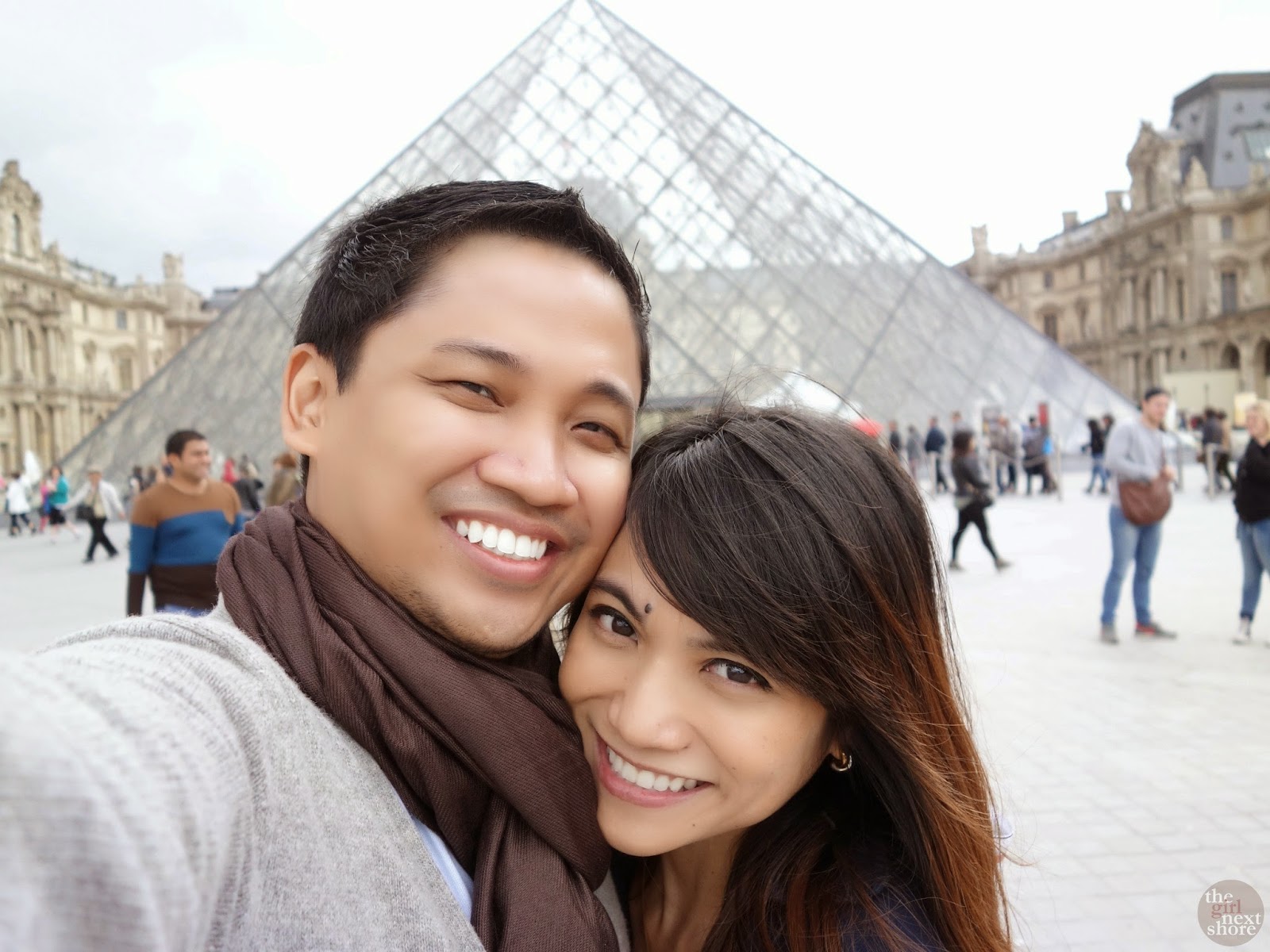