Created by three Spanish friends in 1999, Bilbao Berria has expanded into London with the aim of showcasing Basque cuisine, eating particularly via pintxos (food served in skewers) and tapas (aka food served on plates). Tucked in the lower end of Regent Street, the chain’s first international restaurant is fronted by Aussie celebrity masterchef Ash Mair. 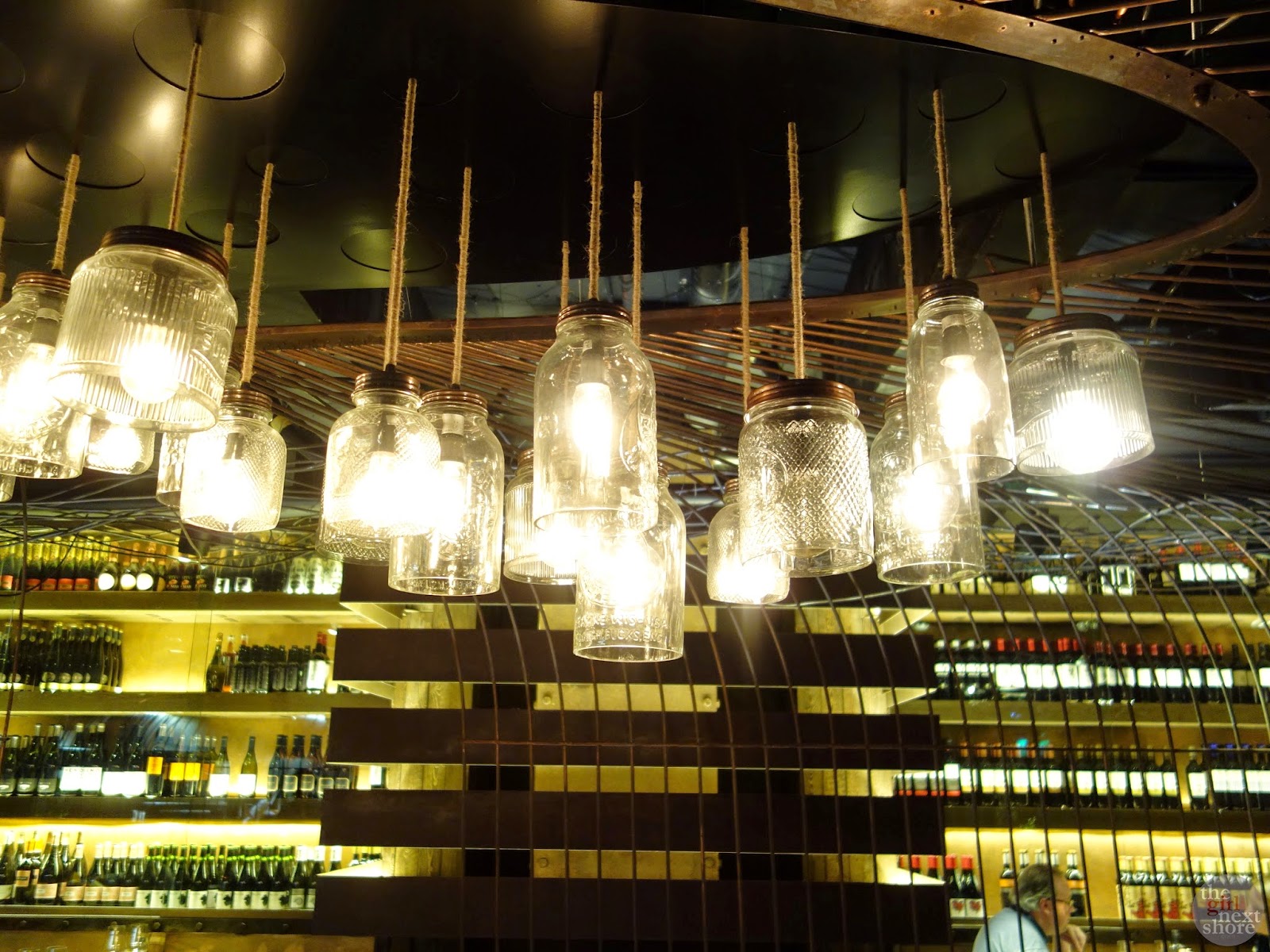 Heaps more polished than the Bilbao and the Barcelona restaurants, the London joint is STUNNING. It’s very cosmo-industrial which I reckon would appeal to those who like a good social scene (thus questions the choice of location, close to tourist-laden spots and teenage clubland). 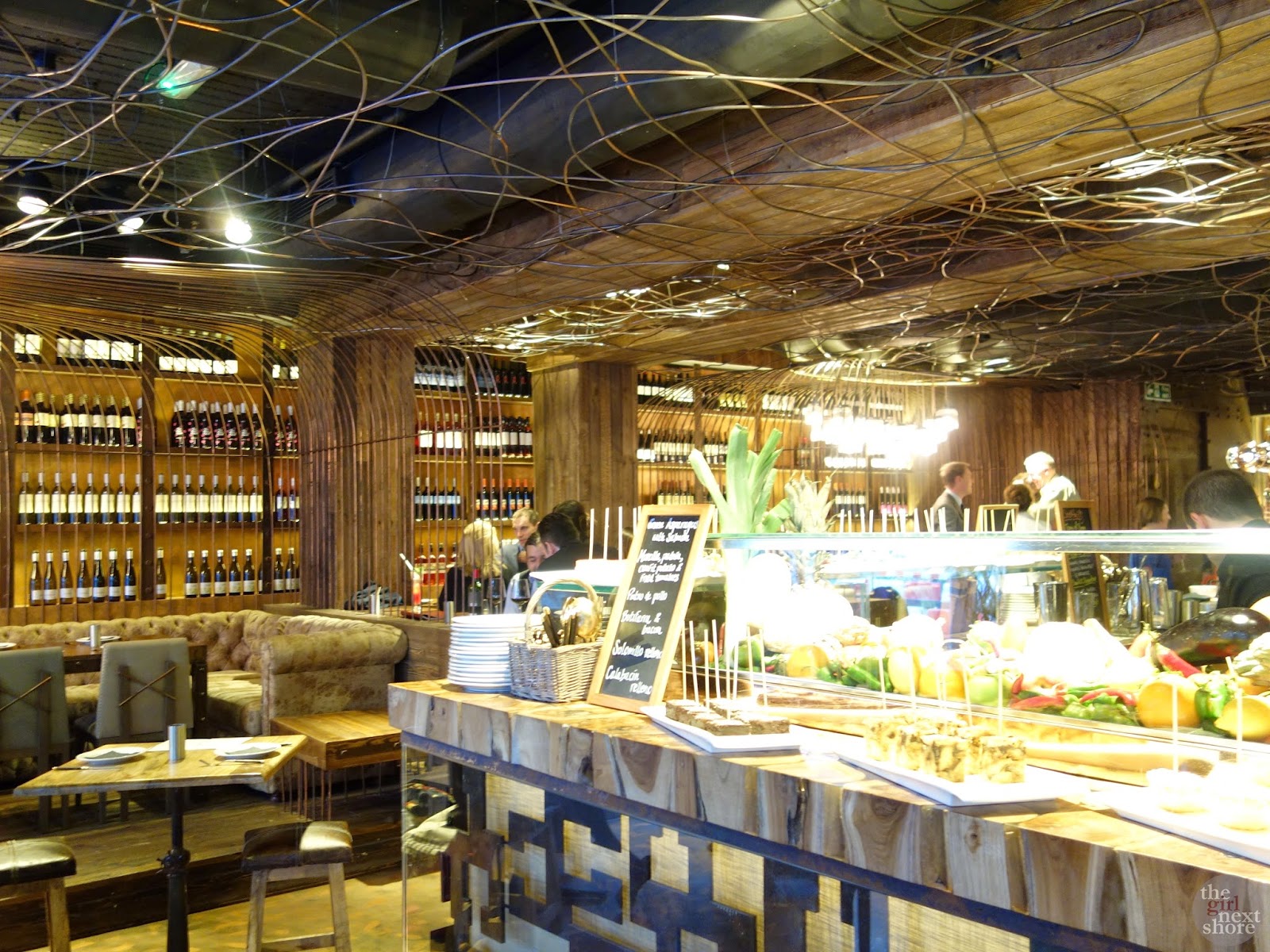 The taverna upstairs is chic with booths surrounded by cage-like installations lit by clusters of mason jar lamps, exposed ceilings adorned with some wiring that looks artsy on its own. Here, the vibe is rather casual. You get to grab however many pintxos you like, with servers behind the bar to ask for questions. 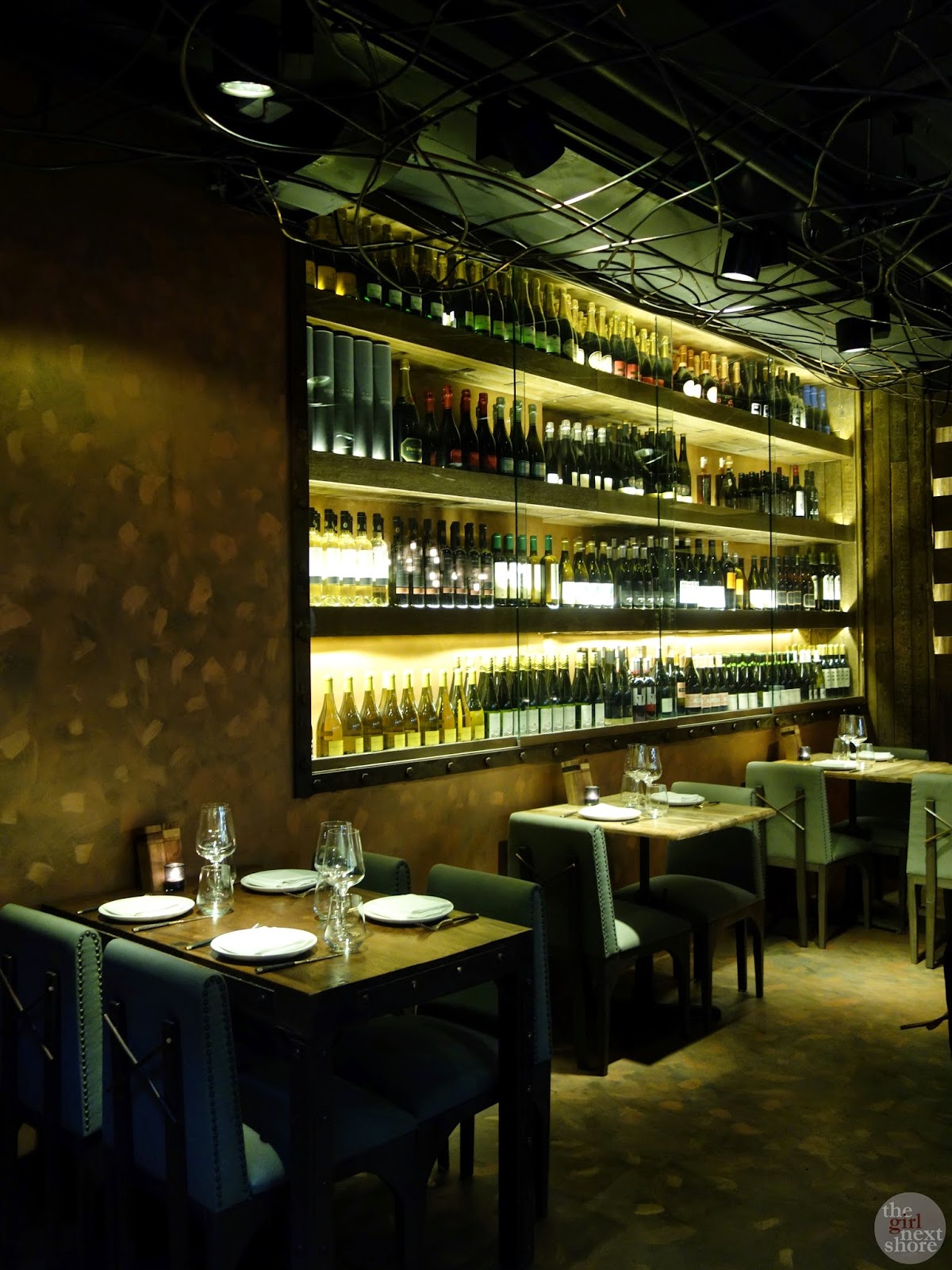 Downstairs, you get a more “proper restaurant” feel. Save for the airconditioning (it felt a bit humid), it’s better for gatherings and dates. 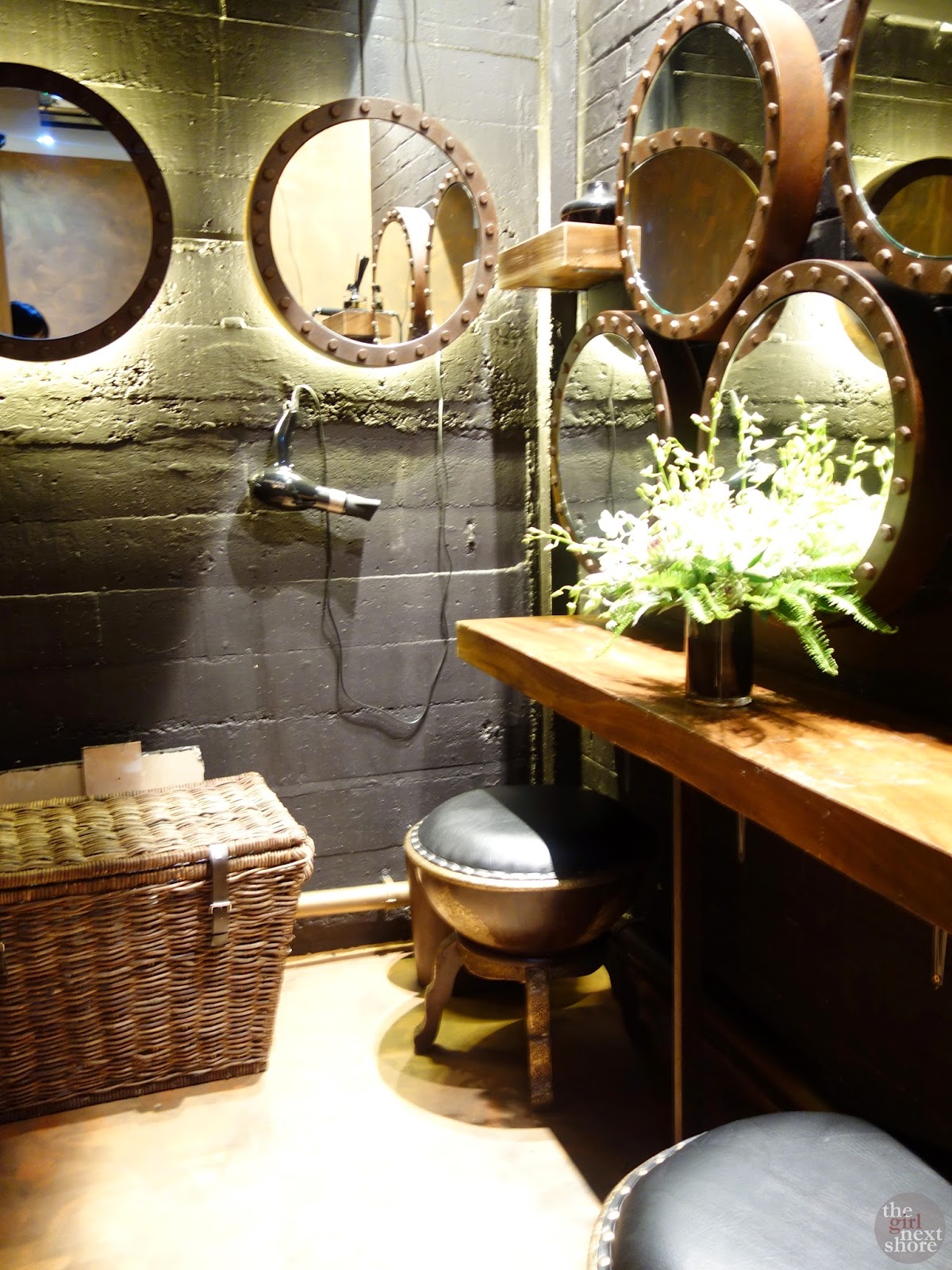 The ladies room has its own pampering area supplied with blowdriers, hair straighteners, vanity mirrors and that “make-me-look-pretty” lighting. Award. 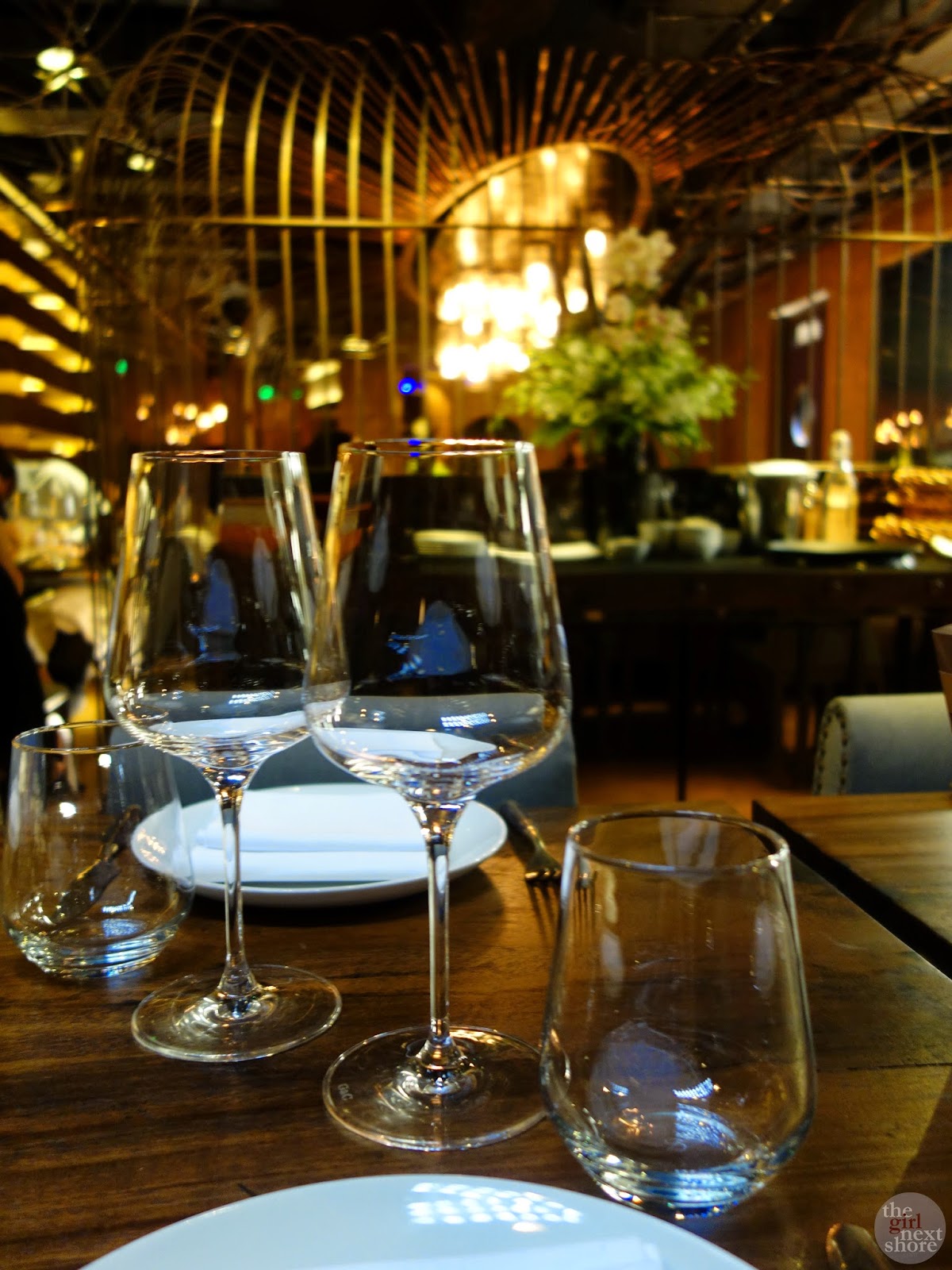 Impressed by the ambience and the superficial notes on interiors, I was ready to try the food. We had a party of 14 so we had to get the set menu. Ate T, knowing I can be slightly picky with my food, gave me the option to go a la carte. Bless her cotton socks.
There were some things I tried off the sharing set menu: 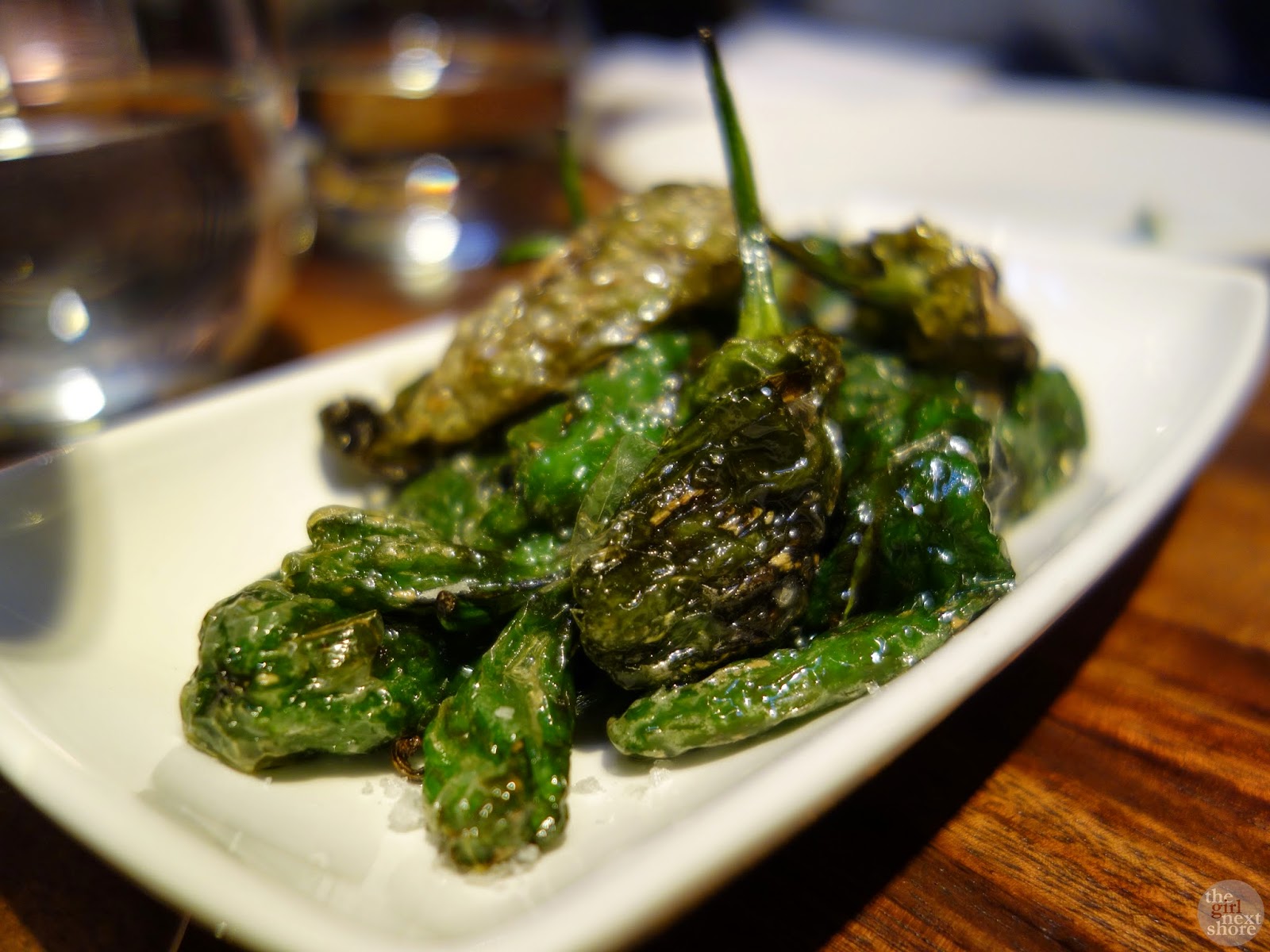 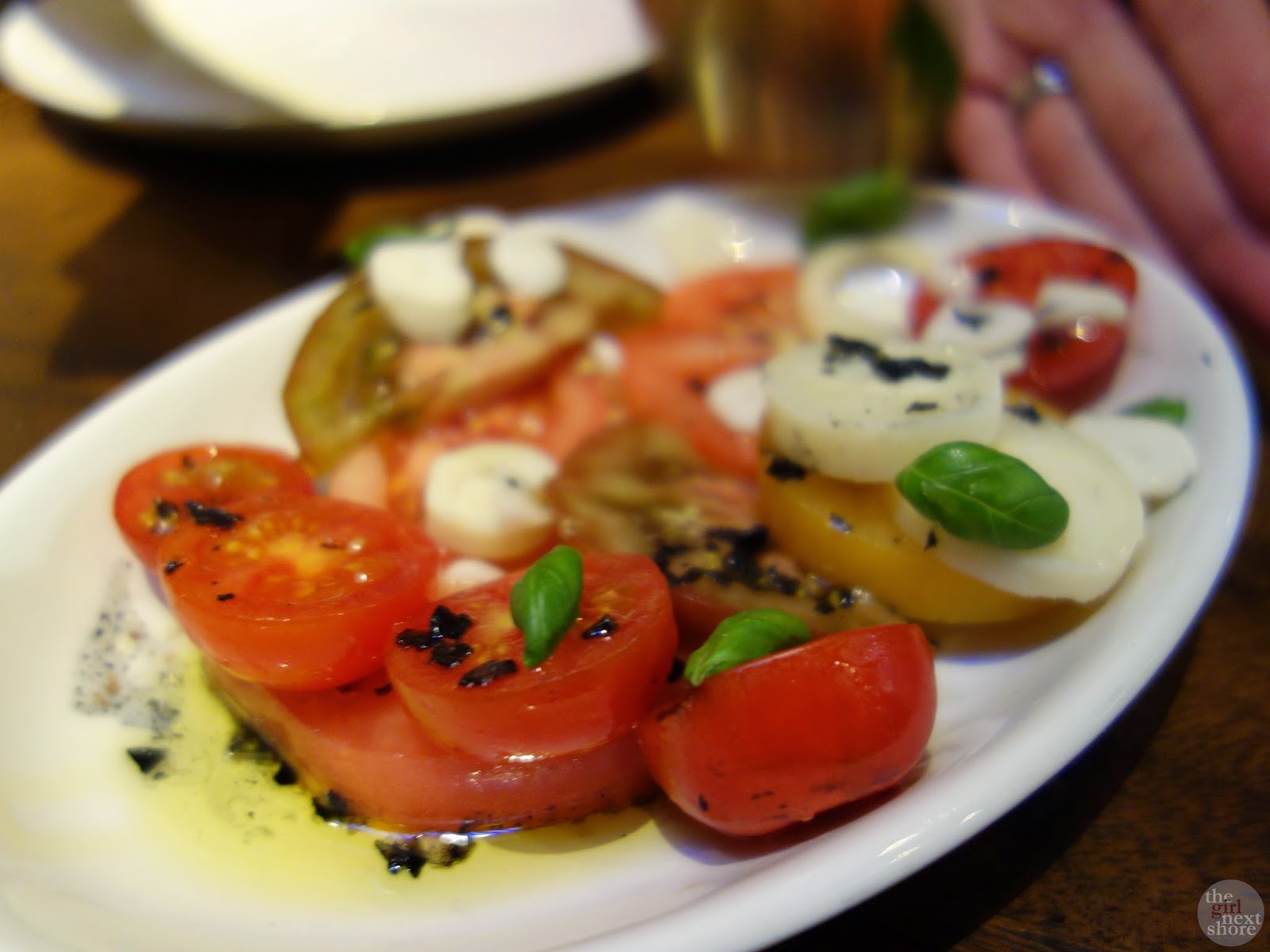 Ensalada de tomate y palmito. I thought this was the Basque/Catalan version of a salata tricolore. Essentially a very simple dish of toms, basil and palm hearts dressed in olive oil. Simple, but refreshingly smart. 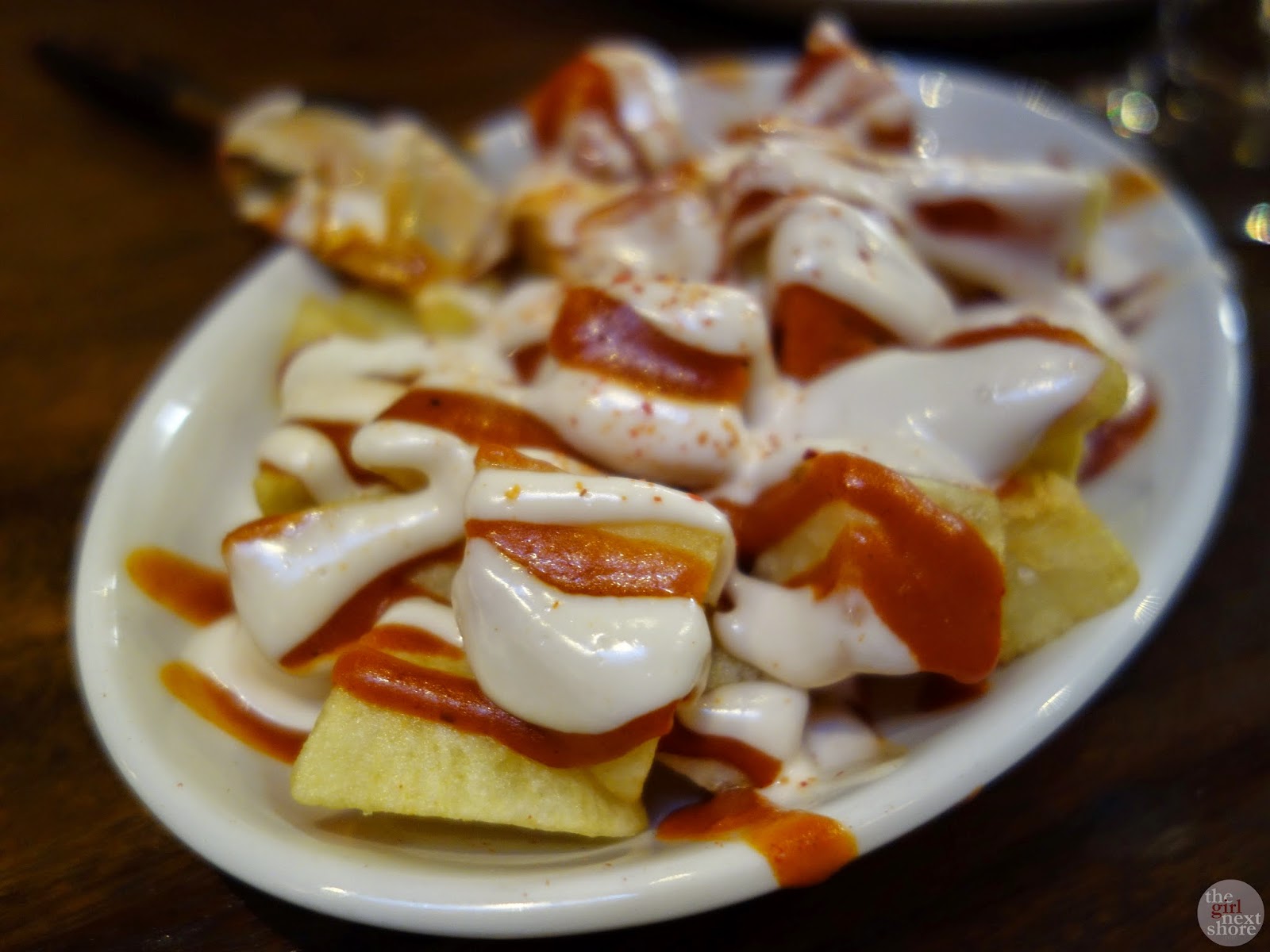 Patatas bravas. These (supposedly) triple-cooked potatoes were a bit inconsistent with the crispy coating and fluffy interior factor. The paprika sauce was mild and didn’t do much for me but that garlic sauce was a champ and (almost) saved this tapas bar staple.


The set menu was served family-style and also included a Spanish cheese platter, bread, calamari and chicken in adobo spices. Price is £32 per person.

Now, here’s what I ordered from the a la carte menu. I wanted to get a few gluten-free plates as I thought I could share it with our coeliac mate but it got a bit frustrating as the servers didn’t know which ones were gluten-free (ie they told us which ones were, but then returned to say they weren’t). 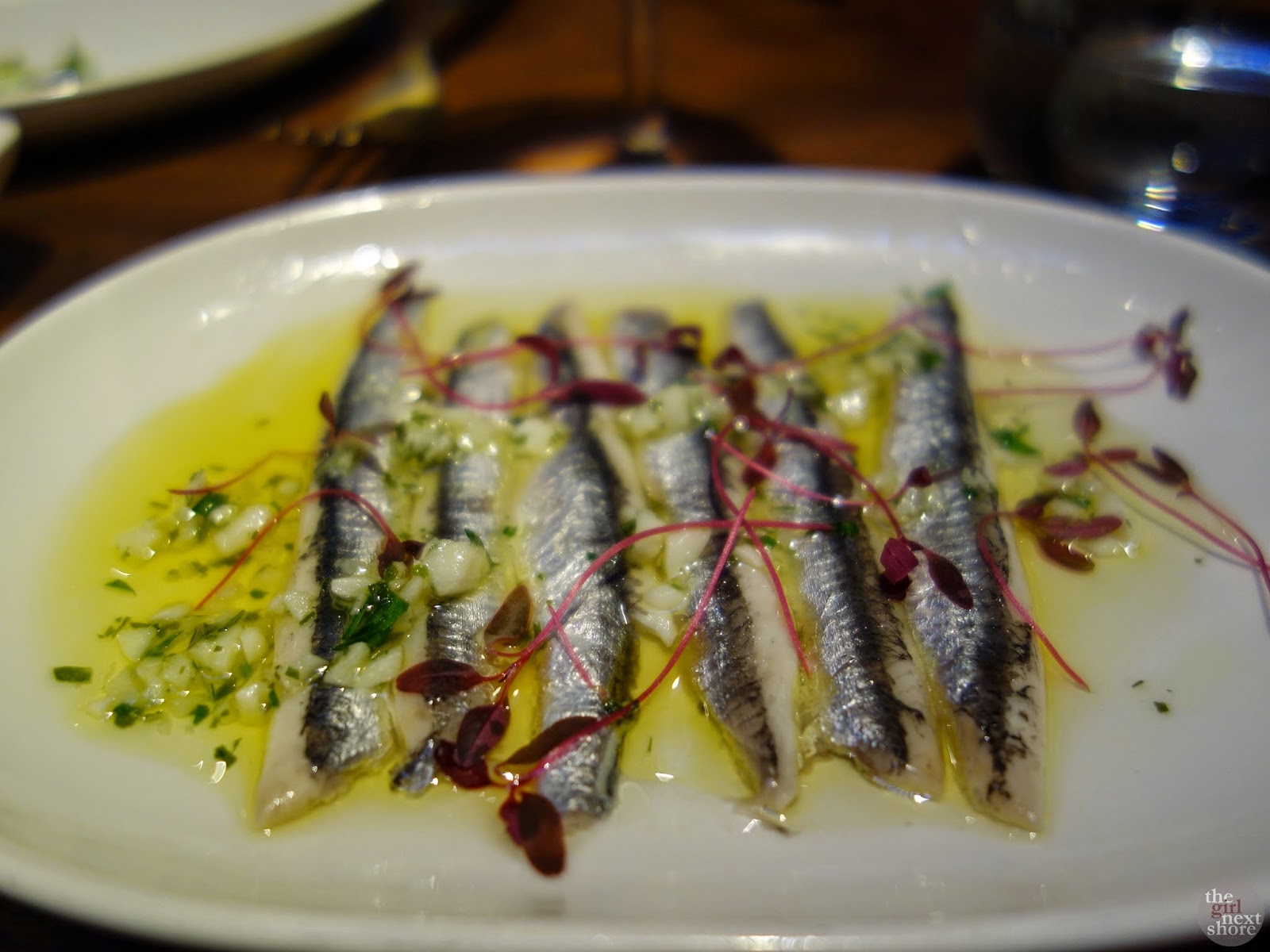 Boquerones (GF) This humble starter of anchovies marinated in pickled garlic sauce deserves some bragging rights for its bang on the money flavour. 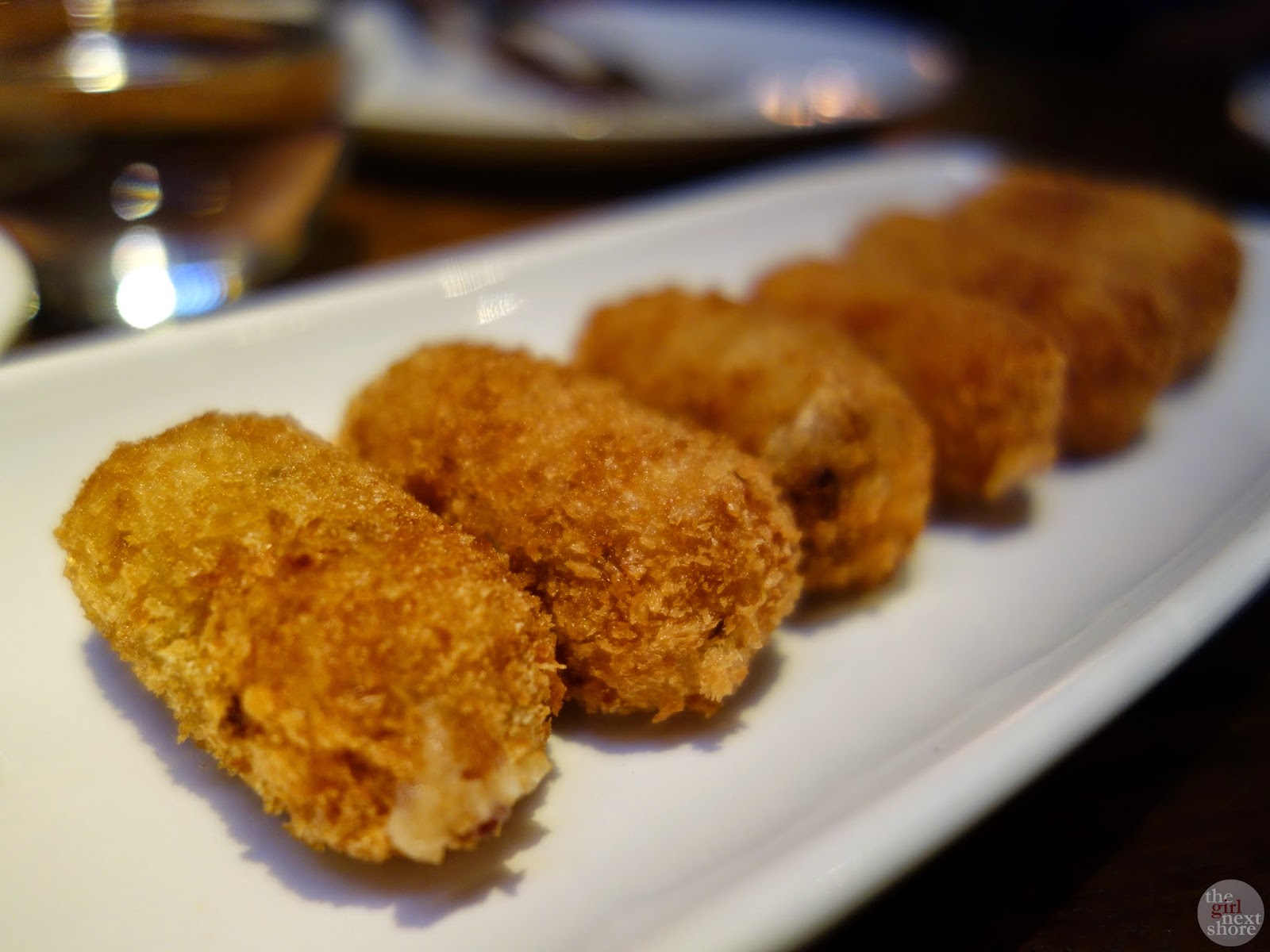 Compared to Barrafina’s two-ball “while you wait” serving, the croquetas de jamon were perfectly sized for me. The creamy gooey cheese didn’t overpower the saltiness of the ham and there was enough of it to please the palate. I liked it a lot. 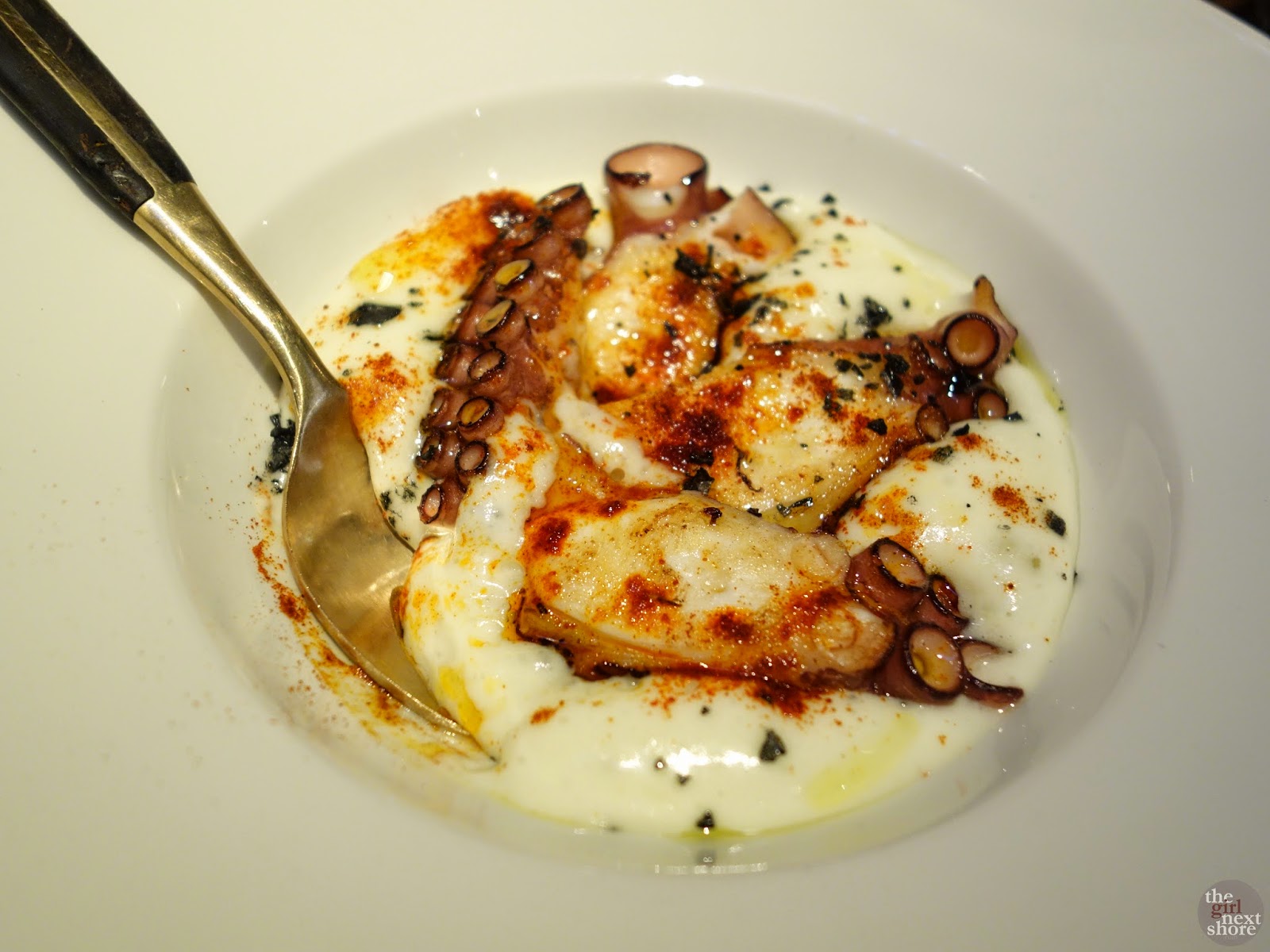 I love octopus so I ordered the pulpo. An honest man would say this is not a sharing plate of tapas but perhaps a starter for one. The octopus was cooked well, but the dusting of paprika left me missing out on flavour. The mash was extremely creamy, but was quite underwhelming too. 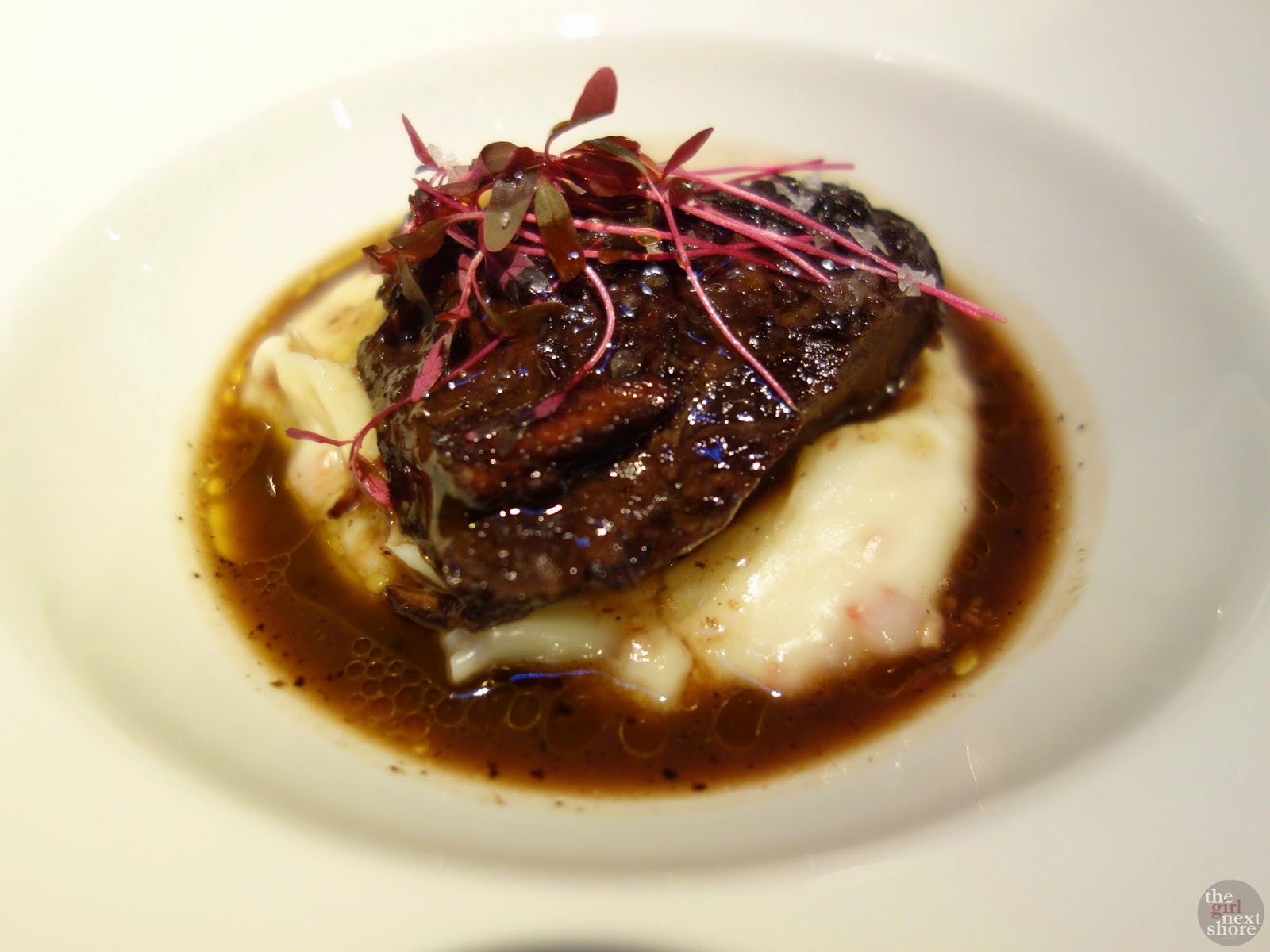 The carrilleras de buey (GF) was interesting. The beef cheeks braised in Pedro Ximenez were out-of-this-world tender and the parsnip mash was creamy like home. There was meant to be some Iberico pancetta but I couldn’t find a single piece. It needed a bit of seasoning, too. Thank God for these beauts (plus Ate T’s other mates) who made the whole experience bearable, laughable, and enjoyable. I had quite a lovely time hanging out with the ladies (and some of their men). I hope the birthday girl did, too.

Overall, despite being wowed by the sophisticated sassy surroundings I was quite underwhelmed with the service and food downstairs. The tapas are incomparable to the standards of Salt Yard and Barrafina. I am, however, curious about the pintxos bar (it is after all what put them on the culinary map) so I wouldn’t mind giving it a go at some point.

Oh, and if you find out who did the interiors, drop me a note. I’m really curious.