October is finally here, which means  I am finally (after a lot of immigration law changes) eligible to apply for my UK residency after almost a decade of being an expat and countless visa renewals. #fistpump
I’ve been living in London for a third of my life, during the psychosocial development years where one forms and raises opinions on how intimate he becomes with himself, his peers/colleagues, and his lovers. The existential question in this stage of life is whether one is capable of loving, and living in this city has definitely helped me answer that.
I wrote this article two years ago when I realised how this city has moved me, changed me, and made me. I still feel the same.
oOo

“I came to London. It had become the center of my world
and I had worked hard to come to it. And I was lost.”

– An Area of Darkness, VS Naipul 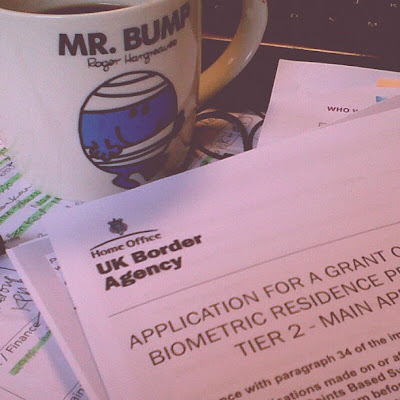 The Olympic Games have come and gone along with the tourists, the easy underground travel and the meager sunshine. News feeds are back to miserable reports on the economic and political changes replacing the Brit rah-rah parade of medals. Ah, yes. London is back to normal and I’m left in thought. Watching the opening and closing ceremonies made me feel quite proud and humbled at the same time. The world had their eyes on this city for all two weeks and the build up was just as well-played. Kinda similar to my status here.


I’ve printed off my visa extension application earlier this week and it dawned on me that I’ve been in the UK for six years now. Surreal. I still remember the day I left/arrived: how anti-climactic and comedic it was when my mom thought some cameramen were shooting our goodbye-cryfest for an actual TV special (they were there for Judy Anne Santos); the guy I met and hung out with during my layover in Dubai who was doing his MBA in LBS (turned out to be my seatmate too!); the gorgeous weather on my arrival; how lonely I felt on my first night.


Whilst doing my course I spent a year in beautiful beachy Bournemouth with family which I will always be grateful for. It would’ve been a very comfortable and easy life if I’d stayed in town after I finished but that would’ve defied the point of taking the big leap. I wanted a challenge, and as most kids fresh off university, I wanted to be in the capital. I wanted to be consumed by the labyrinth of markets, museums, boutiques, hotels, bars, restaurants and people.


In one of the summers we visited England, the family visited London and I took it all in: the pretty blocks of listed buildings, the signs of monarchy, the grand blitz of people in grey and black, the utterance of ‘Oh-er hello-er, so-er sorry-er.’ in queues. Something came over me that day and it was in a Maccas by Trafalgar Square that I realised what it was. I was in love, and living in the city grew into an itch I had to scratch. So when I finished all familial obligations in Manila and in Bournemouth after graduation I moved to smoky, populous London.


I got lost in London’s metropolitan haze. Alternative Camden. Artsyfartsy South Kensington/Notting Hill. Hip, urban Brixton. Cosmopolitan Shoreditch and hipster Islington. Glorious food heaven in Southbank. Ethnic and vintage finds in Brick Lane and Spitalfields. Flamboyant bars in Soho. Europe in Covent Garden. The mass focus of the West End vs the serious note of legal Chancery Lane vs the commercial interests of the Square Mile. Park life. Everywhere you turn is an adventure or an adjective on its own. It’s exactly what I expected it to be.


Londoners are brilliant: from the slick-suited City Boys in their suits to the hedonistic Camden Goths; from the media savvy West Enders to the urban chic hipsters in the East End. Everyone is amazing. They care, but they don’t, but they really do. I’ve never seen a city embrace diversity more than any other and it welcomes new people with open arms (yes, despite Conservatives tightening immigration laws, this city still beckons the world to feast in its entirety).


They say New York is a city that never sleeps. London does, but then it wakes up and it wakes you up exactly when you need it to. You can easily get lost in all its pride and glory but this is when you realise the many ways you have been ‘found’.


I love London. I’ve never been so happy to call a place (other than the Philippines) home. The city has guided me to have a sense of maturity and independence as well as a positive attitude towards life. I am so happy here: happy with a job I love, happy with the friends I’ve made, happy that I am settled quite comfortably in one of the best cities in the world.


Then again, with a little bit of a shake up in terms of my visa status and my personal life… what happens next? Well, it’s all up in the air for now but nothing a little priority-setting can’t cure. No space for fear here, just the unknown.


oOo
Will I ever be ready to leave my home to move back home home? Truth is, I don’t know. But the moving part is always easier than letting go.Watch this space.
My blogger buddies Sara and Fed have written about their own expat stories as well. Hop on to their blogs for very interesting reads =)