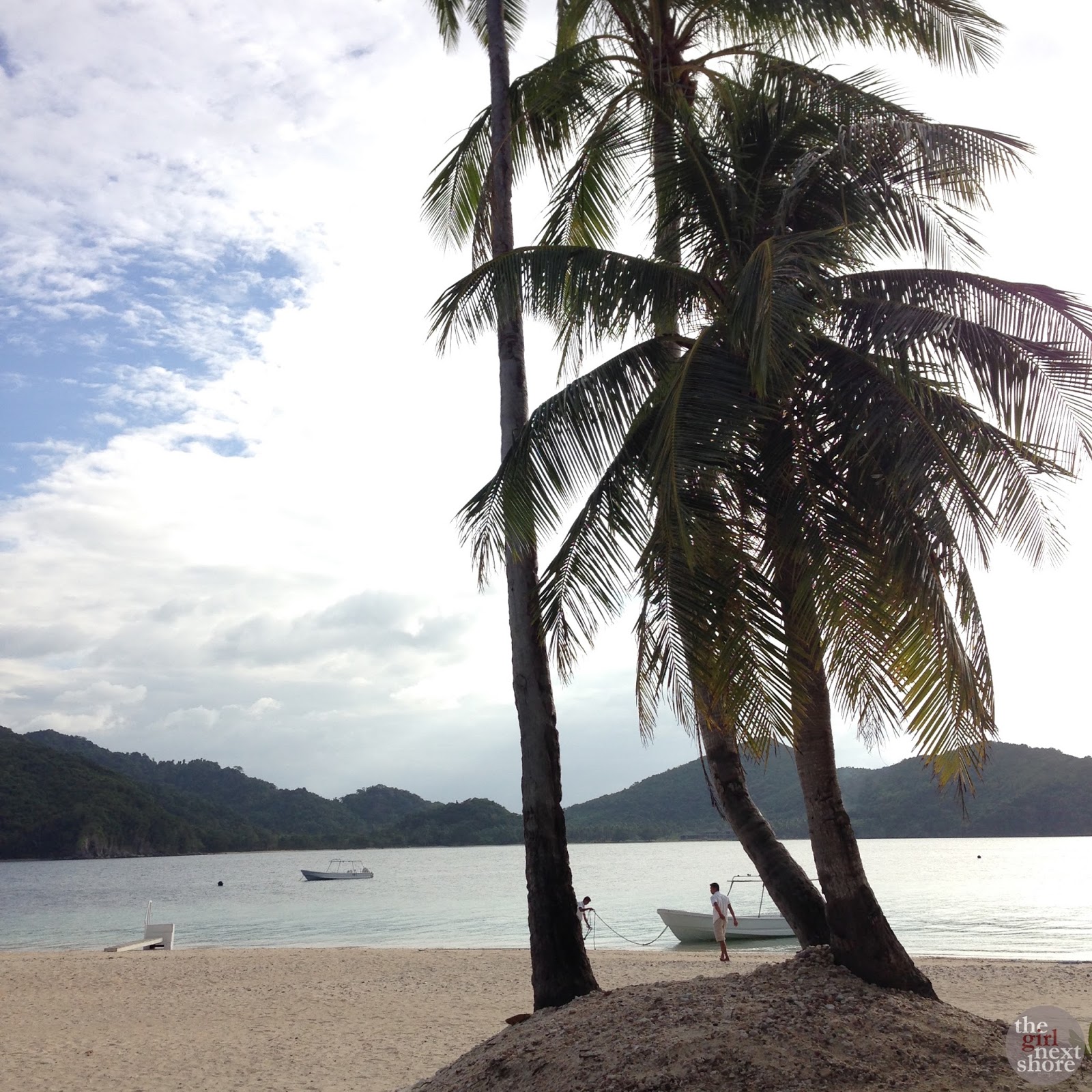 Plaid Boy and I arrived in Pangulasian after lunch hour and we were keen to take advantage of what the island had to offer. 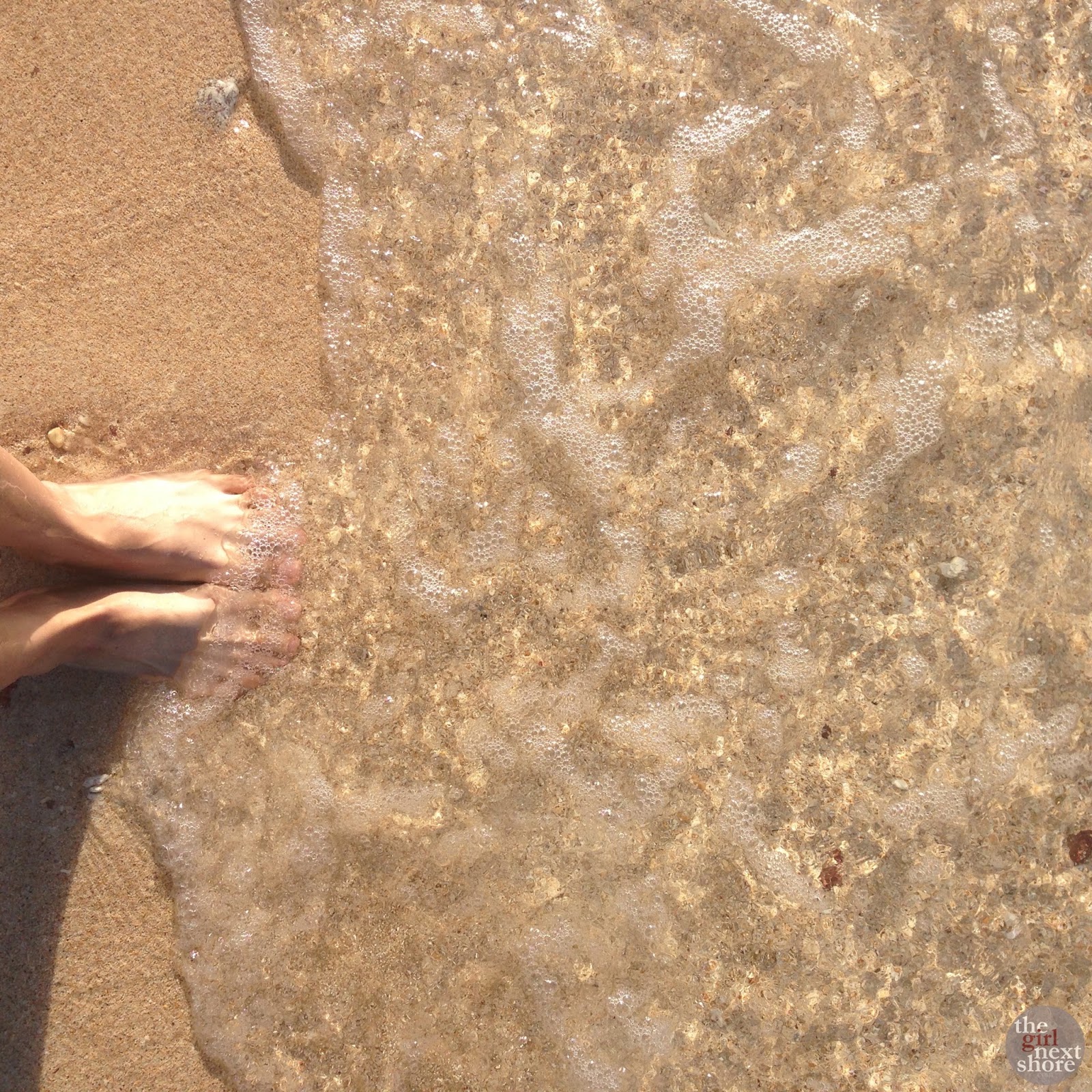 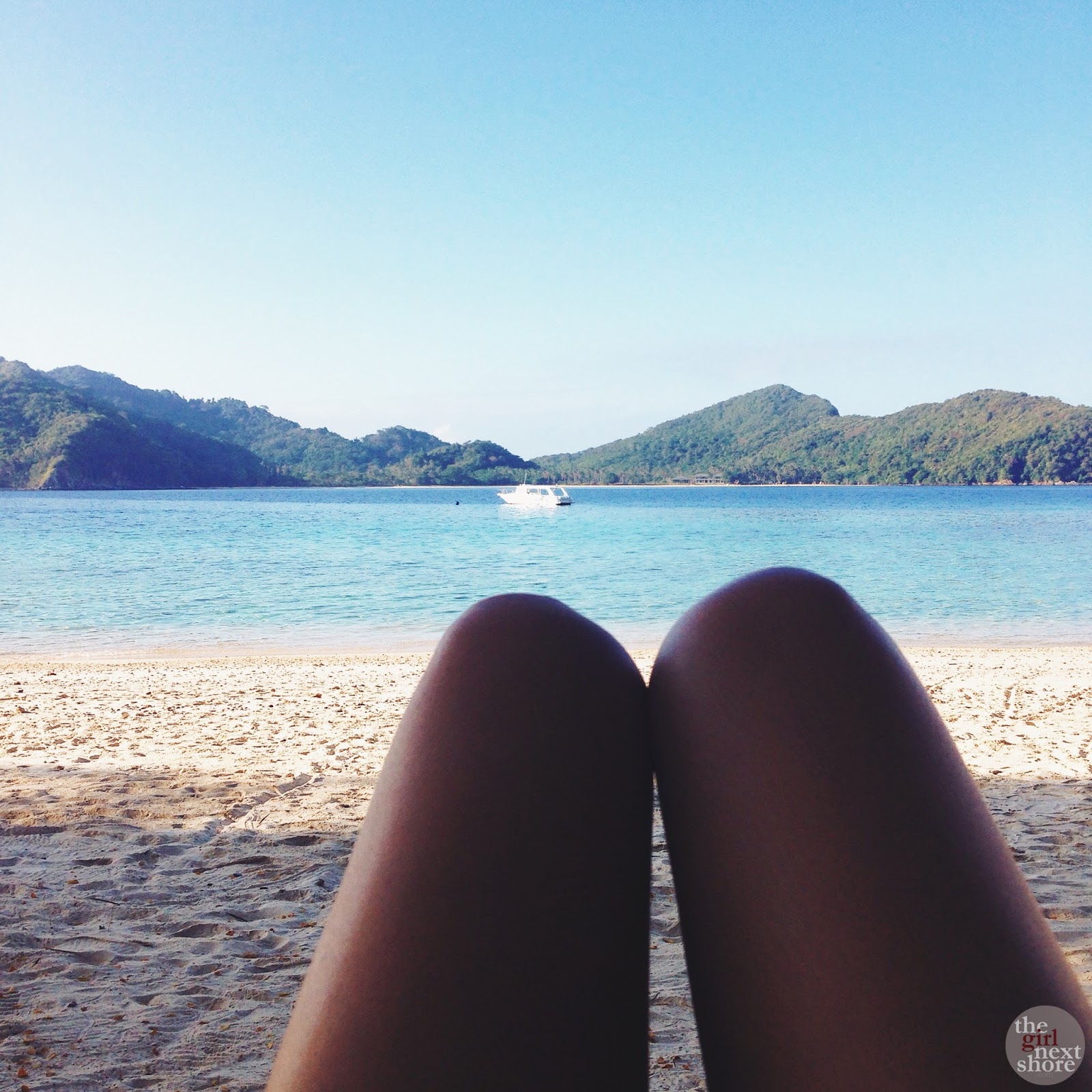 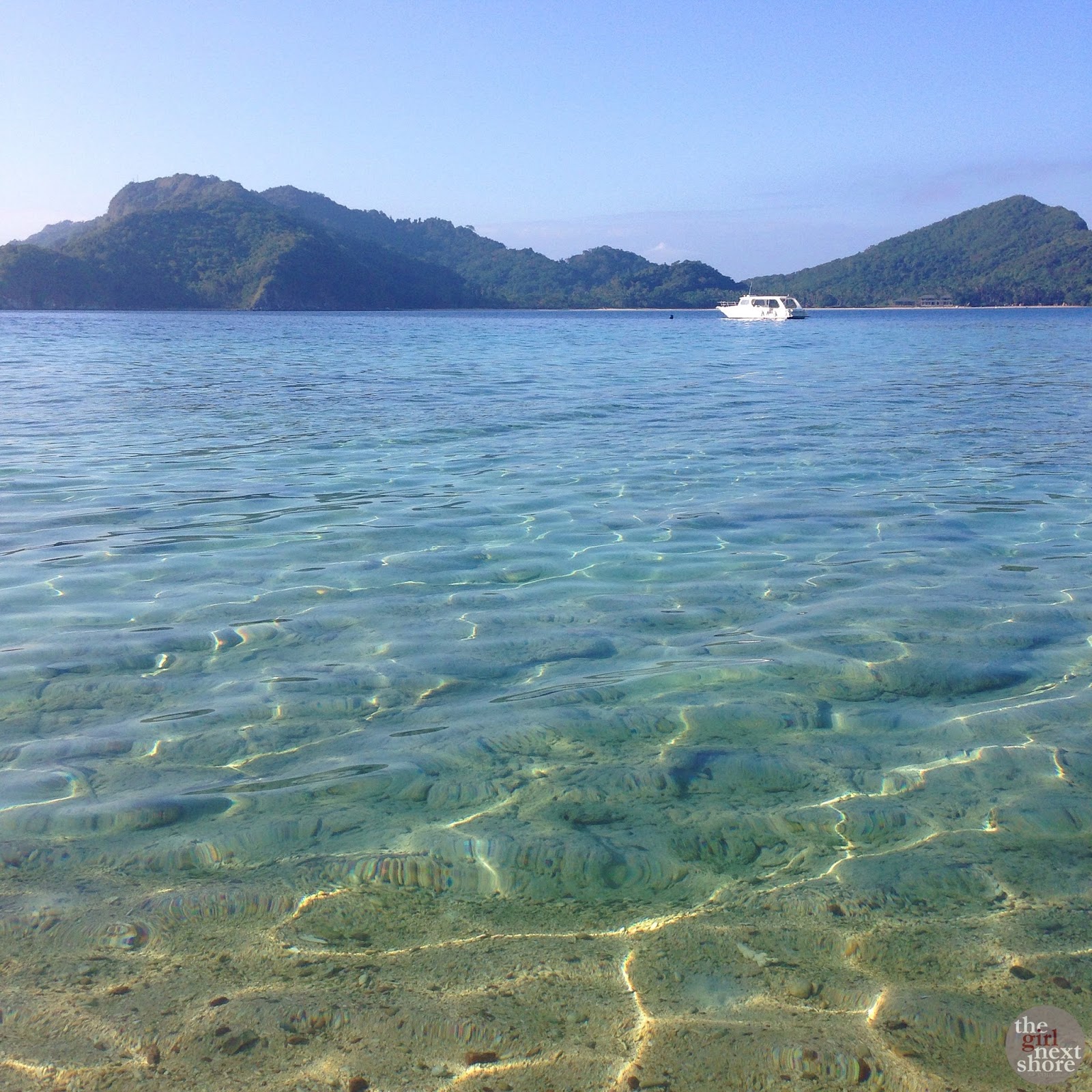 It really didn’t take much to fall in love with the island. The place is darn beautiful. 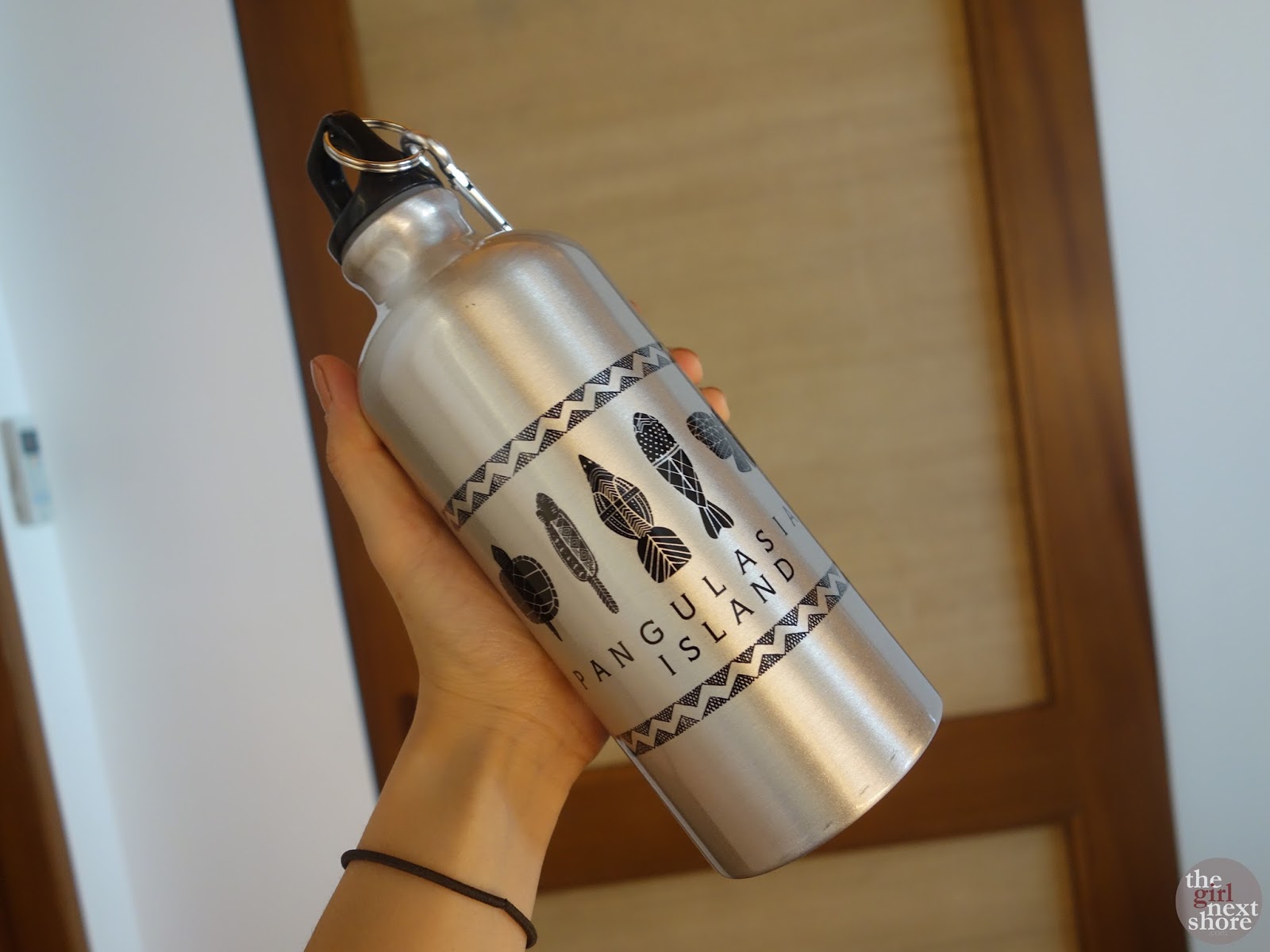 We were given free water canisters to remind us to keep hydrated all day throughout all the activities we chose to do. Such a nice touch, no? 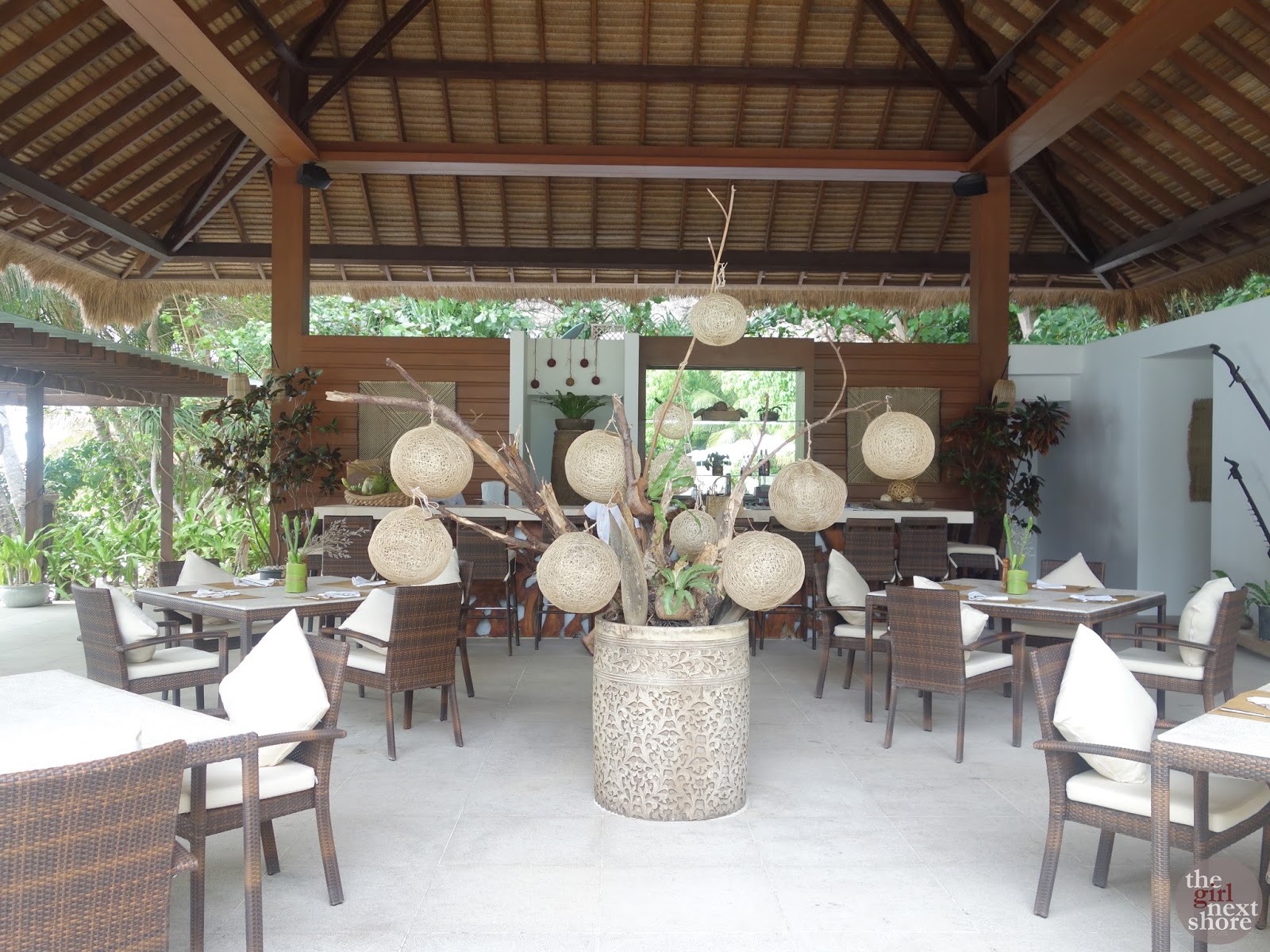 I had ours refilled at the Poolside Bar before we went on our first scheduled activity of the day. 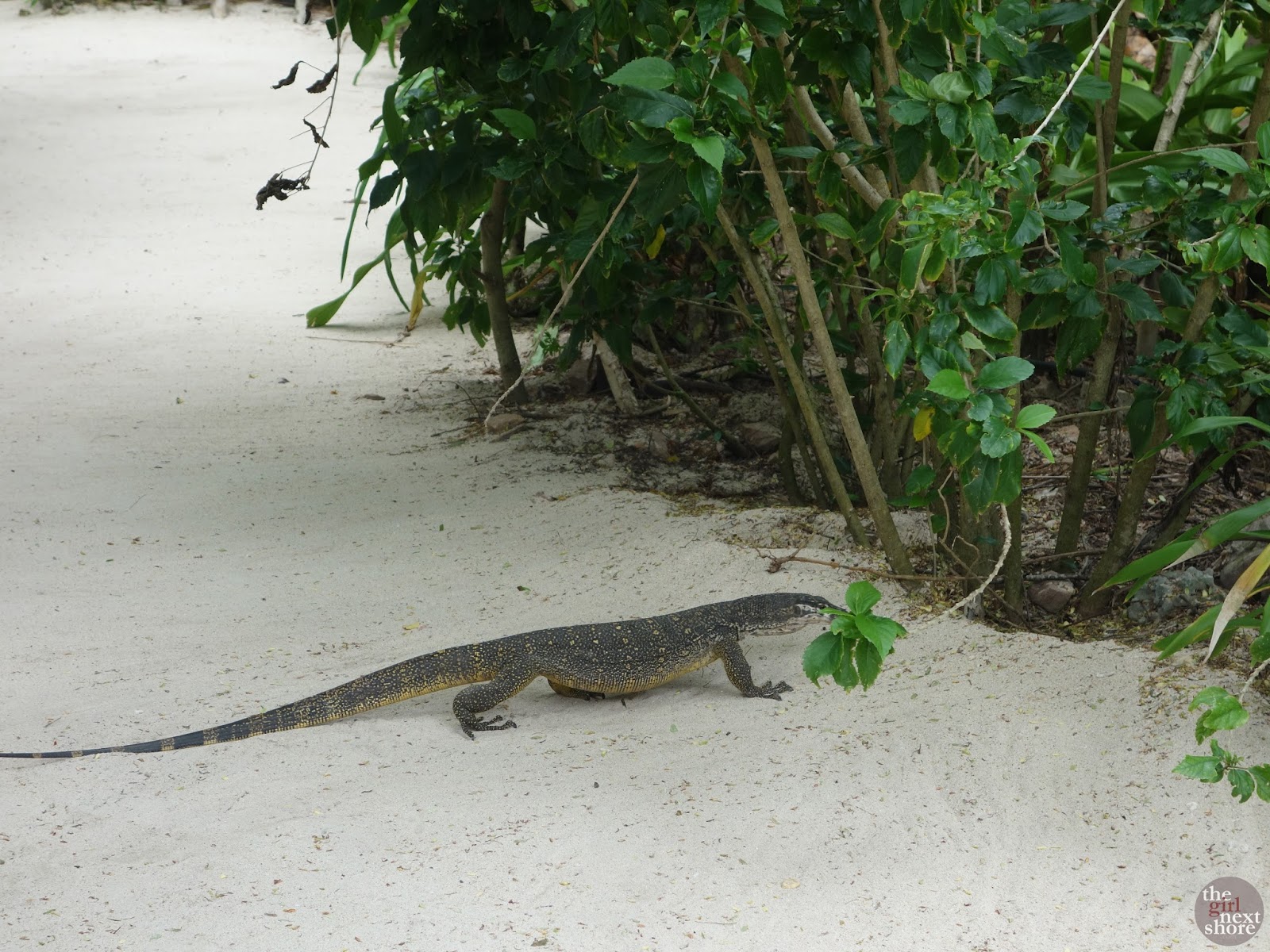 On my way, I tensed when I saw a monitor lizard crossing the pathway. I hate reptiles and amphibians but we were told these babies were quite harmless as they’re the “tiny shy type”.  Right. 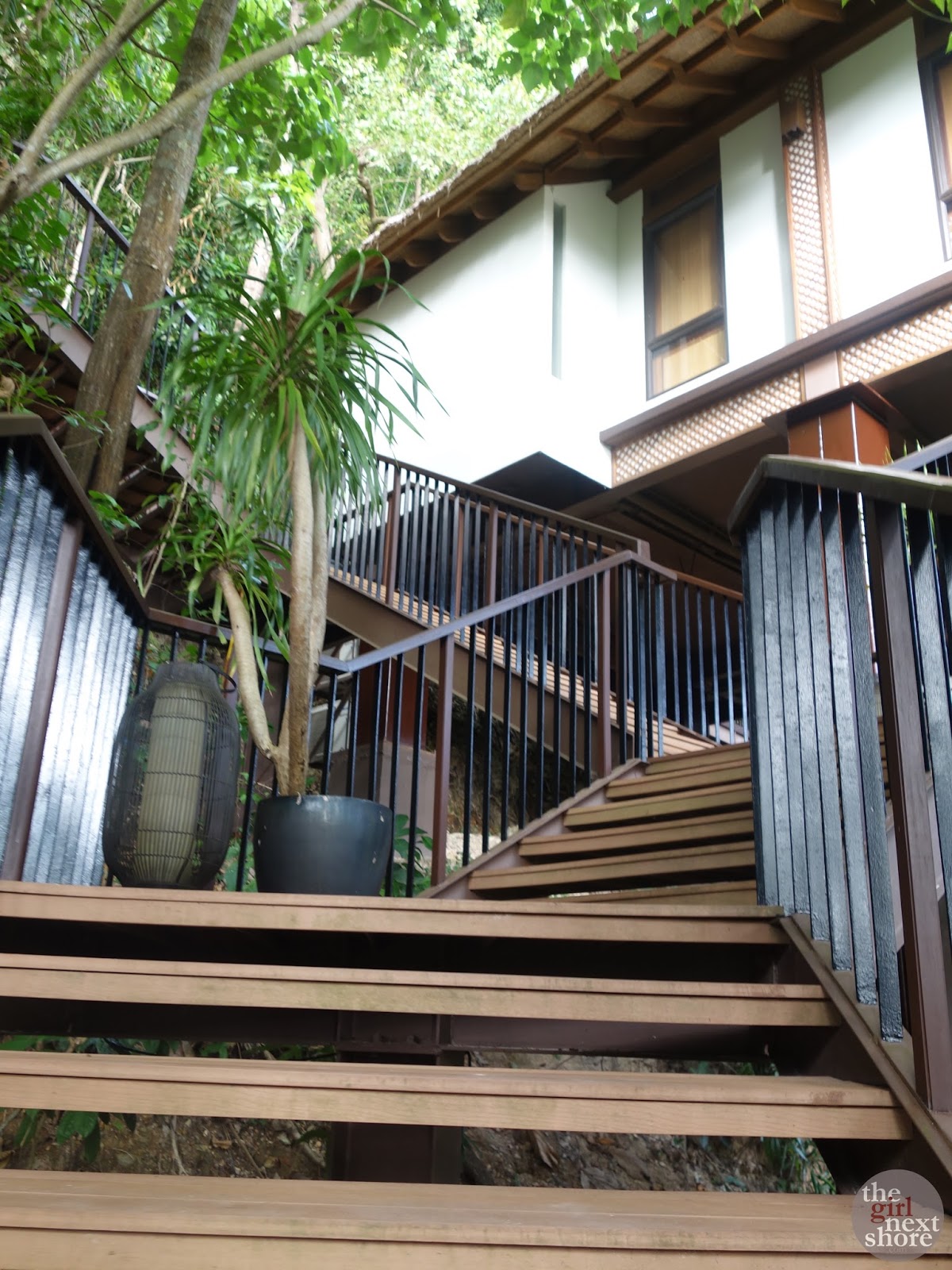 Plaid Boy and I decided to go on a “sunset hike”. We had to go through a trail on a hill extending from the path of the canopy villas. 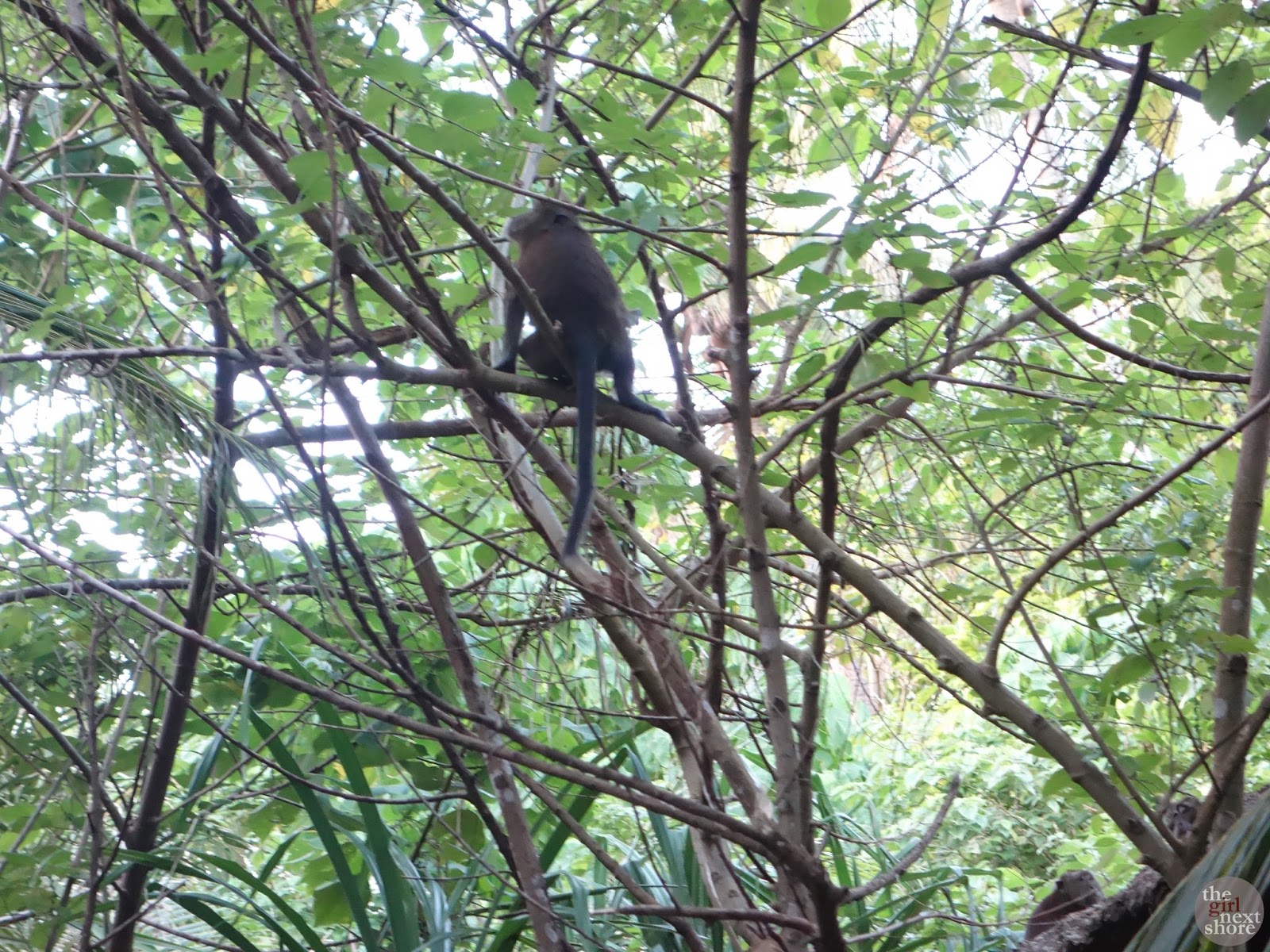 As we started to ascend, we spotted some monkeys playing around. This little one got too rowdy and bumped his head on the metal hedges. We all heard a loud thud… and then silencio. Yikes. 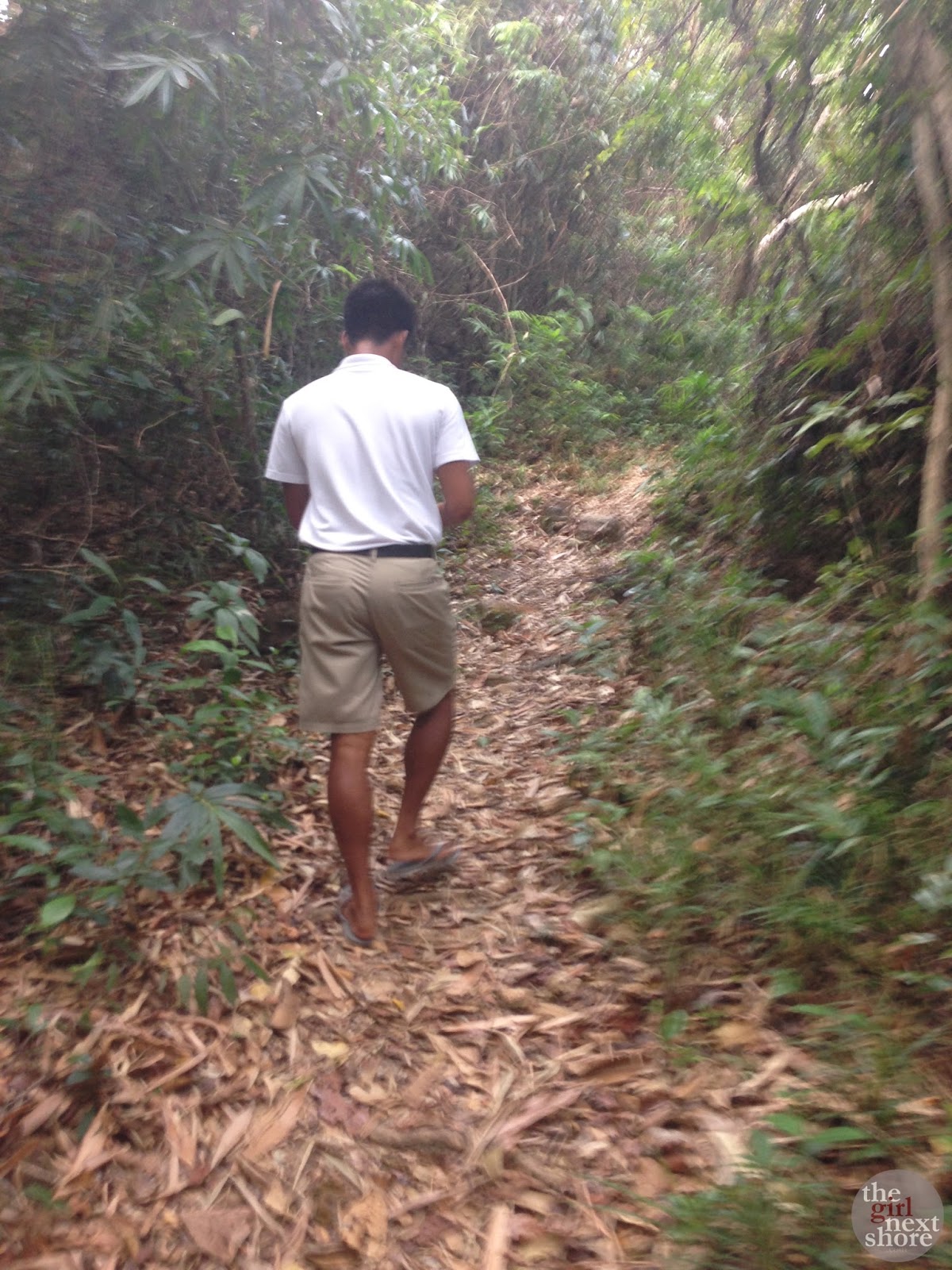 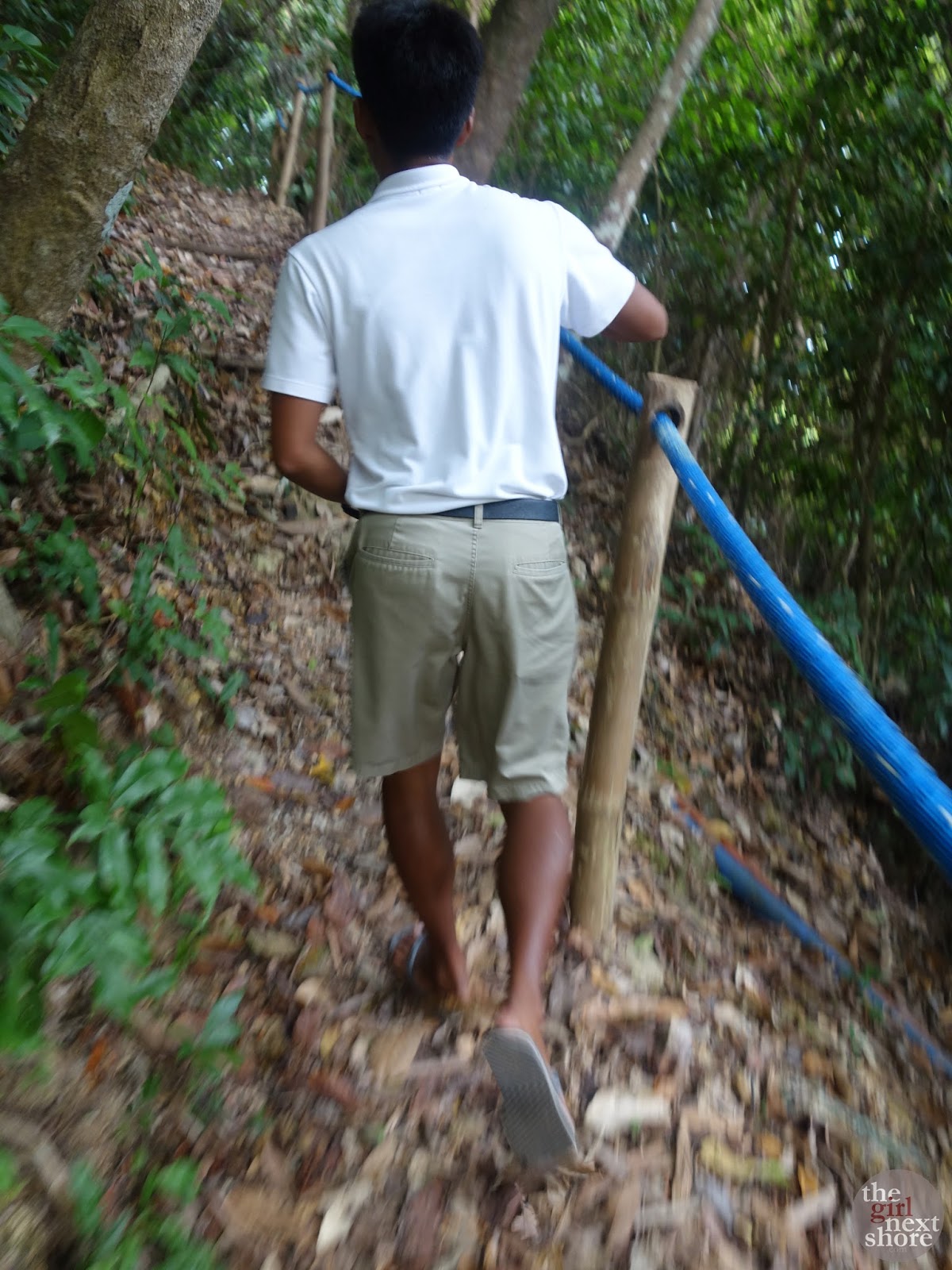 The trail itself isn’t too hard to trek although there are a few steep parts that could get tricky and slippery when you go down. It took us about 25 minutes going up and around 20 minutes going down. Easy peasy! I managed to spot a couple of pretty cool birds living in the rainforest and thankfully no more reptile sightings! 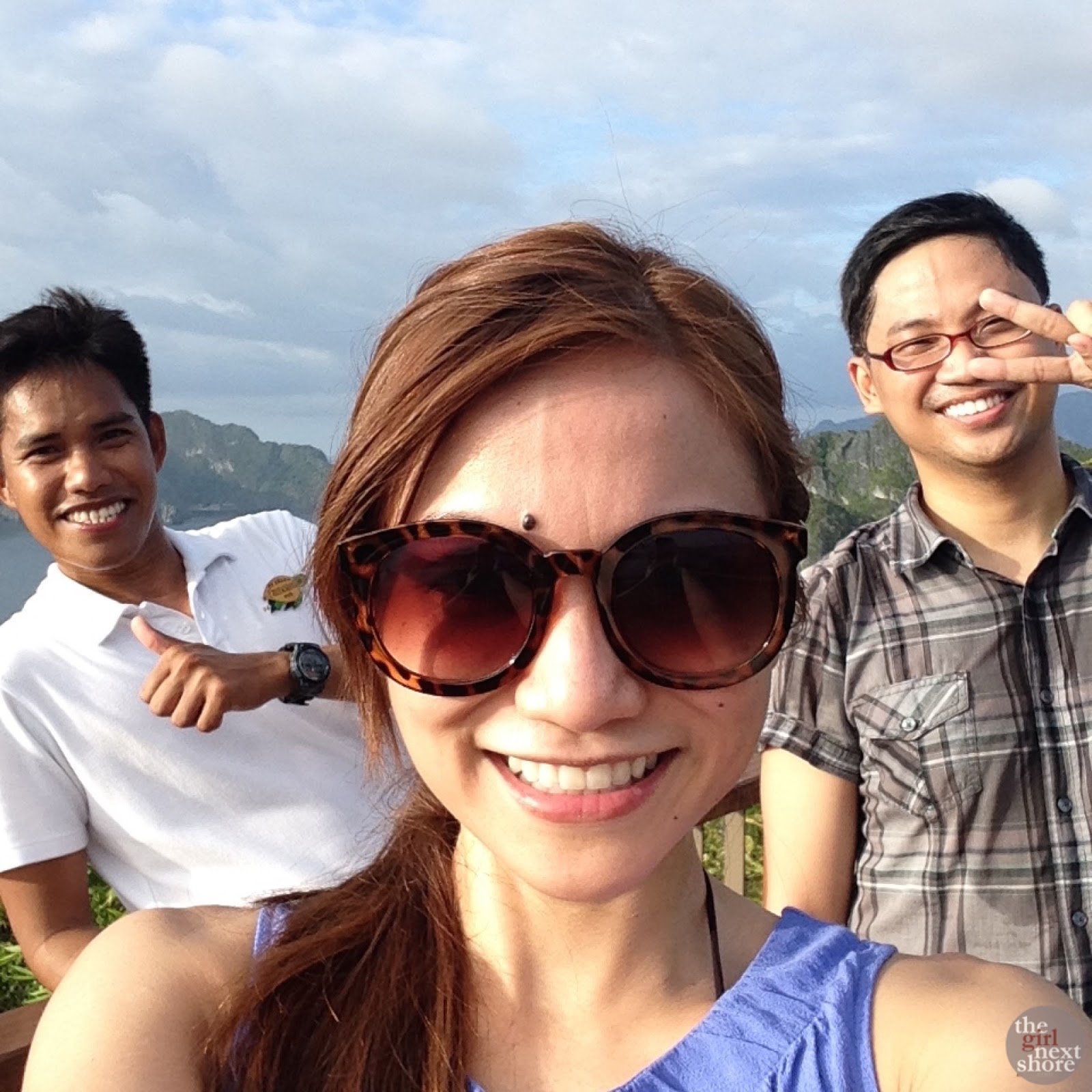 Started from the bottom, now we’re here! Our guide, a nice chap called Emman, made sure our trek was safe and kept us entertained as we went along. He was very knowledgeable about the island and its housed species as well as the surrounding resorts, some of which you can view from the deck. 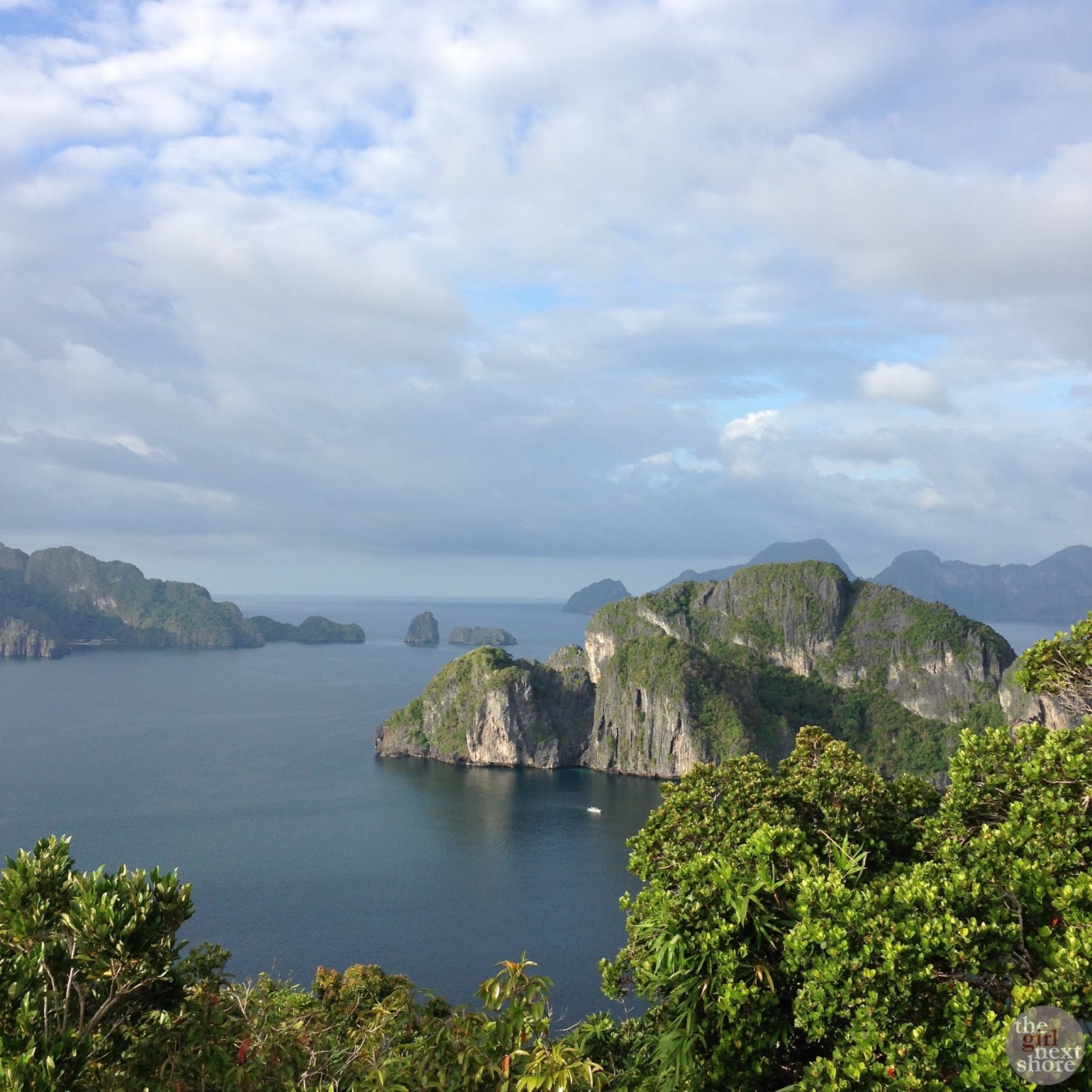 The view was quite spectacular. 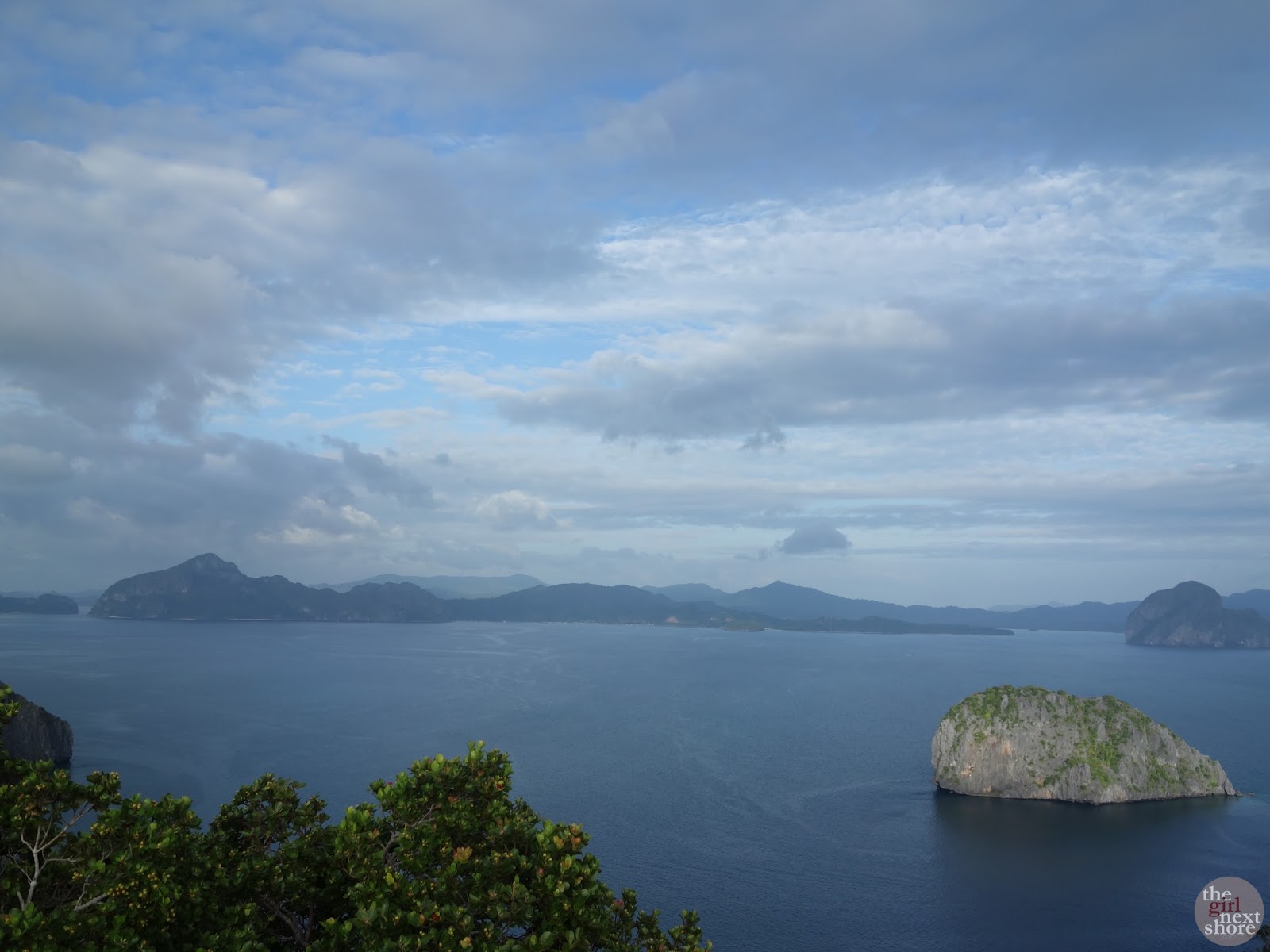 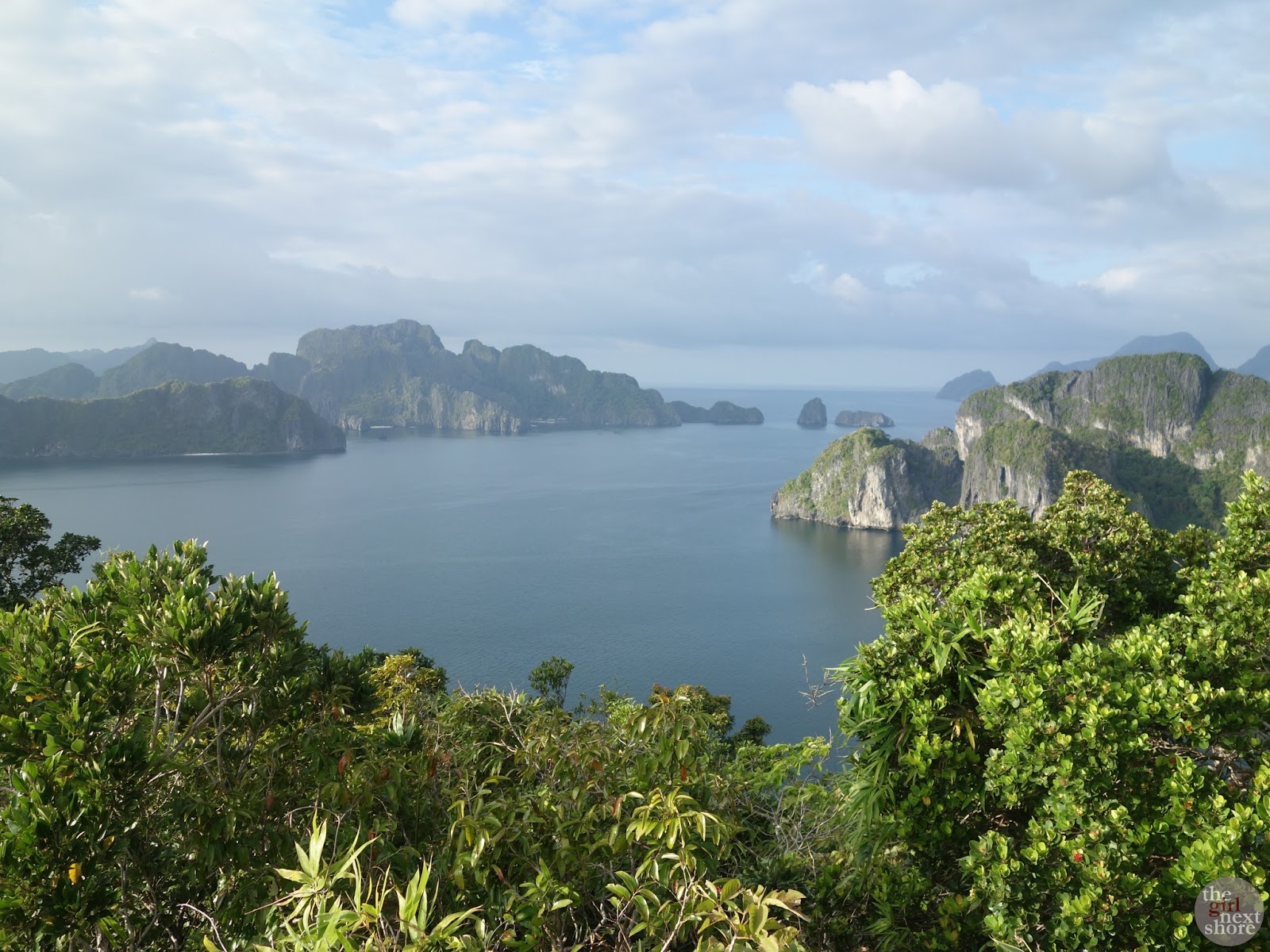 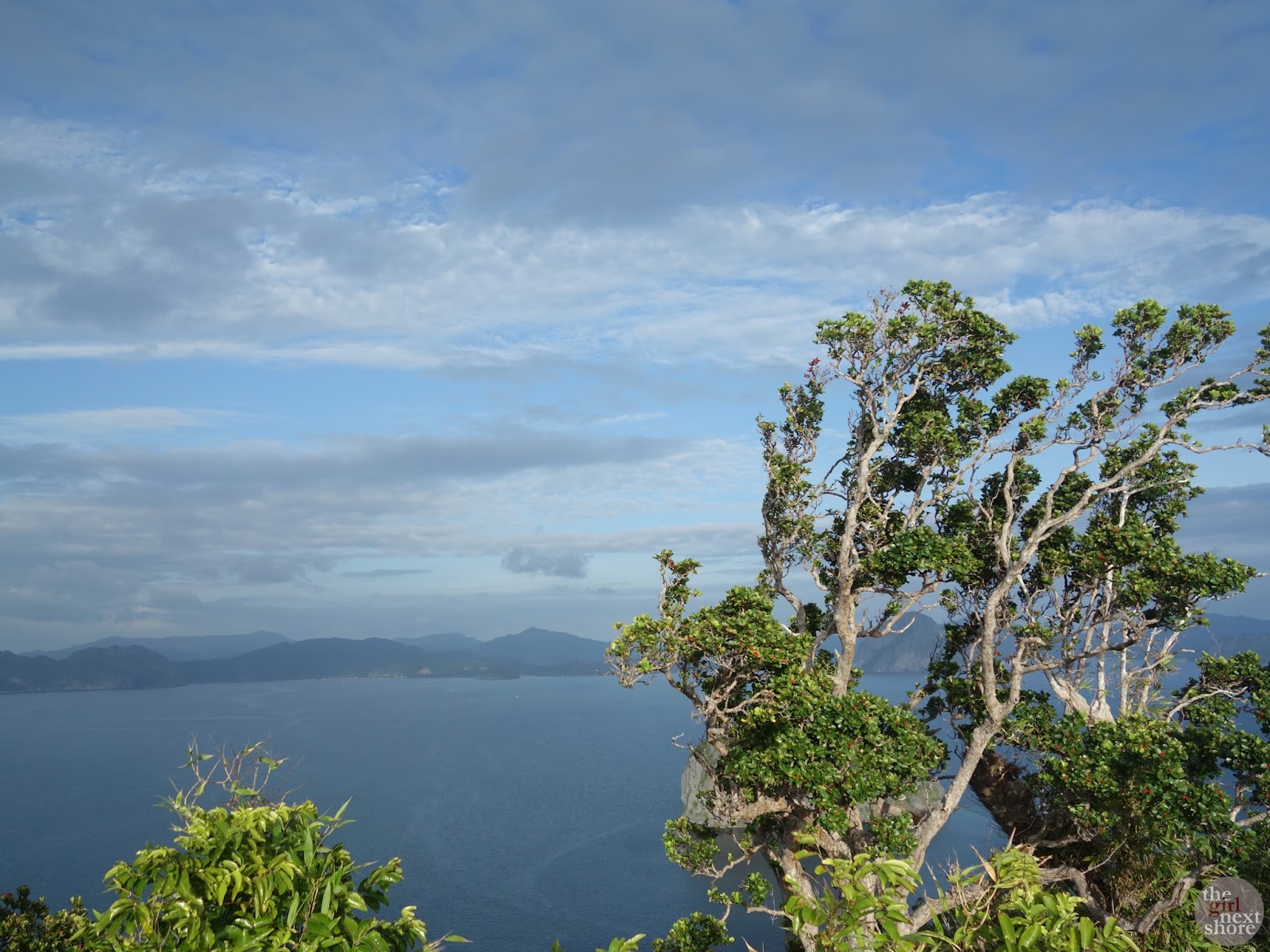 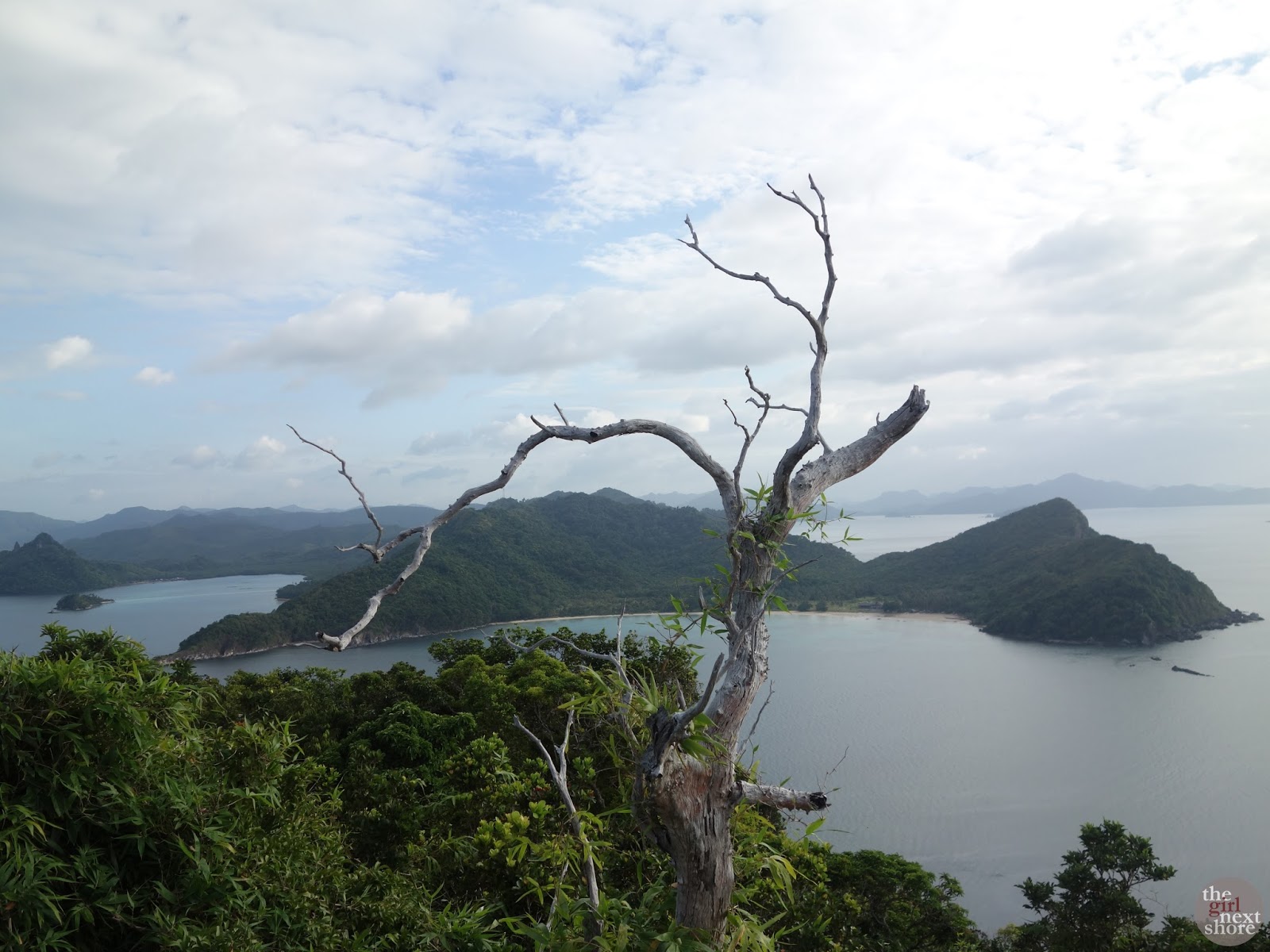 I wish my photography skills were good enough to give this wonderful place and view justice. =(
But I swear, it’s so beautiful up there. Even the hunky Filo actor Piolo Pascual thinks so!
Here he is photographed at the viewing deck with his son on two different occasions. 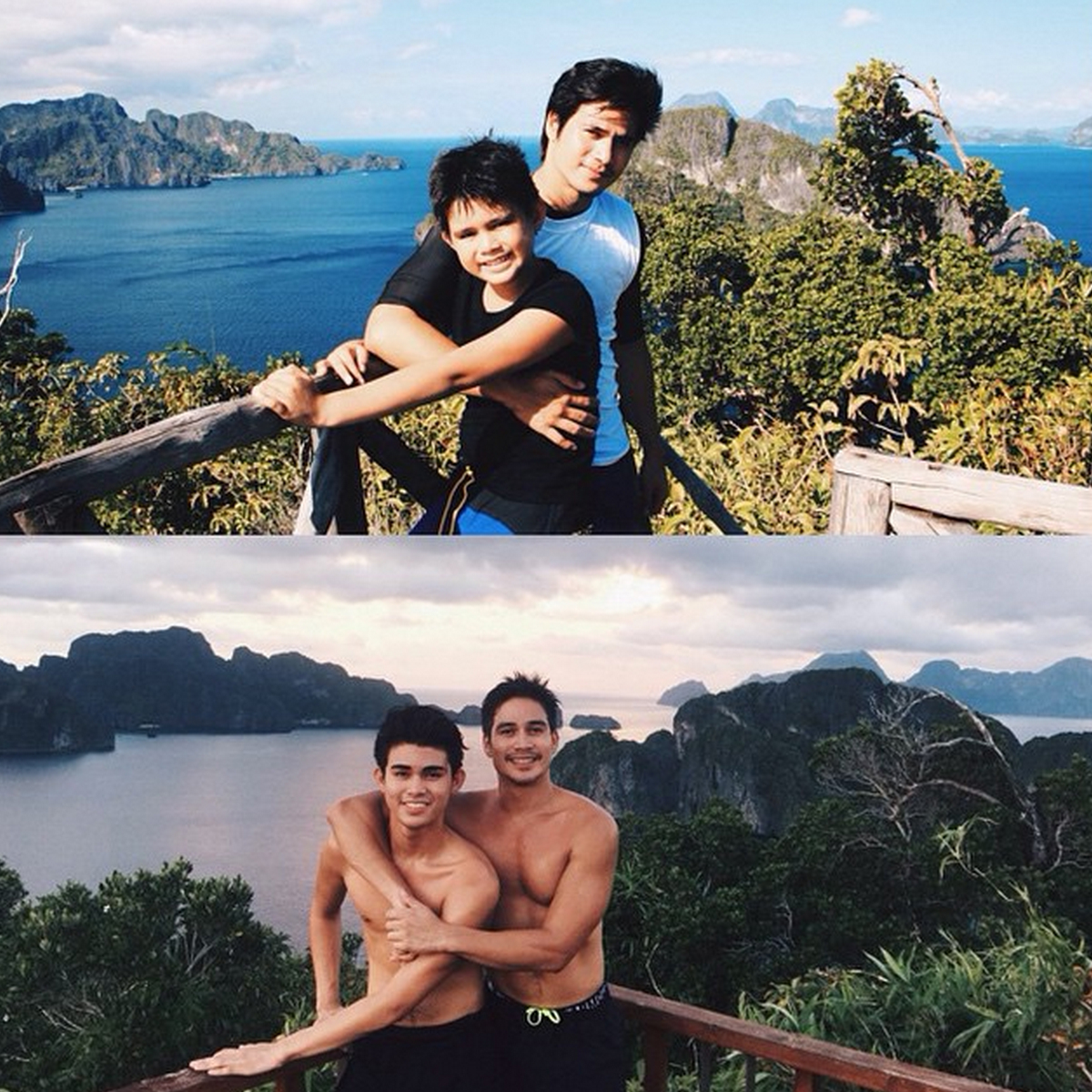 Piolo allegedly swings for the same team, if you get my drift, but whether the rumours are true or not you can’t deny the fact that he’s pretty damn hot! *fans self* 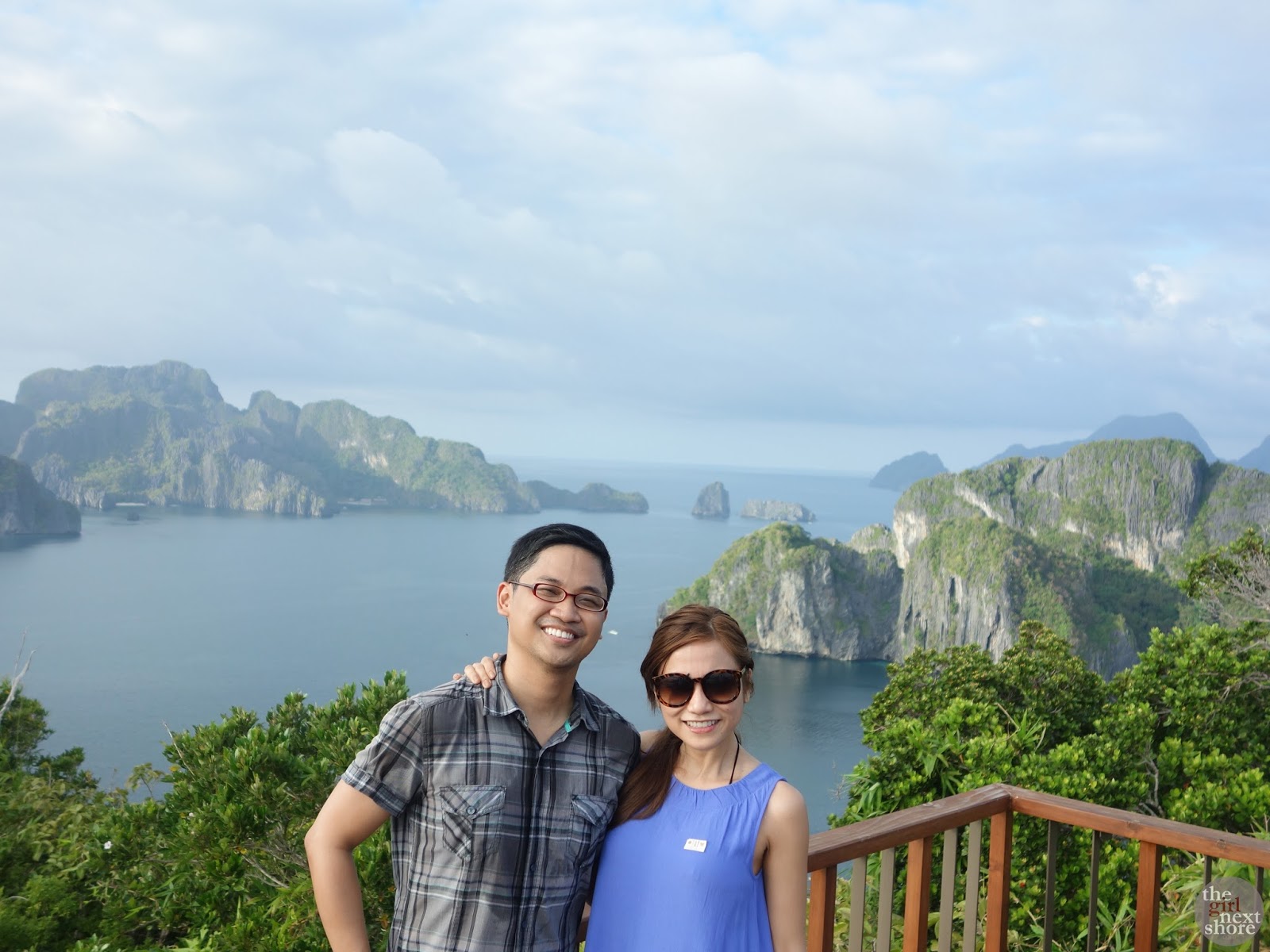 But sorry, Piolo. You’ve had your chance. Lol. 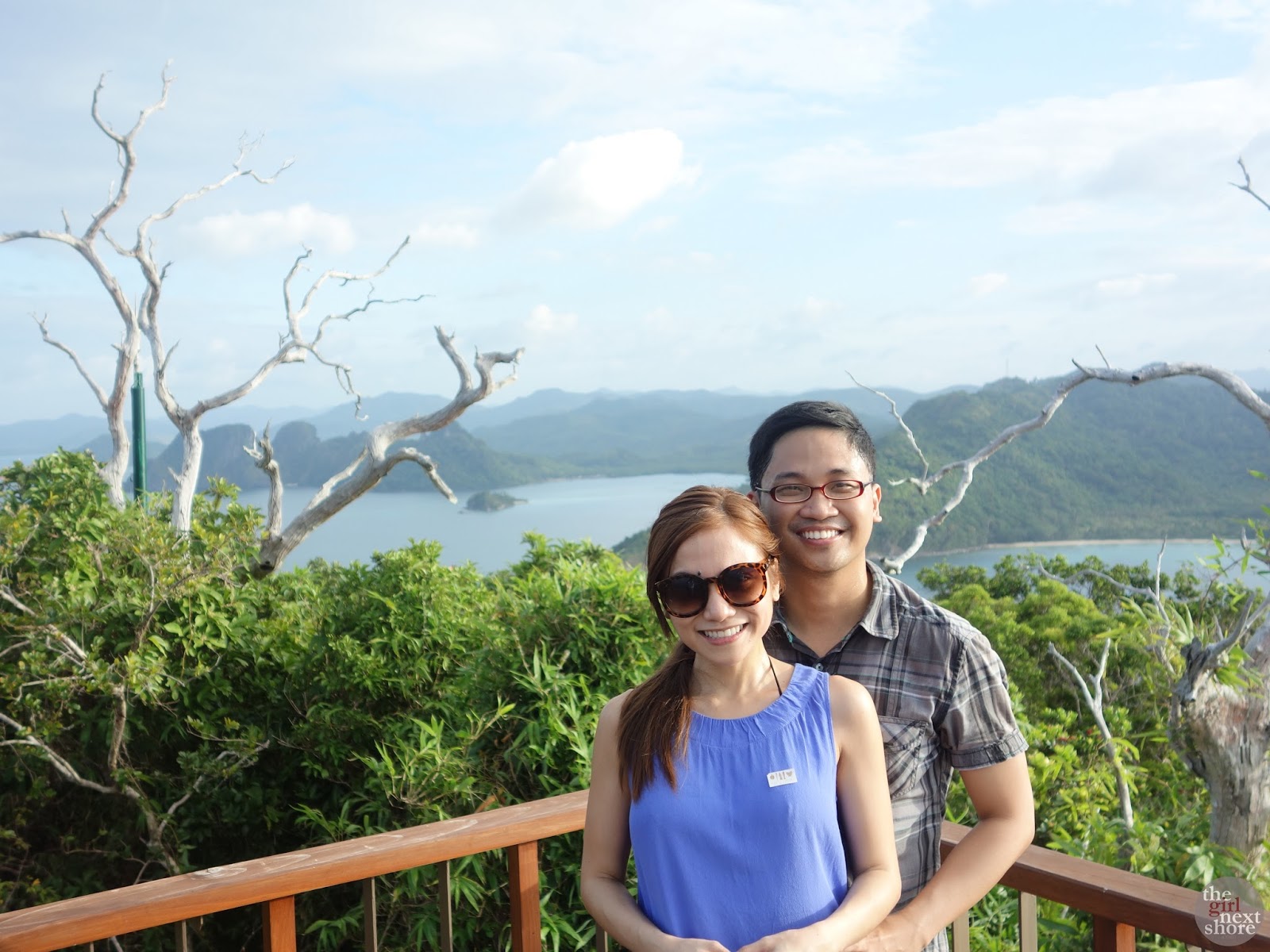 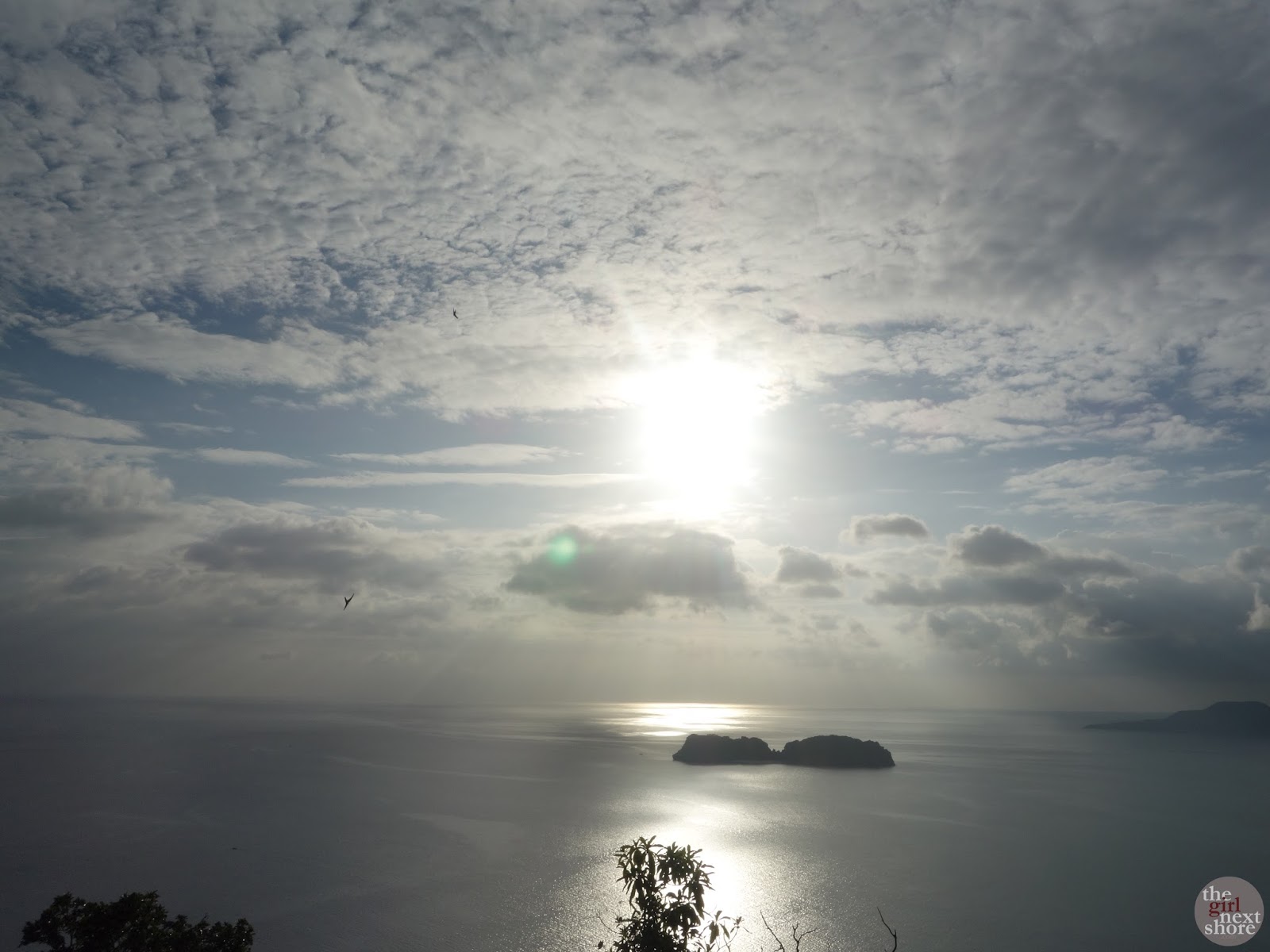 The sun was just about to go down when we decided to head back for some food. 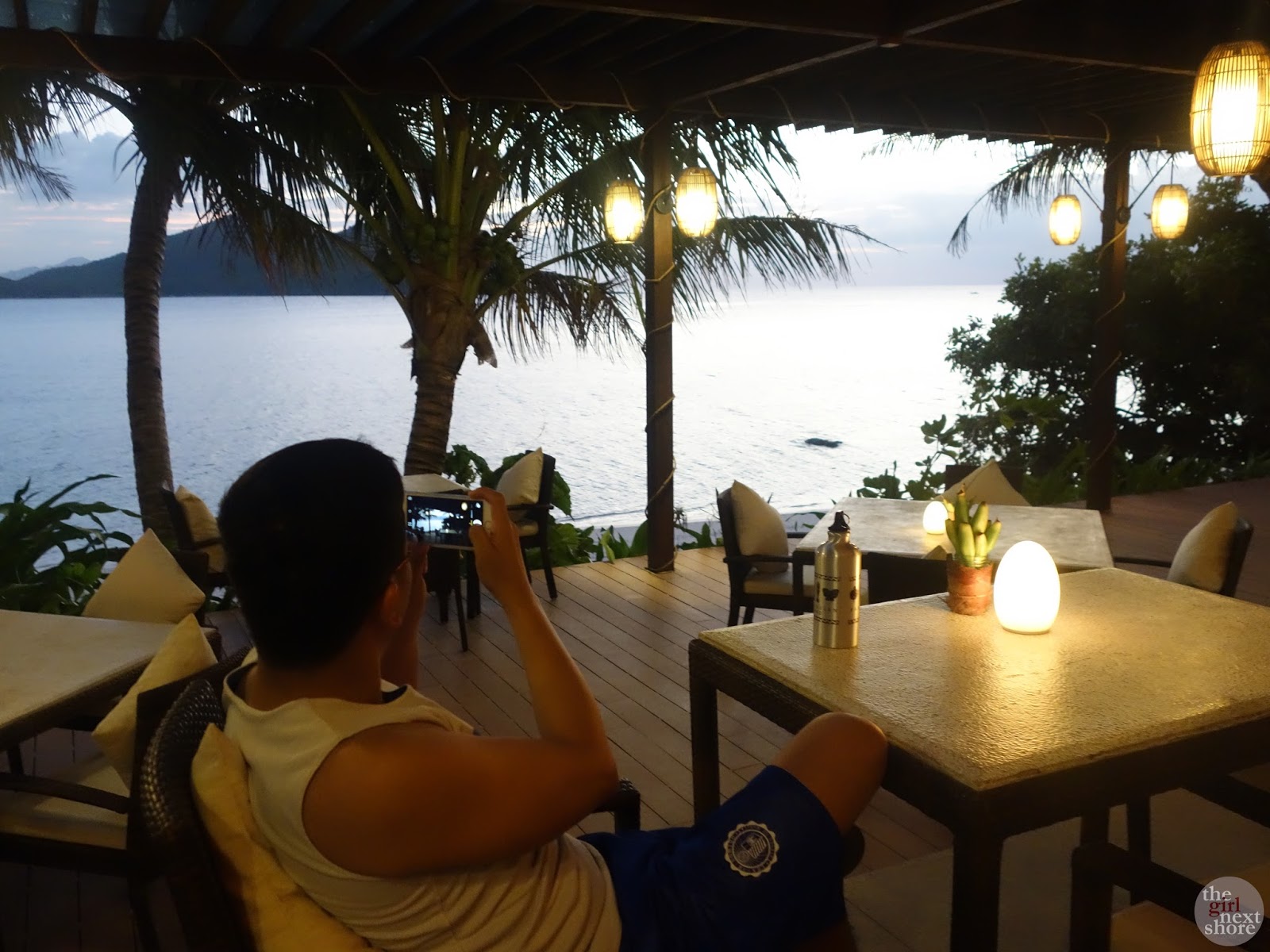 We went back to the Poolside Bar where we had great views of the sunset as we waited for dinner. 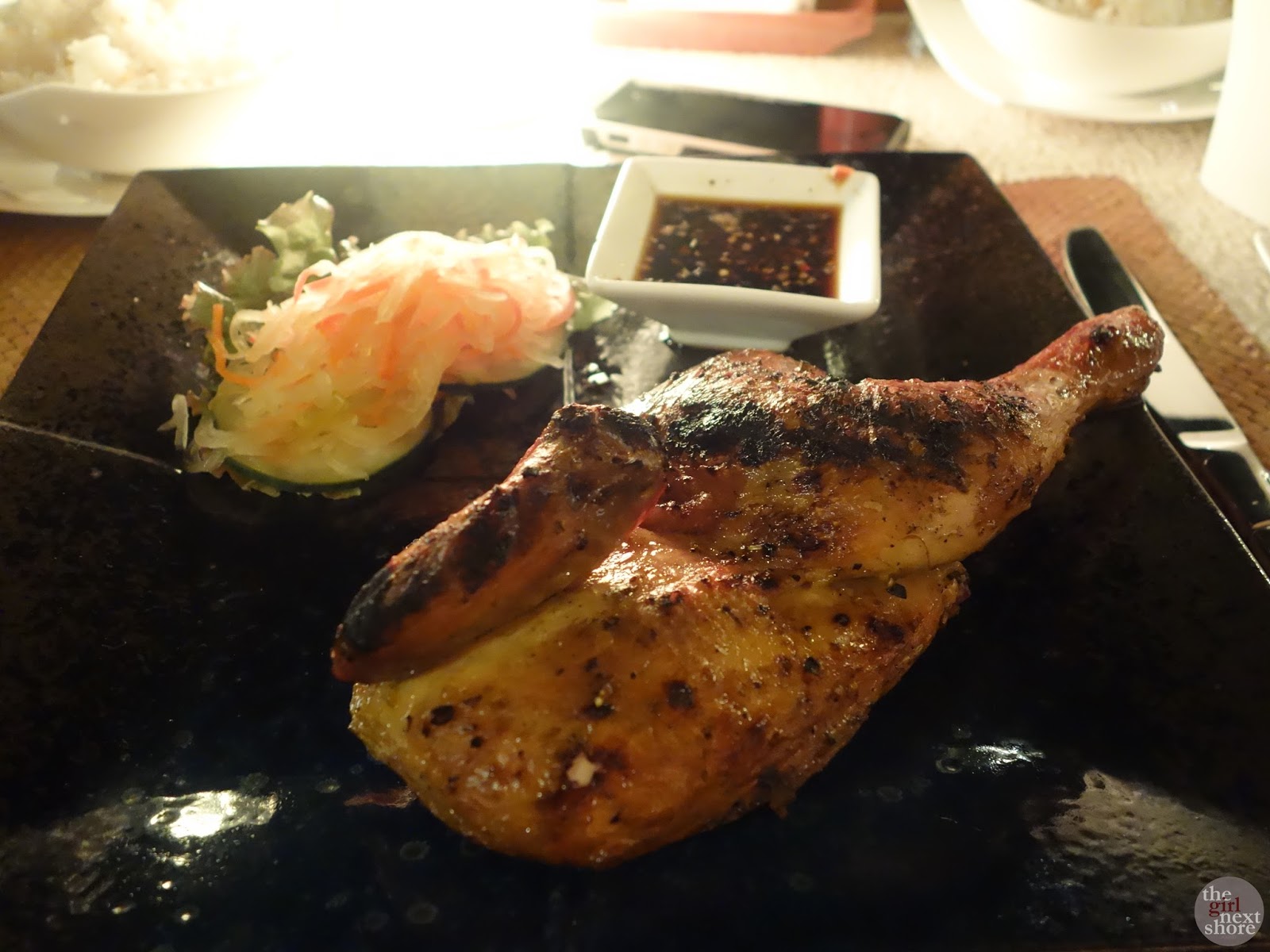 I had the chicken inasal (PHP560) a type of chargrilled chicken from the Visayas region marinated in vinegar, pepper and annato oil which gives it a distinct yellowish hue. My half chicken came with garlic rice (FYI, extra garlic rice here costs PHP200) and achara (pickled green papaya relish). It was juicy and delicious, and satisfied a craving I’ve had for eons. 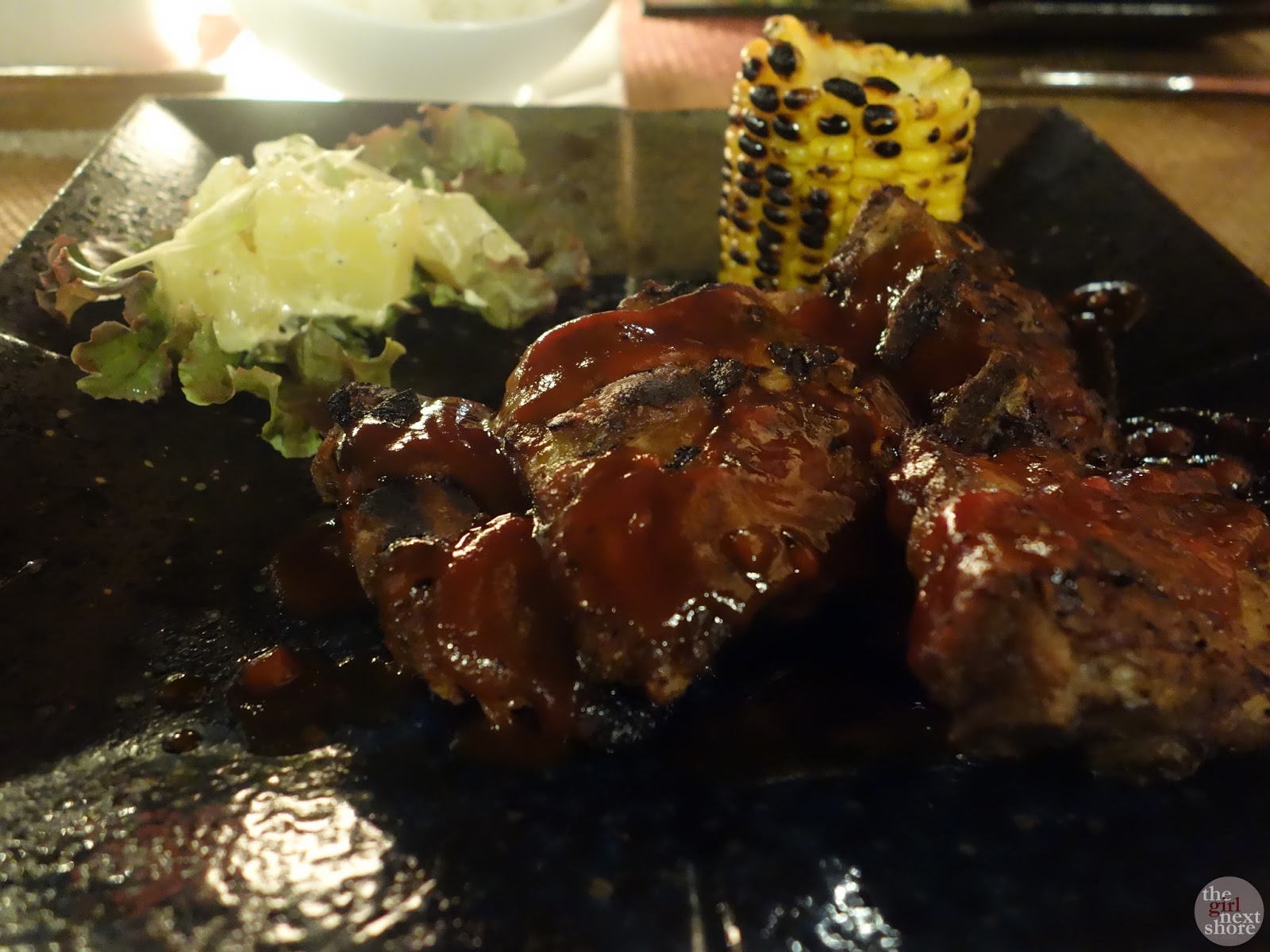 Plaid Boy’s pork barbecue ribs (PHP580) was juicy and massive. It came with half a grilled corn and a small serving of potato salad. I liked it enough and traded my chicken leg for a bit.

After dinner, we retreated to our beach villa and found some native delicacies left for us as a treat. It was a pretty chilled first night in the island and for the first time in a long time, after all the wedding preps, we both slept soundly for hours.

Exactly what we needed.