My relationship with Plaid Boy was never the best-foot-forward type (I thought he was a cheater, he thought I was less than puritanical) because we started as really good friends. Perhaps the lack of physical proximity (him in NYC, me in LDN) made us more brazen and comfortable enough to share deep facts, dark secrets (ie fugly selfies of yesteryear), and random profanities of the day.
When we decided to explore the possibility of something deeper, we played a bit to impress and grand gestures, from overseas deliveries to surprise gifts and visits were thrown here and there. Once, he Christian Grey-ed the bajeezus by flying into the big smoke for 24 hours so he can take care of me after a dental surgery (except my wisdom tooth extraction happened a week later). Though these counted for impressive points, it was ultimately the idea of being able to trust completely and to love someone unconditionally that sealed the deal.
Somehow, my love affair with Tomi Sushi in Singapore reminds me of ours. It’s a little gem you can find in a relatively unimpressive mall. It’s not particularly a place you take someone you want to impress. but someone who can be impressed in the simplicity of goodness. Punters are usually groups of friends, families and old married couples. When Plaid Boy took me the first time (when we were still dating) I joked about how the place lacked a bit of ambience. He let the food do the talking and immediately, I knew he loved me.
Safe? Yes. Decent? Actually. Comfortable? Very. 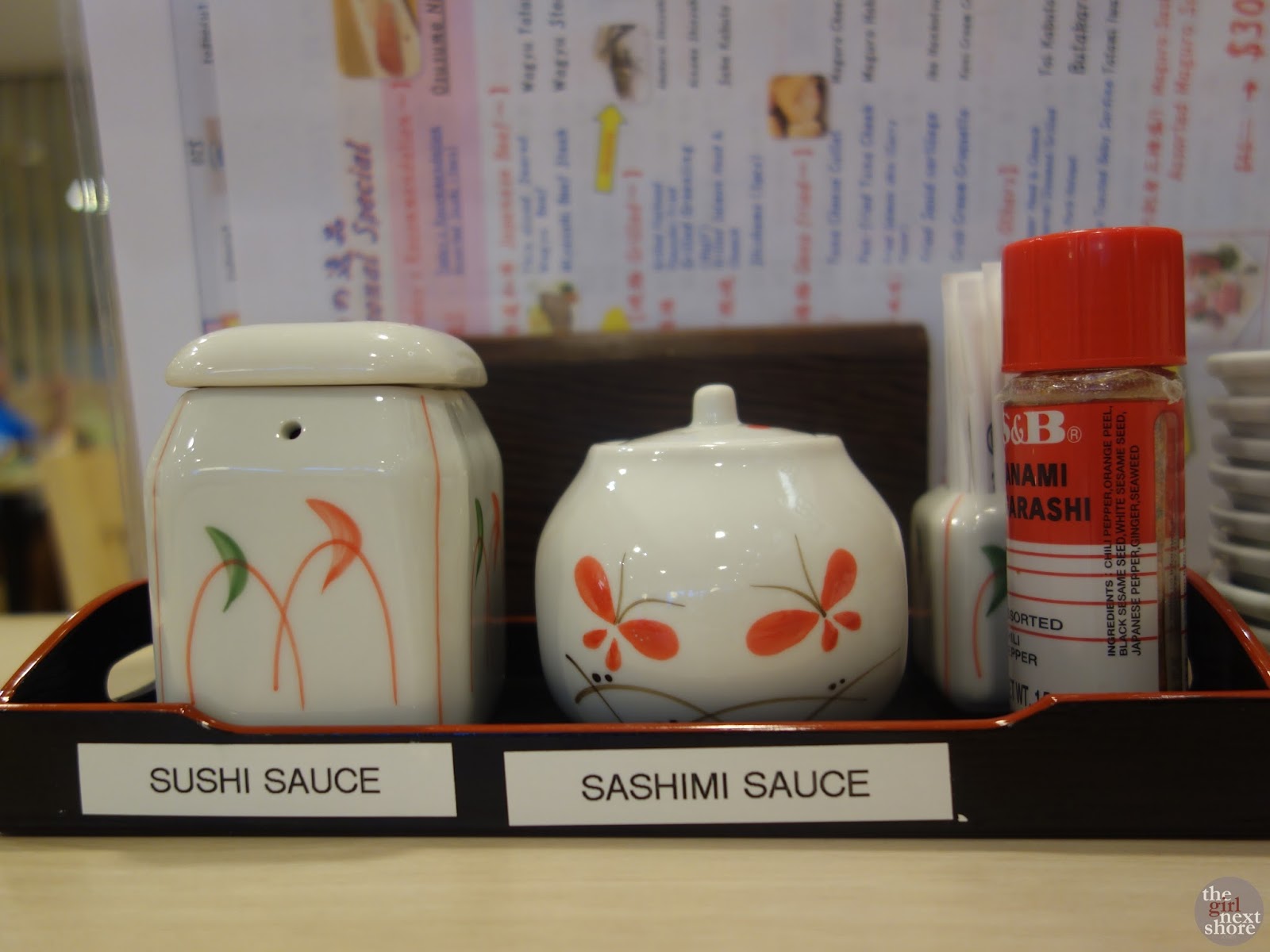 On the last night of my most recent Singapore trip, I asked if we could have dinner there. 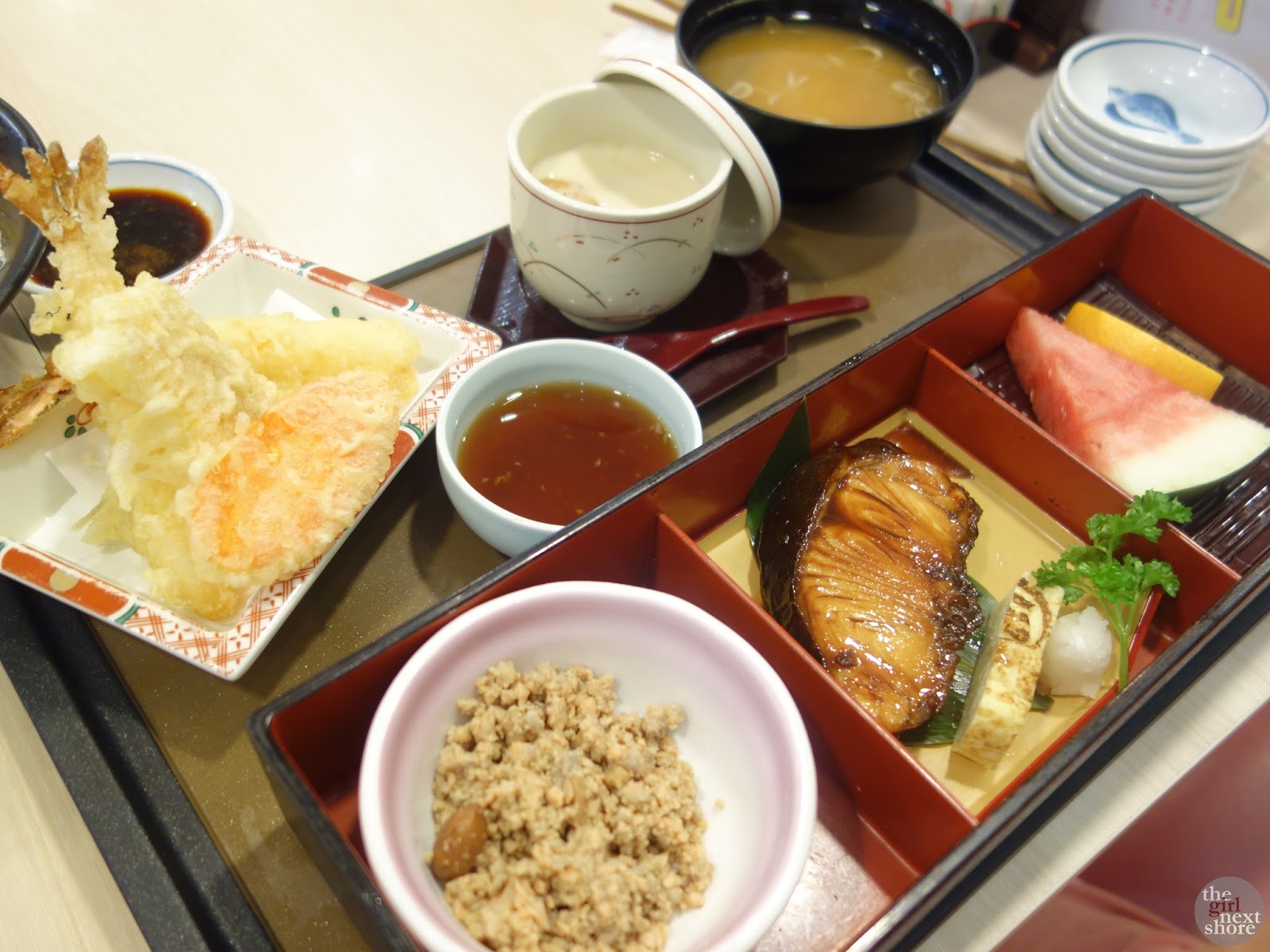 Plaid Boy had the sushi gozen set. The set includes an assortment of tempura, a hefty fillet of gindara, and the usual bento box staples: a pot of chawanmushi, a bowl of miso soup, a bowl of meat soboro, and some watermelon slices for afters. 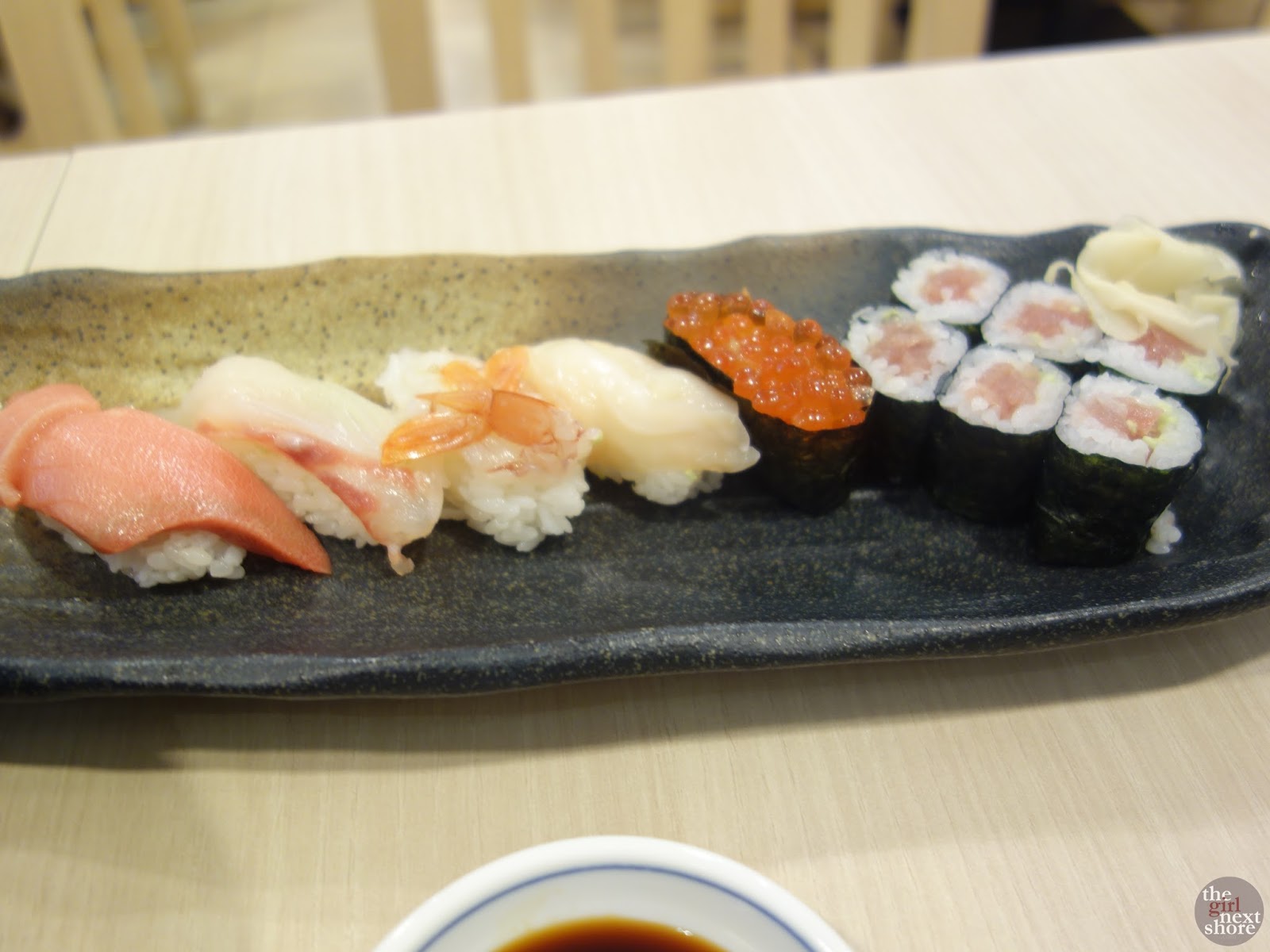 There’s an assortment of sushi: six pieces of maguro maki, a tobiko gunkan and four pieces of nigiri (you’re guaranteed to have a maguro chutoro piece). 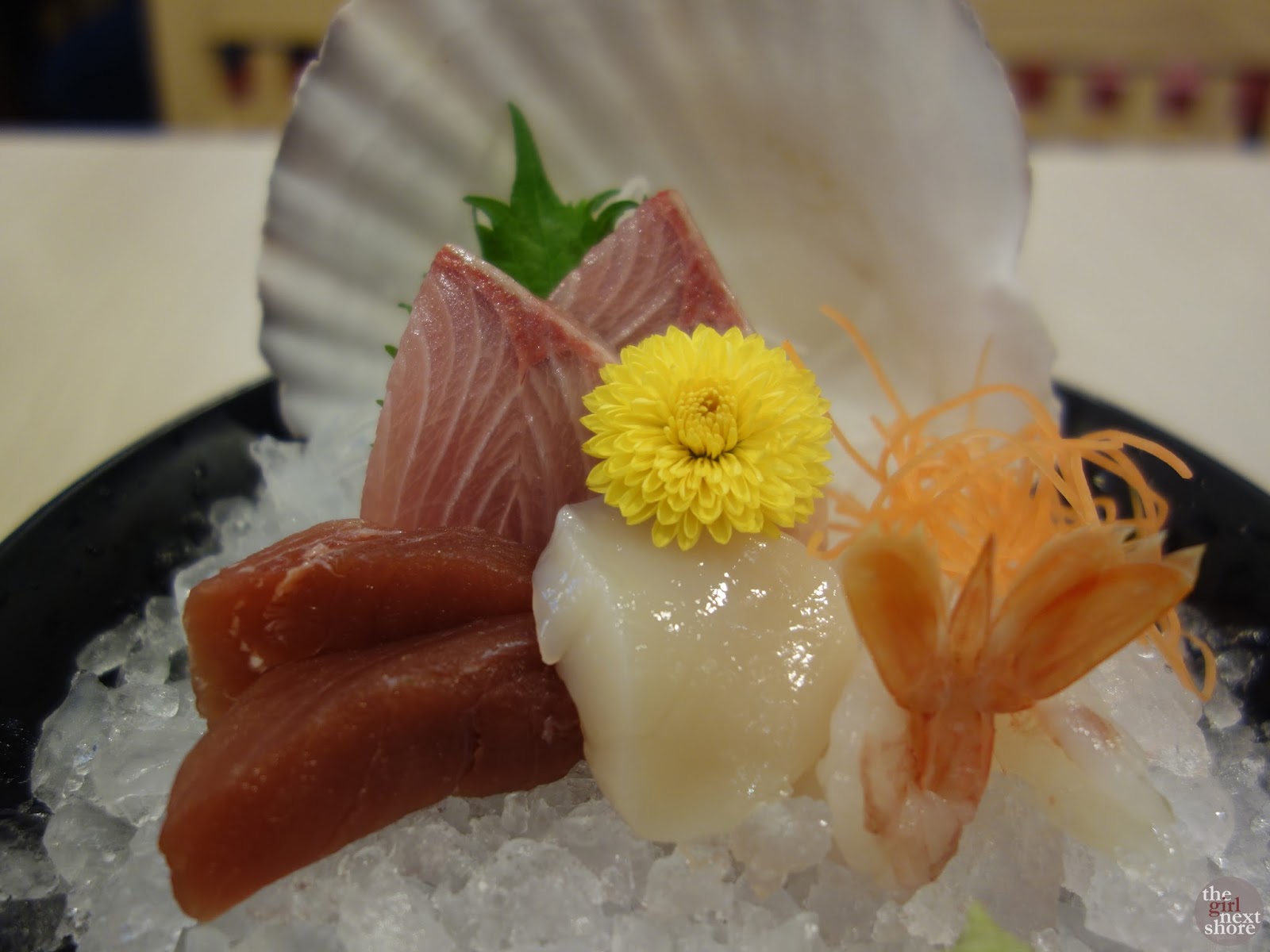 As if that’s not enough, the set also includes an assortment of sashimi.. You get tuna, amberjack, scallop and amaebi.

All of that for just SG$54 or roughly £24. Tell me that’s not a good deal and I shall stop right now. 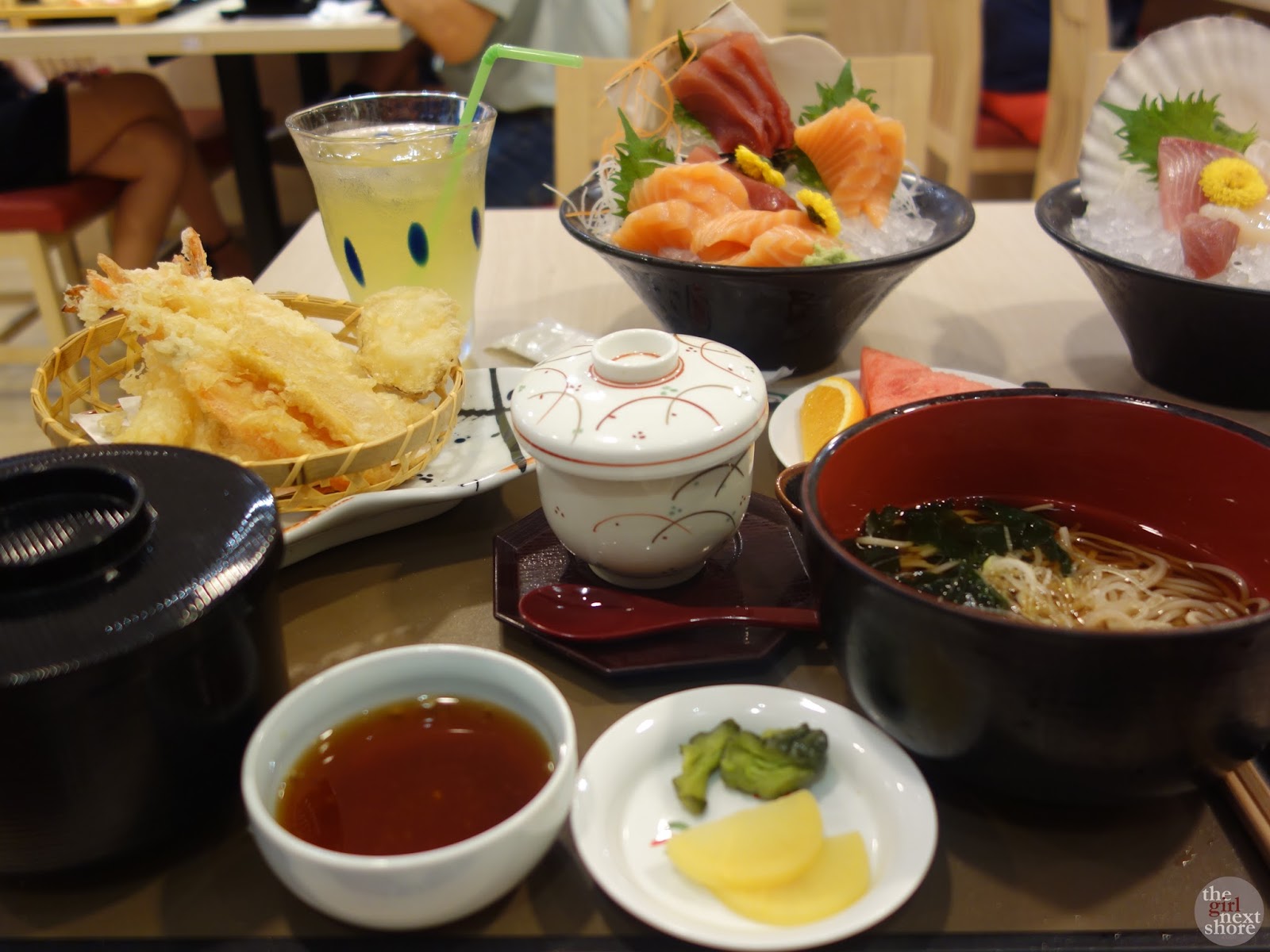 I decided to order some sashimi a la carte and the tempura set: bowl of rice, pot of chawanmushi, watermelon slices and a miso soup which you can upgrade to soba noodles for an extra SG$3. Bargain! 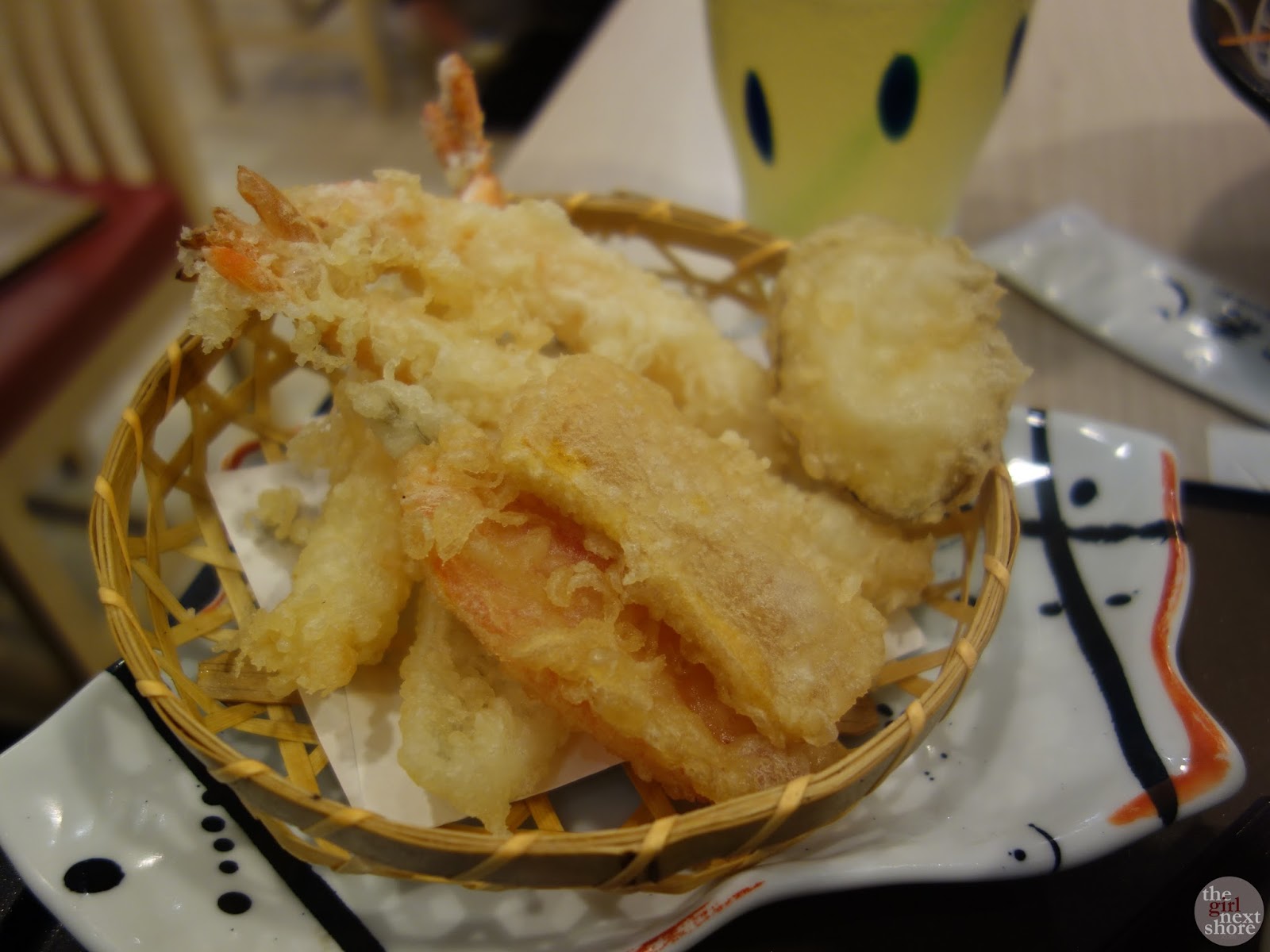 I’ve had better tempura, but for SG$28 per set, Tomi Sushi gives you a decent selection enough to satisfy a craving. 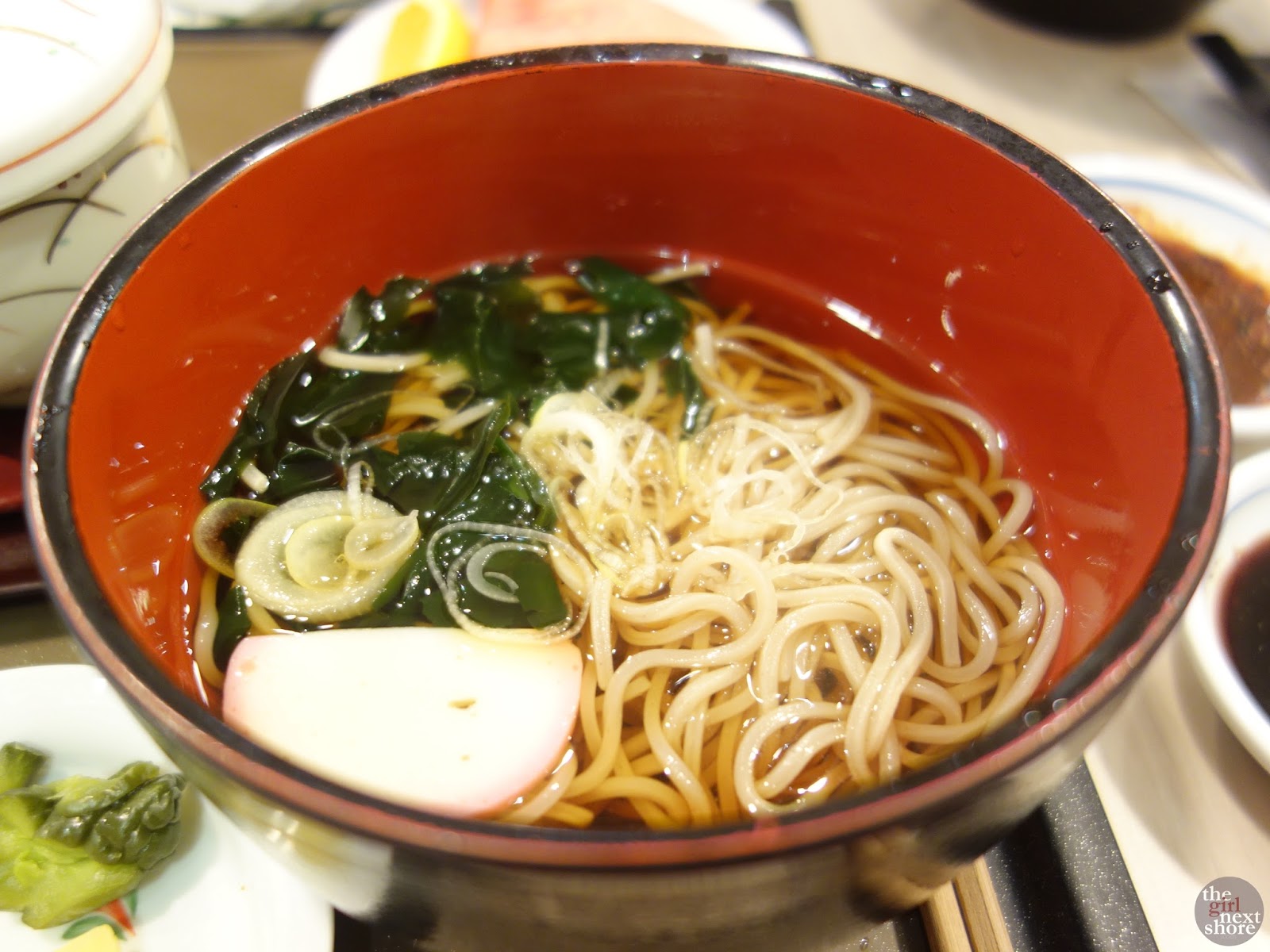 The soba is pretty tight, too. Noodles are firm and the broth is well delicious. It’s hearty filling and comforting. 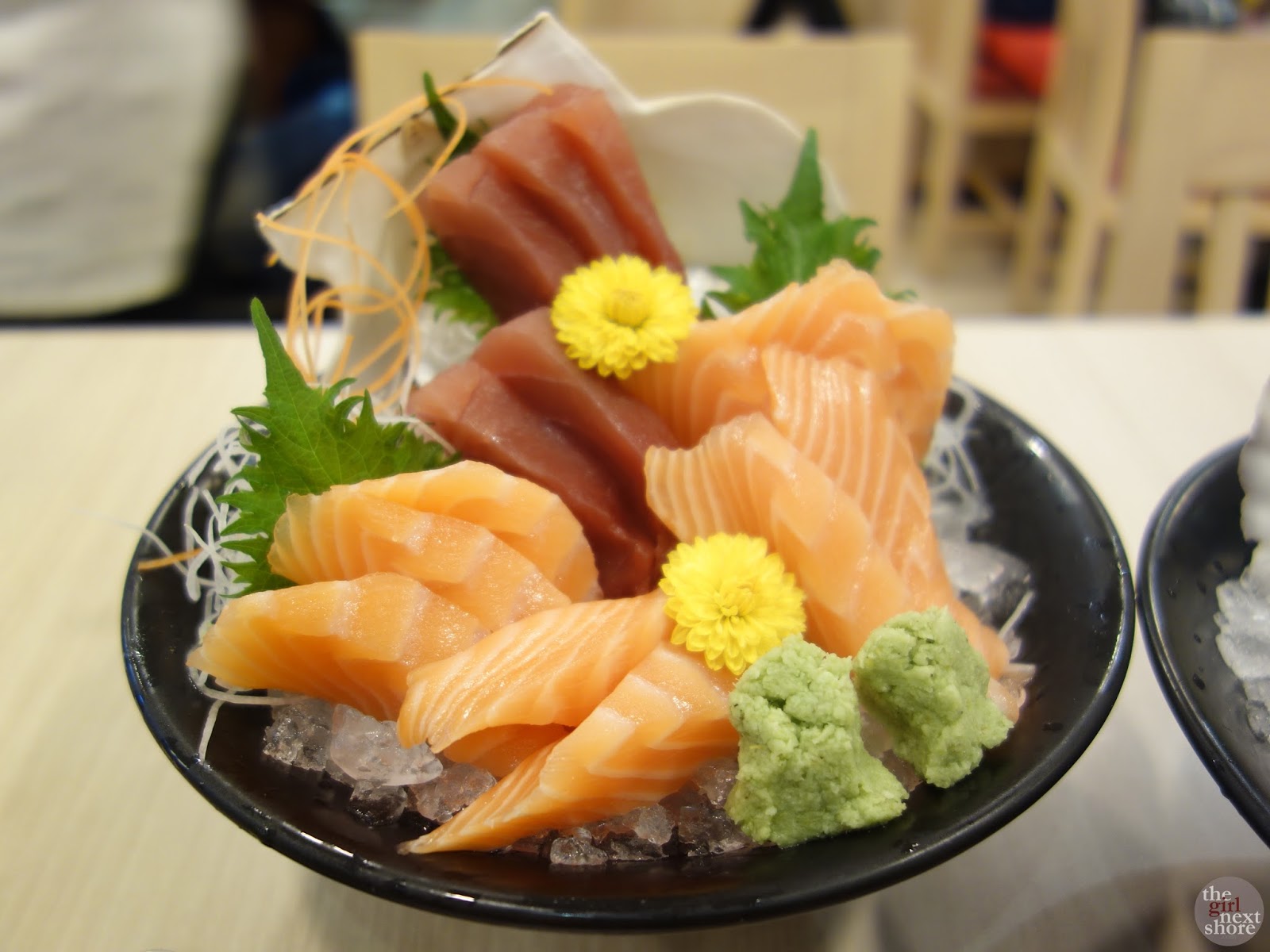 We ordered extra sashimi a la carte. I’m a fan of Tomi’s salmon sashimi (SG$12 for five) because their cuts always have a good balance between fatty and lean salmon. The tuna akami comes at SG$16 for five pieces and the quality is decent, too.We had a lot to eat that night and whilst other punters looked at our table overflowing with food I looked at my husband, my heart overflowing with love.

Tomi Sushi might just surprise you. It isn’t the best sushi restaurant in Singapore, but it’s a good and safe bet for decent food. It’s reliable to satisfy and you’re guaranteed to leave feeling like you’ve had so much value for money and a fullness that gets you to a well content state.

In the end, don’t we all want to be safe and content?

Tomi Sushi
238 Thomson Road, #02-76/77, Velocity, Novena Square, 307683
You can follow new posts on The Girl Next Shore via Twitter and Instagram or by subscribing on Bloglovin. Have fun!