MASH Steakhouse has an old school masculine vibe which I like; the place is set a couple of floors underground and it almost feels like an exclusive speakeasy until you see the wall of butchered meat behind the bar. On a Tuesday night, the clientèle was dominated by suits and my inner psycho was thriving in a sea of Gordon Geckos or Patrick Batemans. An exciting start. 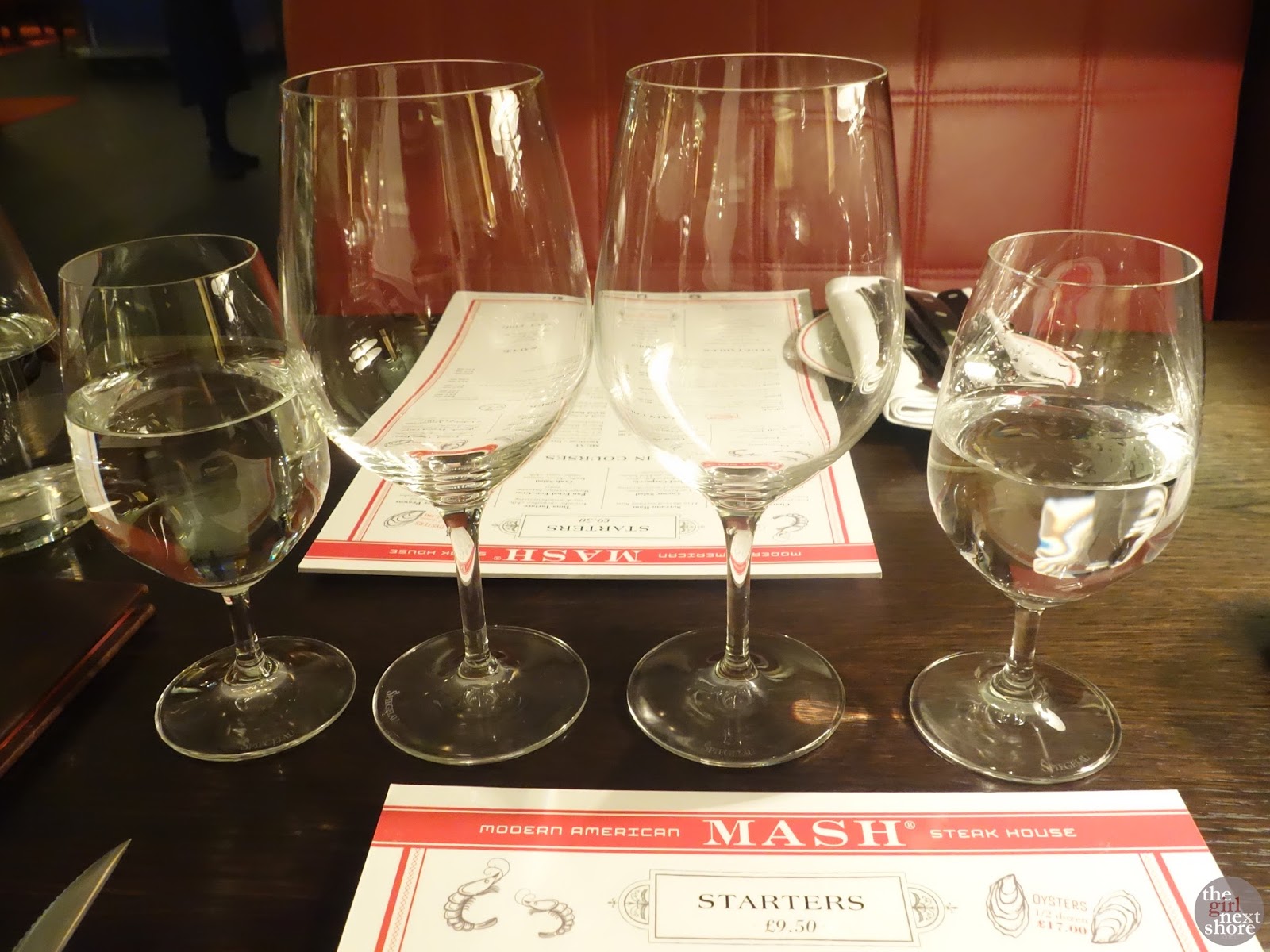 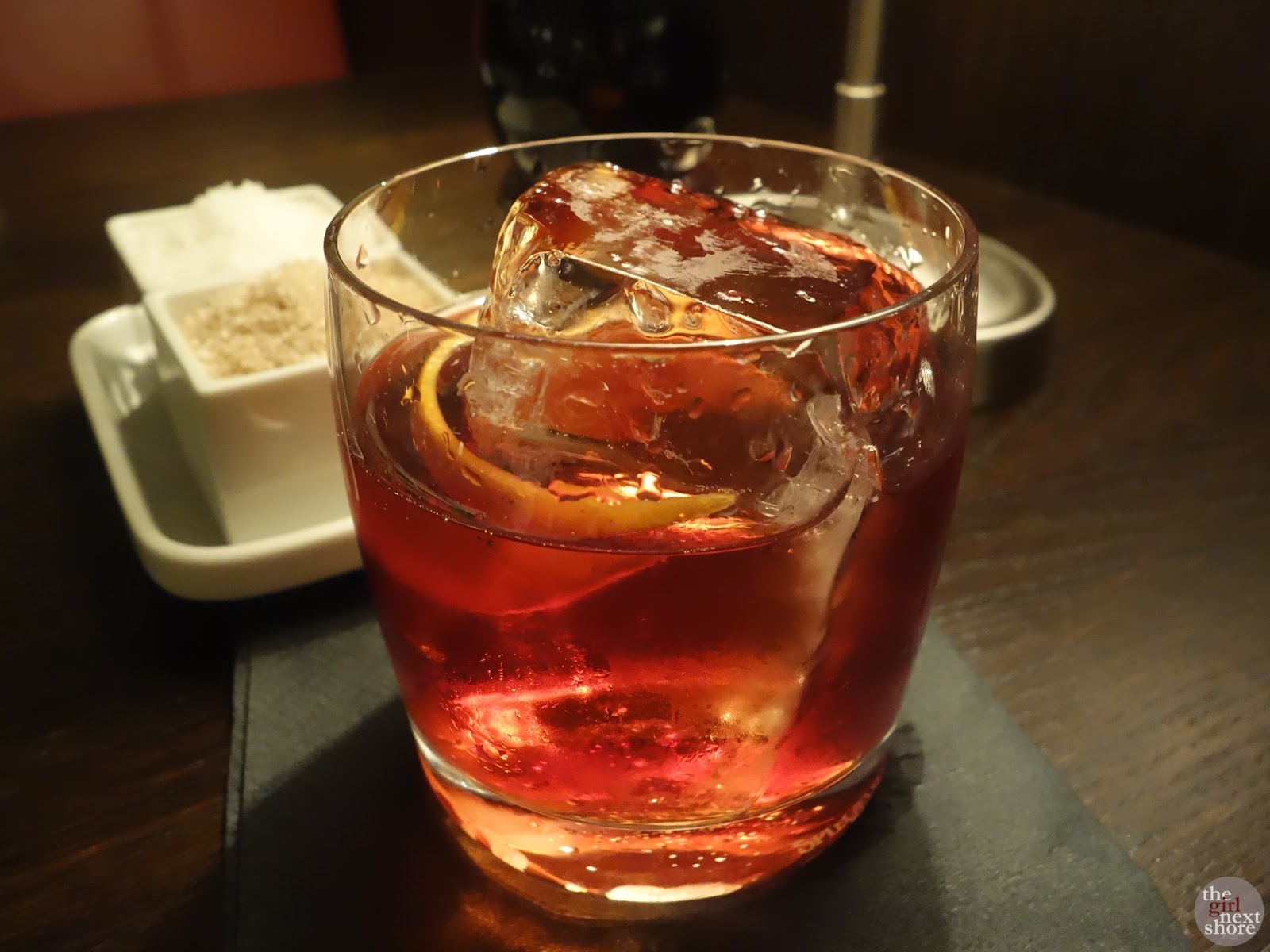 …but ended up nursing an aperitif instead. Nothing like a good negroni (£9.50) to push the old school vibe further. 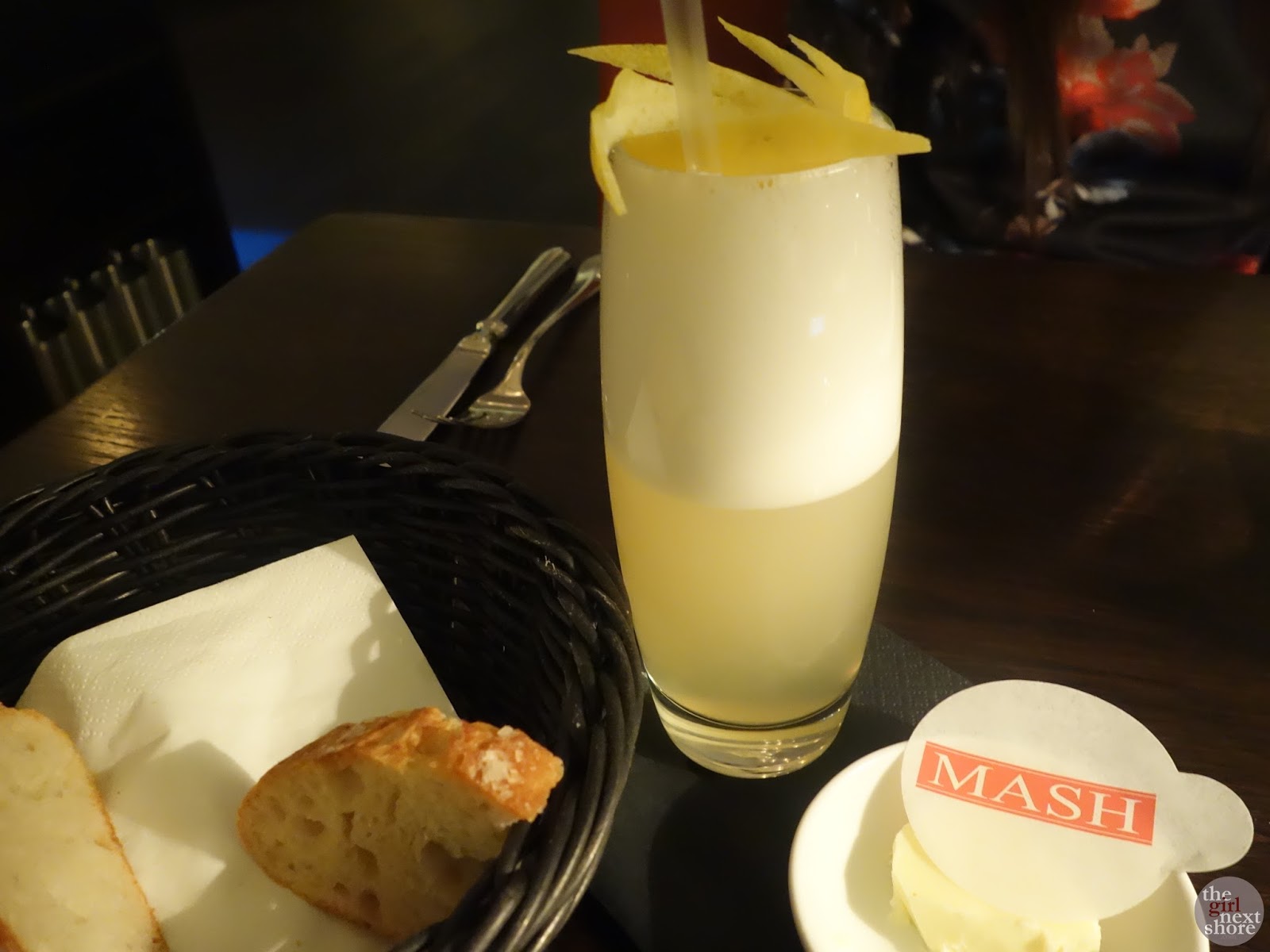 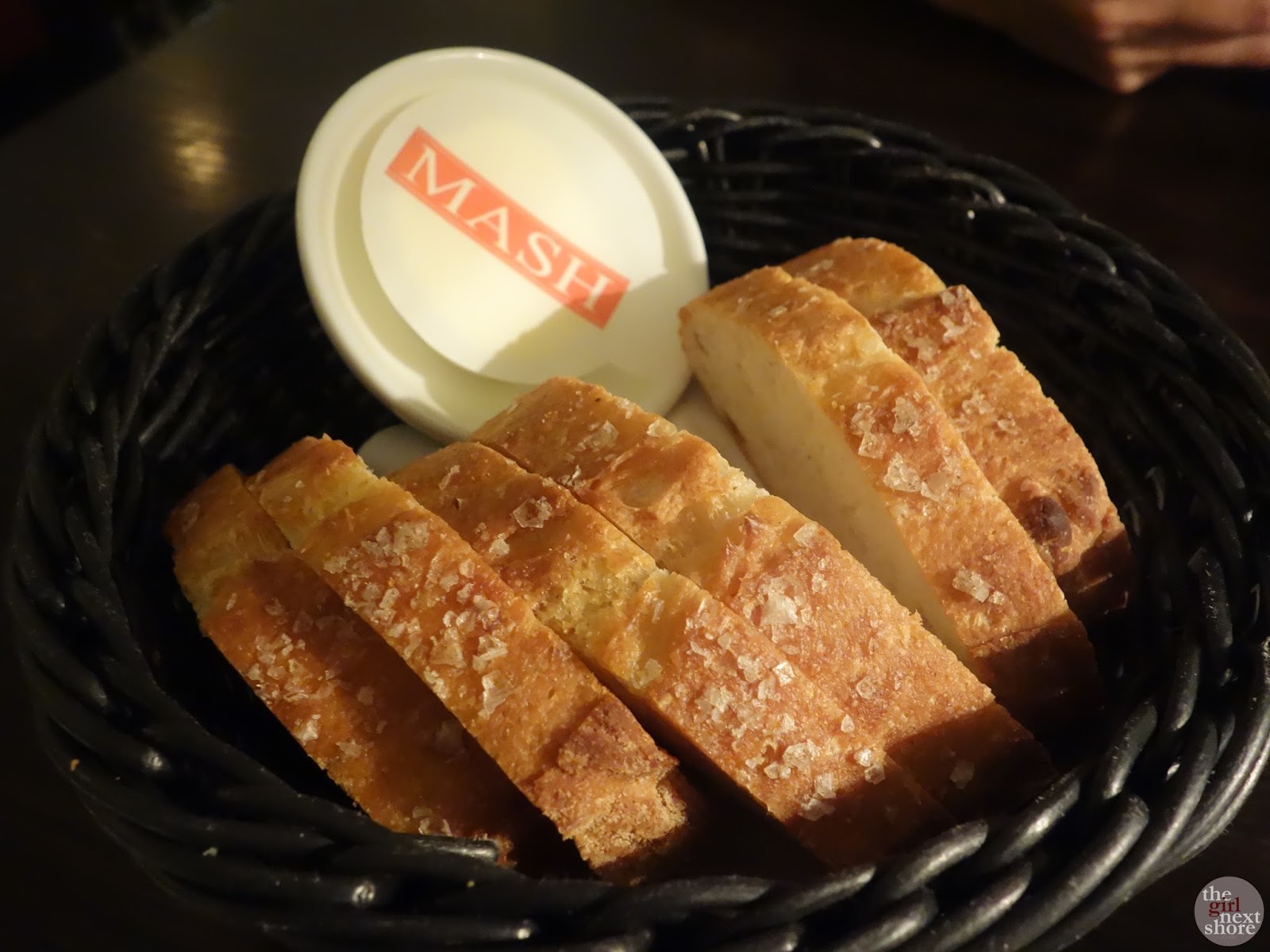 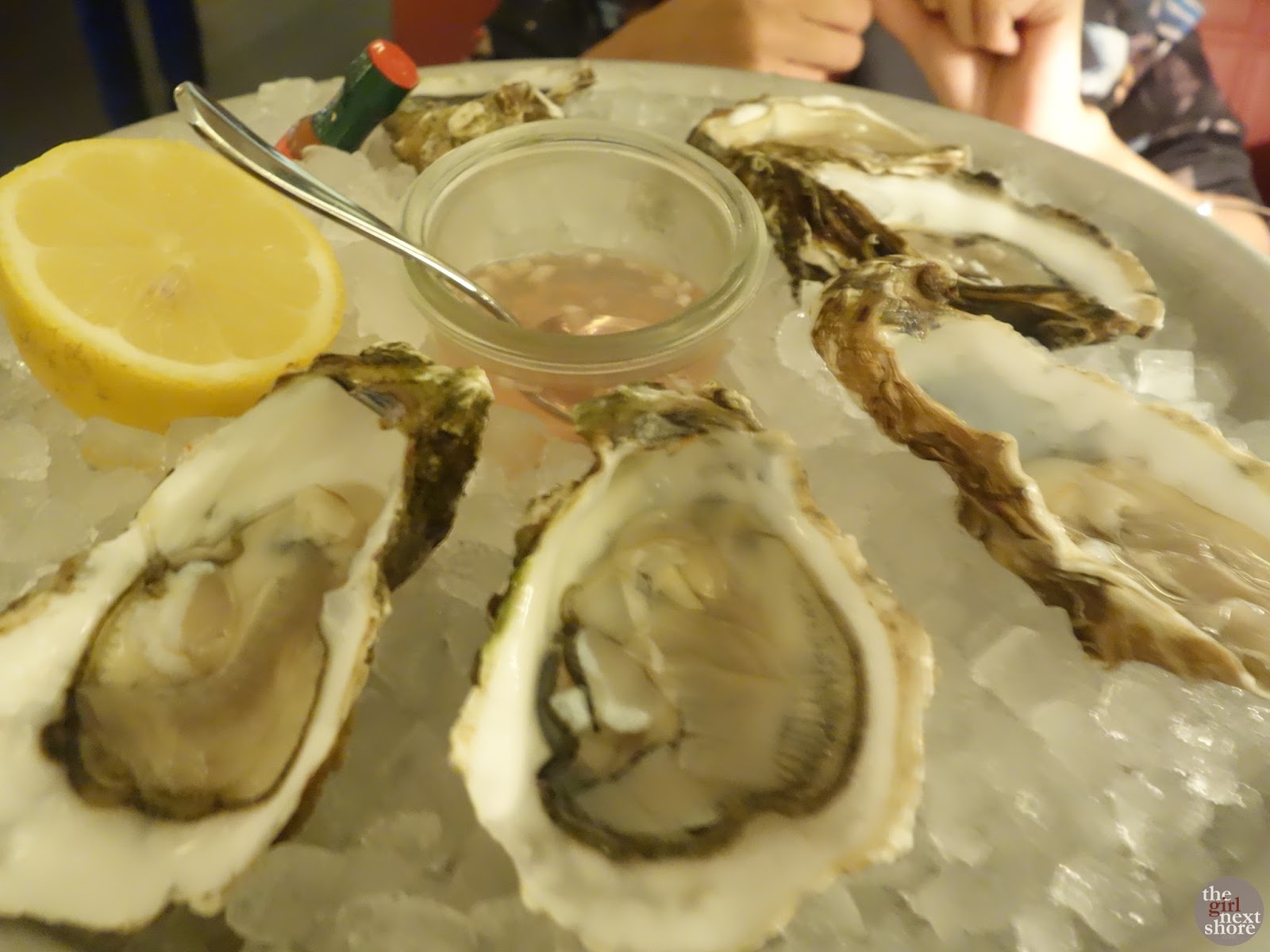 For starters, I had half a dozen oysters (£17). I like my oysters fat and creamy and unfortunately, the ones at MASH were rather tiny and lacking in that “sea snot” flavour. 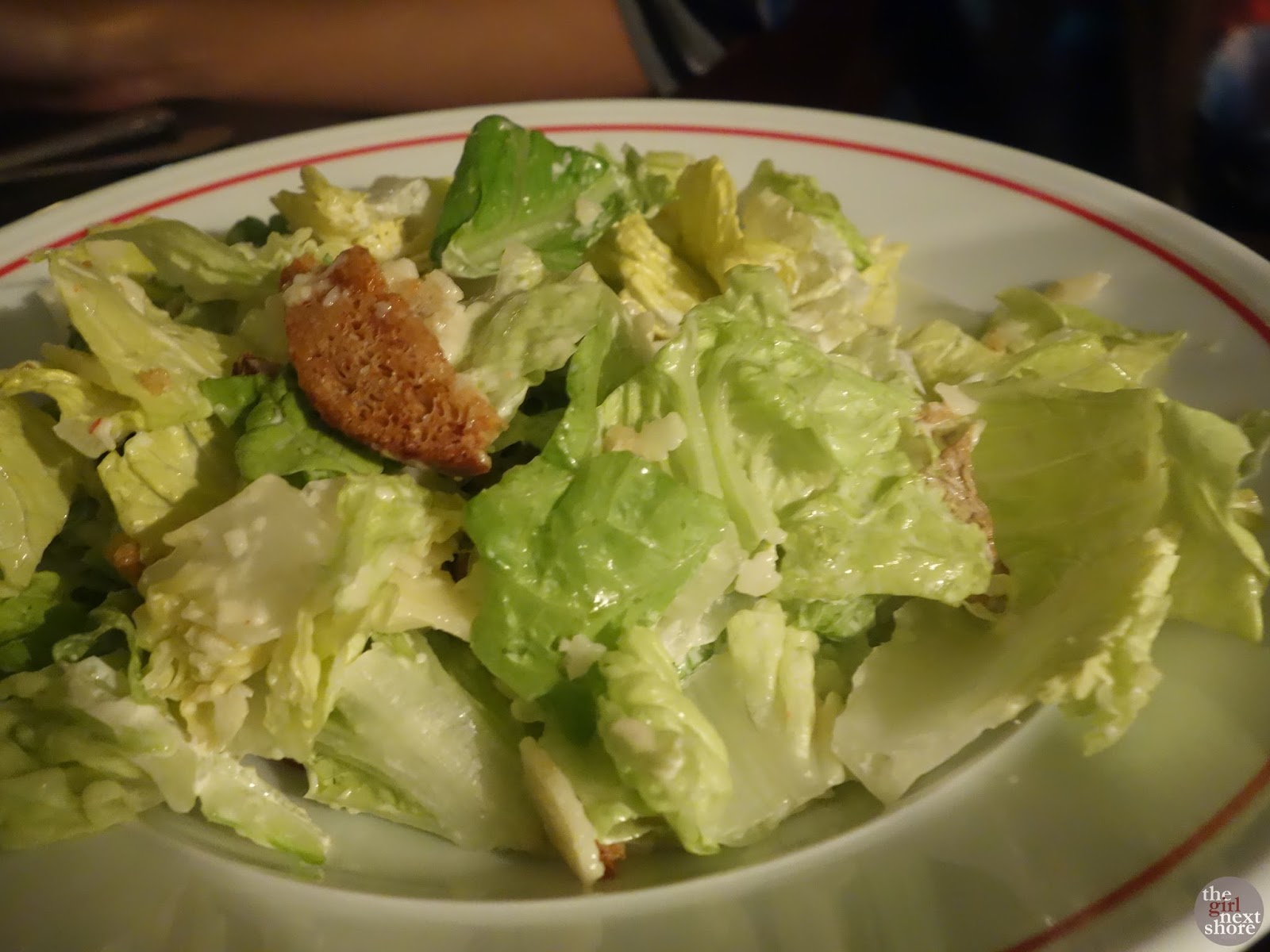 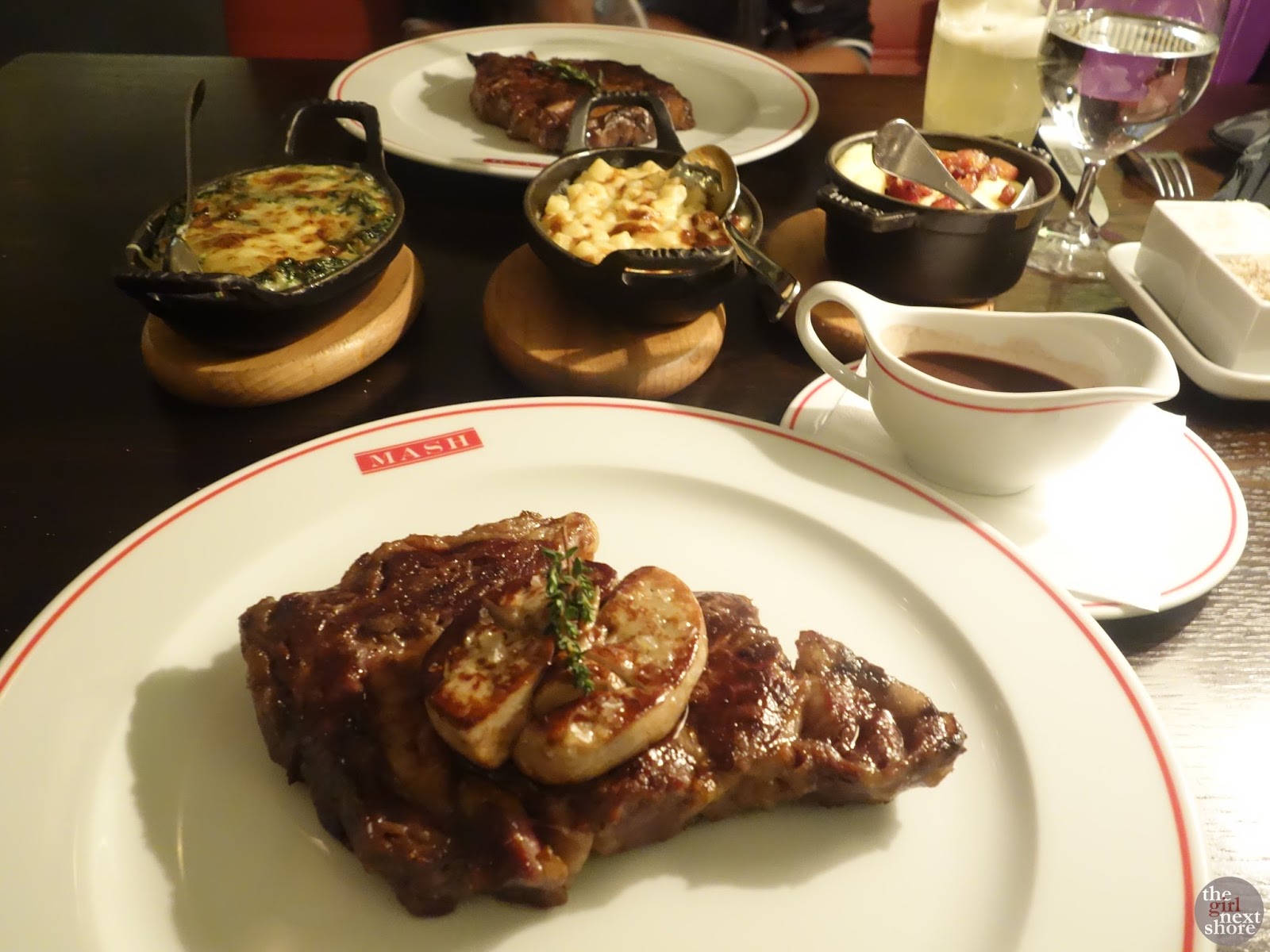 As our starters were a bit underwhelming, we decided to go all out on our mains and sides. 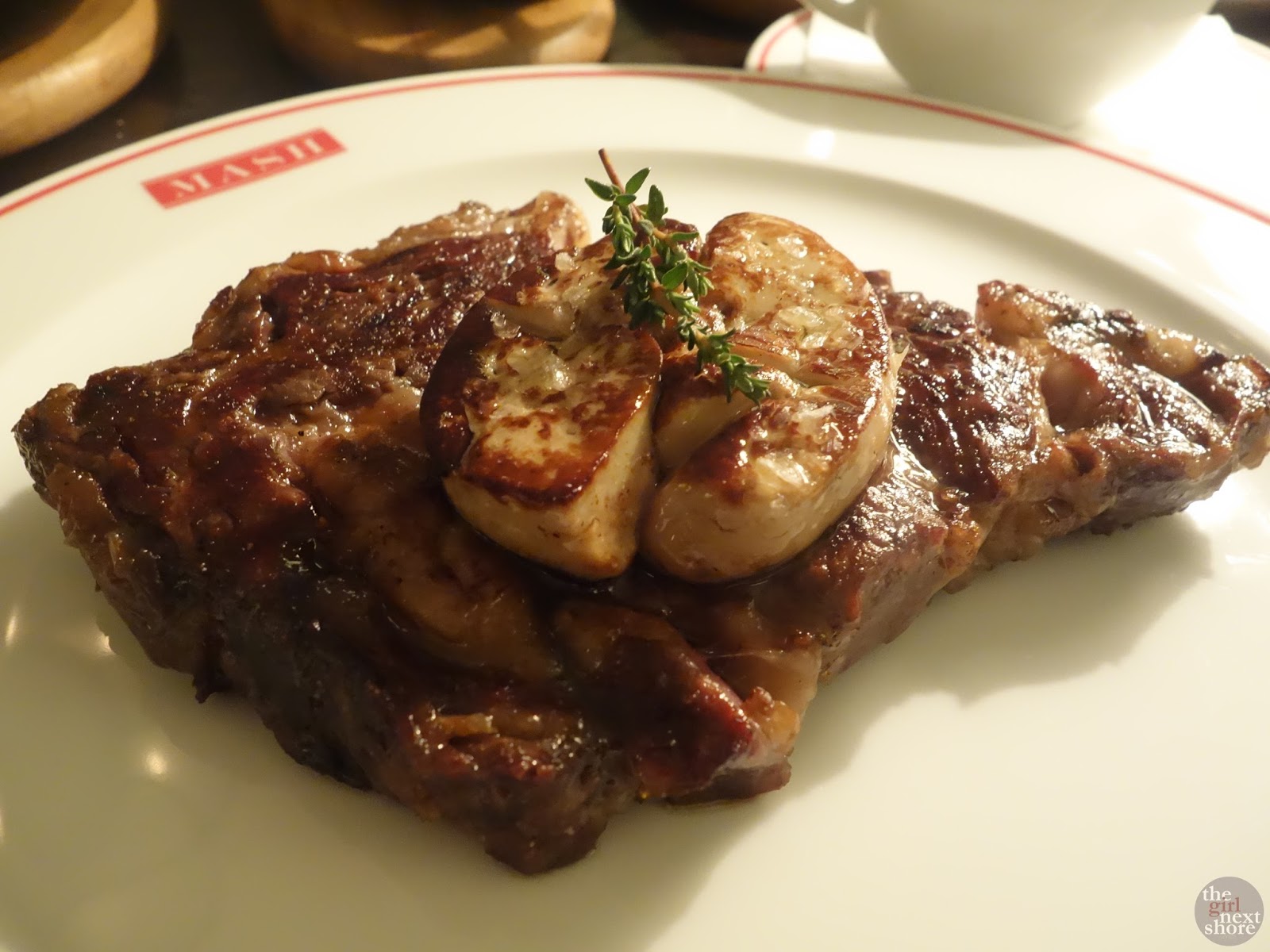 We both got the 300g Danish ribeye (£35) with a cheeky slice of foie gras for me (£6). The beef is dry-aged for 90 days which makes it more tender and more flavourful. 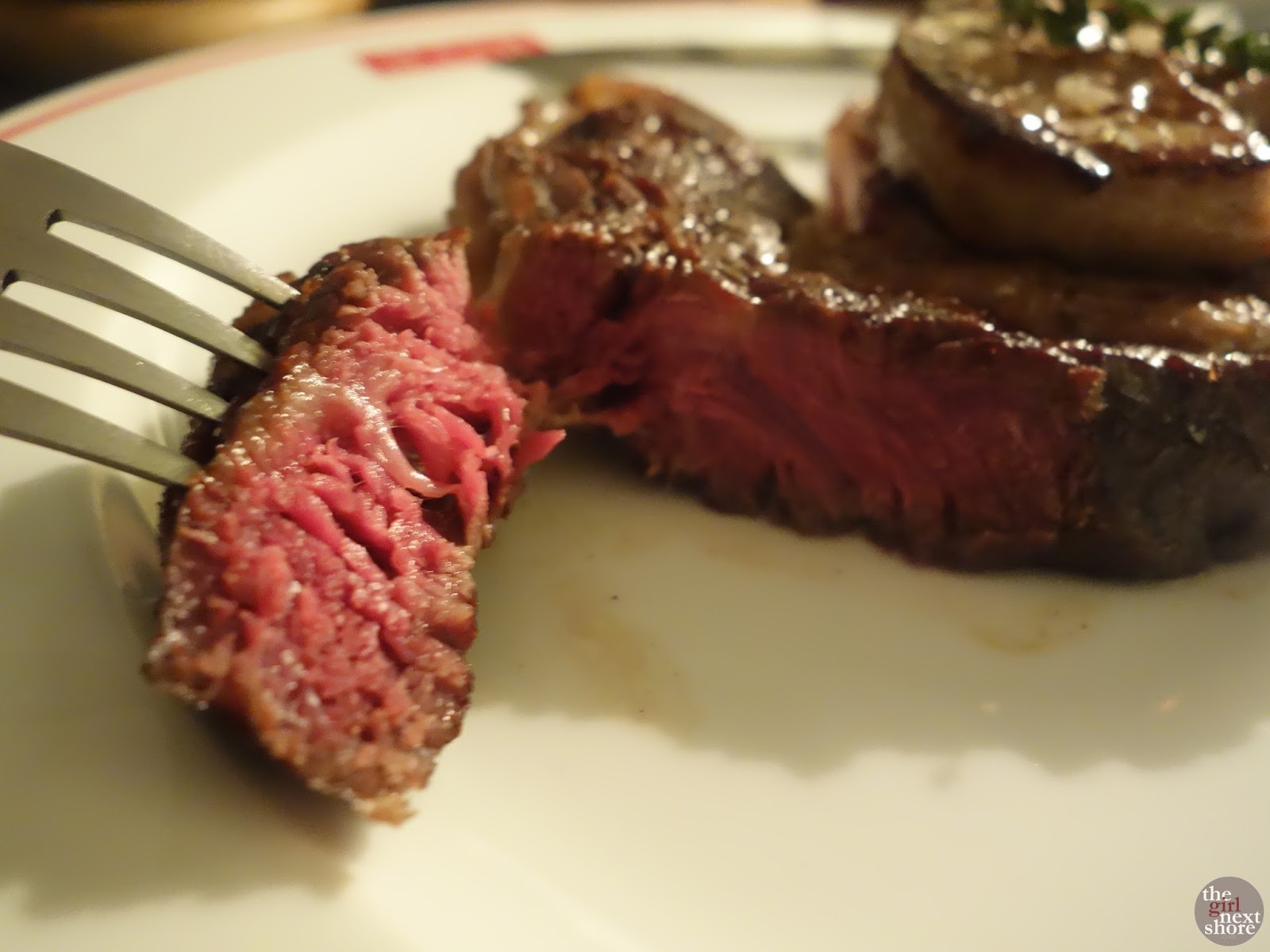 My cut was quite fatty, but cooked rather nicely for a medium rare. I think the seasoning was rather decent, so the mood was rather lifted. 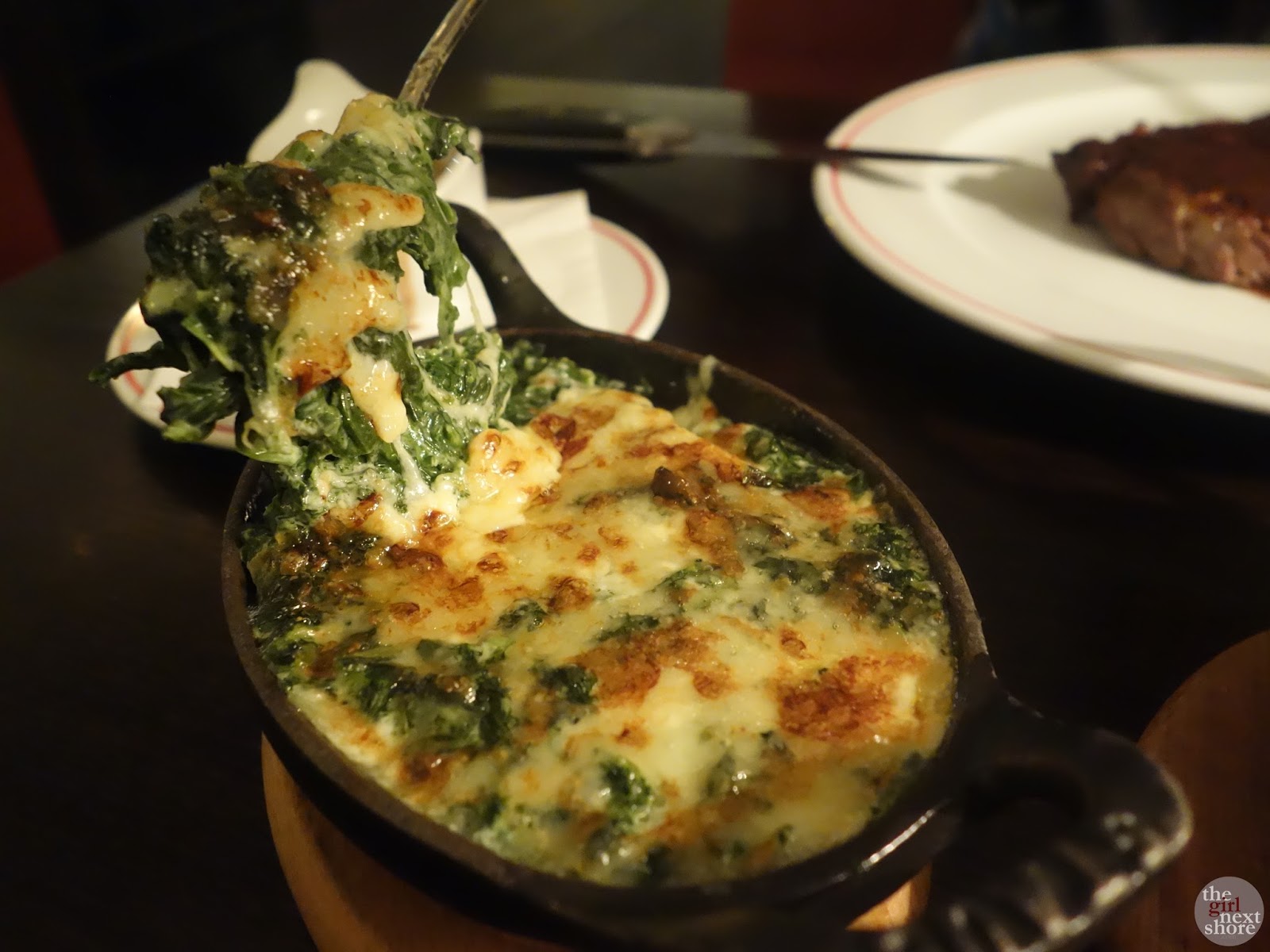 The creamy spinach (£4.50) was actually good. I appreciate that it’s served in a warm skillet which kept it creamy, gooey and warm, unlike in other steak houses where the leaves are extremely wilted and watery. 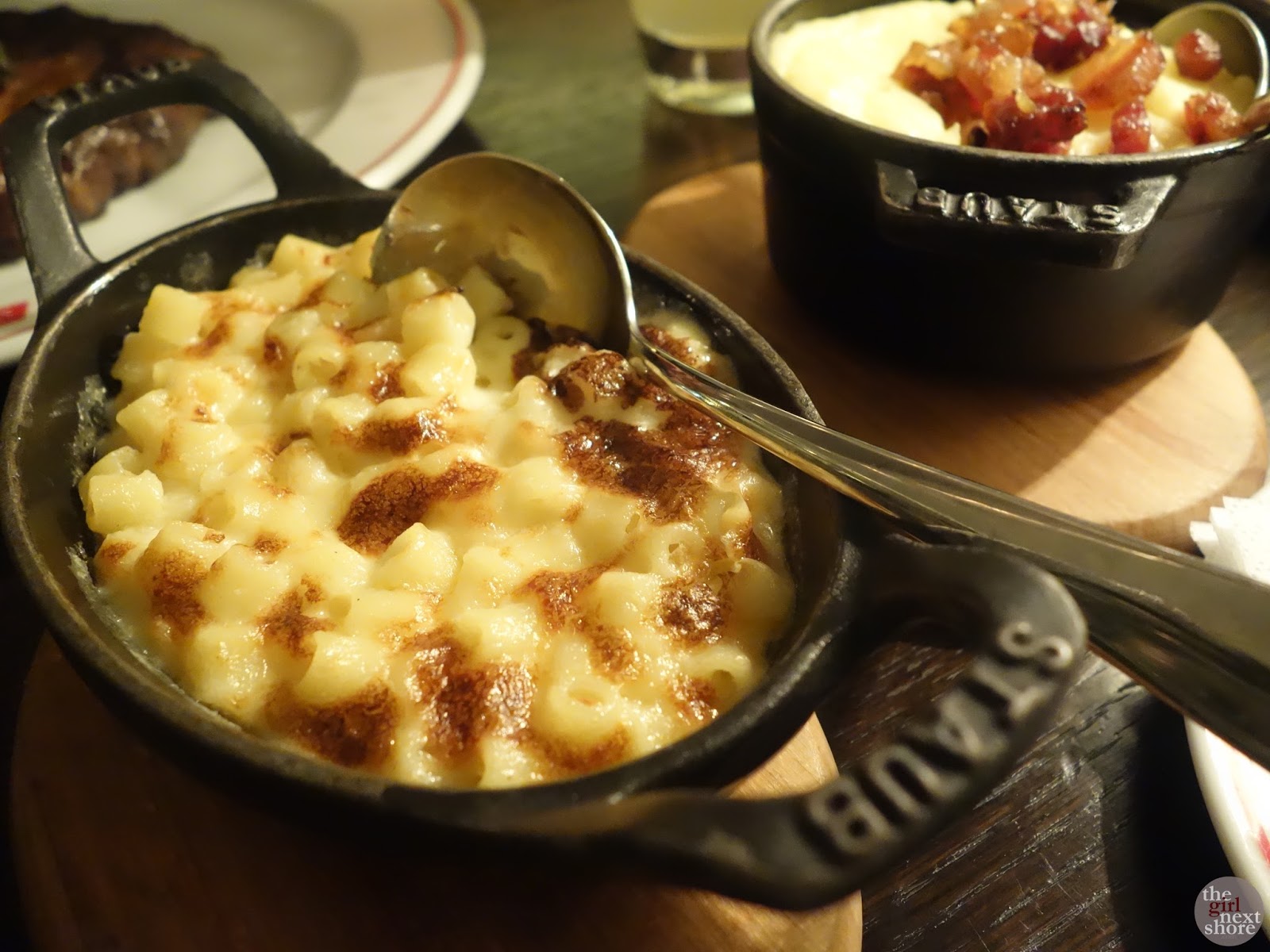 The mac and cheese (£4.50) was pretty decent too, although I am still in the hunt for the cheesiest M&C in town. 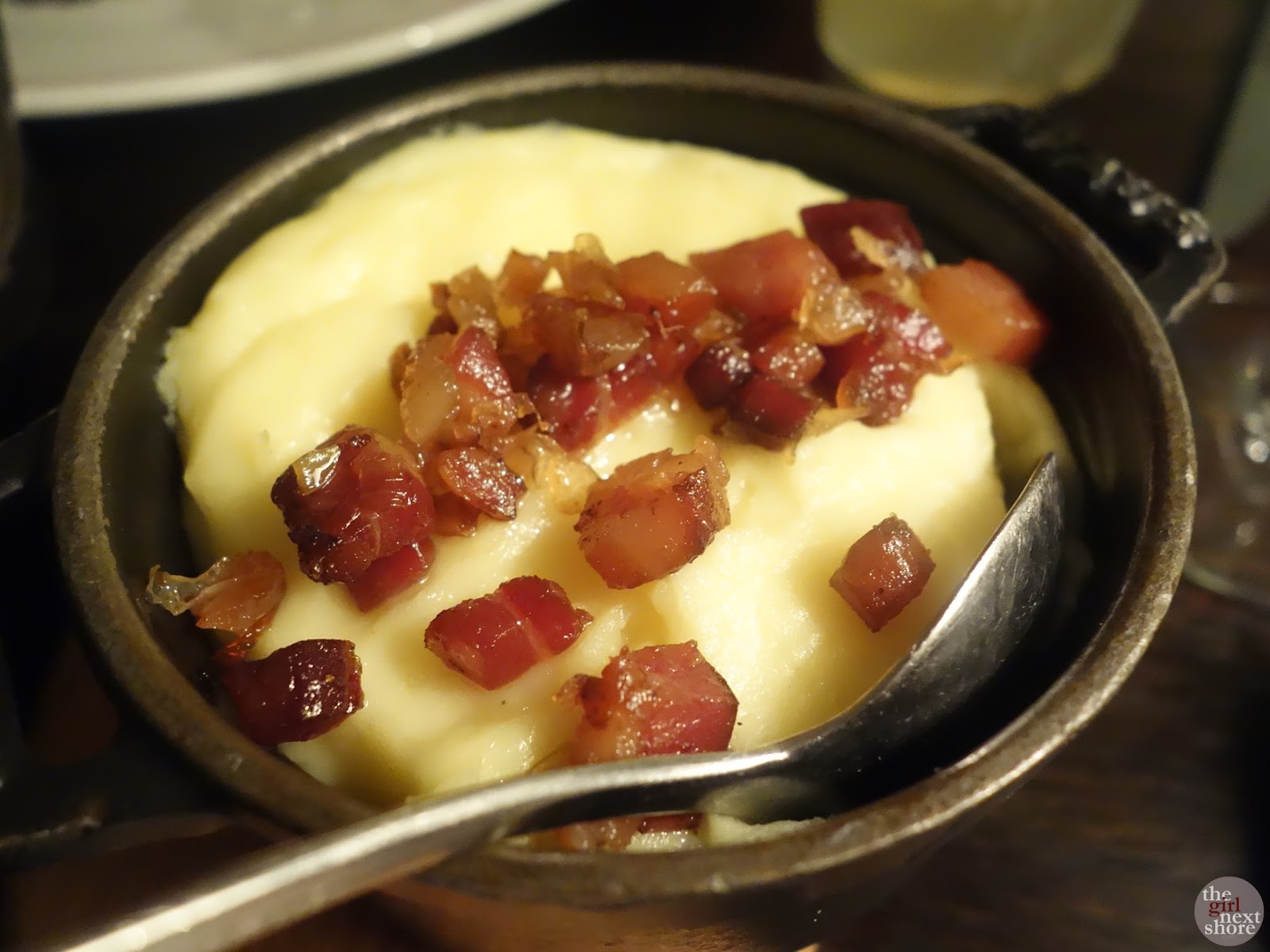 D ordered some mash potato (£4.50) and it came topped with bacon bits. I loved this, because hello… BACON. That said, even without the bacon bits the mash was pretty good on its own. 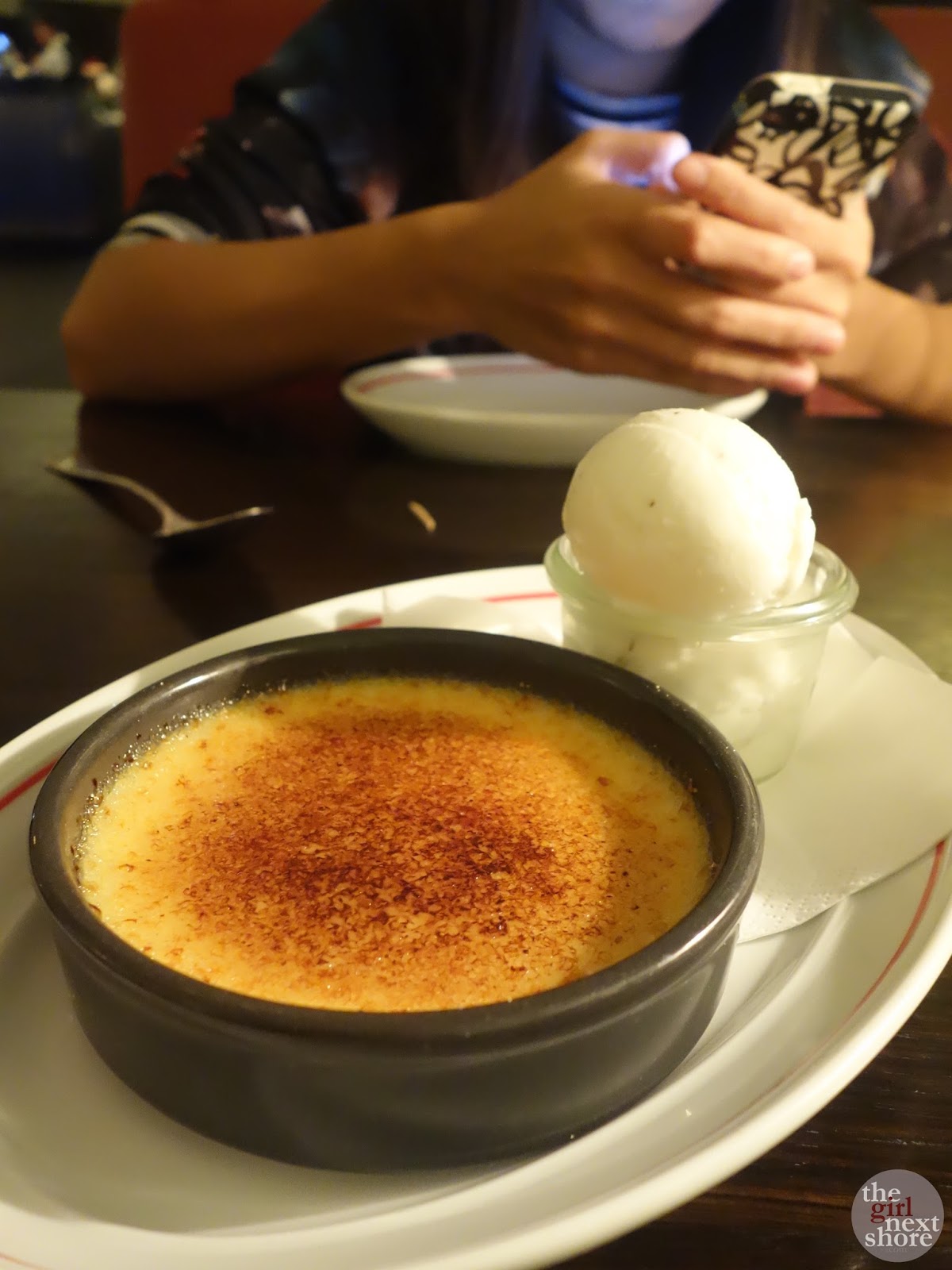 For dessert, classic creme brûlée (£9.50). I thought this had good flavour but unfortunately it was overcooked. We opted for coconut ice cream to go with, because life’s too short to opt for vanilla. (and also because it was raining and we needed a bit of Summer).

Overall, MASH is a decent enough steakhouse in all its grand indulgent ambience. The sides were surprisingly good but I still prefer steak from Goodman or Hawksmoor (or perhaps even Hix across the road). The wine list is super impressive but if you’re up for a rather good time, grab yourself a negroni or two. By the bar, where it’s super fun to people watch.

Note: Our dinner was partly paid for by Zomato.