Meeting people through the blogosphere and social media (via legit communities like Nuffnang and Zomato) has been quite a highlight of my little space on the web. I’ve come across ultra cool and fascinating characters, some who’ve actually become my good buddies IRL.
I’ve been hanging out with a collective of foodie superheroes as of late. We make up quite a diverse group fuelled by a passion for socialising through food and dining (among other things) and an understanding that first we shoot, then we eat. I met Jesse and Emma through Nuffnang; Miho (and her husband E) through Zomato; Thach through Instagram (who happens to be from the same hometown as E); and VA through the blogosphere.
On our first meet-up we decided to brave Friday night queues at Shackfuyu, which ended up a disaster as it was closed for the day due to unforeseen circumstances. Fortunately we knew well enough how these queues-v-hunger games tend to pan out so we mapped out a “Plan B”. But with the surplus of new “no reservations” restaurants in town, it’s always a pain finding one that can fit large groups.
Enter Morada Brindisa Asador, the latest concept from Brindisa restaurants which focuses on roasting meat in an asador (a wood-fire oven). Let me tell you now though that the best thing about this tapas restaurant is not that they take bookings, but actually the food. 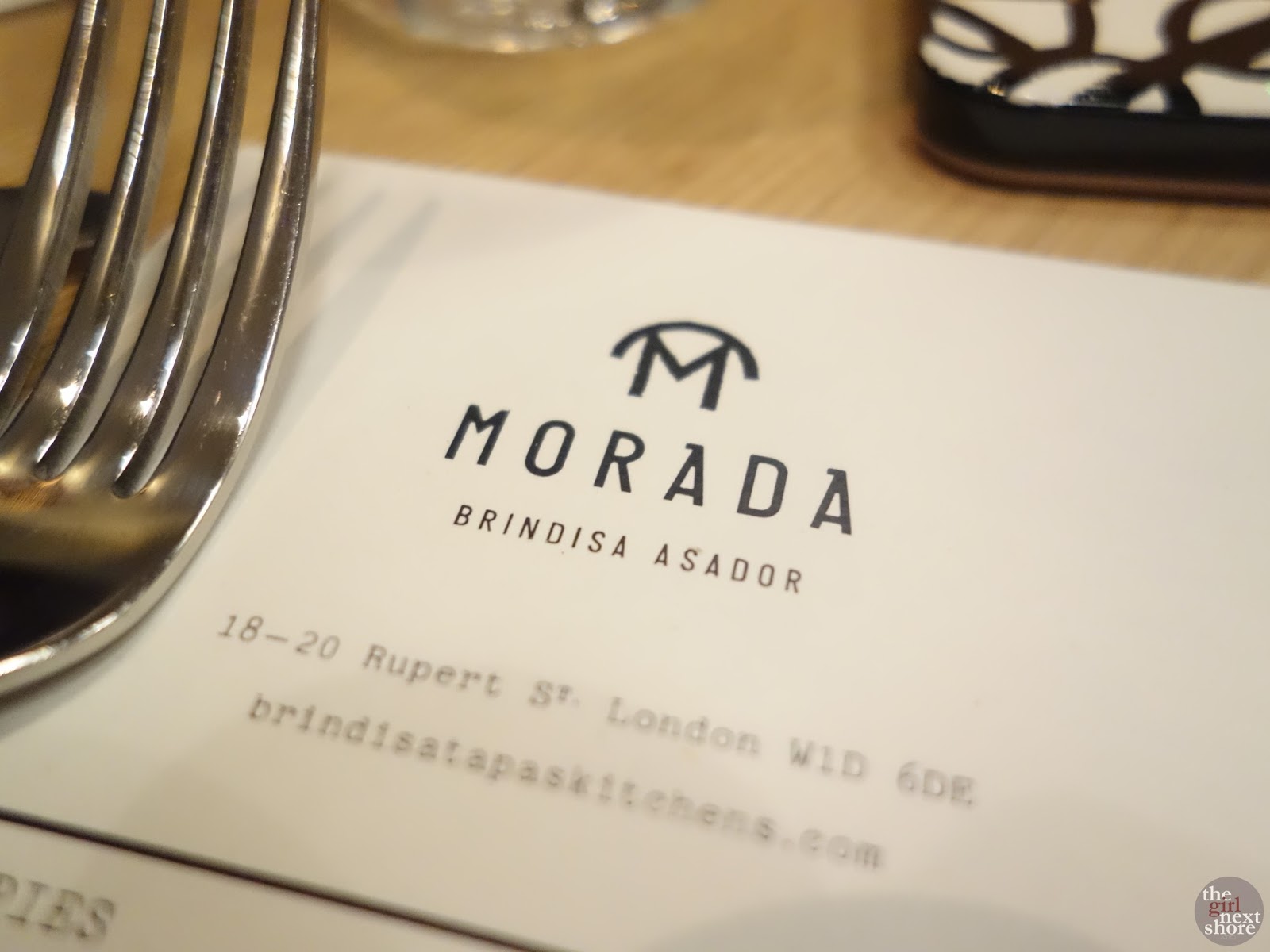 The menu is quite precise and is chopped into categories. Here’s what we had: 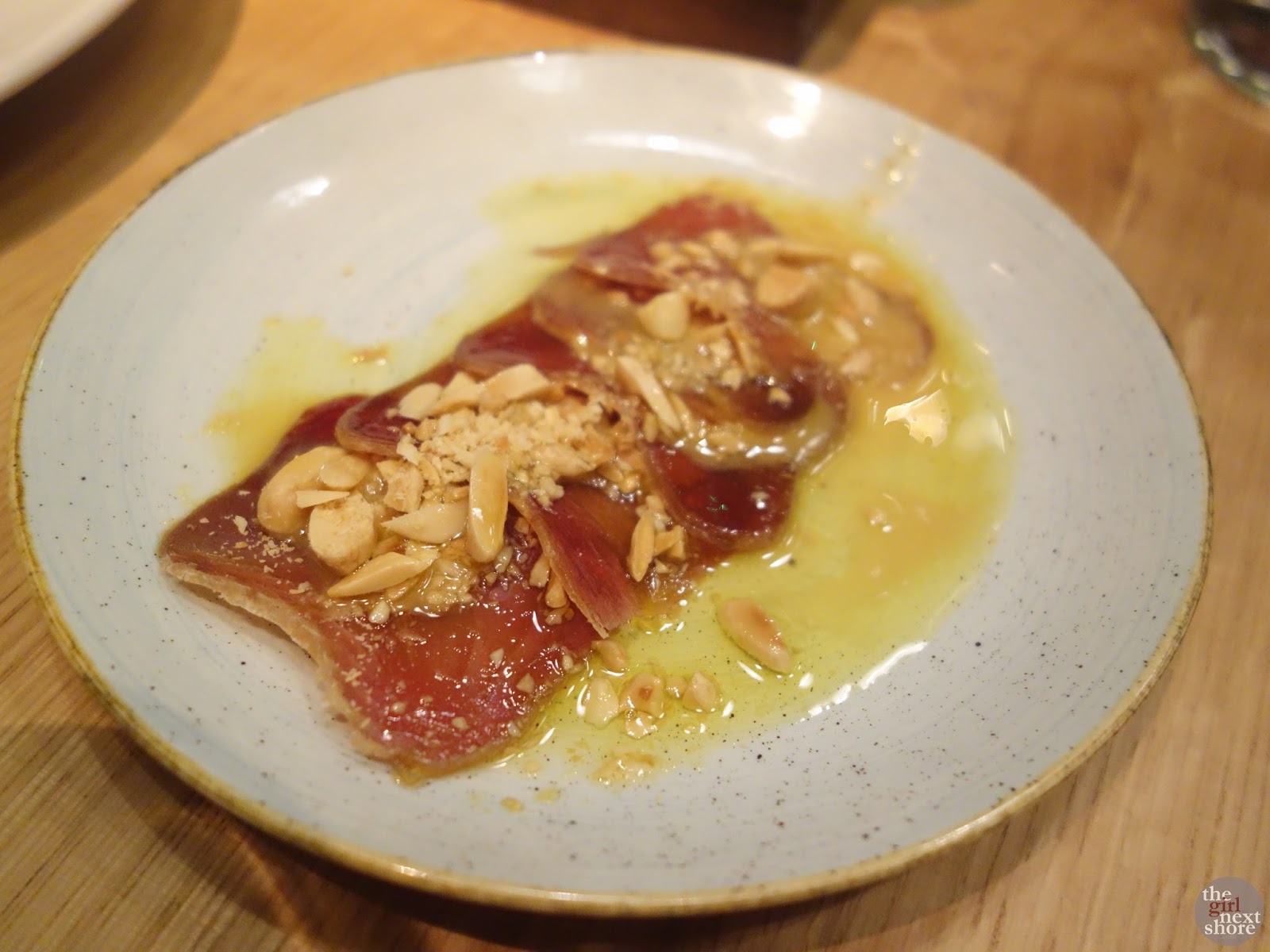 Mojama cured tuna (£6) – light and subtly salty. I really liked this as it passes as a good alternative to dry cured meat platters. Topped with almonds for an extra crunch, one of my favourites. 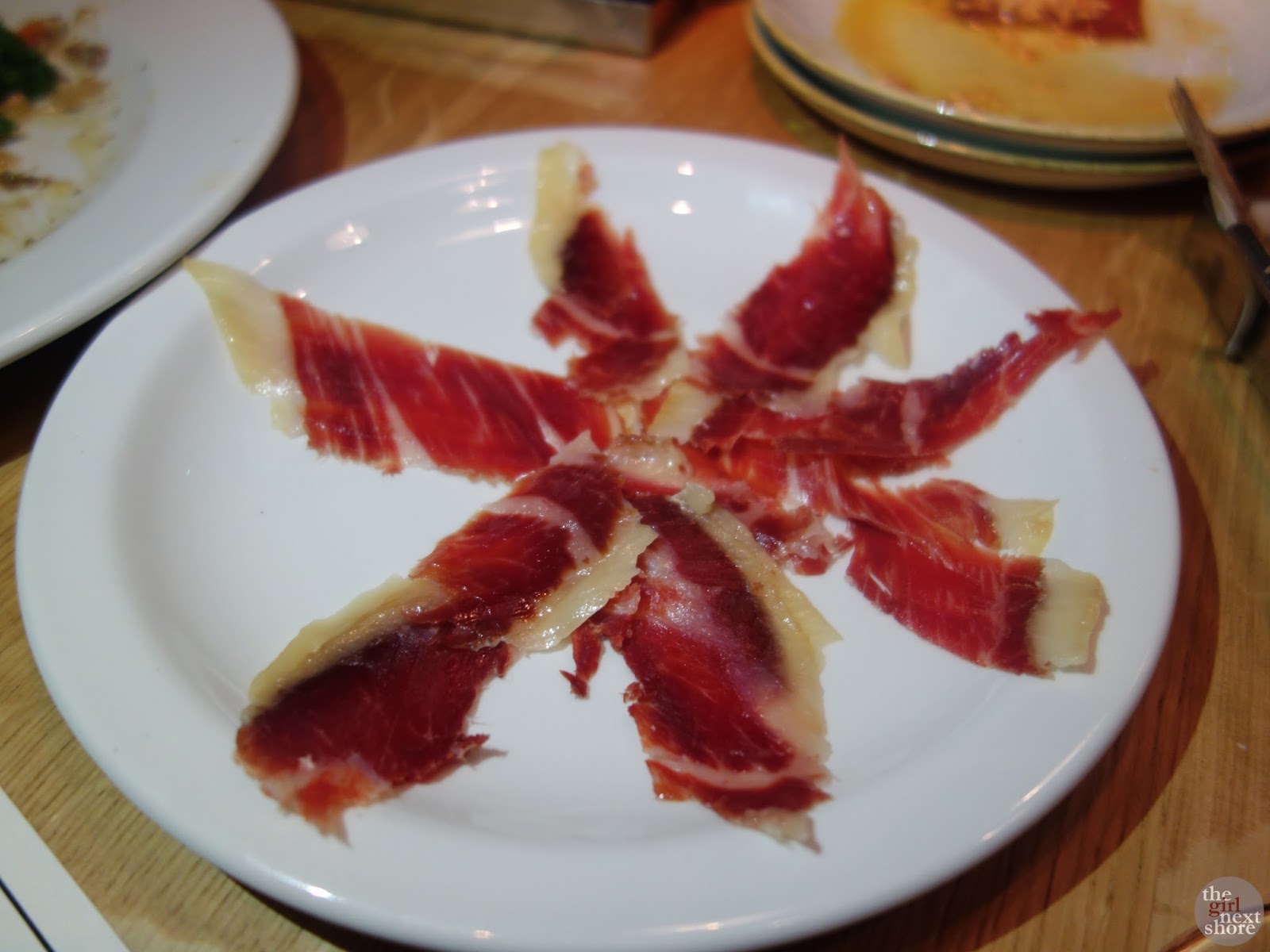 Iberico Bellota Ham (£11/22). Hand-carved and tasty, although I still prefer the offering at Barrafina. 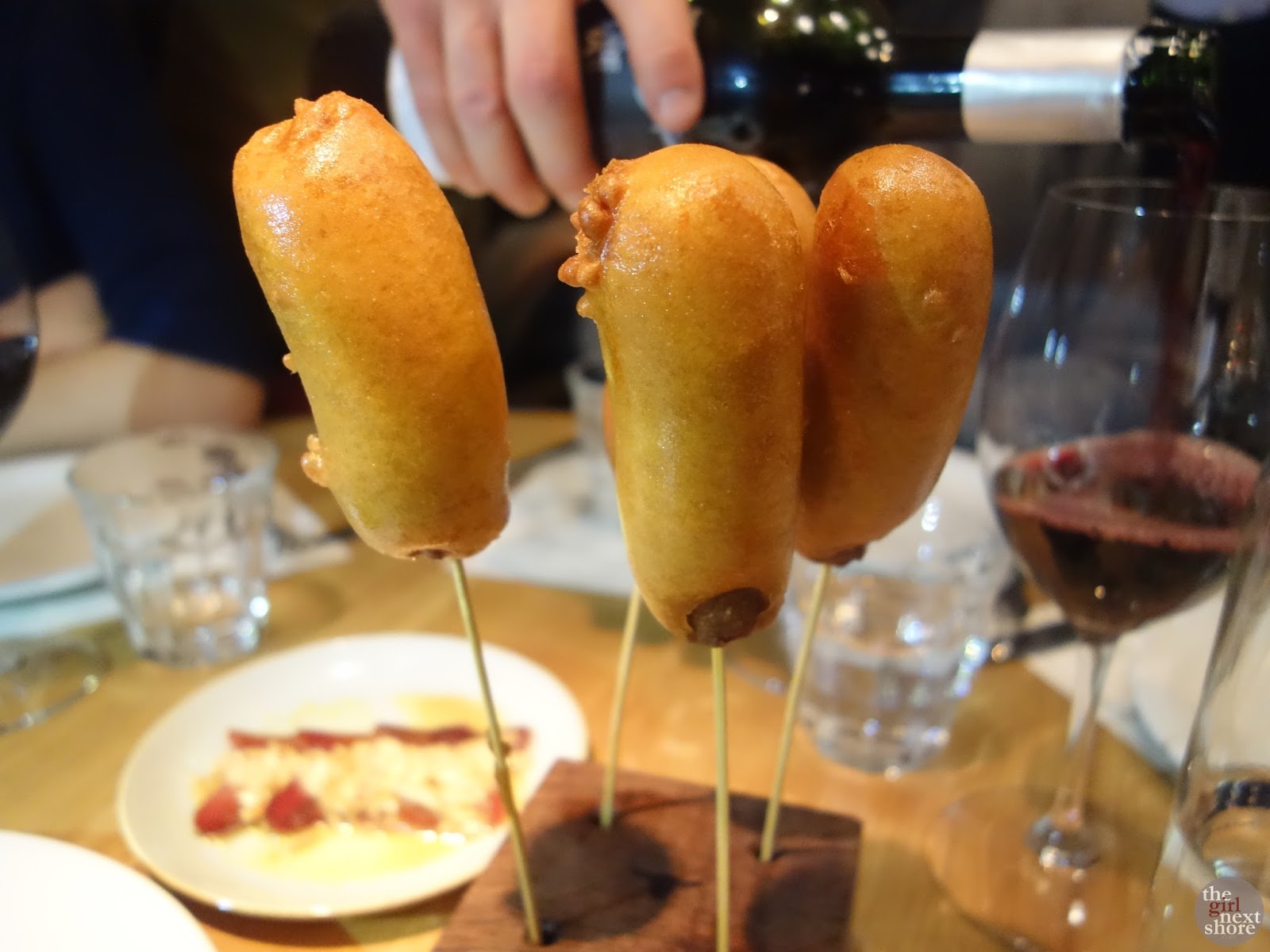 I didn’t expect the “Chistorra” chorizo fritters (£4.5) to look like this, but they were definitely fun to look at and to eat. Best eat them as they arrive, though. You might end up fighting for the last piece. 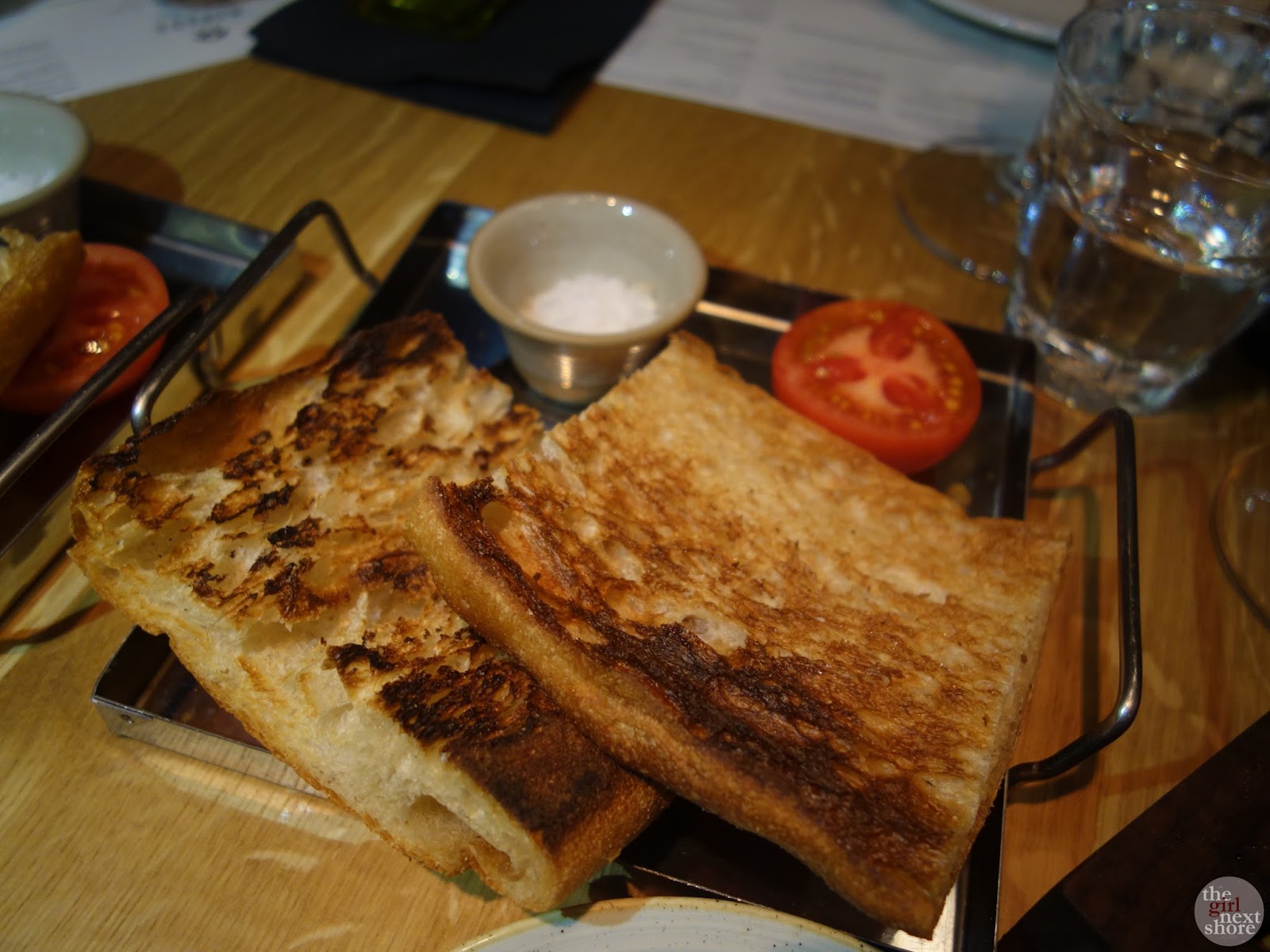 We also ordered some coca bread (£3.5). Served with half a tomato, I say skip this to save room for proper plates. 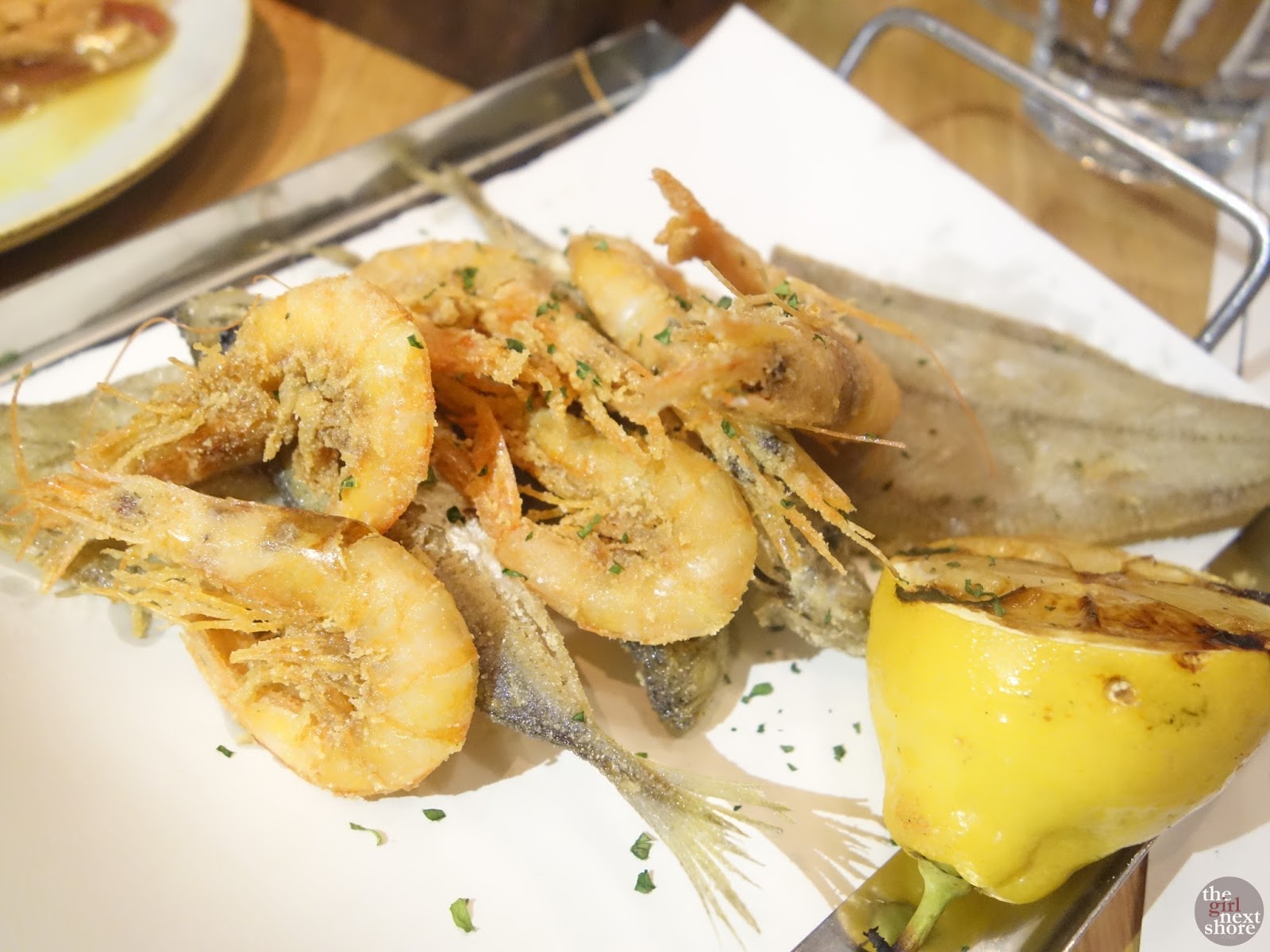 The Andalucian crispy fried fish (£9.5) is essentially Morada’s version of a classic fritto misto. Definitely puts on the munchies and ideally great with a good cold Spanish beer. 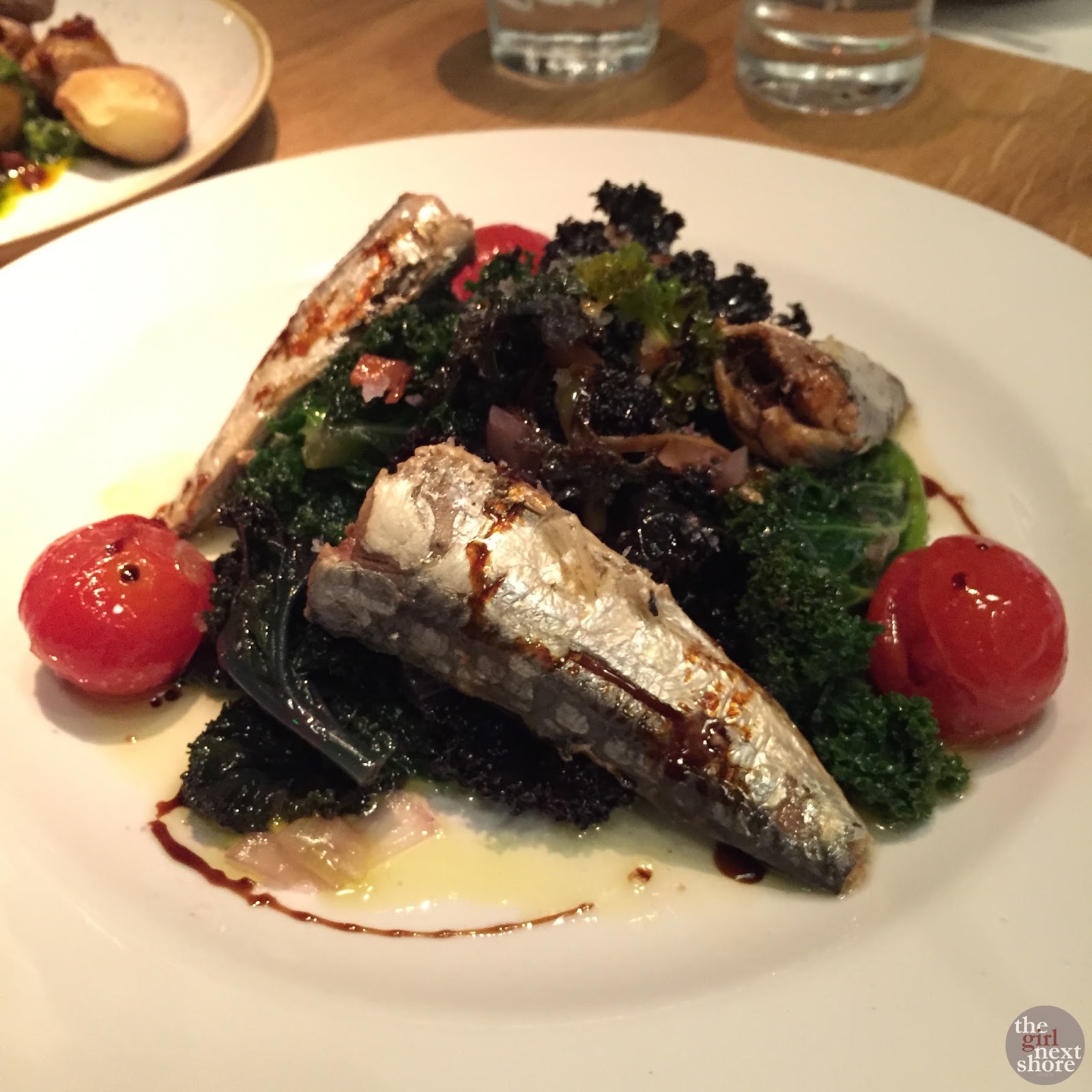 I enjoyed the kale and escabeche sardine salad (£6.75) particularly because its simple components made up for a really interesting dynamic in the palate. 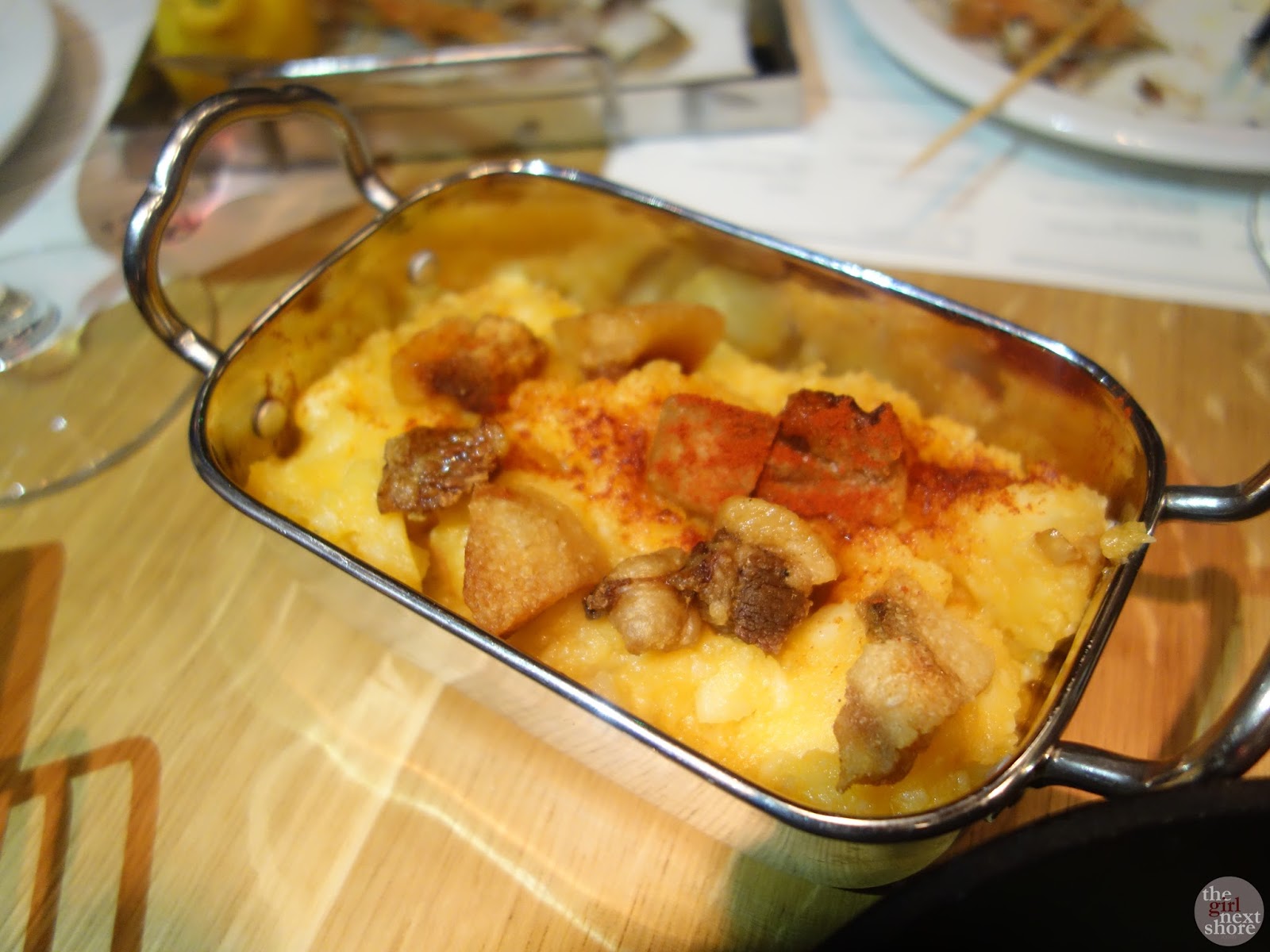 I enjoyed the potatoes revolconas with pork “torreznos” (£4.50). You can’t complain if there’s pork scratchings on the menu, non? These torreznos, however, were fattier and chewier than I expected, giving it a different texture altogether. Not unpleasant at all, but distinctively juicier and less crunchier than I thought it would be.

From the La Fragua (Chargrilled): 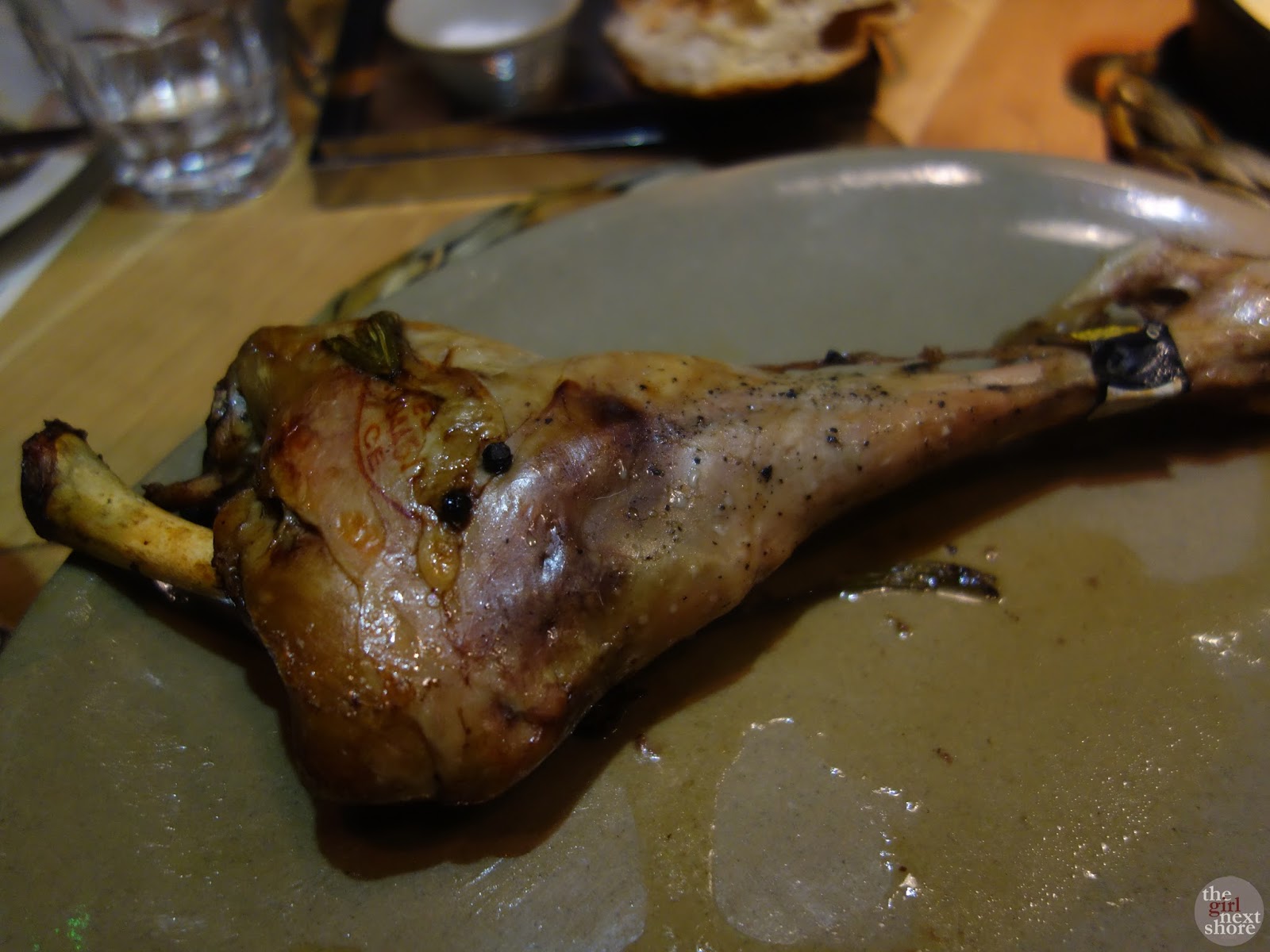 This leg of lamb (£29) was so fall-off-the-bone tender and I will quote E on this: “the rosemary really came through”. 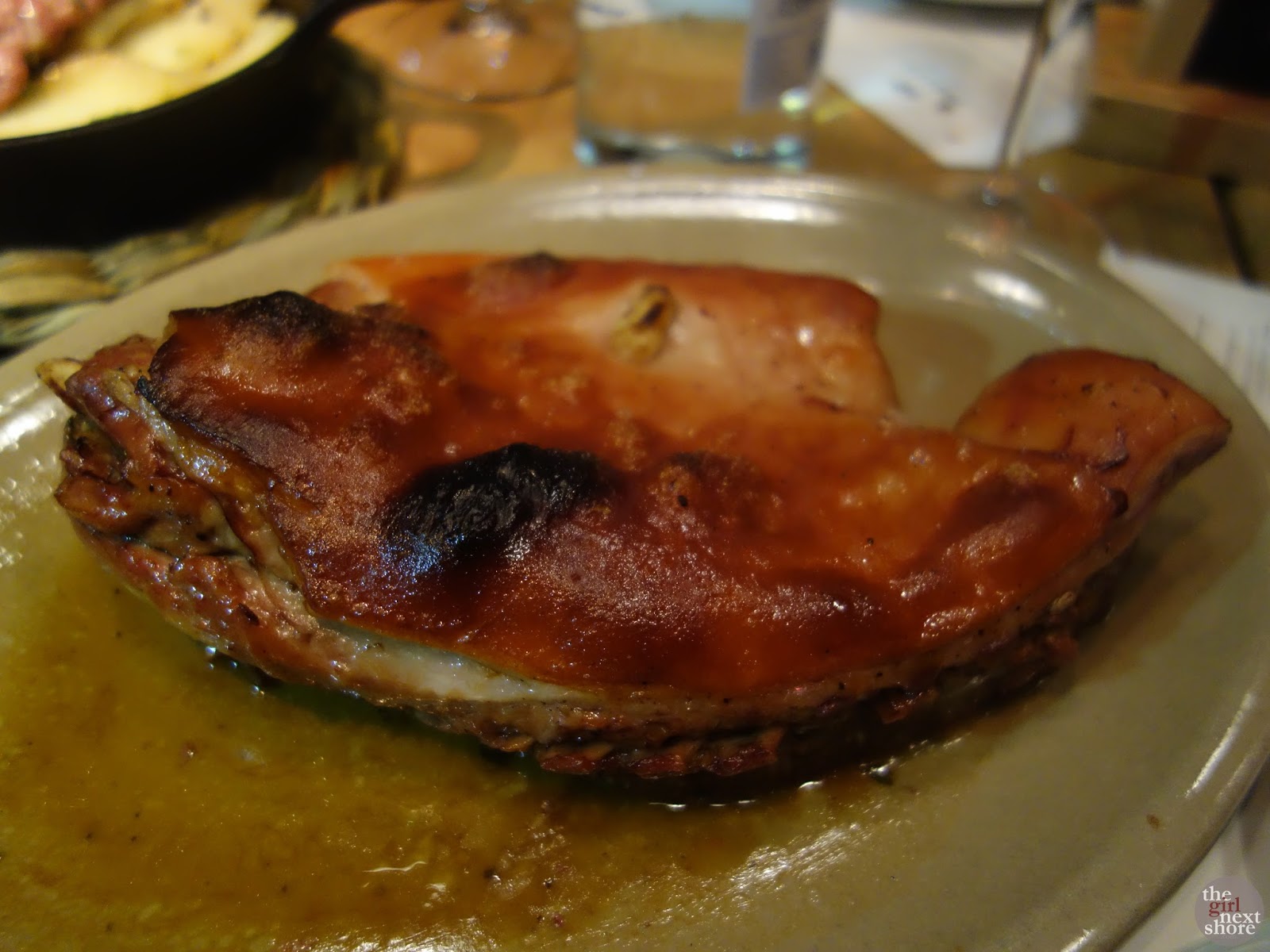 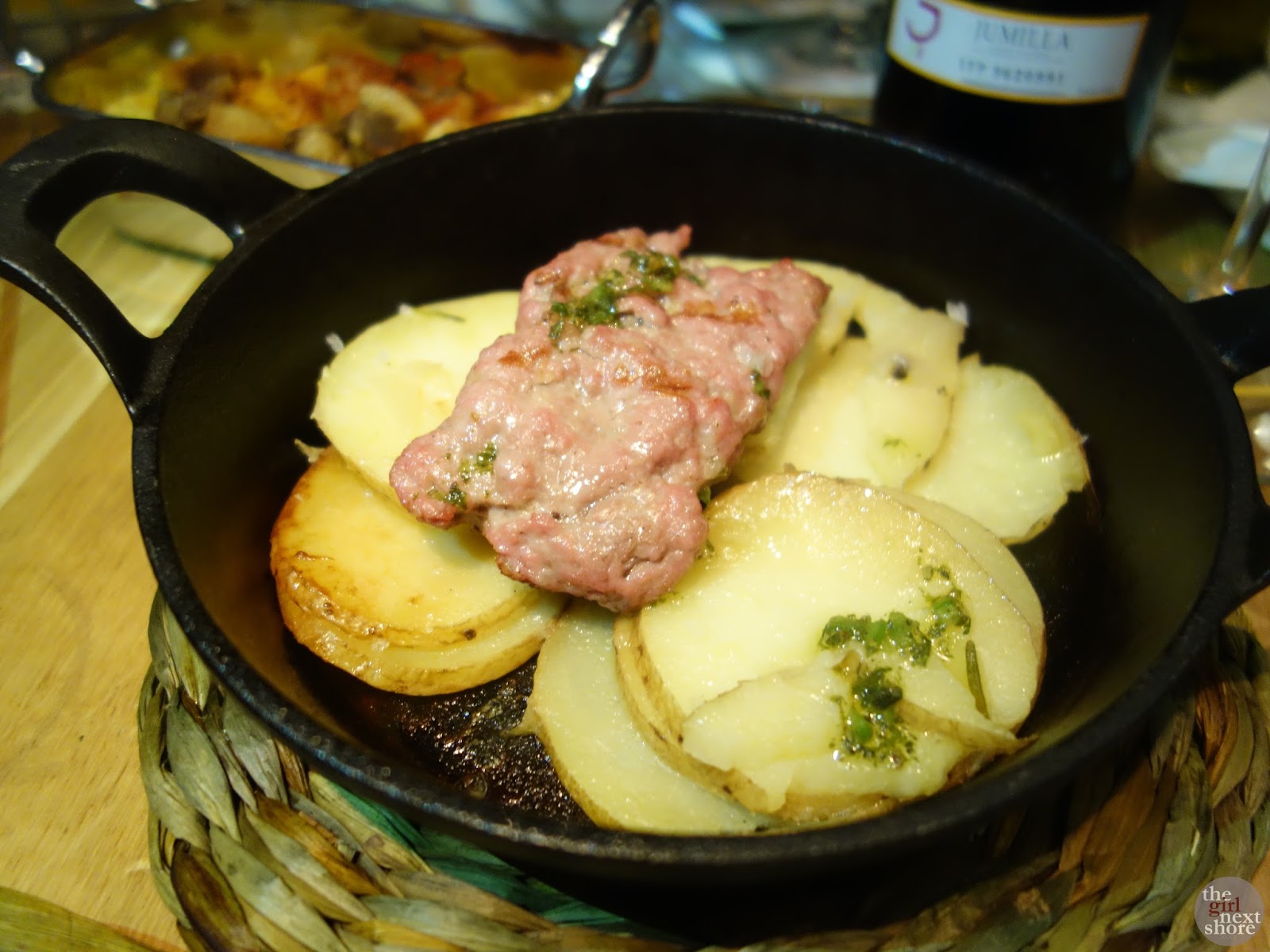 The butifarra sausage (£8) is a cheeky little thing in its size itself but it is quite succulent. I wish they served at least two of these and less potatoes. 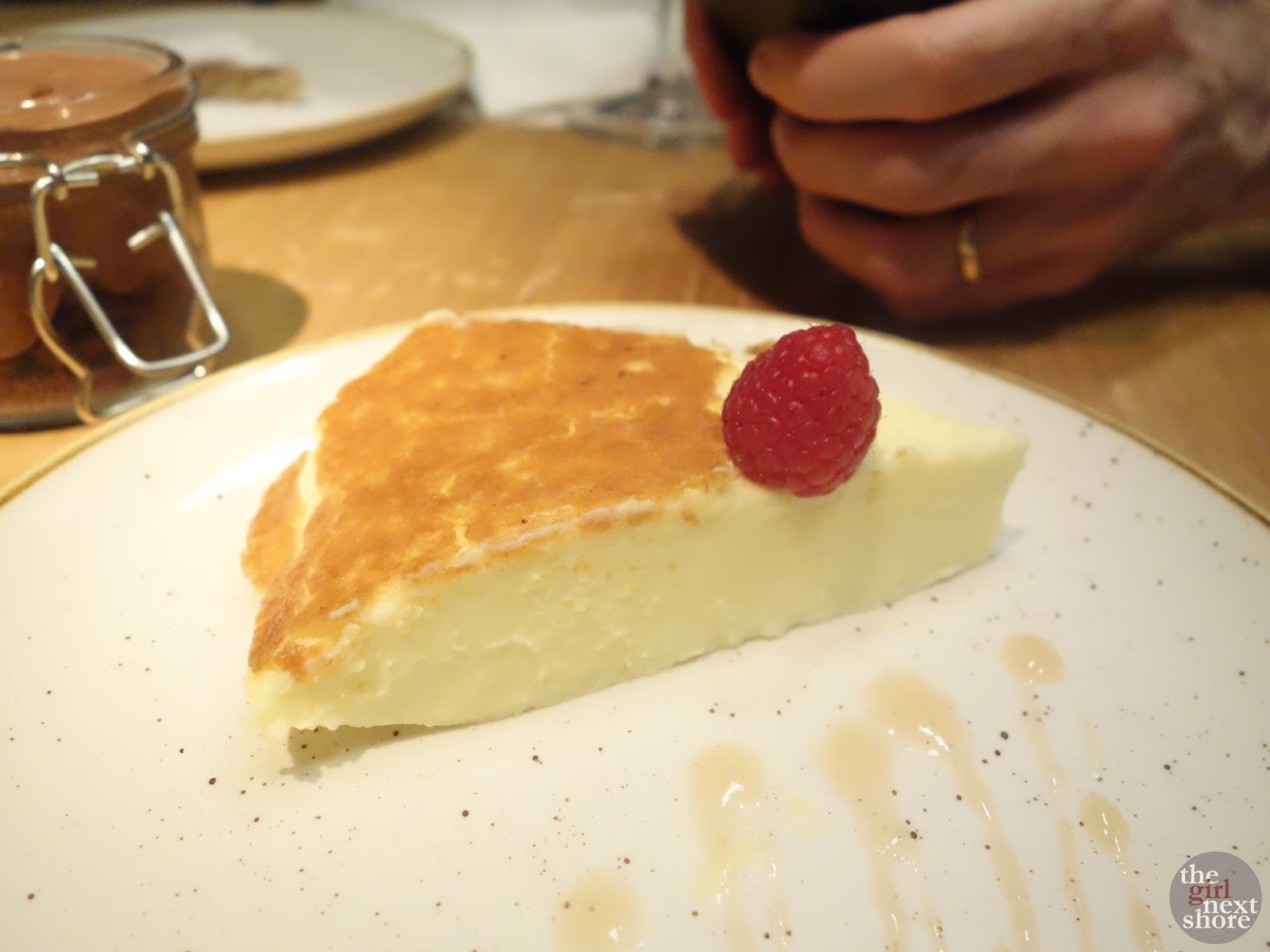 My favourite dessert had to be the la bauma cheesecake (£4.75). Our server said it wasn’t to his taste, but it certainly was delicious in our book. As it’s baked, the texture’s almost like a soufflé with an ever so slight hint of tartness from the cheese. If you like Japanese desserts, this one could bag it for you. 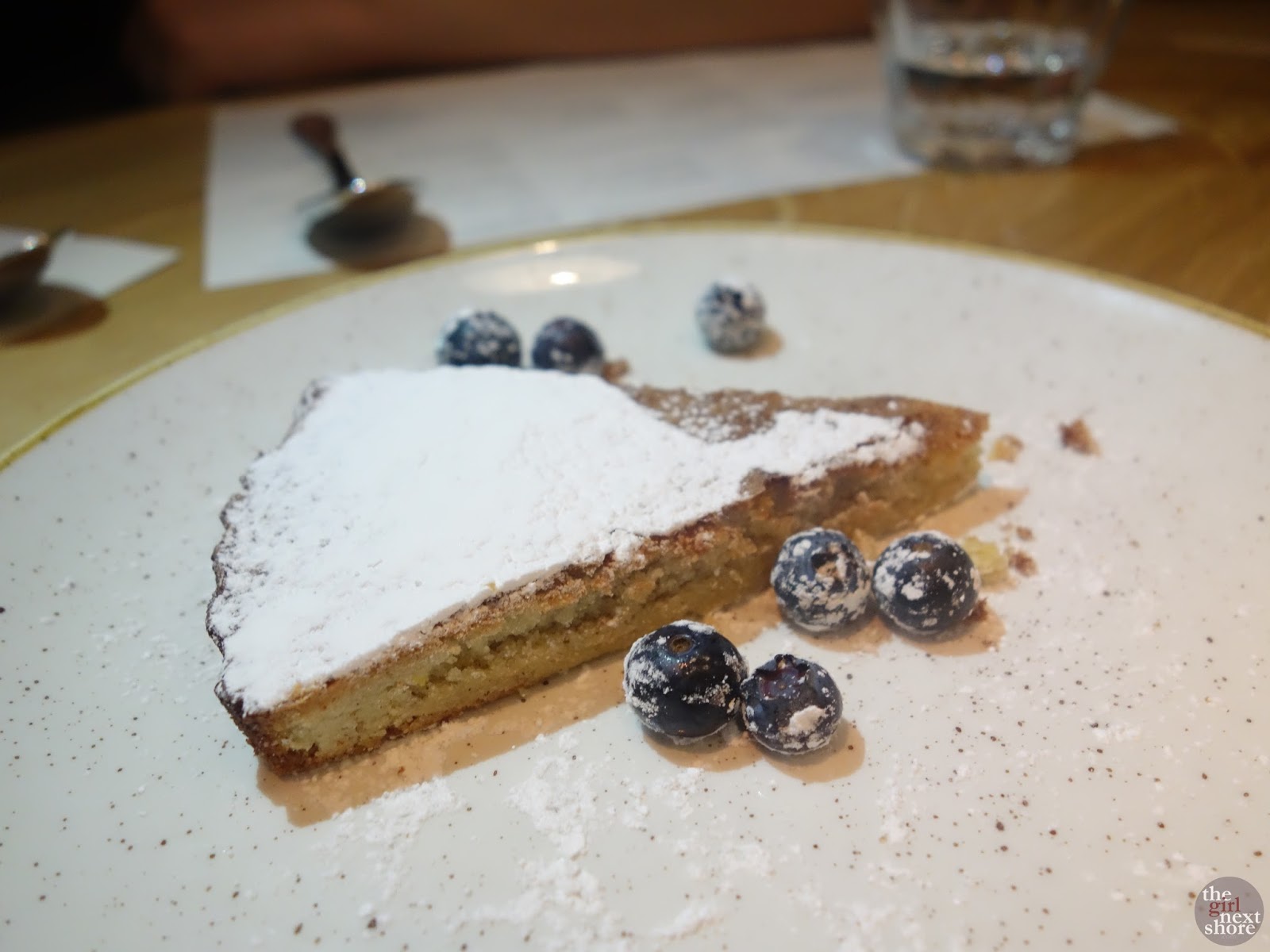 The much recommended tarta de Santiago (£4.75) fell a bit flat for me. I found the cake a bit dry for my liking. It needed a bit of cream… or dulce de leche! 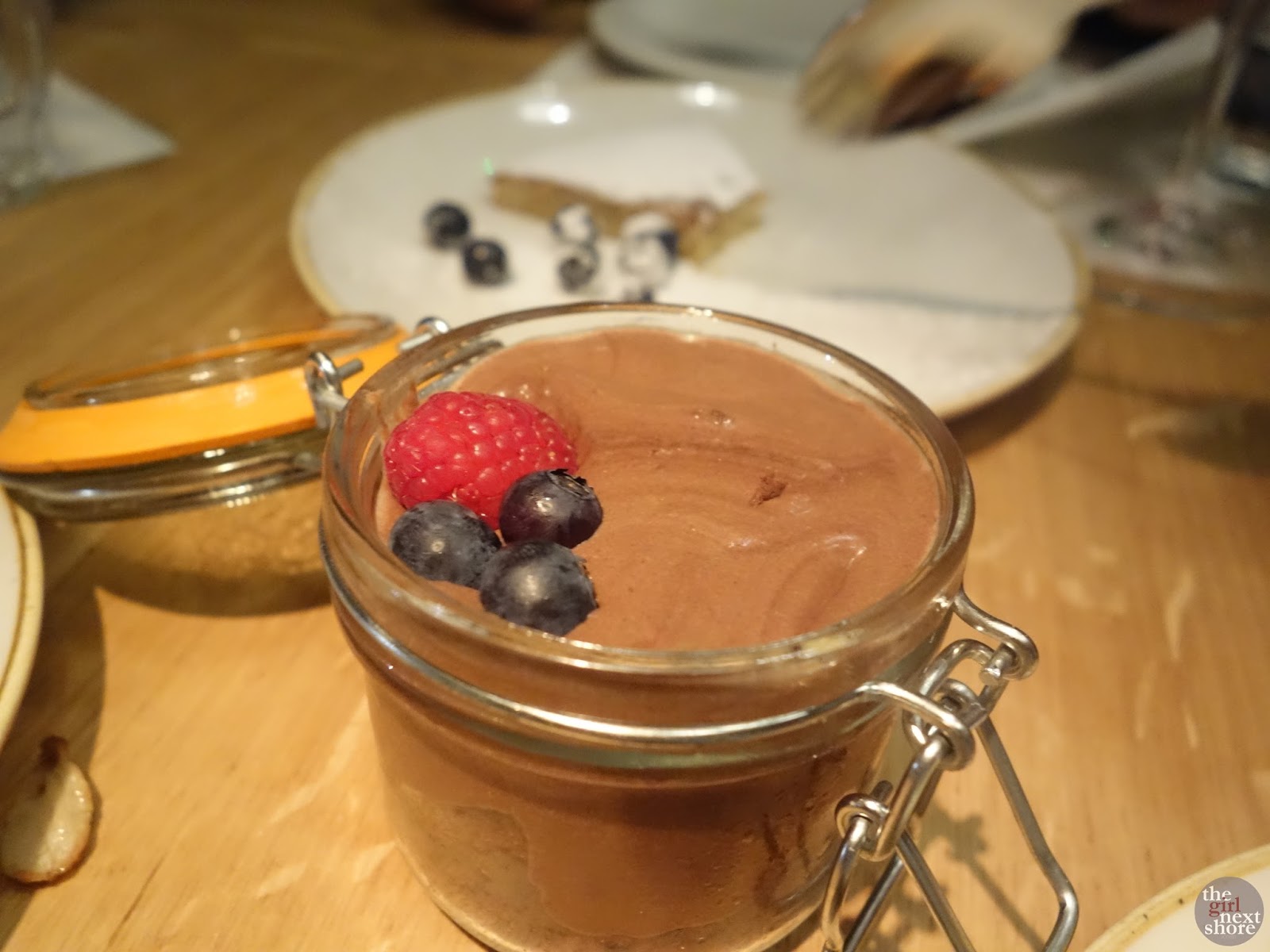 They served some sort of chocolate mousse when we visited. It was fairly rich, which I like. I could’ve easily gobbled the entire thing, but ended up sharing because that’s what superheroes do.
Overall, Brindisa’s latest offering is pretty good. Food is quite spot on and pricing is very reasonable (we paid £30 per head, and that included vino) It’s definitely a go-to for groups (READ: they take bookings!) for pre-game feasting. Service was great when we went (I’ll write a revisit post soon). 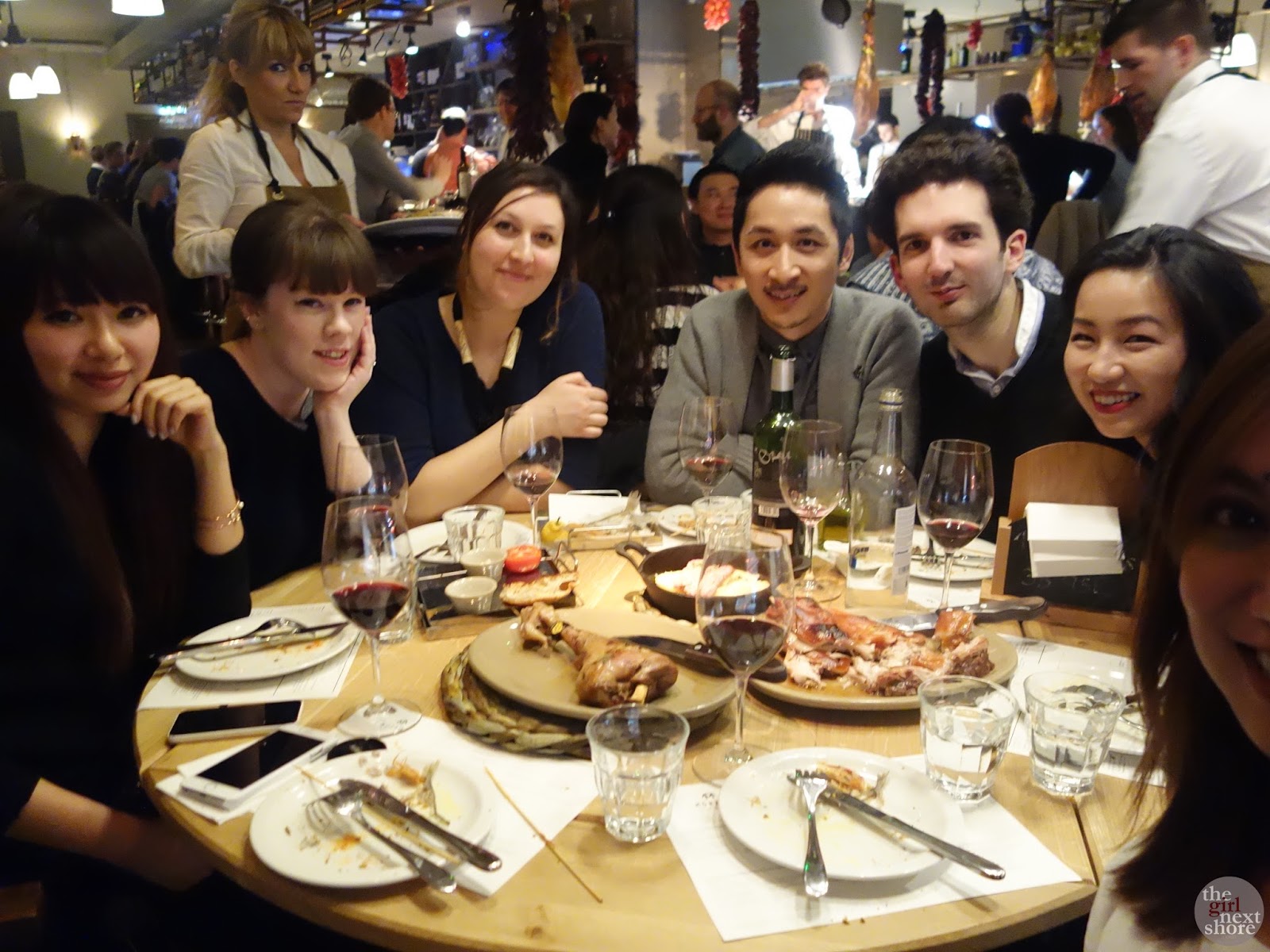 What’s a social media meet-up without a blogger/’grammer selfie, non? After x attempts, I finally got all of us (well, and a third of my face) in a photo (but it’s really the server’s face you have to look at).