I heard much about Edible Stories and their wonderful immersive feasts so when I found out they were teaming up with the Library Private Members Club on St Martin’s Lane for a four-week theatrical pop-up event, I signed up for the experience. Each week, a themed dinner pays homage to some of our favourite West End productions:
17 – 23 April 2015: Charlie and the Chocolate Factory
24 – 30 April 2015: Phantom of the Opera
1 – 7 May 2015: Les Miserables
8 – 15 May 2015: Matilda
There was no question that I’d go for Charlie and the Chocolate Factory, even if I haven’t seen the actual musical myself. Roald Dahl’s classic masterpiece had been a favourite book growing up and the 1971 film with Gene Wilder had been my fantasy life for quite a while. Tickets booked and expectations set, my imagination ran wild with thoughts of so much chocolate, candy, blueberries… and maybe a little bit of Heston Blumenthal-esque magic. 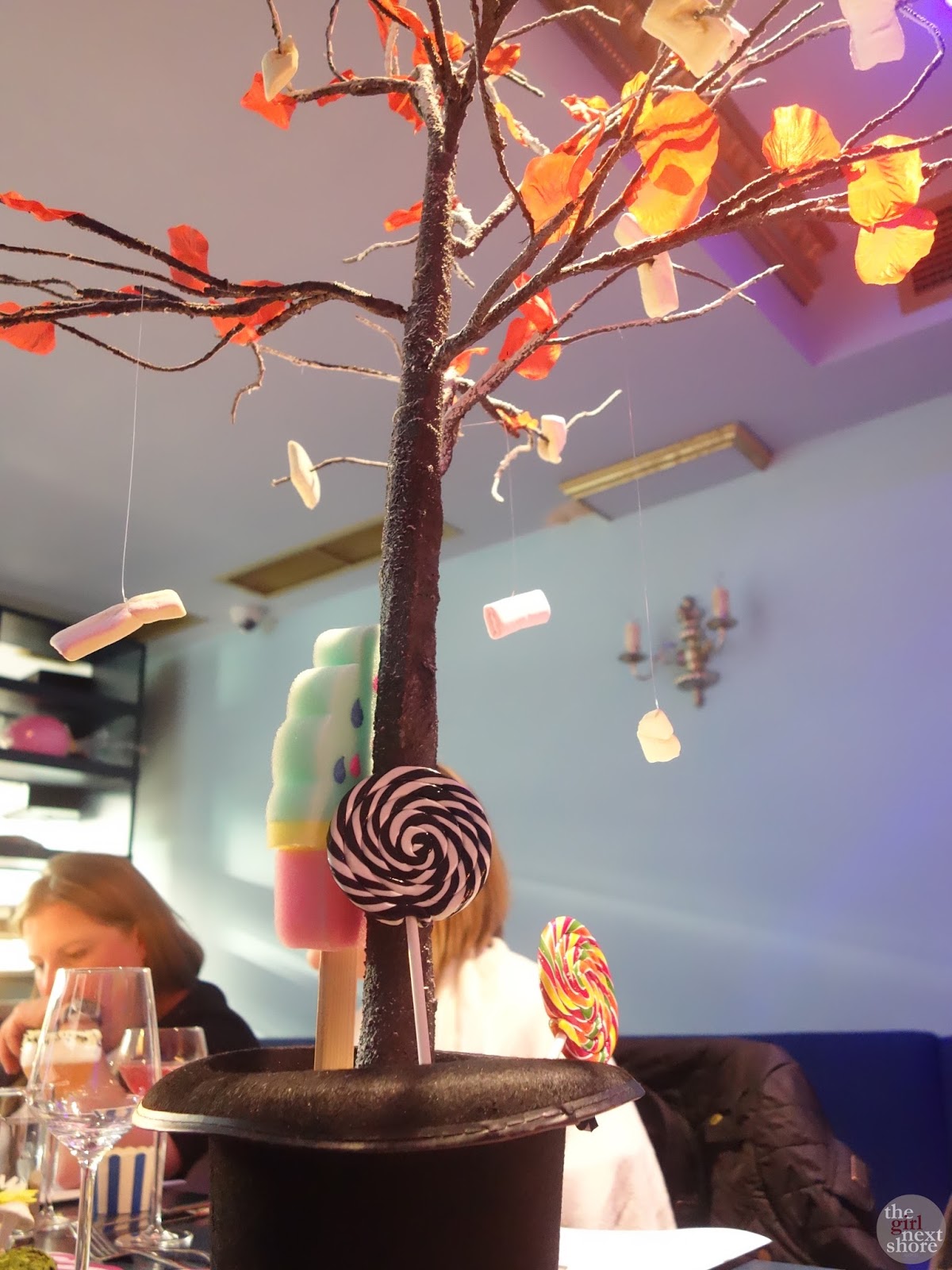 Punters were led downstairs to a long table set up with edible treats. 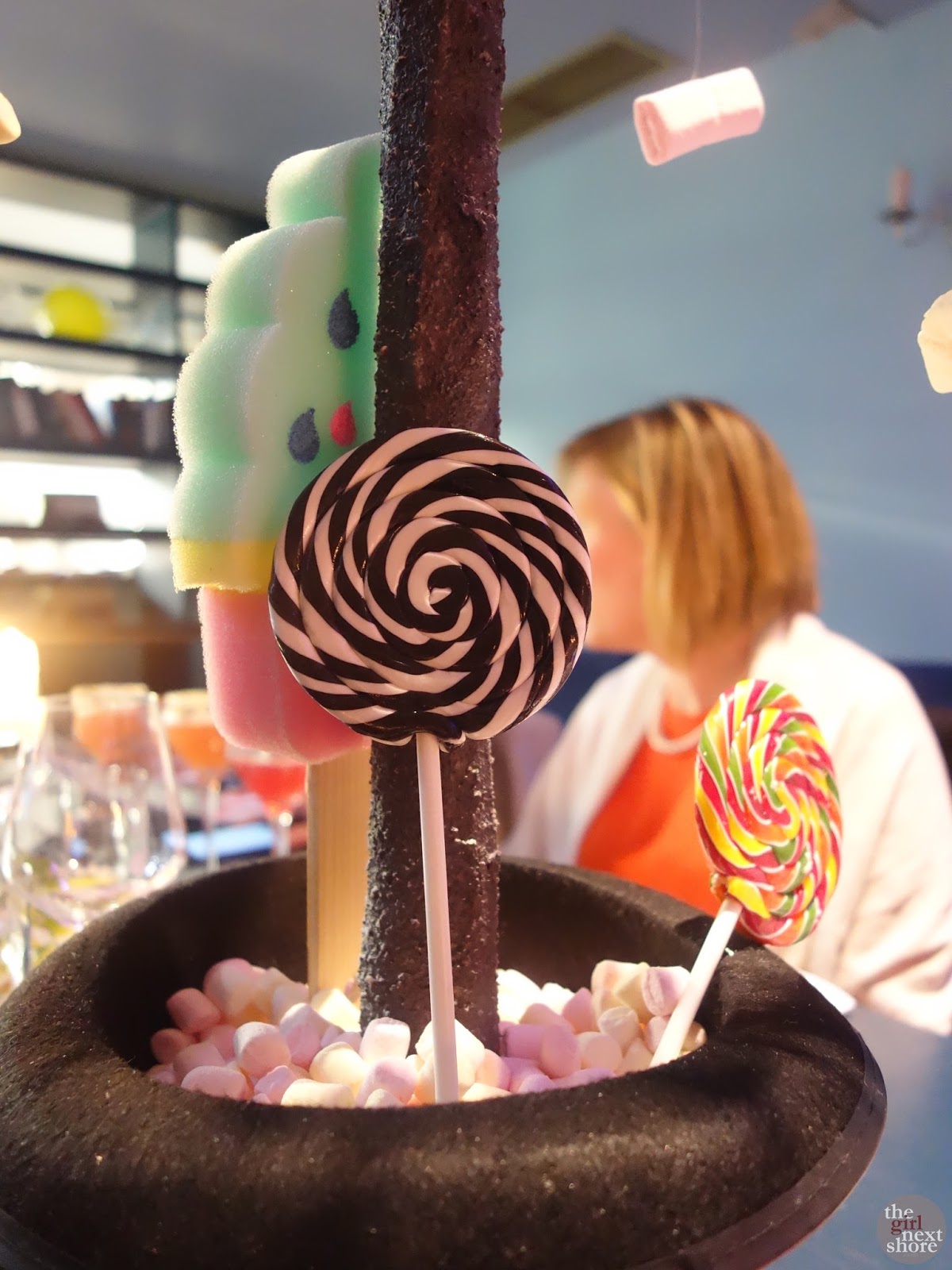 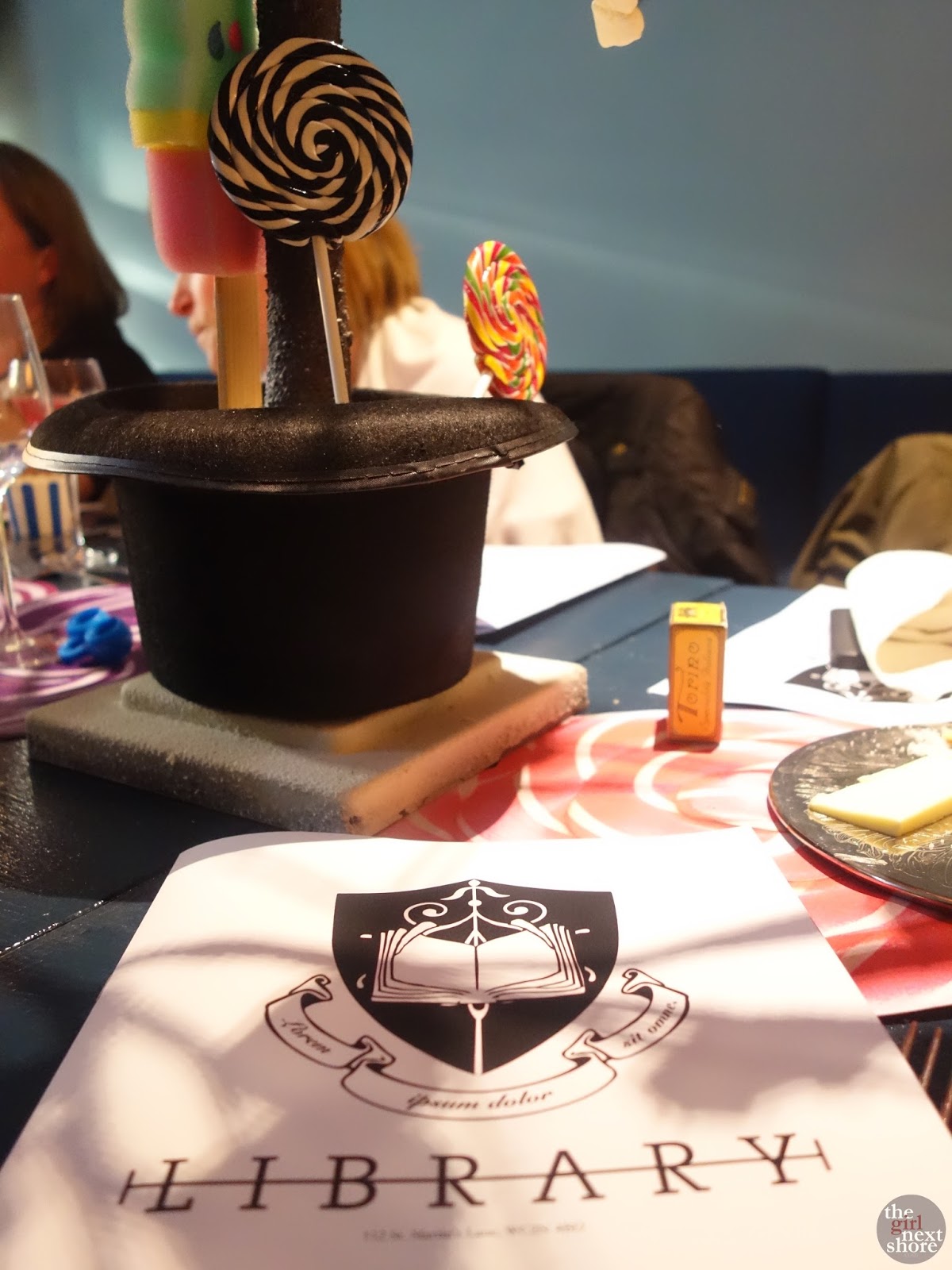 The menu was set out in comic book form, created by Neil Gibson. 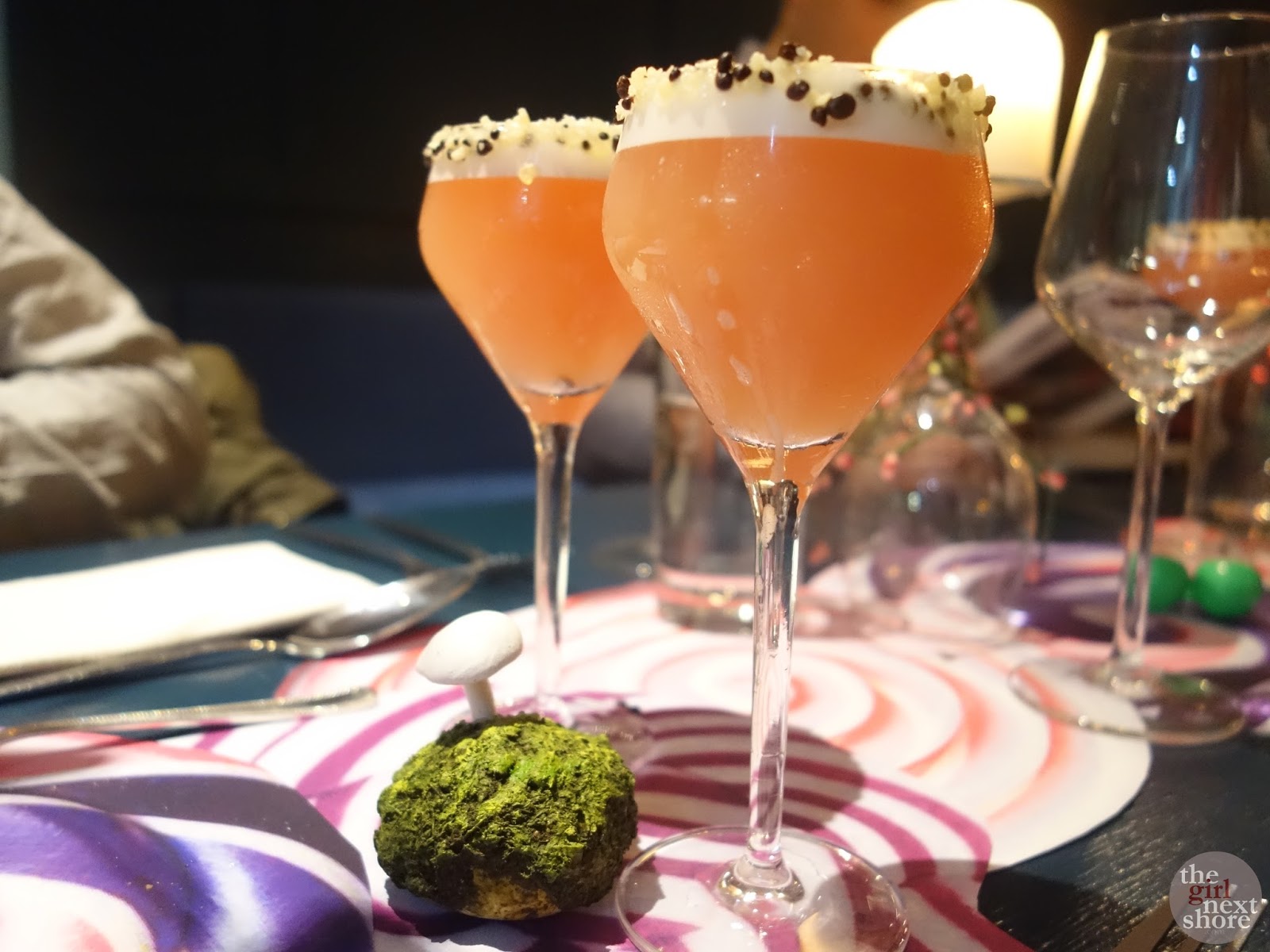 Our welcome drink was inspired by gum chewer Violet Beauregarde (spiced rum, white chocolate, sherry, bergamot juice and blueberry foam). Not particularly keen on this cocktail as I felt it was rather too bittersweet. 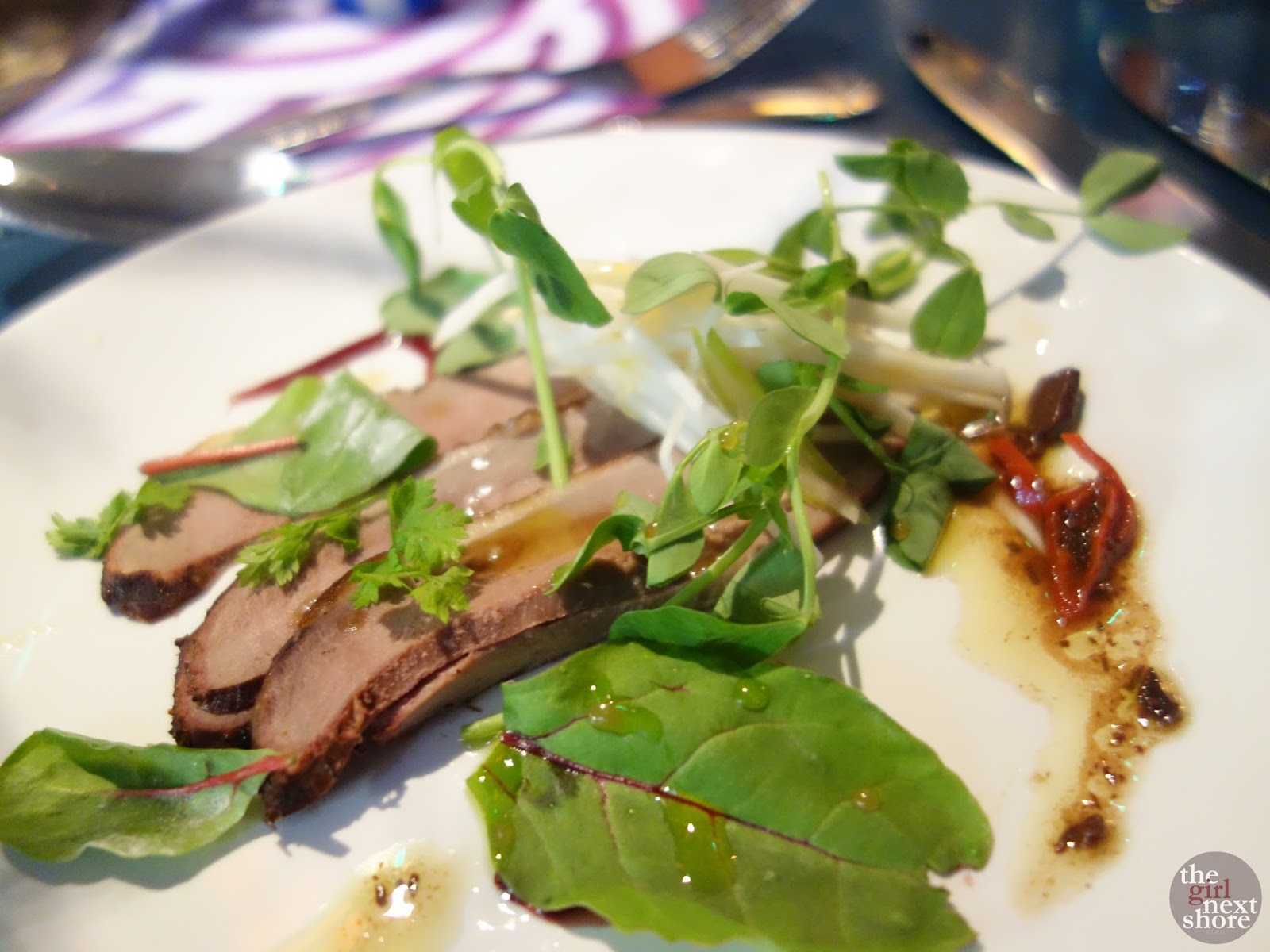 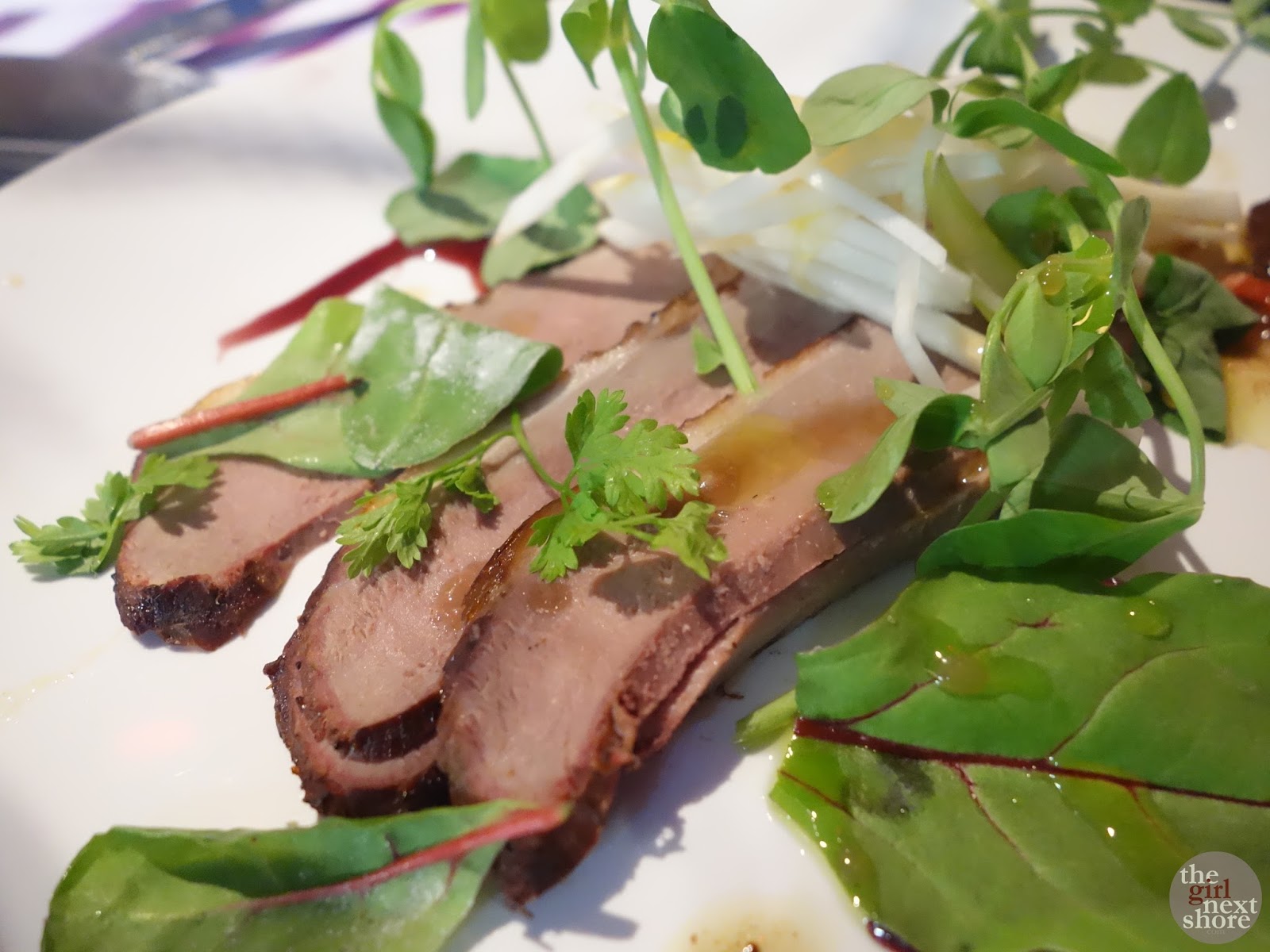 Unfortunately, my duck was quite dry and tough. The chocolate and chilli oil was pretty decent but there wasn’t enough of it to lift the dish. 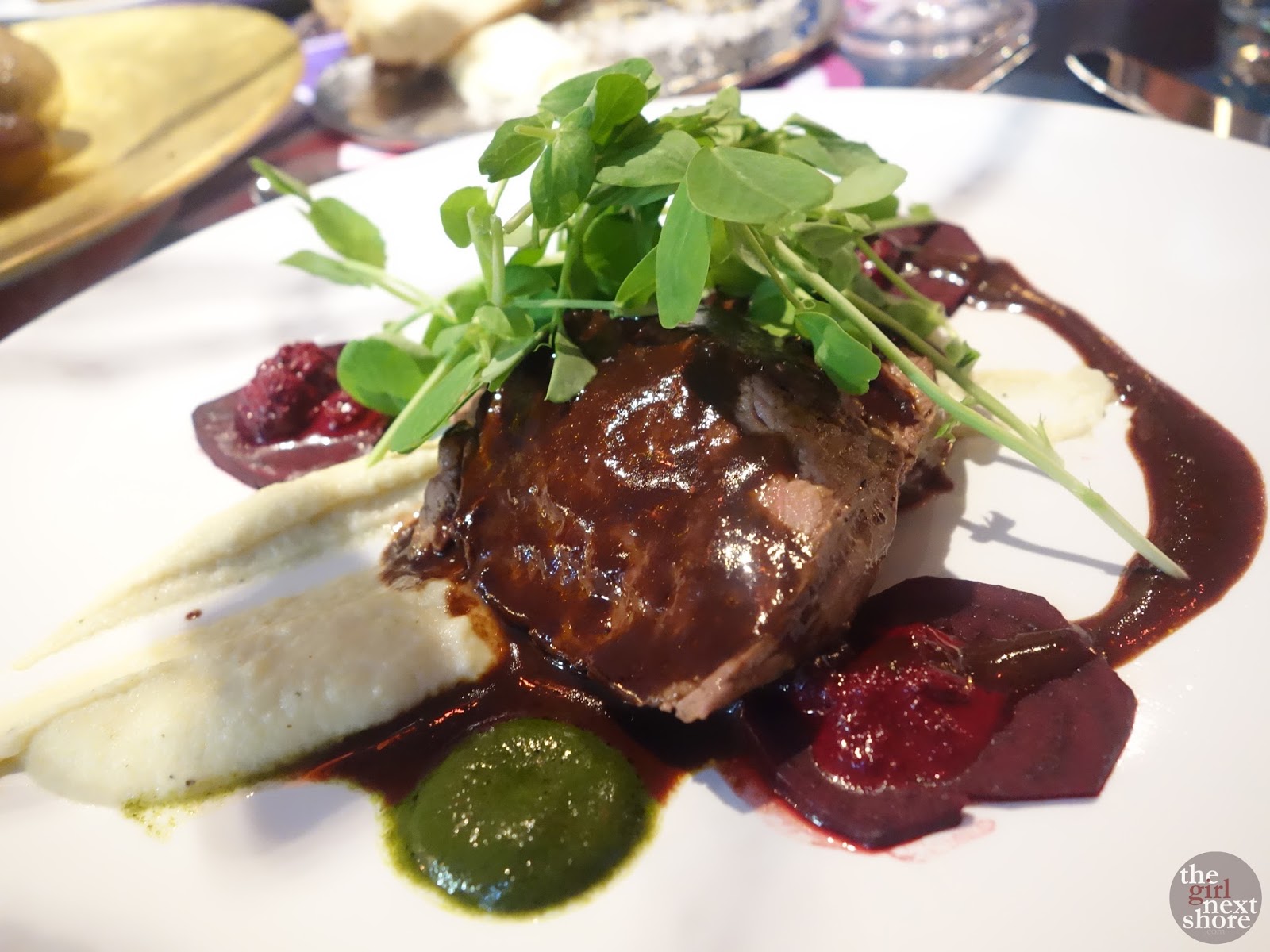 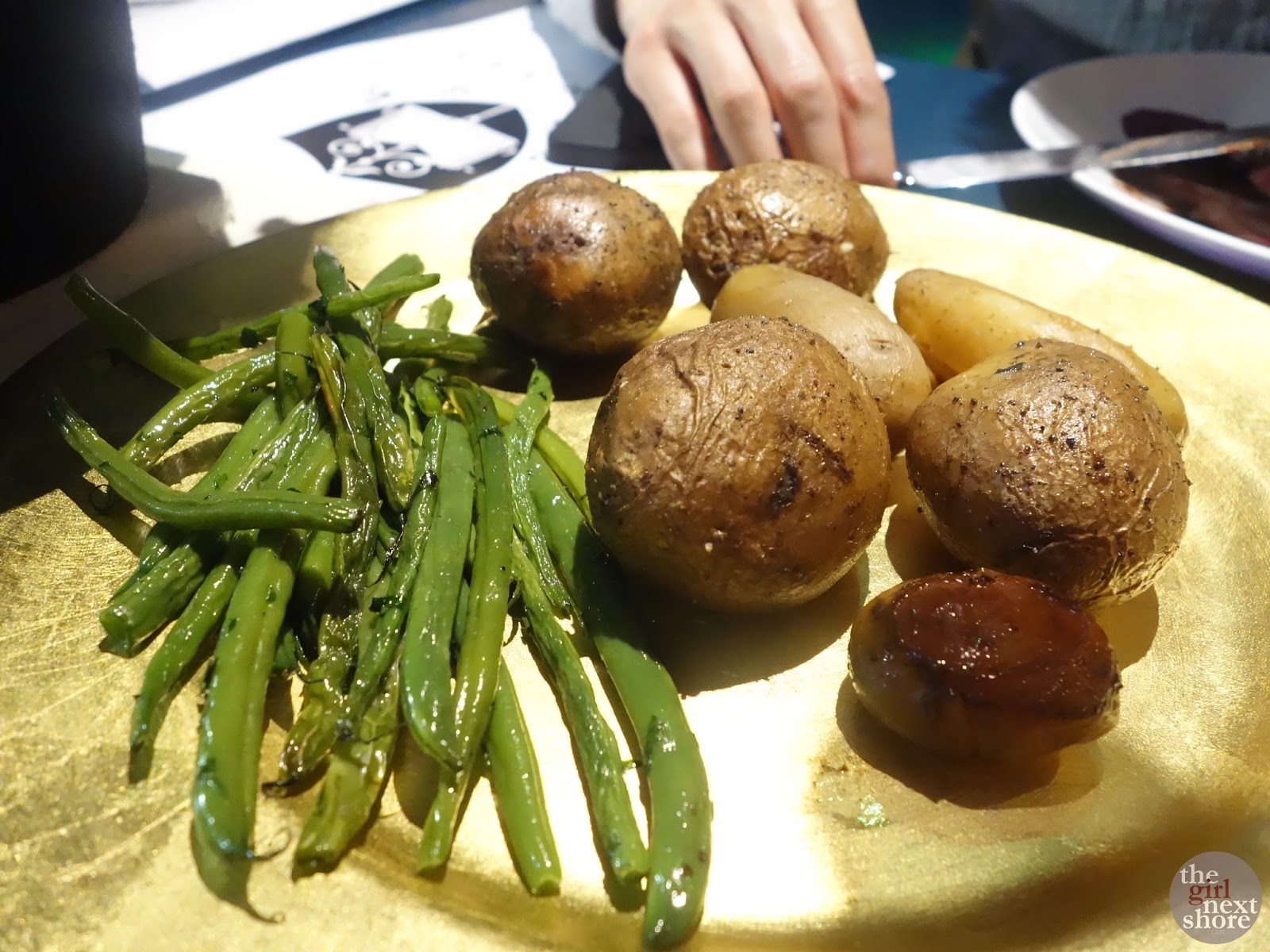 To accompany, some oven-roasted pots and French beans. 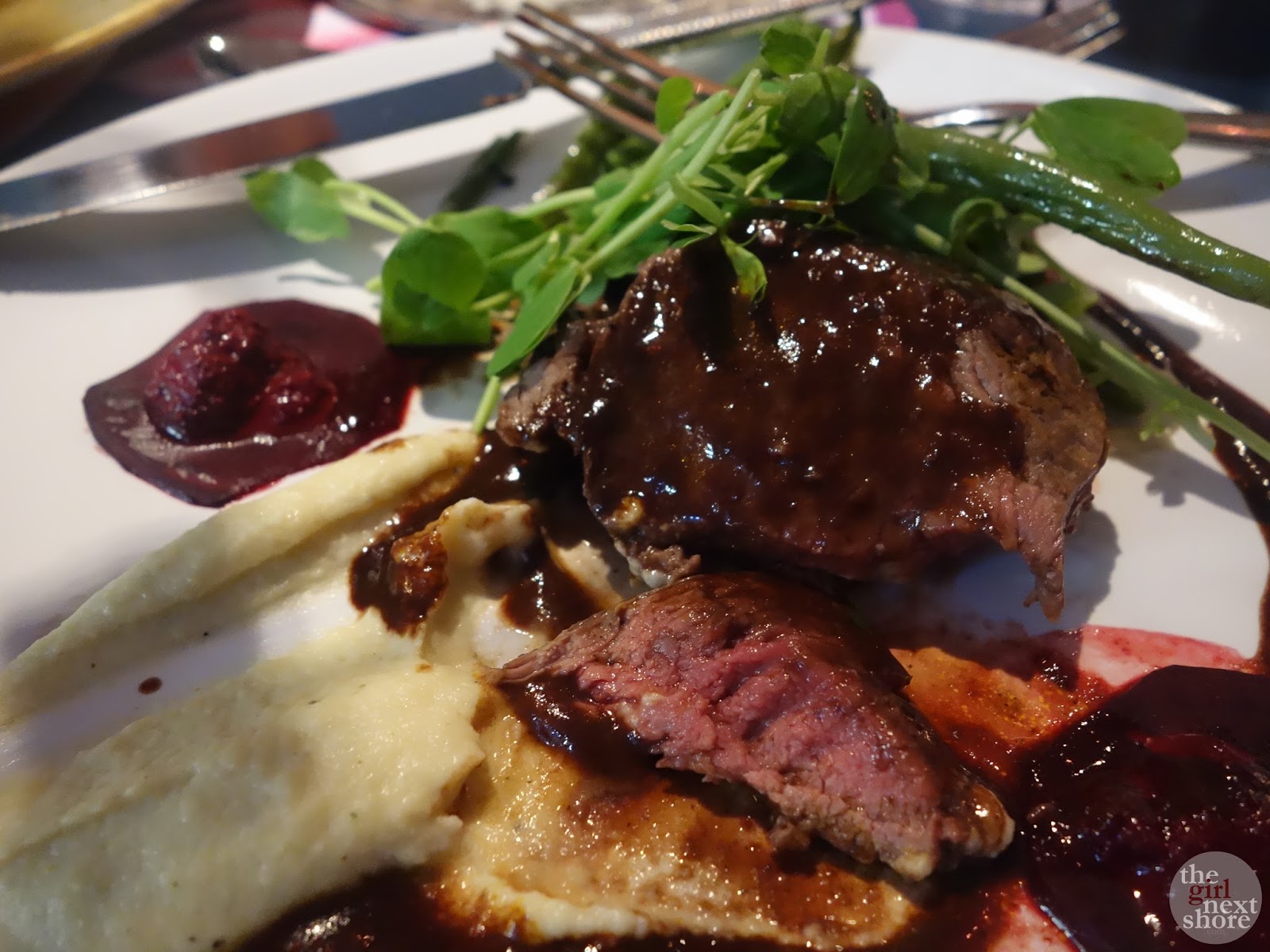 My venison was actually cooked nicely and the sauce was surprisingly light enough to balance the richness of the protein. It’s everything else that slightly put me off. Augustus Gloop was a glutton and perhaps this is why we had so much on our plate. Perhaps, like the story, the lesson here is to not be too greedy and that less is more. 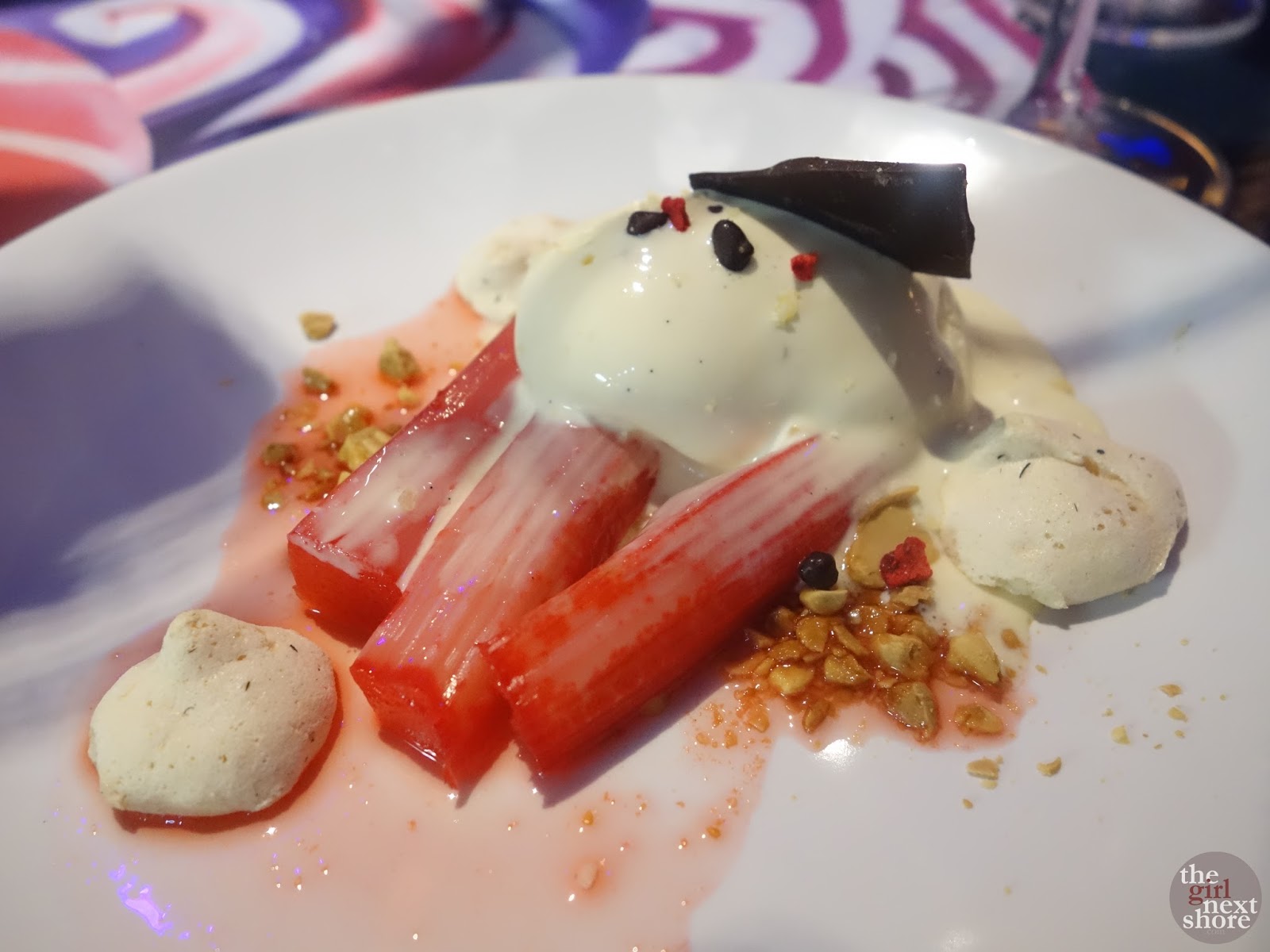 I’d hoped that dessert would be something chocolate or praline based. But equally exciting on paper was a fruity dish inspired by the bratty Veruca Salt: Poached rhubarb, toasted mixed nuts, ginger ice cream, chocolate shards. 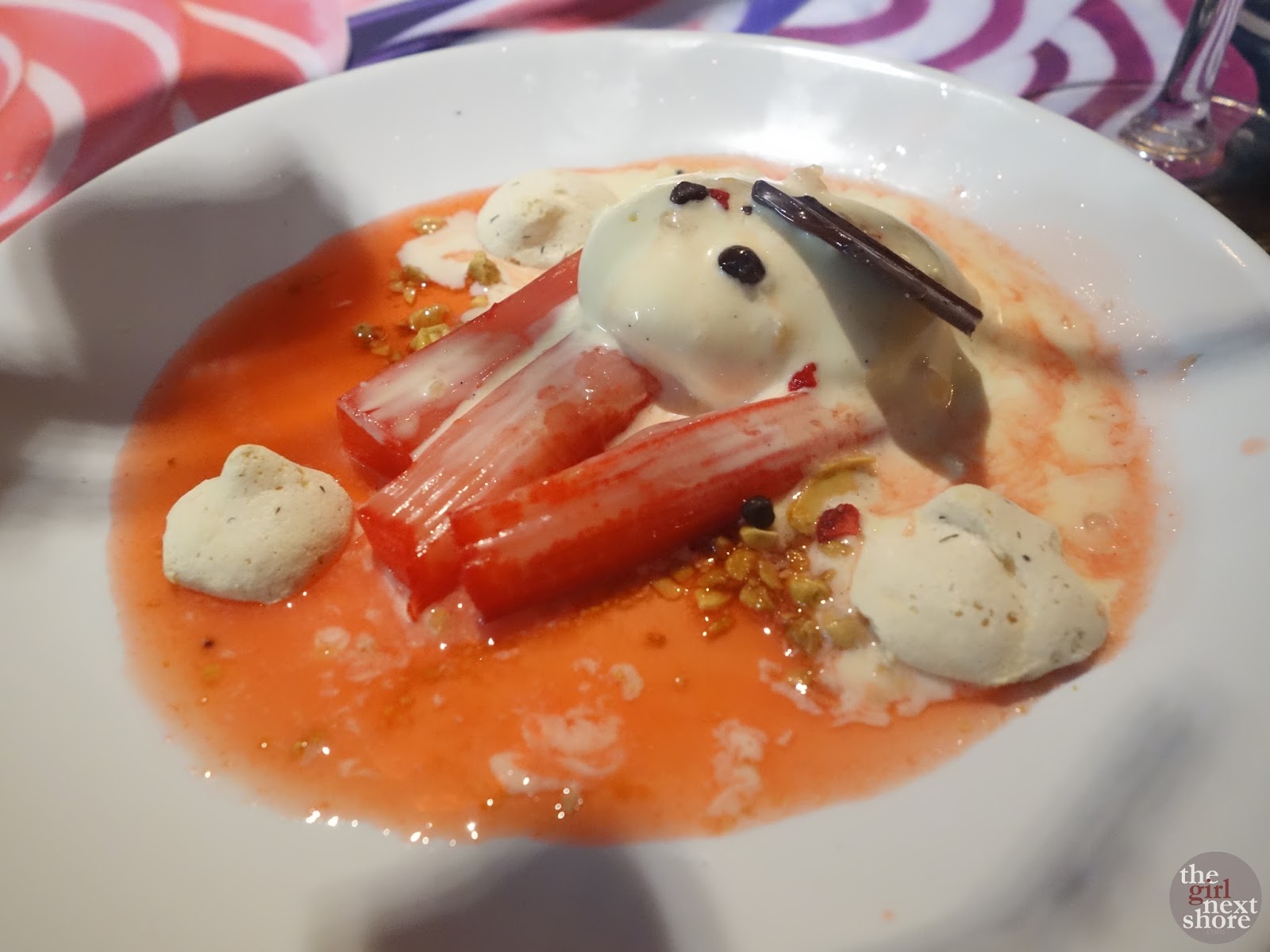 A syrup was poured into the dish, seemingly for theatrical intentions, but it lacked the wow factor I had hoped for. Highlight of the plate was the merengue pieces, which tasted well with the ice cream. 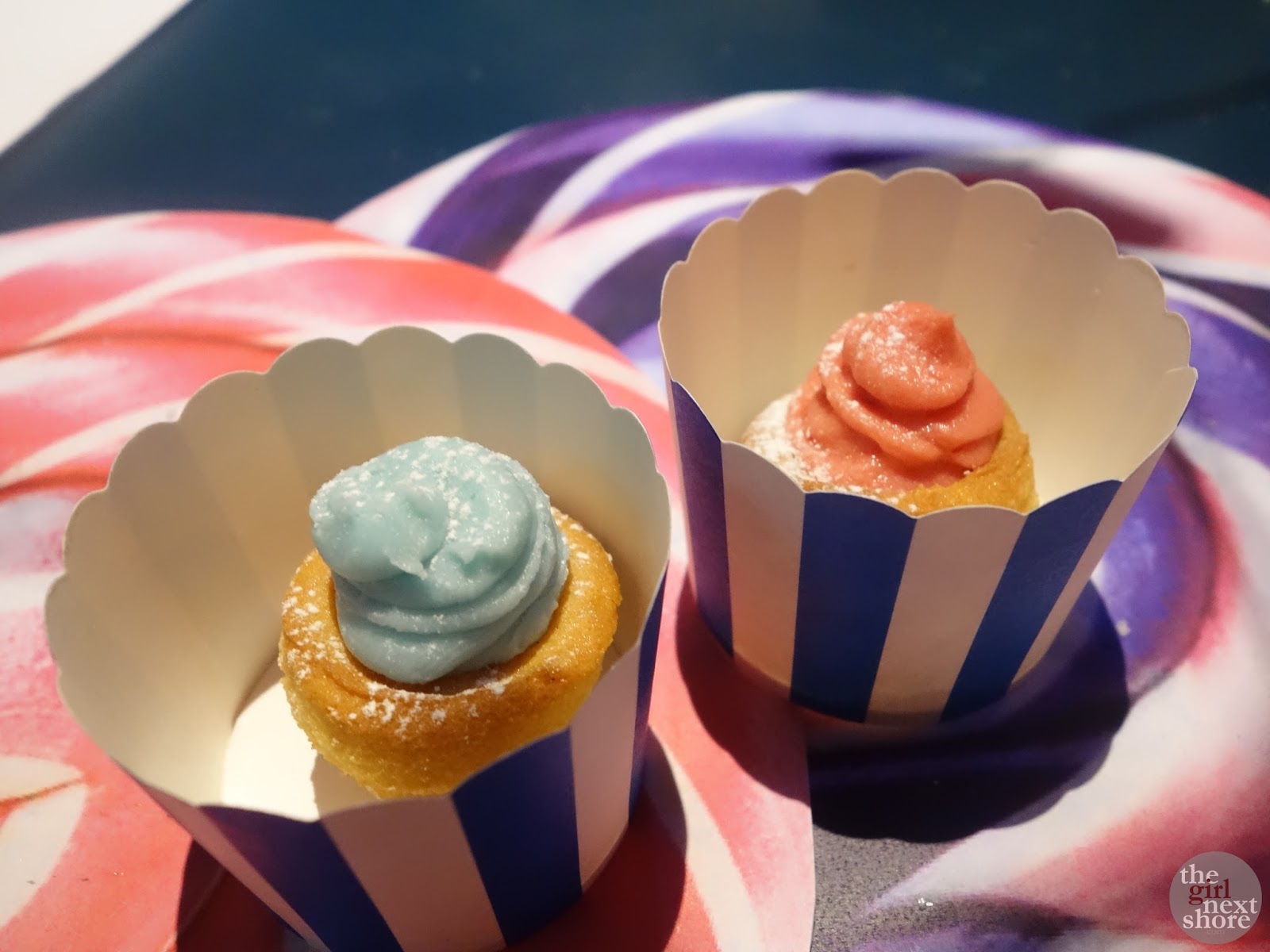 We were asked to choose our petit fours from a tray of miniature sweets. We chose the mini cupcakes to be on the safe side, but they were quite dry.

I think it’s safe to say I was a bit underwhelmed by the experience. Fair enough, it was too much to expect cracking walls made of biscuits or finding edible golden tickets under my dessert. The ambience was great and the service was absolutely fantastic… it’s just that the food, in my humble opinion, fell a bit flat and lacked the fantastic wonders brought forth by Charlie and the Chocolate Factory. No flights of fancy here, it was all pure imagination.

That said, I can’t commend the service enough by the Library staff. From the doormen to the bartenders, the dinner host to the servers… everyone gave top notch service.

Punters who have tried other Edible Stories experiences said the Les Miserables experience is much better – which is good on you lot because it’s still going on until Friday. Next week is a homage to Matilda. You can view the menus here.

Edible Stories at Library
112 St. Martin’s Lane, London, WC2N
Tickets are £45 for members and £65 for non-members.