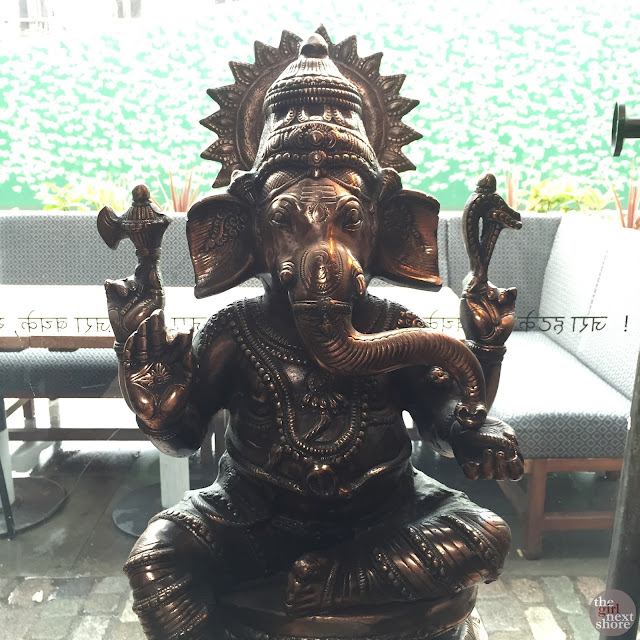 It seems that it’s almost always impossible to get into the Dishoom restaurants. Everytime I walk past the Covent Garden branch after work, the queues snake 10 miles long. For dinner. How people can wait two hours long for food, I have no idea. But I guess it is probable if you either a) have combined patience of all the saints; b) make a booking 10 years ahead; c) wait with someone who can make you forget time while drinking potent cocktails that make you forget how hungry you are; or d) know the food is well worth it. 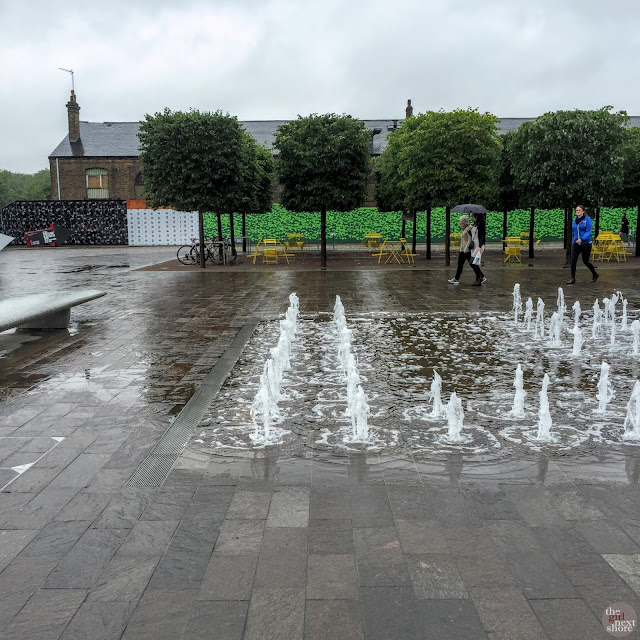 As the Covent Garden branch is currently having a refurbish until end of August, and another branch opening soon in Carnaby Street (exciting times!) we headed off to the King’s Cross branch for Sunday lunch on a grey, rainy day hoping less people had the same idea. 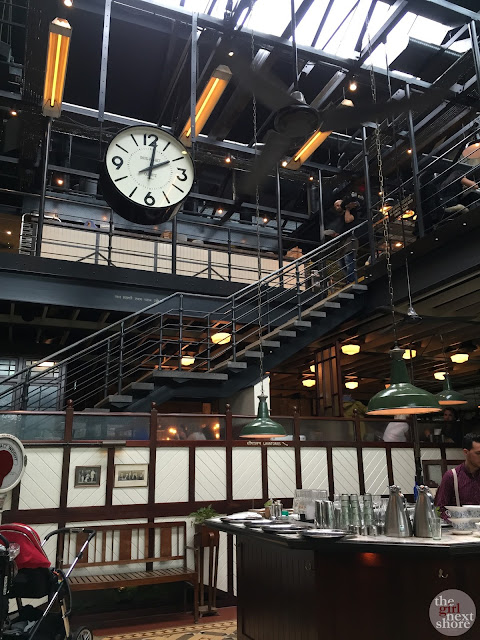 Walking into the restaurant, which is cleverly located in a restored railway shed, we were transported back to colonial Bombay when Irani cafes became prominent hotspots that somehow welcomed diversity. 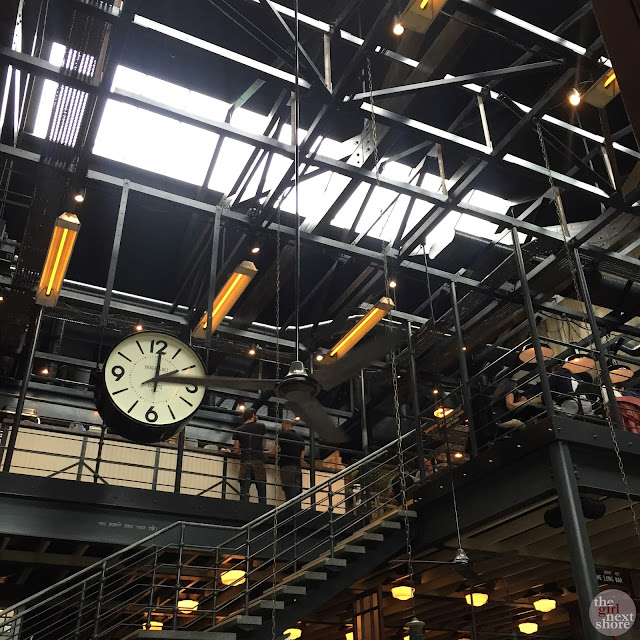 Reception told us it was an hour’s wait. At this point, my belly was going crazy but everything else was either far and fully booked. So we headed down to the bar downstairs, aka The Permit Room. 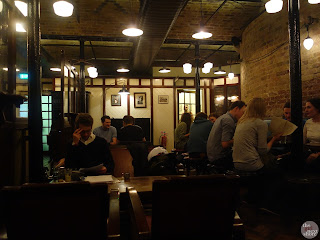 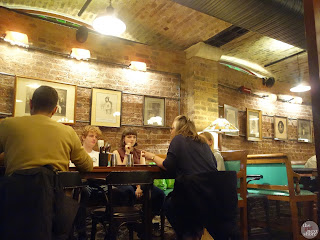 It was buzzing with Sunday arvo boozers and punters waiting to chow. The ambience was actually decent; there’s a certain je ne sais quoi about it that I liked which is perhaps brought forth by the dim lights. It wasn’t quite a speakeasy type of bar, but there was something very old school about it. 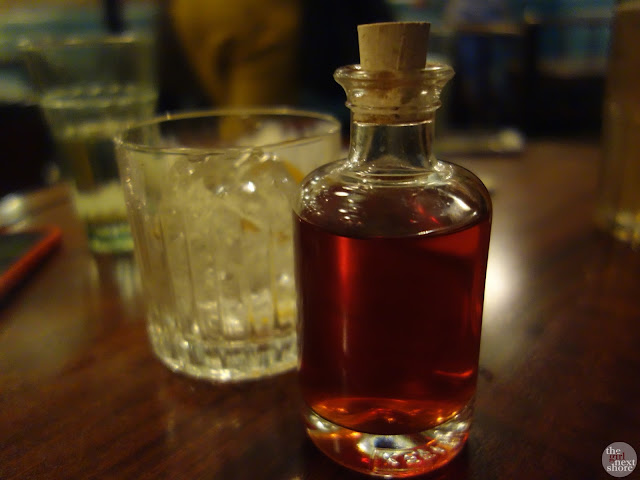 While waiting for our table, I had a Sonia’s Negroni (£9). Now I don’t know who this Sonia person is but WOW, her negroni is potent! Made with Hayman’s London Dry Gin, Campari and Dishoom’s own vermouth, it’s quite intense with a smooth finish. 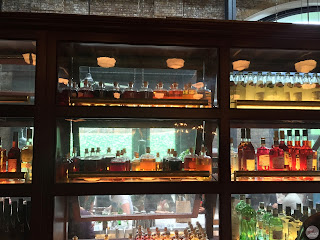 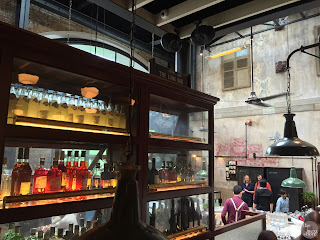 Less than an hour later, we were told our table was ready. I had a pretty decent vantage point, although I’m not sure my liver would agree. #temptation 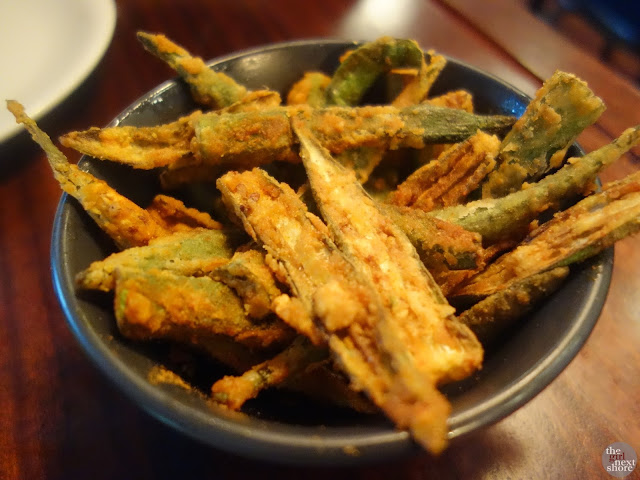 To nibble while we wait for the more substantial plates, we ordered some okra fries (£3.70). I usually have okra steamed (with an ensalada of tomatoes & onions) but these were quite a revelation. Spiced and moreish, I am convinced anything fried is your hungry belly’s friend. 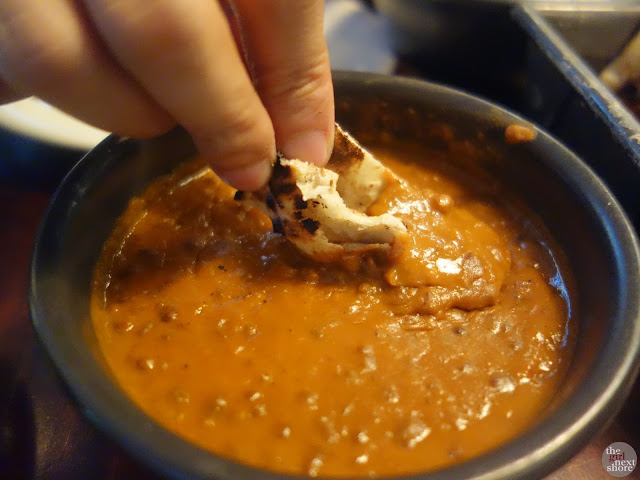 Dishoom’s signature black house daal (£4.90) is not to be missed when you visit. It’s as rich as Bombay’s history and as exotic as its culture. This is an exquisite dish that goes so well with garlic naan. 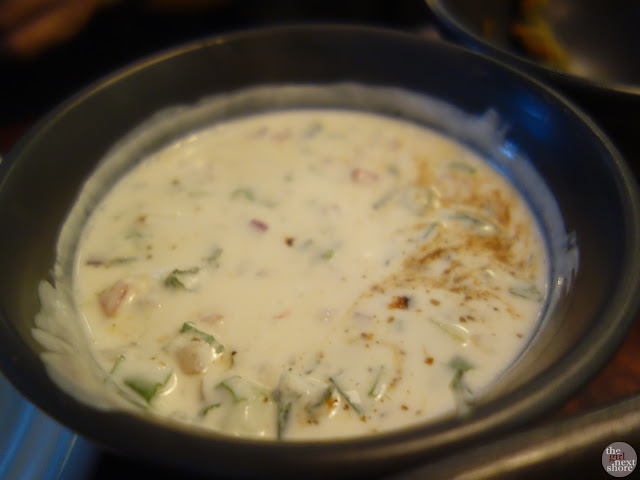 I don’t rate raita (£2.50) that much, probably cos I’ve not had decent ones. Dishoom’s (generous) serving may have changed my mind a bit. The subtlety of cucumber married well to the delicacy of that refreshingly light yogurt. 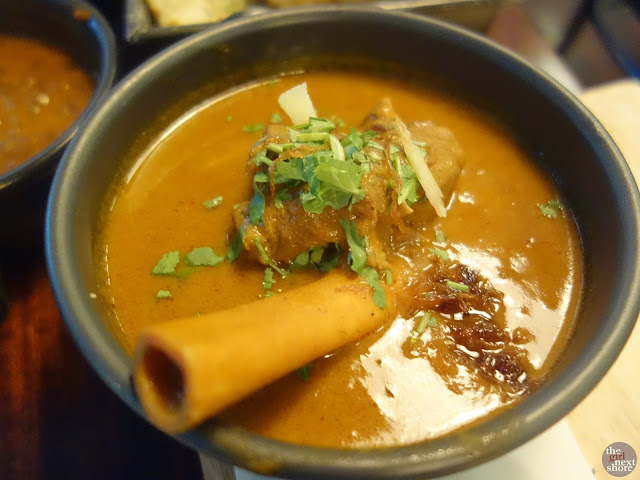 For the main event, we decided to share the nalli nihari (£17), a generous serving of lamb stew. It came exactly the way it said on the tin – a robust lamb-on-the-bone aptly spiced for strength against faintness of the heart. This was rich and delicious and I could not fault it at all. Even the damn bone was delicious. Because MARROW. 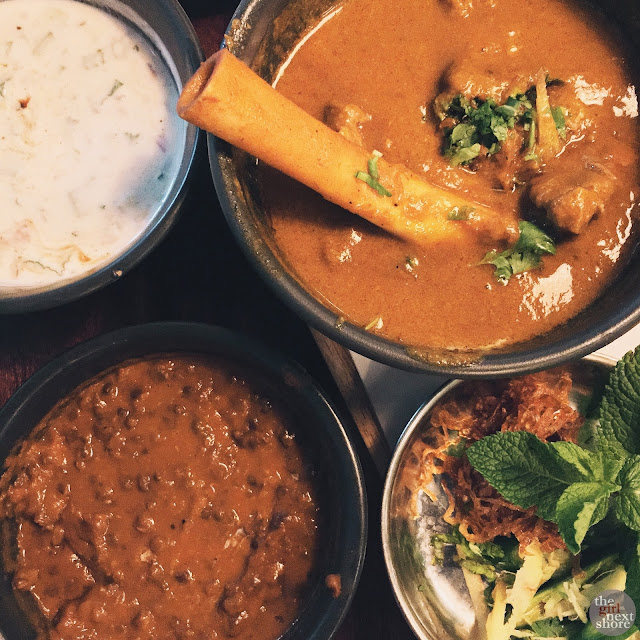 To say it was a hefty meal is an ultimate understatement. It was definitely one of the most hearty Sunday lunches I’ve had and the best thing about it? The food coma that came after.

Other Dishoom favourites I would recommend include: 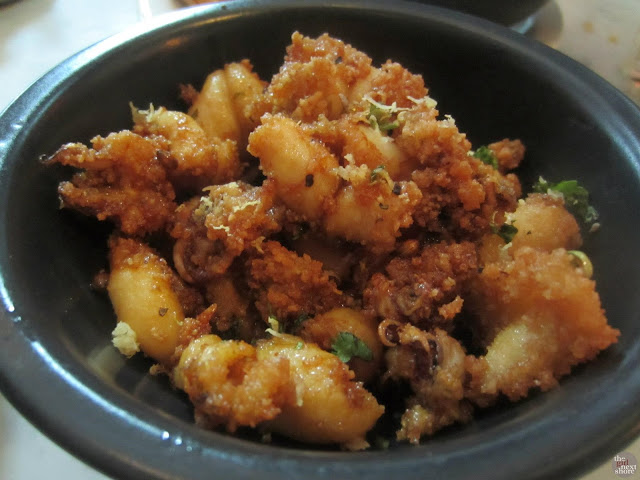 The Dishoom calamari (£5.50) is pretty decent. The squid is always tender and the spiced batter gives a different dynamic to this typical beer time eat. 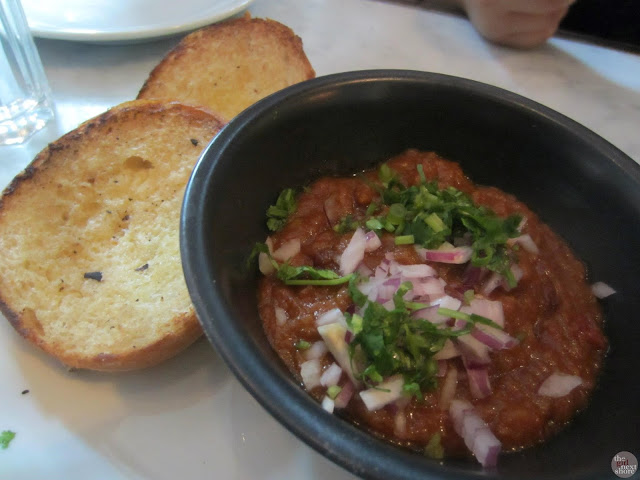 The pau bhaji (£3.90) is quite good for lunch, especially on Meatless Mondays. It’s a hearty bowl of spiced mixed and mashed vegetables that you eat with a buttered bun. It’s rich in flavour, and very delicious. 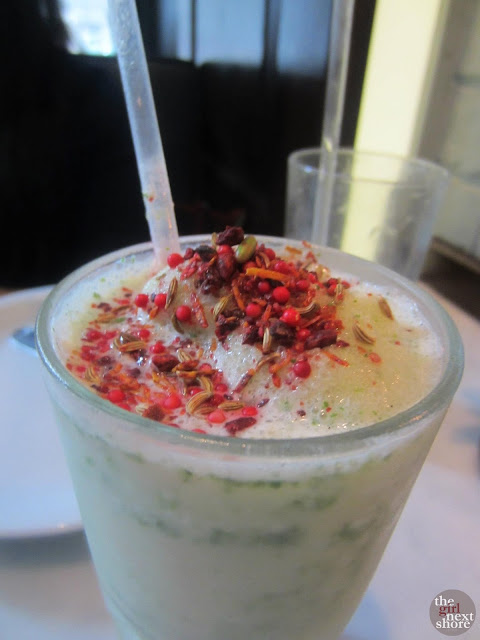 To cool down, I would totally go for the rose & cardamom lassi (£3.70). This really brings the subtle yet distinct flavours of Bombay and it does a good job of keeping you refreshed after devouring all that rich stuff.

Dishoom is definitely a trusty establishment that’s shown Londoners how modern Bombay classics could be (purists may argue the concept, but I doubt they can argue it’s decent food). I doubt the queues are a testament to its offering but I have to admit, it’s made me want to try more Indian food!

The Covent Garden branch re-opens on Monday and the Carnaby branch opens this Autumn.