With a lot of new concept restaurants opening (and closing) every ten minutes it’s important to note that Russell Norman’s Polpo bacaros have been established players in the London dining scene. The case of Polpetto (formerly of Dean Street) re-opening in a much larger space (Berwick St) and having punters still queue for fare should be a testament to that.
So what’s the formula? 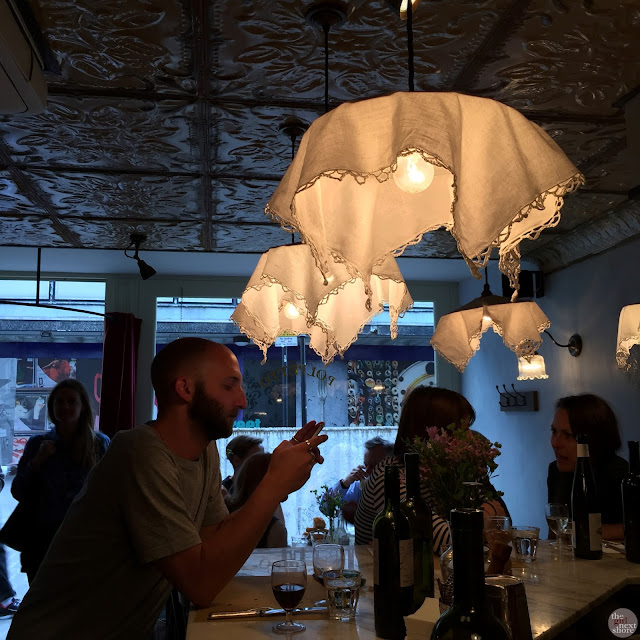 Honestly, I think it’s down to simplistic feeding. The menu at Polpetto changes through seasons but they keep it short and simple: no fancy shmancy names, just laying down the ingredients as they are. 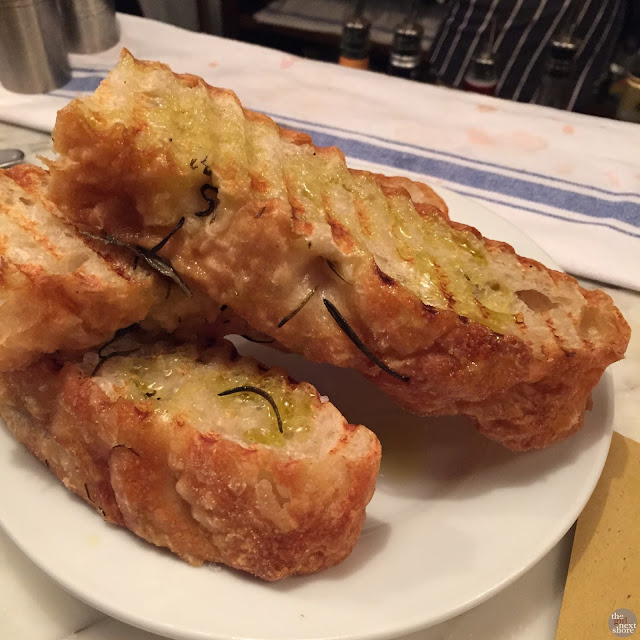 The grilled focaccia (£3) is quite special. Drizzled in the most aromatic olive oil and infused with rosemary, I would happily eat a week’s worth of carb intake with this. 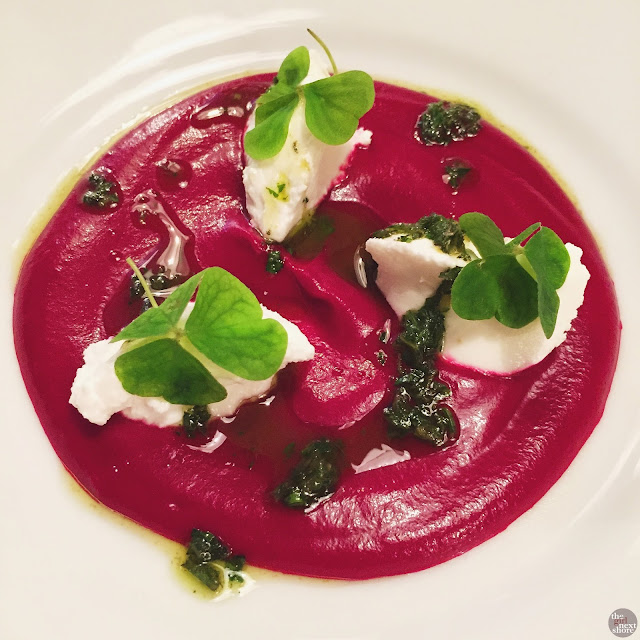 Beetroot purée (£7) combined with its classic partner of goats curd and a bit of wood sorrel served as a dipping sauce for our bread. The purée was ever so smooth and it was so fresh you can taste the beautiful flavours of the beets. The goats curd was punchy and added an extra layer of creaminess to the dish. YUM. 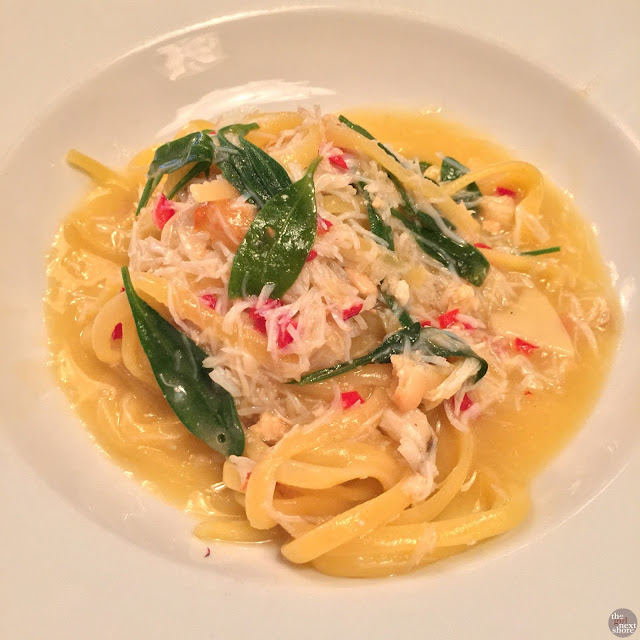 The crab linguini with sea purslane (£8) was just average. Pasta was cooked al dente and there was enough to keep you going. There was a decent amount of crab meat but the flavour profile lay heavily on the sauce and I couldn’t taste the shellfish at all. 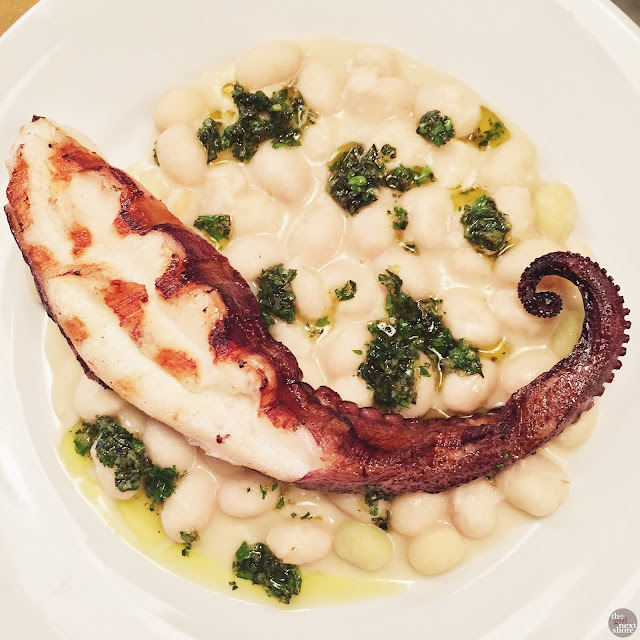 The octopus (£9) was simply stunning not just visually, but also delectably. The lone tentacle was cooked so well; my knife sliced through it like butter as it was ever so soft, tender and flavourful. The coco beans were subtle enough but complemented the dish perfectly. If you have friends who are partial against octopus, you may as well convert them by offering this. 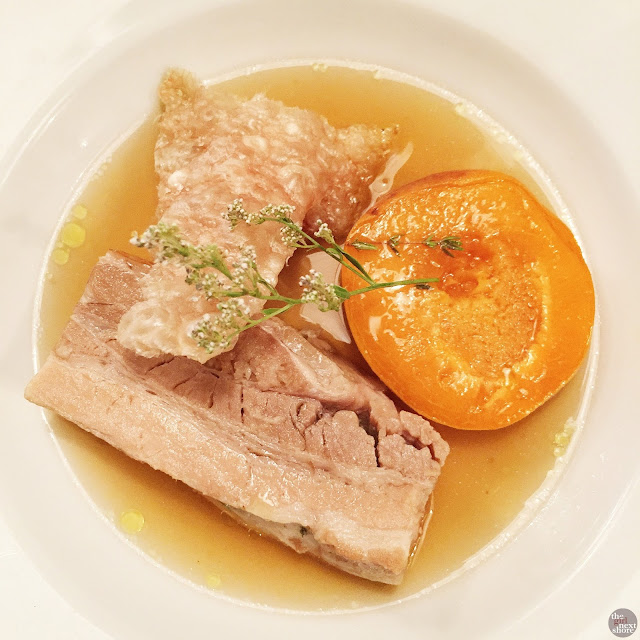 An interesting dish was the pork belly with apricot and pepperwort (£9). Served in a clear broth that had a slightly sweet-sour tang, it reminded me ever of a Filipino dish called sinigang, a stew usually made with a souring ingredient (most commonly tamarind but also miso or guava). Polpetto’s version was slightly sweeter due to the apricot but the pork was soft and the bonus of crackling was just ace. 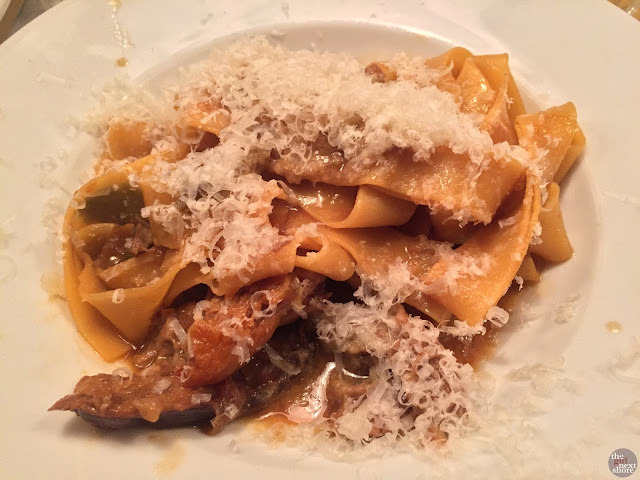 Surprisingly, a big highlight for me was the lamb shoulder pappardelle (£11). The meat was tender and the ragu it made was seasoned perfectly. Al dente pasta always hits a good spot and this was no different.
Overall, I think Polpetto is my favourite of the Polpo group of restaurants. The food truly is in the heart of the establishment and this is a food philosophy most nouvelle cuisine places tend to forget: don’t fix what ain’t broken and keep it simple. Food is stunning and service is straightforward. A true testament that there is beauty in simplicity.
Polpetto
11 Berwick St, London W1F
Ave spend pp: £40
Follow them on Twitter