If you remember, Aftab and I first met at Bob Bob Ricard to “celebrate” his birthday. So when he invited me to try the new menu at Palm Court at The Langham to “celebrate” my birthday, I accepted. 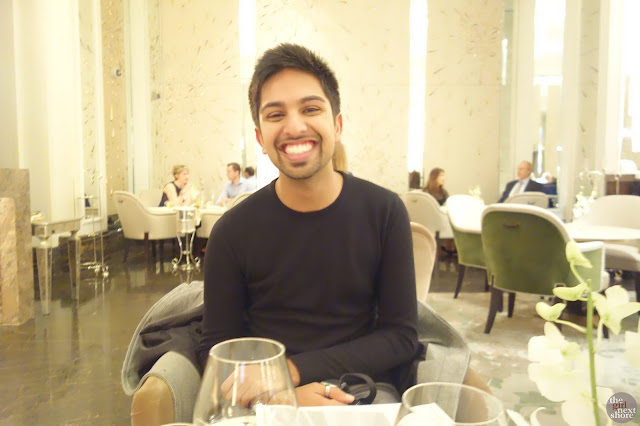 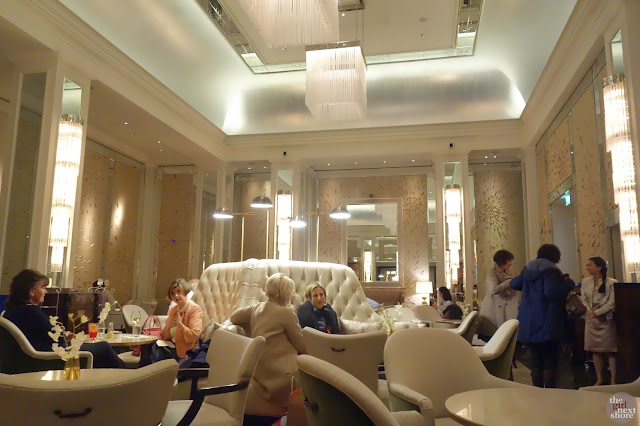 I used to go to Palm Court a lot ages ago for afternoon tea but I’ve never been there for an actual meal. The place is super elegant, with neutral hues and subtle lighting. The simple centrepieces of white orchid was such a nice touch, it made me feel rather giddy and womanly. 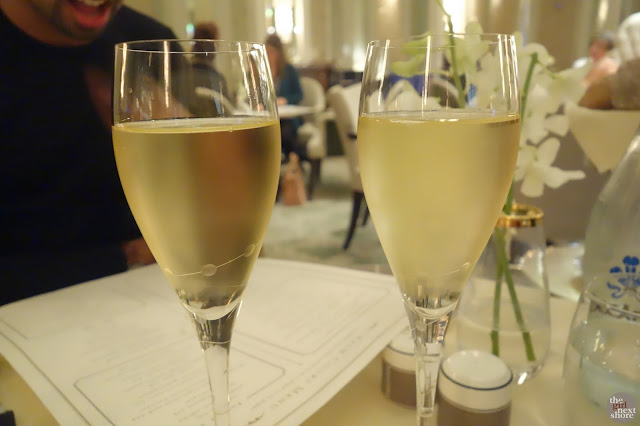 First up, we were offered as much champagne as we wanted. Our server came with a magnum Laurent-Perrier Brut and I hungrily said “Yes, please!” How can I say no to champagne? It’s my favourite tipple after all. 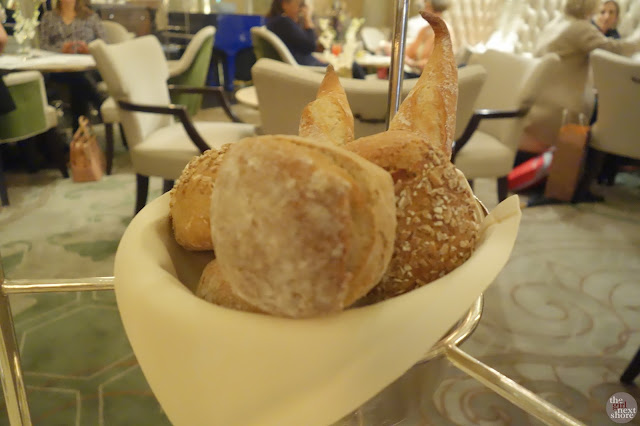 Then some beautiful bread (damn you photography skillz) appeared next to our table on which whilst nibbling, we learned that the new menu is developed by Executive Chef Chris King in partnership with Chez Roux. We excitedly perused the menu with some classic suggestions in mind. 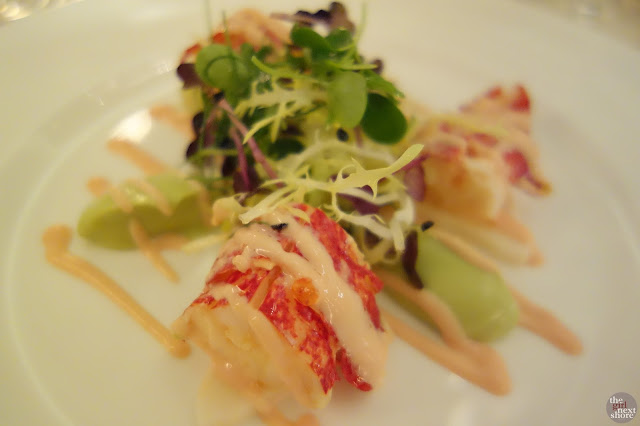 I ordered the Palm Court lobster salad, which was a rather pleasant start to the meal. The lobster lies on a bed of avocado mush and is served with some greens and classic sauce Marie Rose. 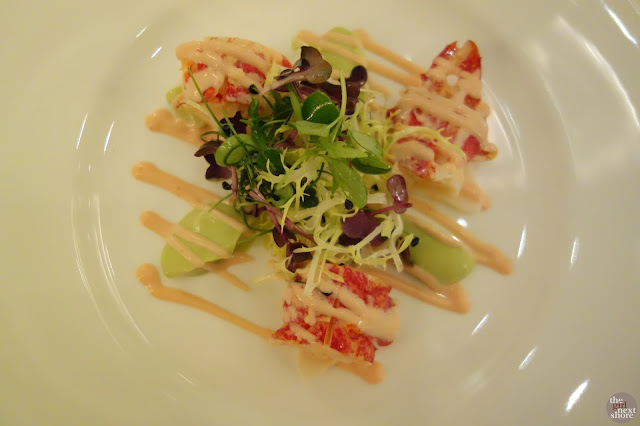 It was light and delicate but the natural sweetness of the lobster came out. The dish was possibly the highlight for me, so much so that I managed to convince Aftab to try a little even if he didn’t really eat seafood. 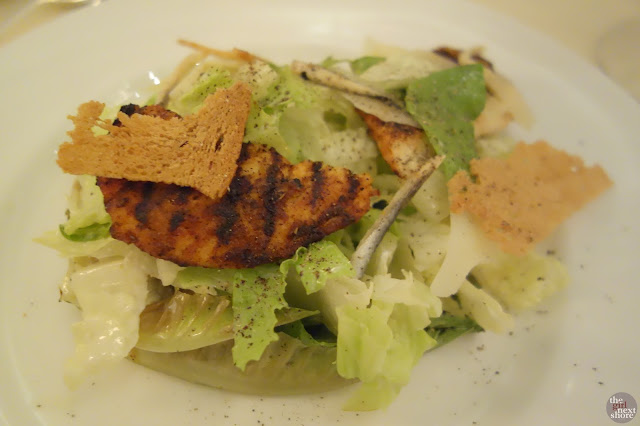 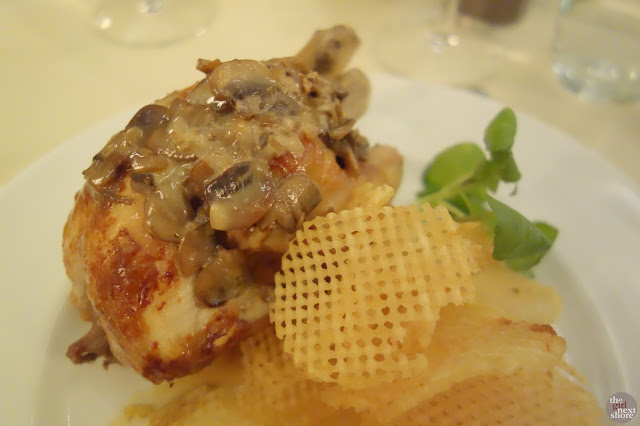 For mains, I opted for the poussin cheekily in honour of Aftab’s crispy chicken order when we met at Bob Bob Ricard. It was served with criss-cut chips and a mushroom gravy. 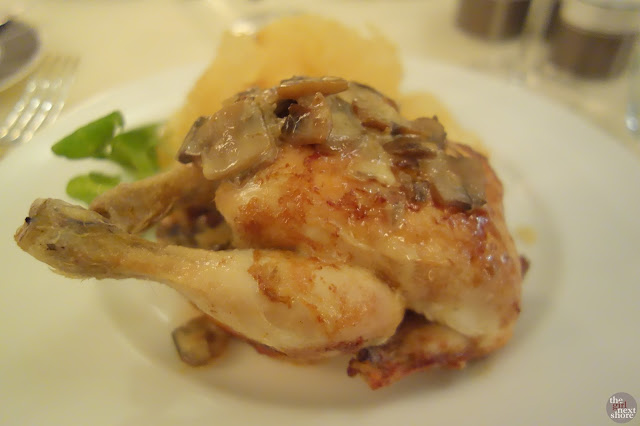 I thought this won the baby chicken fight (sorry BBR) as it easily tore off the bone. It was juicy and succulent, however I wish they had a separate sauciere for the gravy as there was only a little bit of it on the poussin. 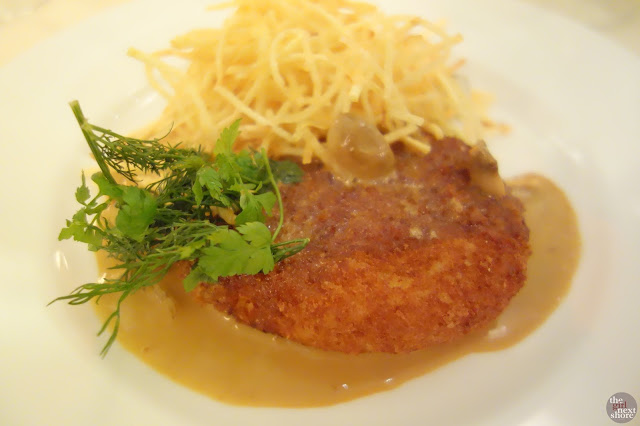 Aftab ordered the chicken pojarski with matchstick potatoes (you know, like those Pik-Nik crisps?). Pojarski is similar to a chicken kiev, with ground chicken made into a patty, battered then fried. It originally came with sauce diable but Aftab asked for a creamy mushroom sauce. I thought it was okay, but I’ve had better. 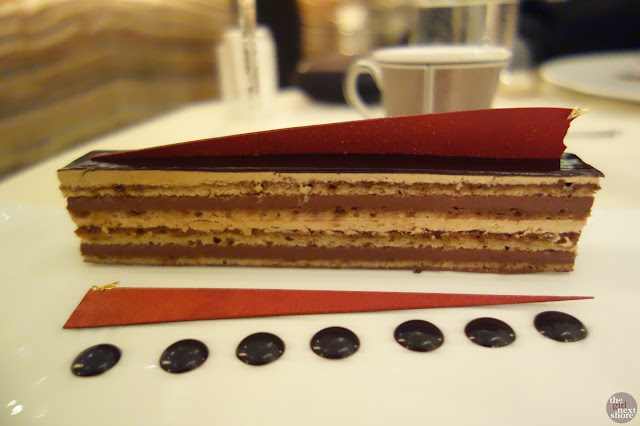 For dessert, I ordered the Opera slice with espresso reduction. This was dreamy and as beautiful as heck and the layering was picture-perfect! It was sophisticated and the balance of flavours showed some restraint, aptly the way an extremely talented opera singer would do. 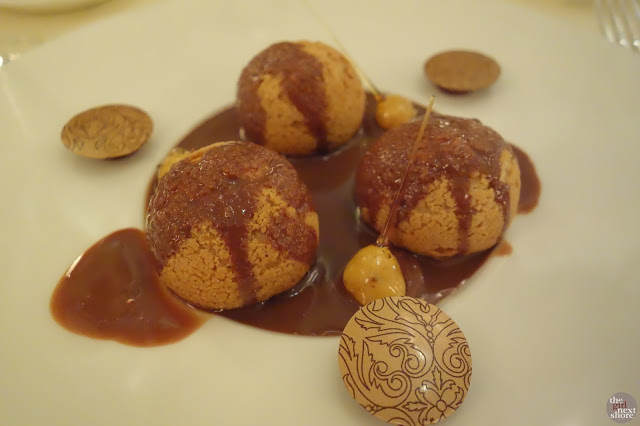 I’d give Palm Court top marks for service and ambience, as it’s a really nice and cosy spot to lounge at. The new menu has a lot of potential with its offering of classic favourites. With a little bit of tweaking, I’m sure it could be totes amazing.

Palm Court at The Langham
1C Regent St, London W1B 1JA
Our meal was complimentary but average spend per person should be £60.