Walking the streets of Milan can really work up your appetite.
Now as fab as it is Italy’s commercial/industrial and shopping hub, I don’t particularly rate the city as the country’s best foodie destination (IMHO). However, it’s still peppered with pretty good fine dining (and Michelin-starred) restaurants, independent and brand-laden cafes and watering holes, and absolutely bang for buck bistros that might just surprise you.
Like Ristorante Papa Francesco. 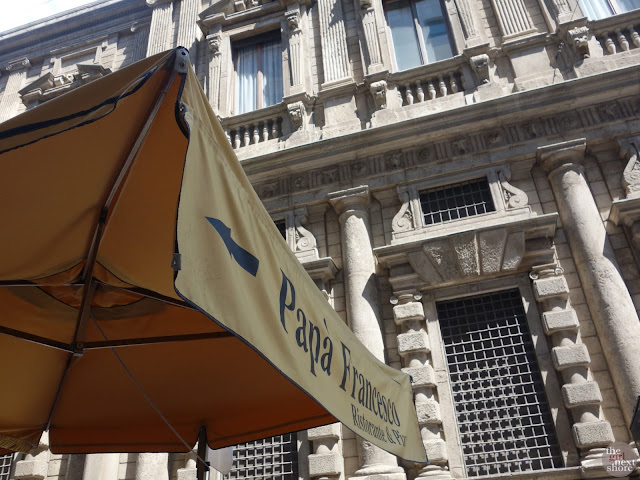 It’s a family-run restaurant that’s been around for yonks near the Duomo and next to Galleria Vittorio Emanuele II. They offer a lot of Italian favourites from pasta to risotto to pizza to Milanese-style dishes. 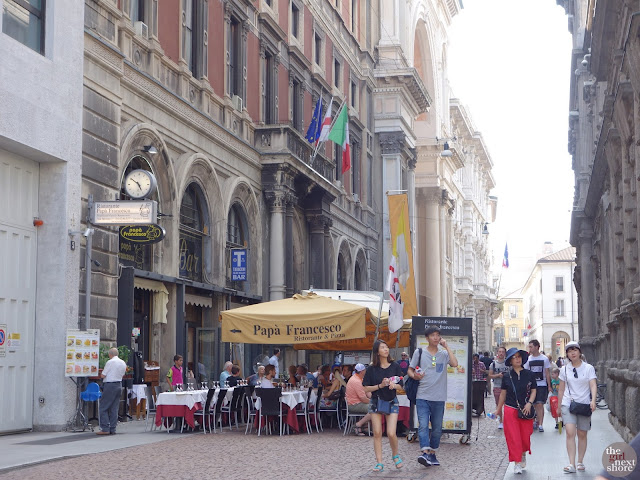 We had definitely burnt off all the gelati we’ve consumed after our morning walkabout so when lunch time came, our bellies were screaming for grub. Passing by the Galleria for the nth time to find food sanctuary, we noticed a server cooking the biggest steak next to some diners’ table. Lulled by the aroma of meat, we sat on one of the tables and said we wanted the same thing. 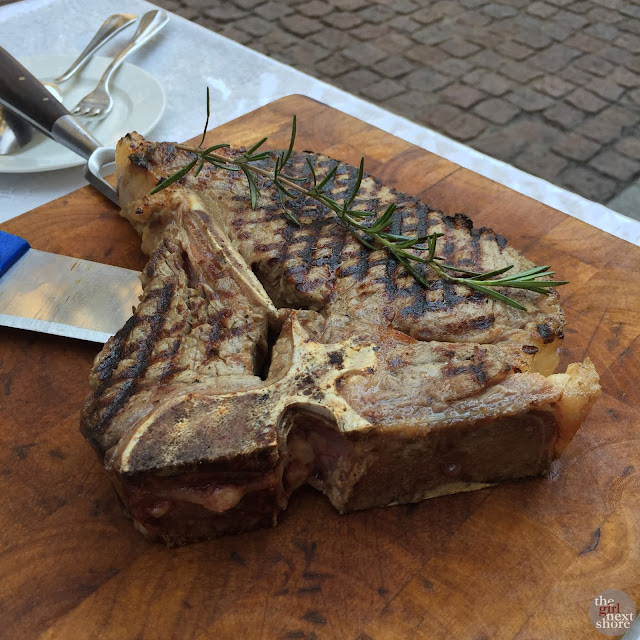 We ordered an 800g t-bone steak (although the fillet part was so meaty it could’ve almost passed as a porterhouse). At €11 per 100g, this was such a bargain for two people to share. 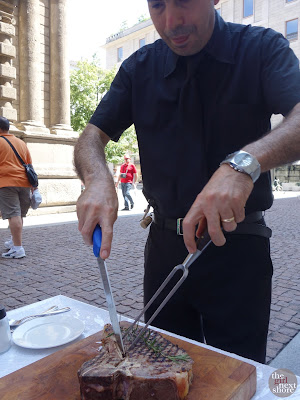 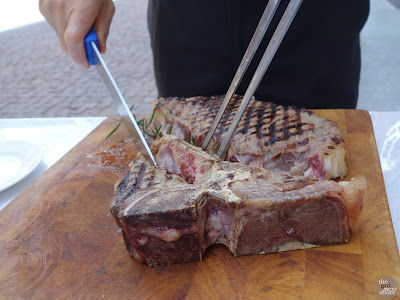 Table-side theatrics started when our server came to dissect the massive chop of steak. 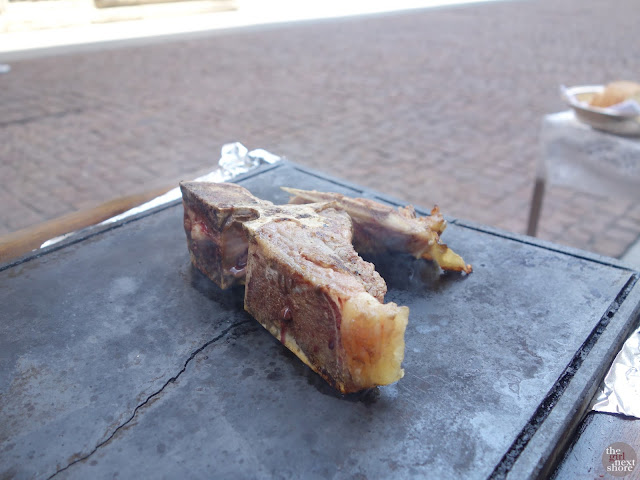 He throws the main bone onto the flat top grill. I’d usually just discard this part away but what I’ve learned after this meal is that there’s nothing more indulgently, sinfully satisfying than having steak fat burnt to a crisp (clogged arteries be damned). 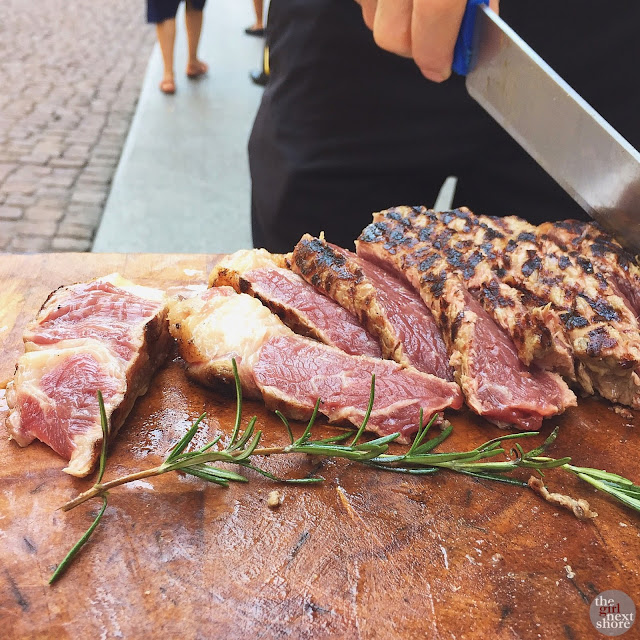 He then cuts the meat into beautiful strips ready for us to pick and cook the way we like it. 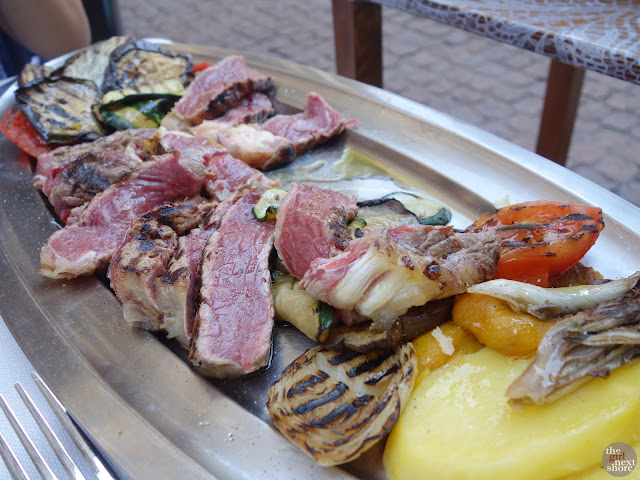 Served with a variety of vegetables which were surprisingly still fresh when we had them. 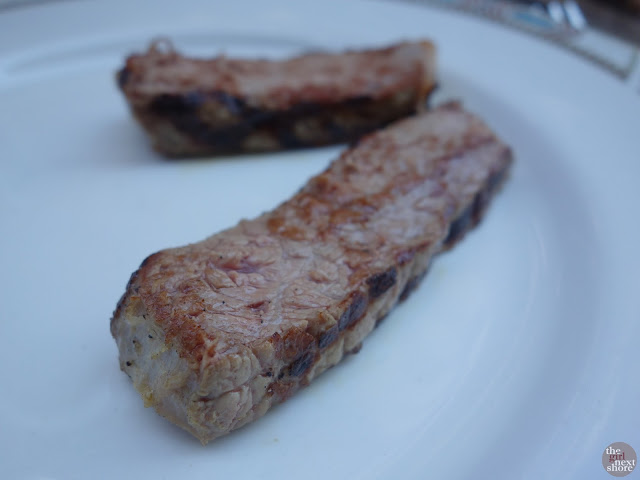 The meat was super delicious on its own; tender, perfectly seasoned and potently addictive. I’m not one for steak sauces so this was pretty much an A-lister. However, when I dipped it onto the restaurant’s homemade olive oil… #mindblown. 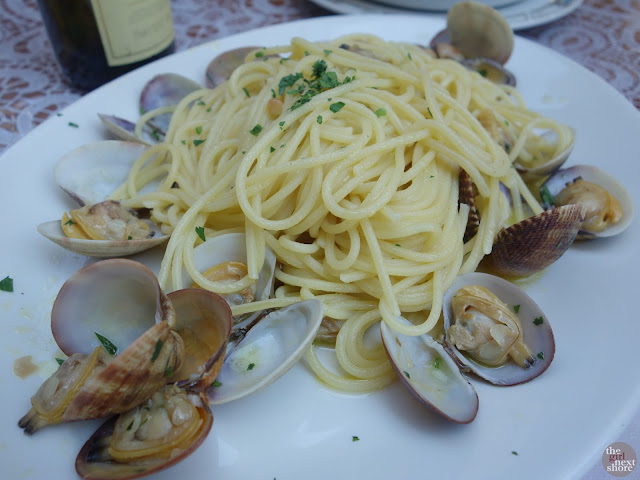 For a balanced meal (har har) we had to have some carbs. I ordered the spaghetti alla vongole (€18) which came aplenty. The pasta was perfect and the clams were good. I just wish it had a little bit more seasoning and garlic oomph. 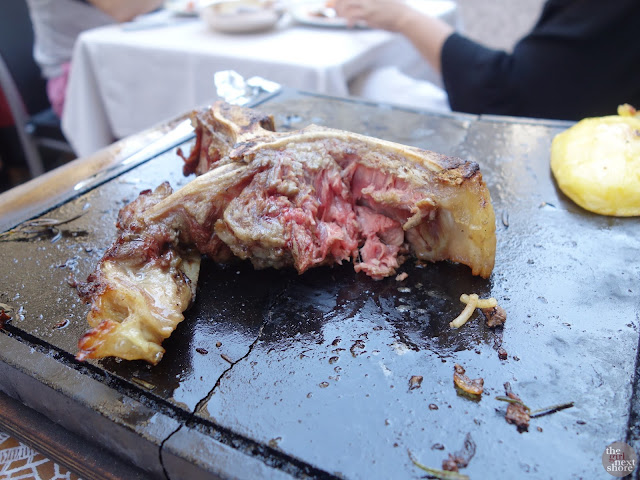 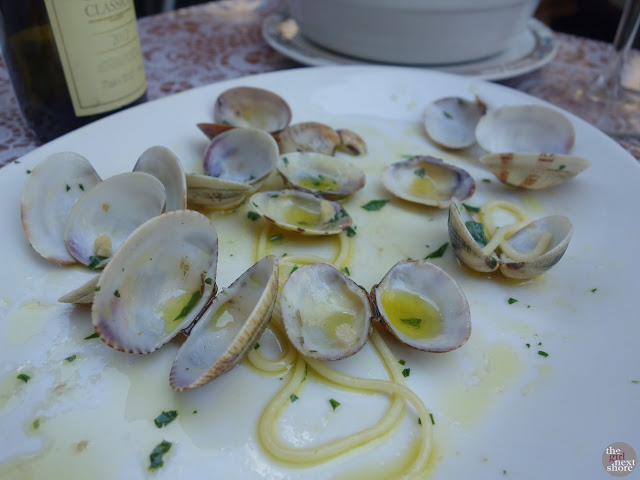 Nonetheless, two hungry people managed to finish half a bread basket,  an 800g steak (and all the veggies), a plate of pasta good for three, and half a bottle of beautiful Barolo. An astonishing testament to our belly capacity but also to Papa Francesco’s good food.

Overall, Papa Francesco was a pleasant surprise. Service was excellent and warm (which I find true in most family-run restos) plus we really had a great meal. You’d think it’s a tourist trap with its location (and maybe it is) but I guess even in a stylish city like Milan, you should never judge a restaurant by its table covers.