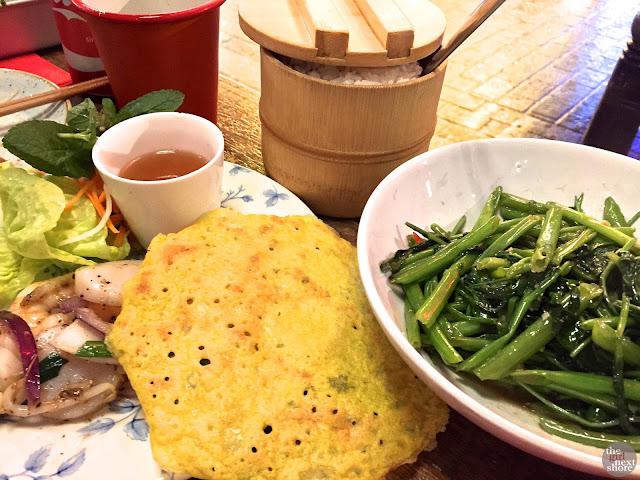 I’ve heard a lot about Viet Food in Chinatown from fellow food bloggers so I thought I’d try it out with my friend B. The only seats available were at the counter by the windows facing the road. We were cool with that because the restaurant goal was “bringing modern Vietnamese food to the streets of Soho”. However, it did become slightly awks when passersby stopped and stared at the menu which was placed in front of us.
Anyway. Let’s get on to the food. 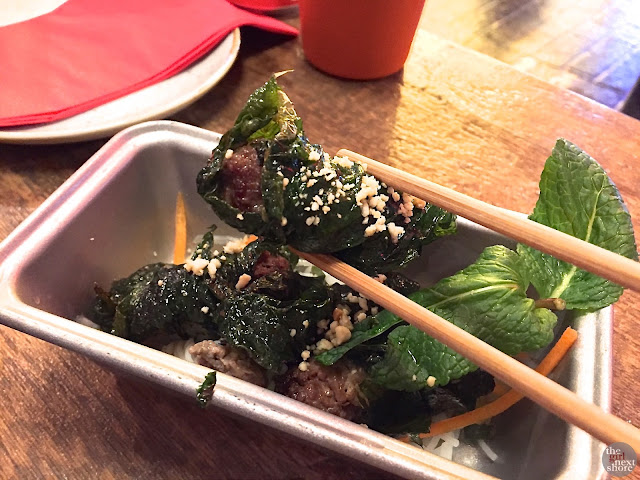 The cha la lot (£5) came first. It’s grilled minced beef wrapped in betel leaves and topped with crushed peanuts. They were quite generous with the beef which was seasoned well, but it didn’t really move me. 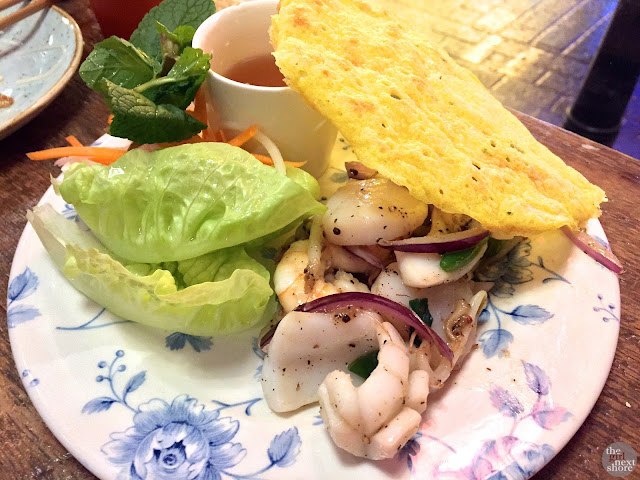 I do like a good banh xeo so we ordered the Vietnamese pancake with seafood (£6.50). Unfortunately, I was rather underwhelmed with Viet Food’s offering. Too much seafood (which was rather underseasoned) and too small a pancake. Perhaps it’s the street food element of it all but I just thought it could’ve been better. 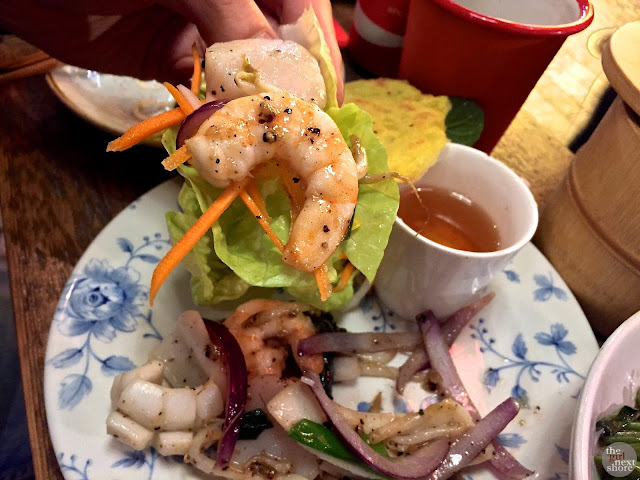 It was still rather fun to eat, though. 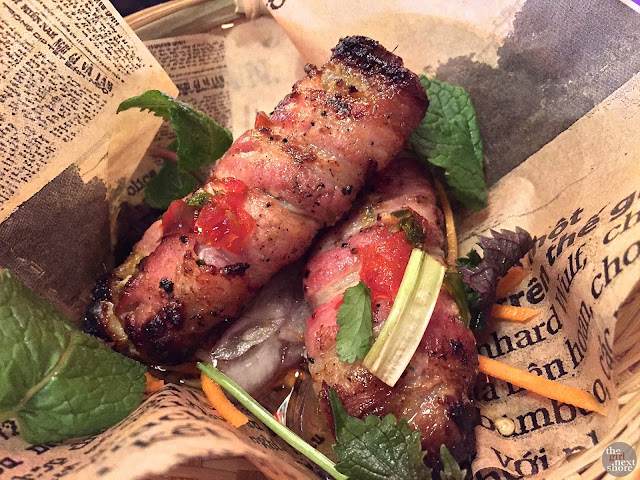 I could not have said no to the grilled pork ribs wrapped in bacon (£7) because hello?! Ribs and bacon maketh a happy tummy, non? Unfortunately, I found the flavour rather uninspired. It was also swimming in a small puddle of oil which was rather off-putting. 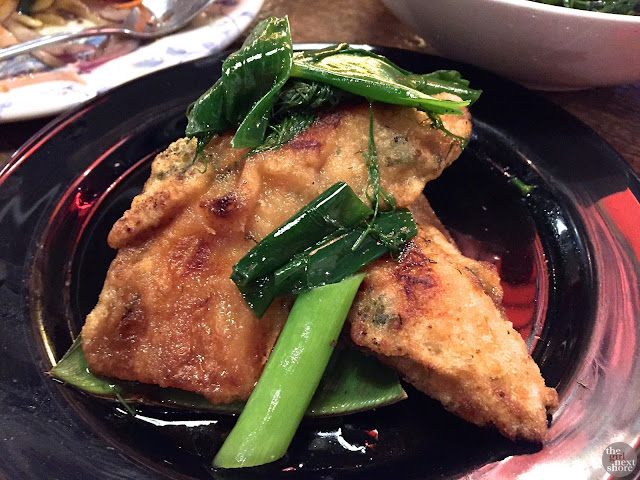 The seabass in banana leaf (£8.80) fared better, even though it wasn’t what we were expecting – we thought we were having fish fillets wrapped in banana leaf, rather than fish fillets coated in batter atop a banana leaf. In short, a rather Asian take on fish and chips sans chips. The fillets were flavoursome enough and the coating had some sort of spice mixed into the batter. 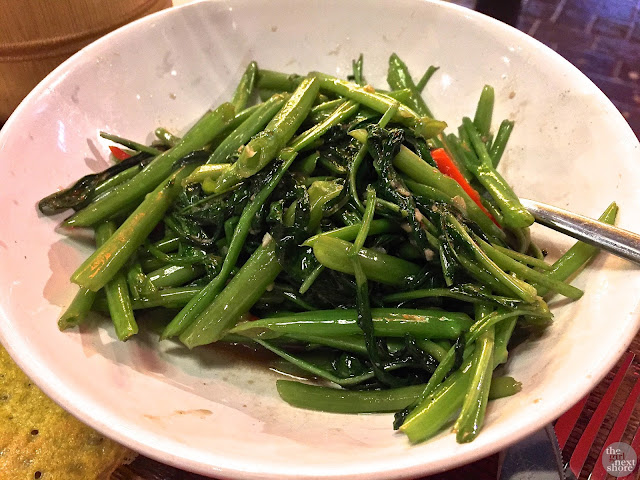 The surprising highlight of the meal was actually a simple dish of morning glory sautéed in preserved shrimp paste, garlic and chilli (£). The veg was fresh and crunchy and garlicky. The shrimp paste gave it a nice salty touch, but not overpoweringly so.
Overall, my experience was not as great as I had hoped due to the food, which is rather unfortunate. But I can’t fault the service and interiors were quite cool – B and I both agreed it was a Soho/East-London restaurant hiding in Chinatown. That said, I’m not discounting the potential of the restaurant as chef/owner Jeff Tan has undeniable talent. I’m not particularly racing to go back, but I’m sure I will.
VietFood