The last time I went to Chisou, I wasn’t particularly moved. But as life comes with second chances, I decided to give it another go. And then another.
And I’m so glad I did. 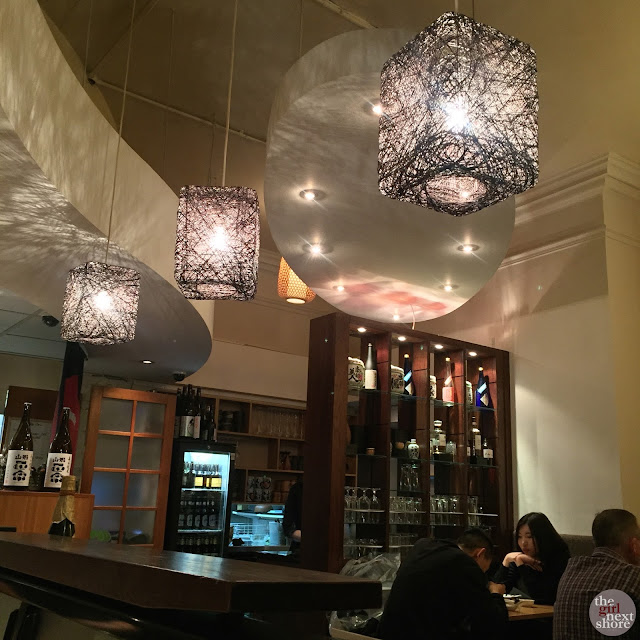 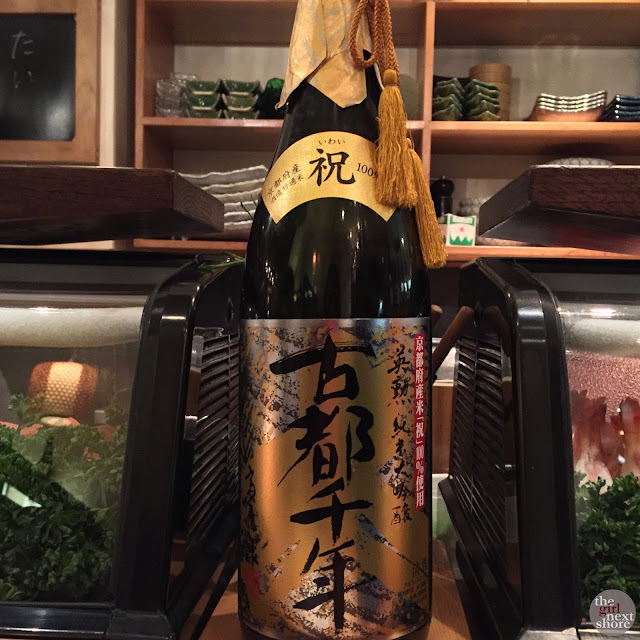 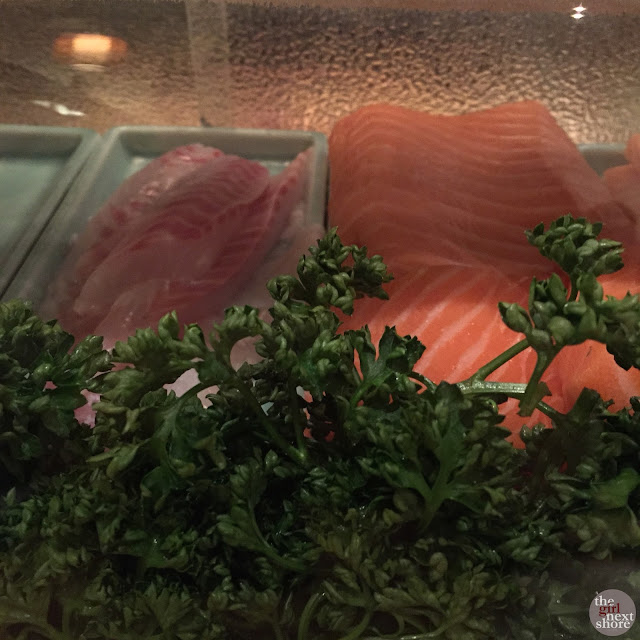 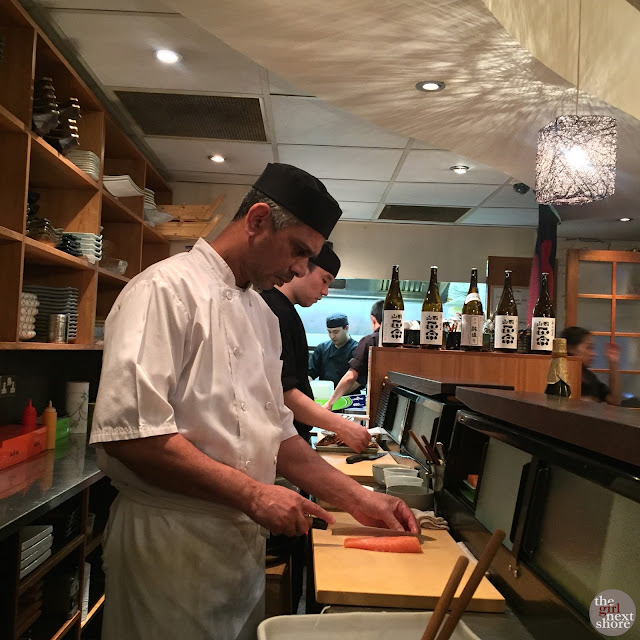 I’ve come to realise that sitting by the sushi counter actually makes a difference to the dining experience. It’s a bit more interesting to watch the sushi chefs prep your meal. 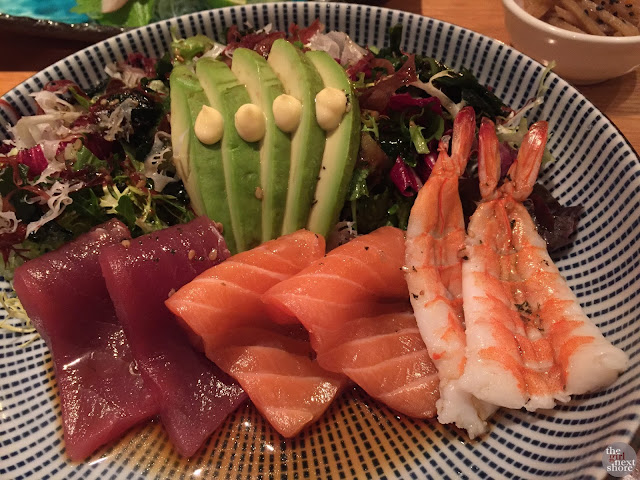 The sashimi and avocado salad (£12.90) is as healthy as you can get. Generous slabs of tuna, salmon and prawn lie on a bed of mixed greens and avocado topped with dollops of Japanese mayo (KEWPIE!) and Japanese vinaigrette. This is a really good lunch, if you’re in a hurry. 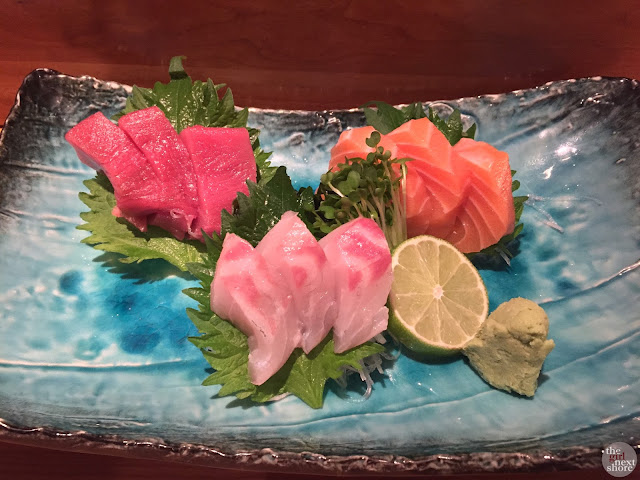 I don’t think I’ve ever been disappointed by the chef’s sashimi selection (£19.90). The usual triumvirate of tuna, salmon and white fish (often yellowtail or seabass) adorn the plate. There’s beauty in its freshness and vibrancy of colour. 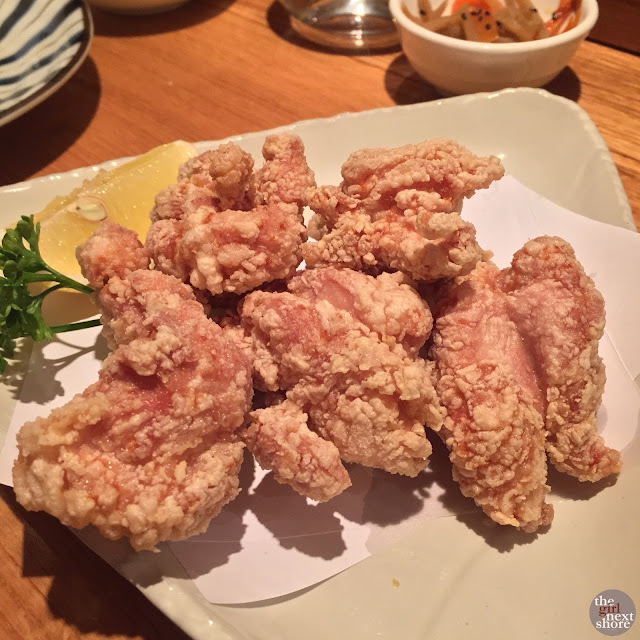 I’ve eaten quite a lot of karaage (£7.90) now and though I think this was rather generous for the price you pay, it didn’t really stand out as much as I thought it would.

Confession: I rarely order sushi rolls because more often than not, the proportion of rice to fish/filling is inconsistent. Sometimes, there’s way too much rice which underwhelms the freshness or flavour of the fish. However, rolls at Chisou are rather good. 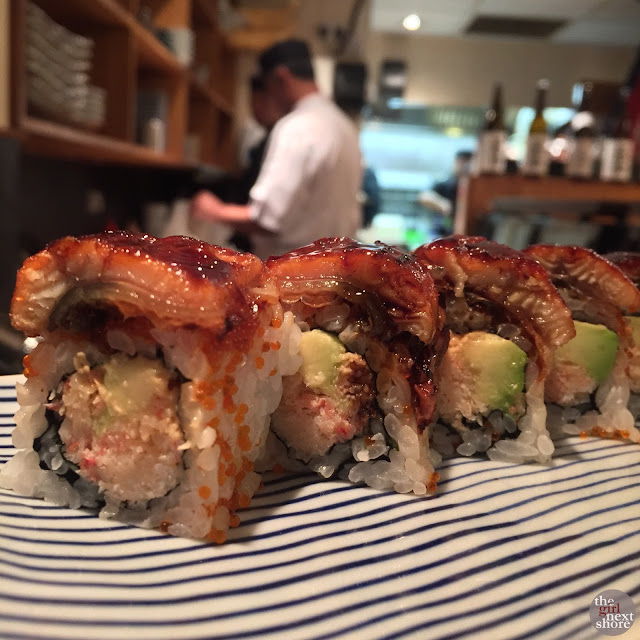 The unagi maki (£14.90) has a generous amount of fresh crab meat, avocado, flying fish roe and topped with braised eel… and just enough rice. At eight pieces per portion, it’s gorgeously filling and the flavours are well-balanced. The unagi is consistently good and the crab is definitely fresh. 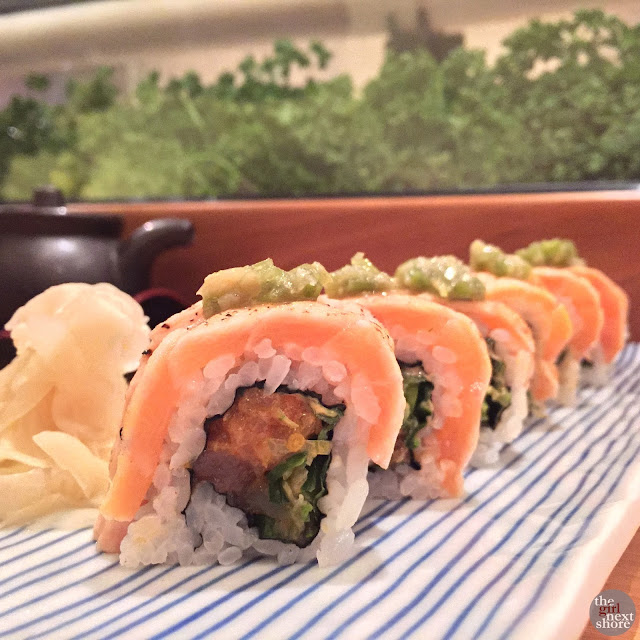 Another roll I was pretty impressed with was the sugoi maki (£14.90). Three types of fish (tuna, salmon & butterfish) marinated in spicy miso and topped with a slightly seared salmon and pickled wasabi. I thought this would be fish overkill but the balance of flavour – and surprisingly, texture – left a pleasant taste in my palate. 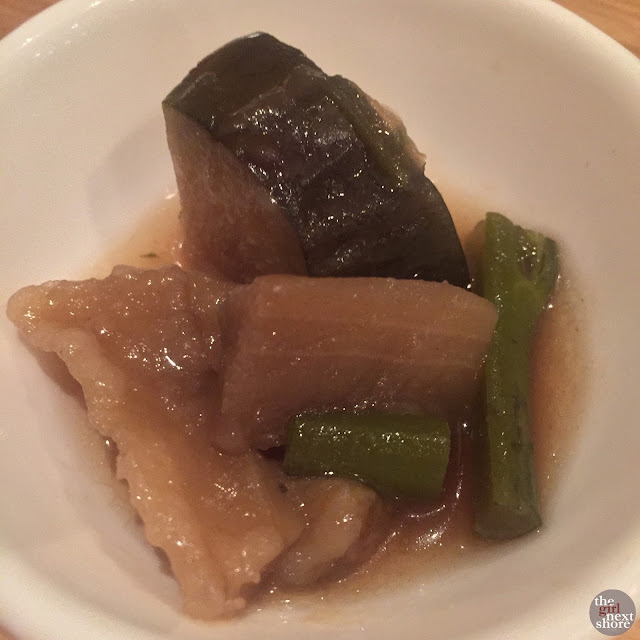 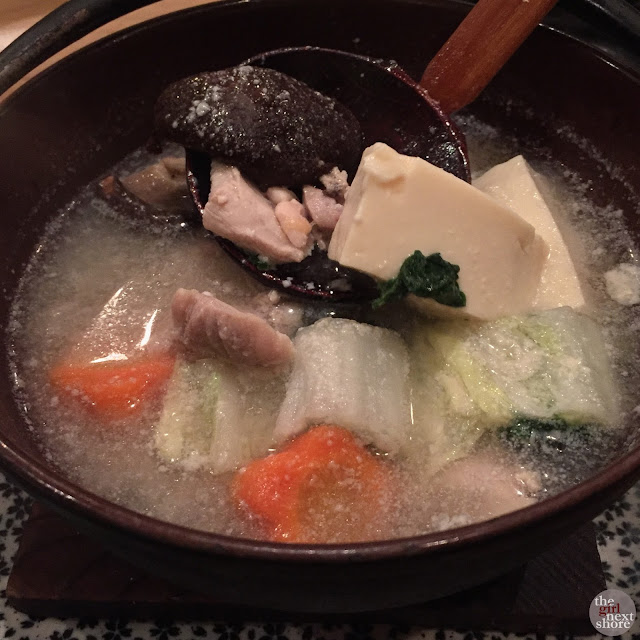 One of the specials I’ve tried was the tori no shiokoujinabe (£7.70) And yes that’s a mouthful, non?) I’ll give you a minute to try to pronounce it in half a second. 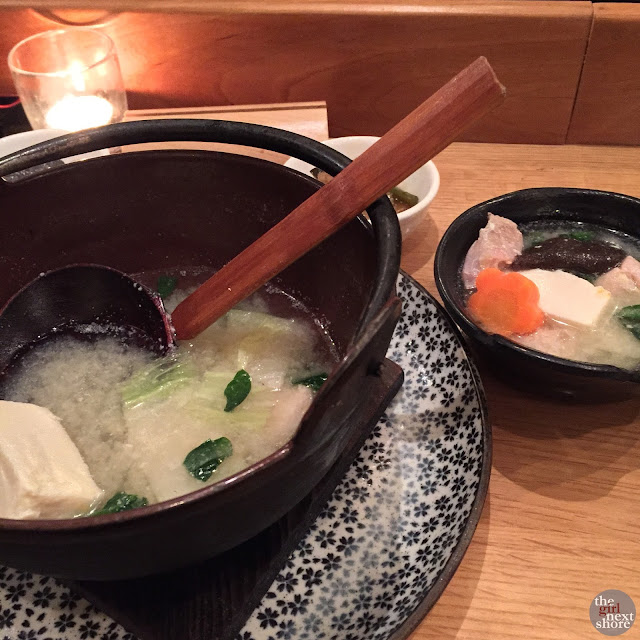 It’s a small pot that goes a long way: possibly a good soup starter to share with someone else but if you’re hungry and trying to eat clean. 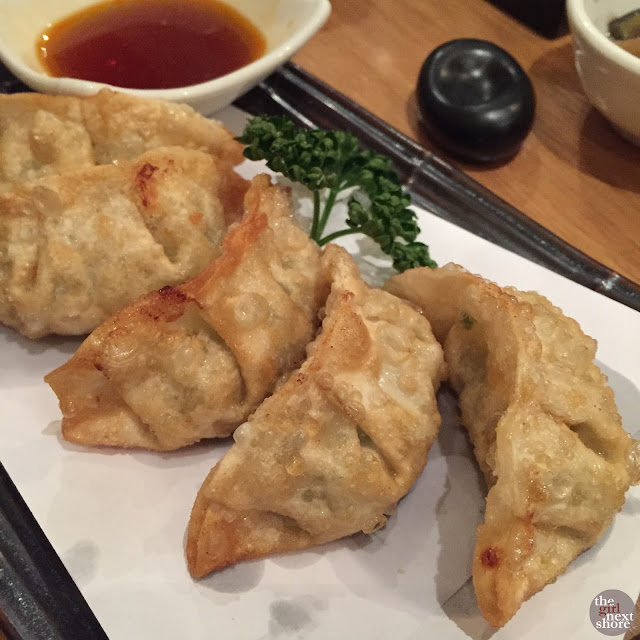 The chicken gyoza (£7.20) had an okay filling but they were fried more than usual and I actually quite enjoyed it. Instead of the half glutinous-half seared texture you usually get from very good Japanese dumplings, you get a nice soft crunch which works. 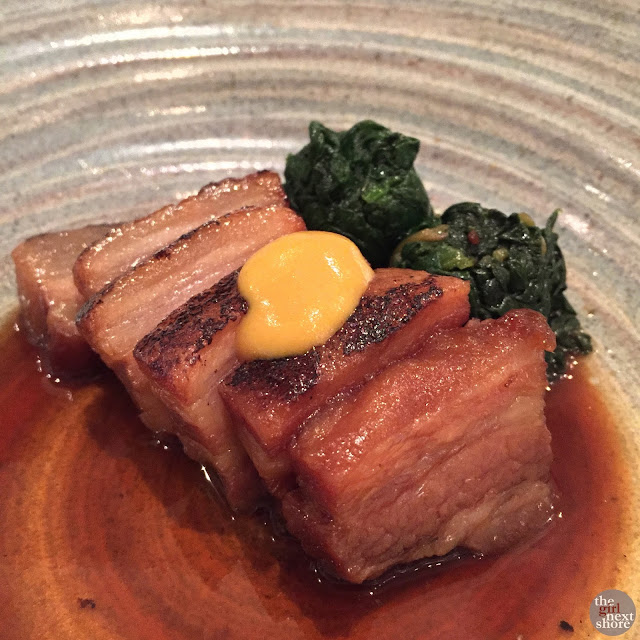 I hope the butakakuni (£5.75) becomes a permanent fixture on the menu, and I hope they make it bigger than starter portions. It’s the softest, most melt-in-your mouth pork belly I’ve ever had in London. EVER. The belly is simmered in a thick sweet sauce and seared with a hint of mustard and spinach. The sweet sauce reminds me of a good humba or Dongpo pork except it’s lighter. However, it truly is the pork that takes centre stage. Nothing’s ever dissolved in my mouth like heaven before this. Nothing. 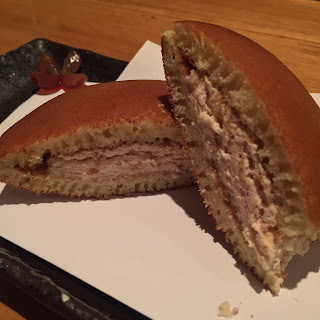 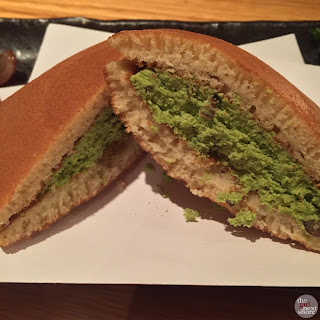 Another confession. While I love Japanese food, I’m not particularly huge on Japanese desserts and sweets. Yes, they’re cute and the concept is interesting but sometimes they can have such subtle flavours. I’ve tried the green tea and marscapone dorayaki as well as the strawberry one. Both had generous fillings inside, and though I loved the texture and creaminess, the flavours were shy and the pancakes themselves were on the dry side.
I really think Chisou is lovely now I’ve given it a couple more goes. From something I thought was average and passable, it has now become my go-to for quick and easy Japanese cravings. Of course, I still have a soft spot for Roka but for Chisou’s price point, it’s a really decent place to go to.
Chisou
Knightsbridge and Mayfair
Ave spend pp: £45