One of the reasons why I don’t really eat egg is mainly because of a recurring nightmare I had in high school. I dreamt I was abducted by unearthly creatures and was forced to eat a roomful of hardboiled ostrich eggs. I would get punished if I didn’t finish the lot. #truestory 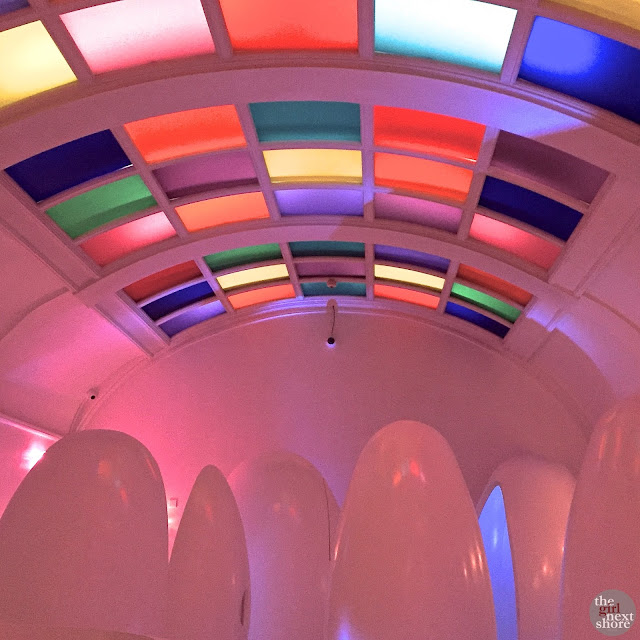 So essentially, the ubiquitously snapped toilet at sketch is my idea of a nightmare. 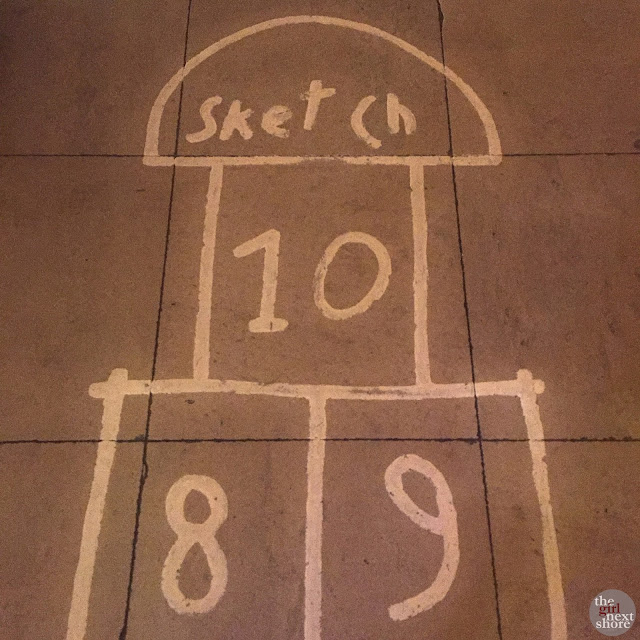 When A told me we were up for an 8th year friendship anniversary dinner, I knew sketch Gallery was the way to go. A is one of my bestest friends in the world whom I met through my previous job. She’s a girly girl who likes all things pink, I’m a not-so-girly girl who likes opulent eccentricities – it was just the perfect setting. 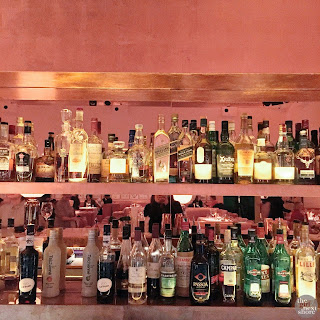 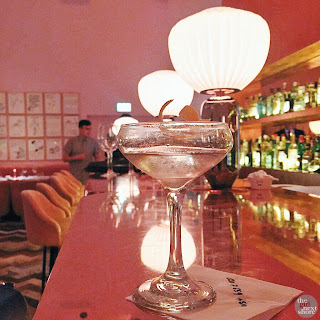 I got there first so I propped by the bar and nursed a martini taking all the pinkness in. I’ve been to Sketch a couple of times before, but for some strange reason it was the first time I didn’t mind the colour scheme. It’s actually quite… pretty and all I could think of was why the heck did I not bring my camera. 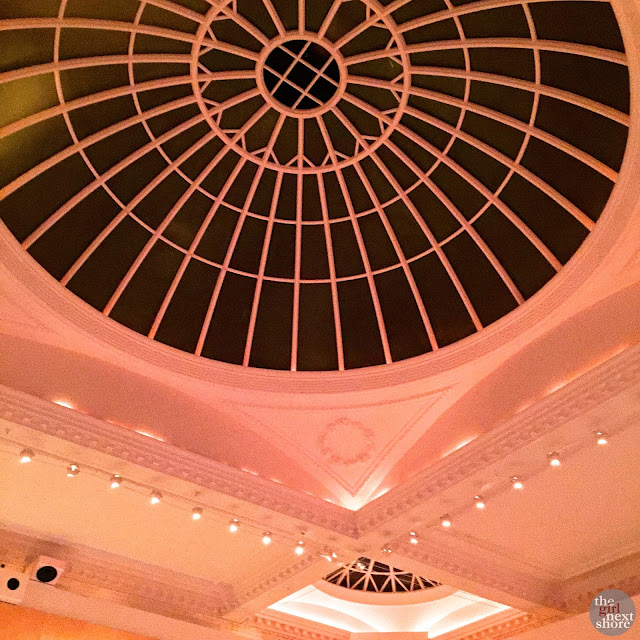 sketch is a centre of food, art and music conceived by michelin-star chef Pierre Gagnaire and Mourad Mazouz (the dude behind Morroccan restaurant Momo on Hedden St). The building is split into a michelin-starred fine dining restaurant (The Lecture Room & Library), a rather more casual downstairs area (Gallery), a tearoom (The Parlour) and a cocktail bar (The Glad). There’s also a cool DJ room/bar called the East Bar which is great for pre-dindin drinks. 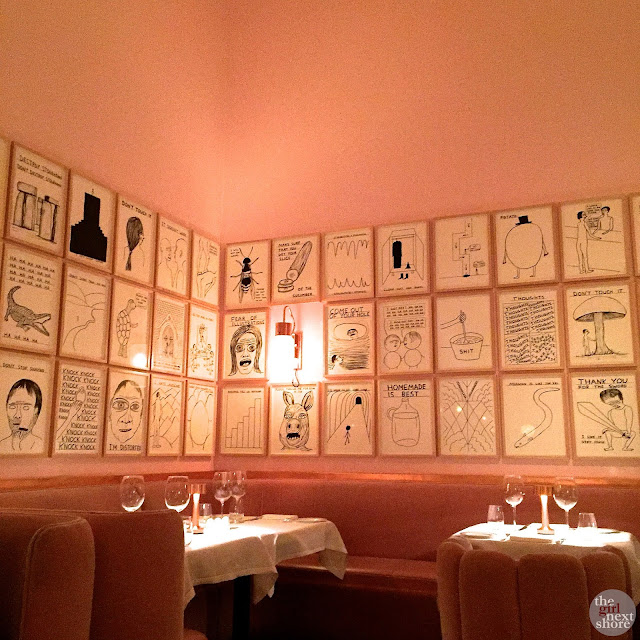 Turner Prize nominated and Fourth Plinth commissioned David Shirley‘s drawings adorn the walls and they’re rather eclectic, perhaps representative of the whole establishment itself. His art is apparent on the ceramics too which they sell in the restaurant. 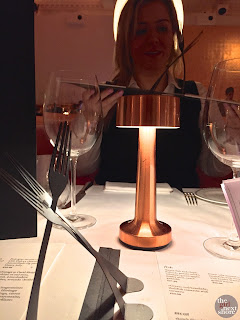 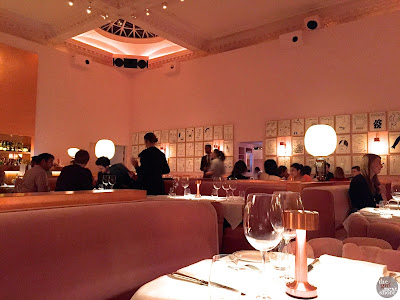 A arrived and as soon as we were ushered to our table the non-stop talking commenced. 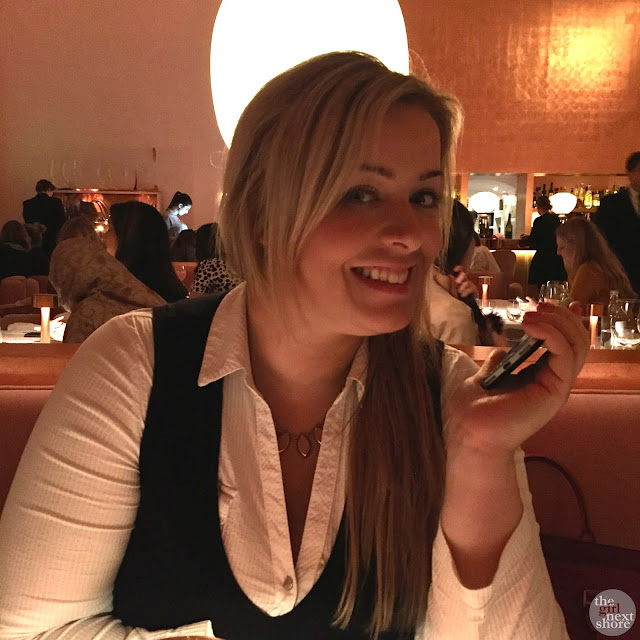 I love this girl to bits and pieces. She’s one of those people who’s not shy to say it straight, not scared to hit you where it hurts, nor is she too scared to not be on the fence. It’s never grey with her nor is it dull as she goes the extra 500 miles for you (quite literally sometimes). Genuinely one of the greatest friends one can ever have. 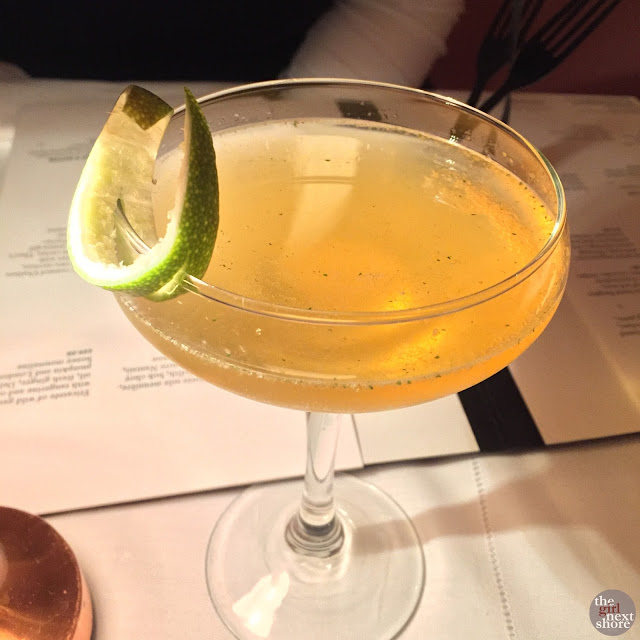 Another cocktail please: the Old Cuban is a mix of Havana Club Añejo Especial rum, angostura bitters, mint, lime juice, sugar syrup and prosecco. Quite refreshing and mild, I almost wish they made this into a frappe/sorbet. 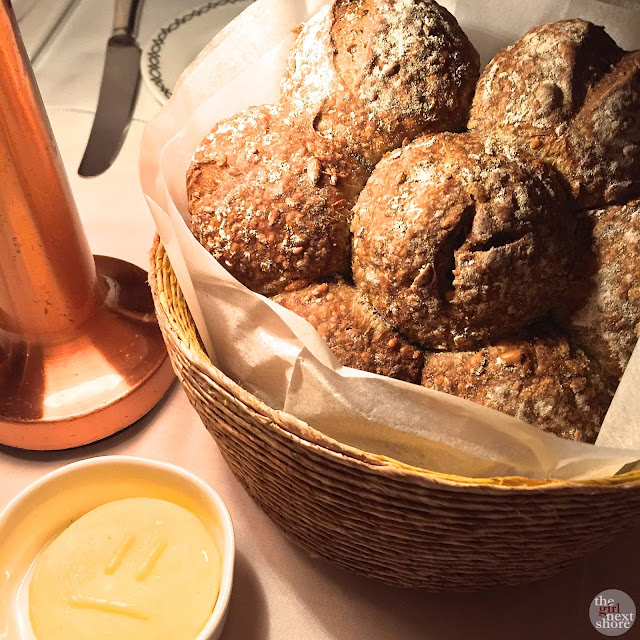 Our major carb intake for the night was a massive floret of bread. Personally, I think bread oughtta be complimentary but I’d happily pay for this basket again. Served warm with an emoji-looking disc of butter, it’s simple yet moreish with a wholesome taste and feel to it, like something your grandma would bake fresh off her oven. 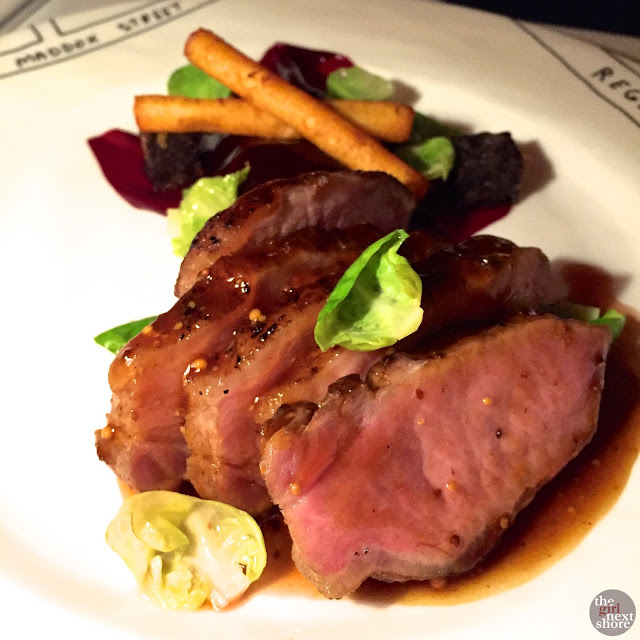 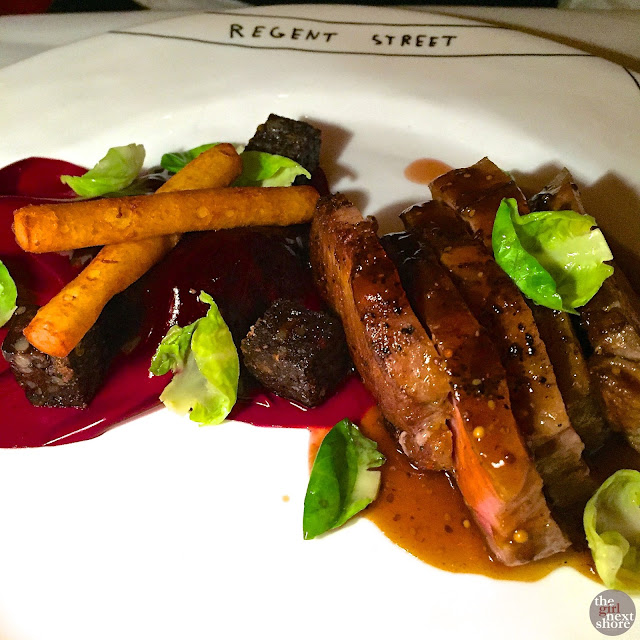 The pork had a really nice cook to it and the taste was pleasant. I’m not the biggest black pudding fan but it added an earthy richness to the dish, balanced out by the sauce. A fantastic dish this was, but it could’ve done with a few more slices of pork. 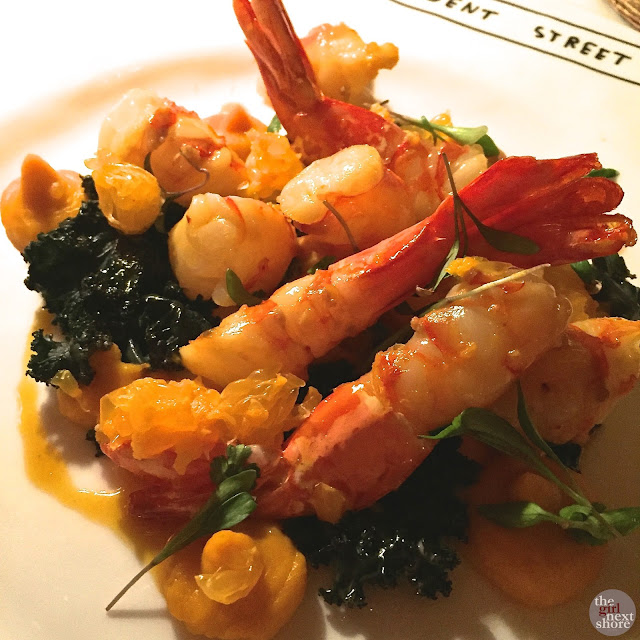 I went wild with the gambas fricasee, a dish or prawns, tangerine and olive oil, ginger, delica pumpkin and honey mousseline. 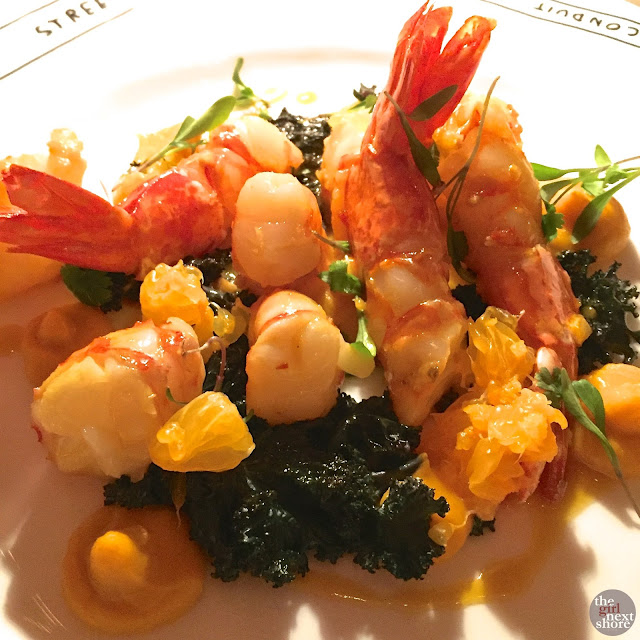 I’ve had a similar dish at sketch previously with lobster, and I found this version far more superior. Prawn dishes rarely move me but sketch used plump, juicy ones which hogged the spotlight. I feared the overall taste was going to be on the sweeter side but the balance of flavours was fab. 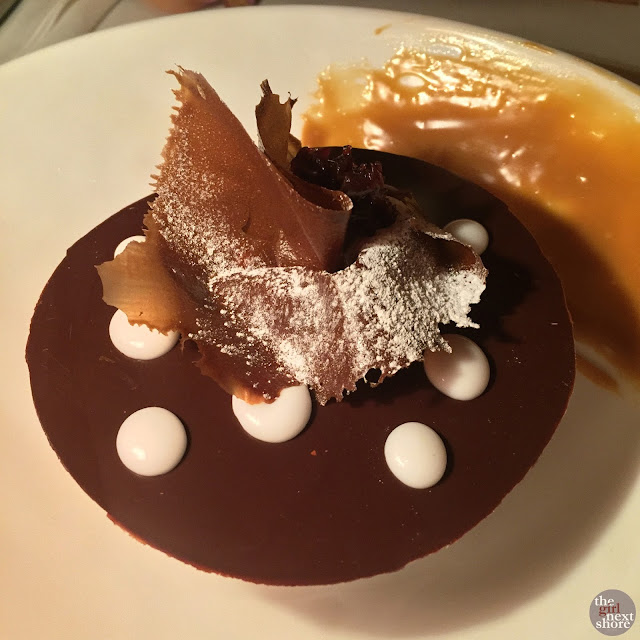 On to sweeter things, A ordered the sketch chocolat: warm chocolate ganache, cherries and tempered choccy. This was rich and bittersweet at best and a delightful end to her pork meal. 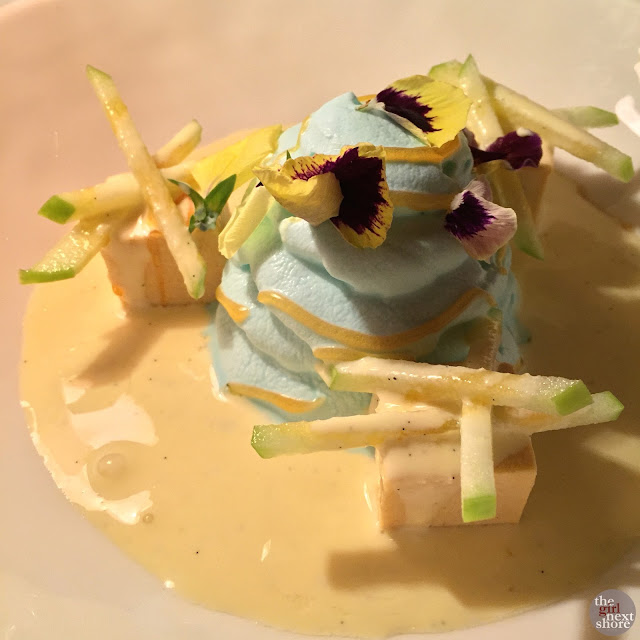 I opted for the delicate Belle île, made with bitter almond panacotta, sablé biscuit, julienned apples and blue foam. This looked so dainty and picture perfect. A joked at how our personalities may have swapped in form of dessert but as I devoured a spoonful of my dish I felt satisfied. Delicious and possibly one of the nicest desserts I’ve had in a while. 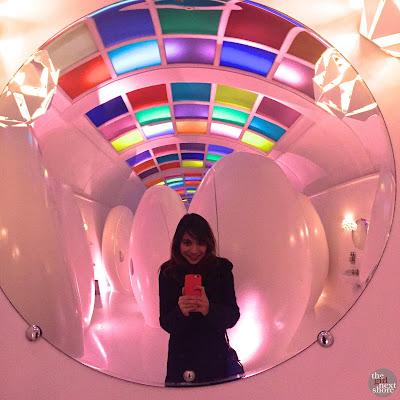 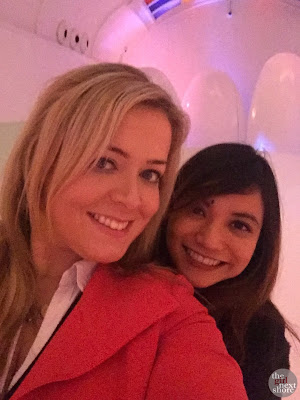 A visit ain’t a visit until you take a toilet selfie in the egg room.
Overall, I do like sketch. The Gallery has been a favourite for catching up with my girly girlfriends and former colleagues as the setting is perfect for arvo tea or dainty dinners. Food is decent enough and cocktails aren’t too bad either. Service is fantastic and I actually adore the little pink and light blue uniforms the staff wore. I’ve yet to try the Michelin-starred Lecture Room but if I’m definitely putting it on my list based on Angie’s V-day trip!
sketch Gallery
9 Conduit St, London, W1S