When restaurants expand, a branch tends to be better than the other in terms of service or food offering.
Case in point: Barrafina. When they first opened on Frith Street I thought it was really one of the most decent tapas places in town but I wasn’t as blown away as compared to when I first tried the second branch on Adelaide St. Years later, when the third branch on Drury Lane opened, I knew I found my favourite. The thing about Barrafina is that branches have such distinct characteristics from the other that one 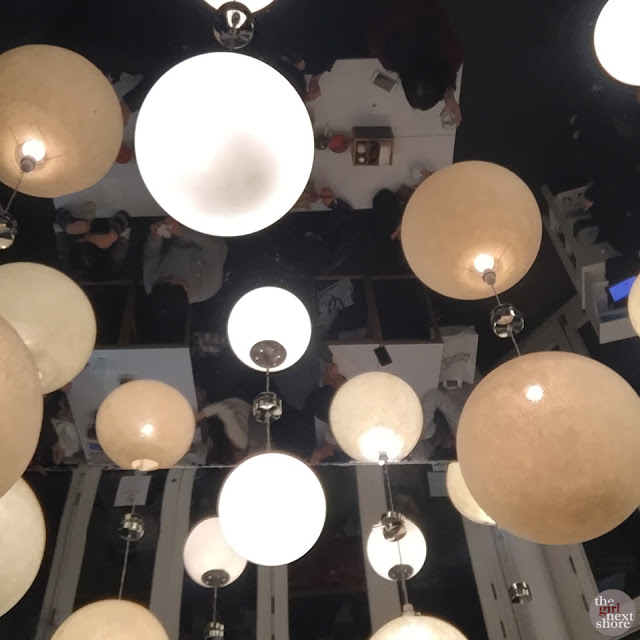 When Kanada-Ya opened its second London branch in Haymarket, I wondered if the food was going to be as consistent as the original on Giles St. 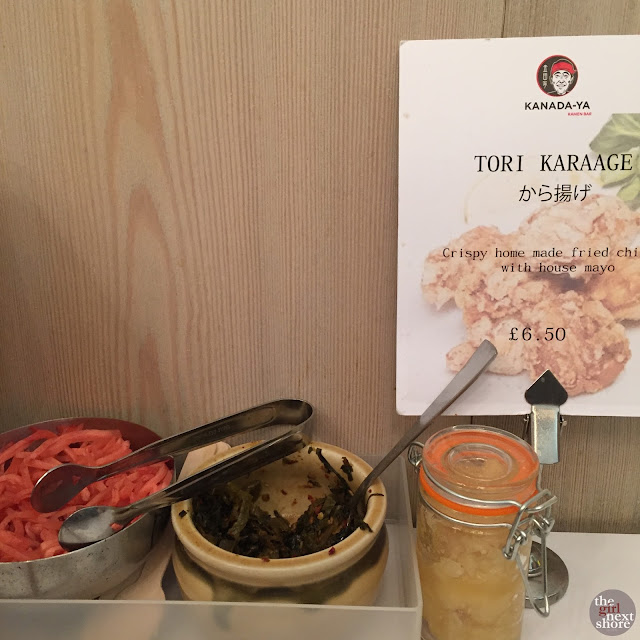 The original spot on St Giles St has that little hole-in-the-wall charm where aesthetics are foregone because all efforts are pushed to essentials. Cough, food, cough. 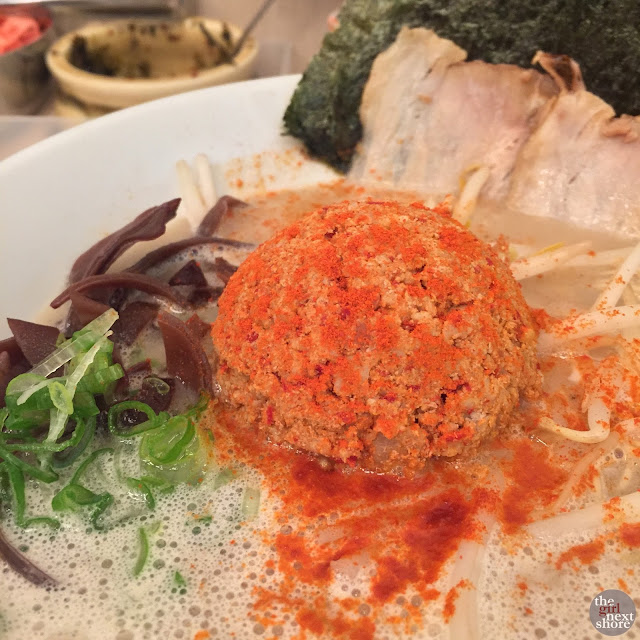 On my last visit there, I had the gekikara (£13) – a tantanmen (spicy ramen with minced pork) with wood ear fungus, chashu pork belly and spring onion. The 18-hour broth is absolutely delicious. Menacing with nutritional value that would probably give your doc a heart attack, it’s creamy and wonderfully bold in flavour. 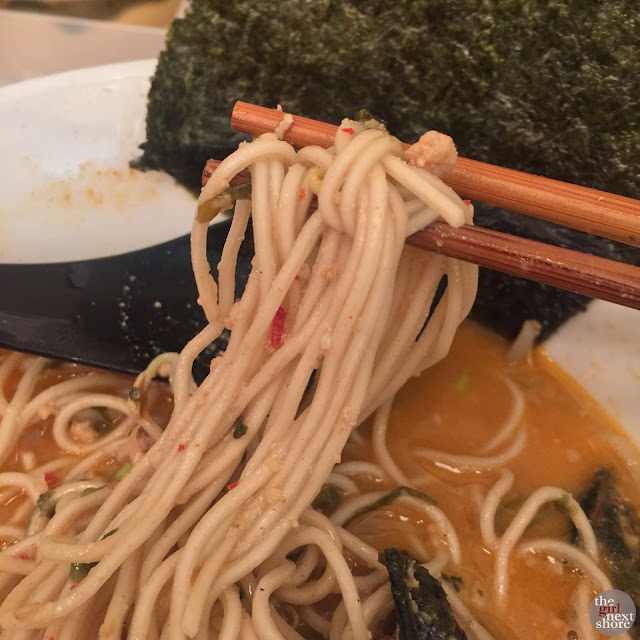 The noodles, ordered hard, stayed firm from start to end. The pork itself falls short as it was completely outmatched by the broth and noodles. A good bowl of comfort, and it isn’t even the best thing on the menu. 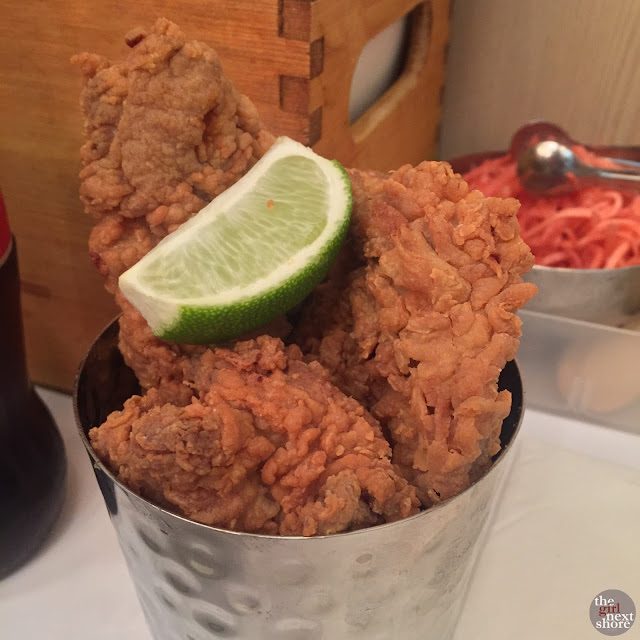 A pot of karaage (£6.5) was a necessary extra. A deceptively small pot came with a bountiful of deep fried chunks of chicken with the crunchiest batter I’ve had in my life. 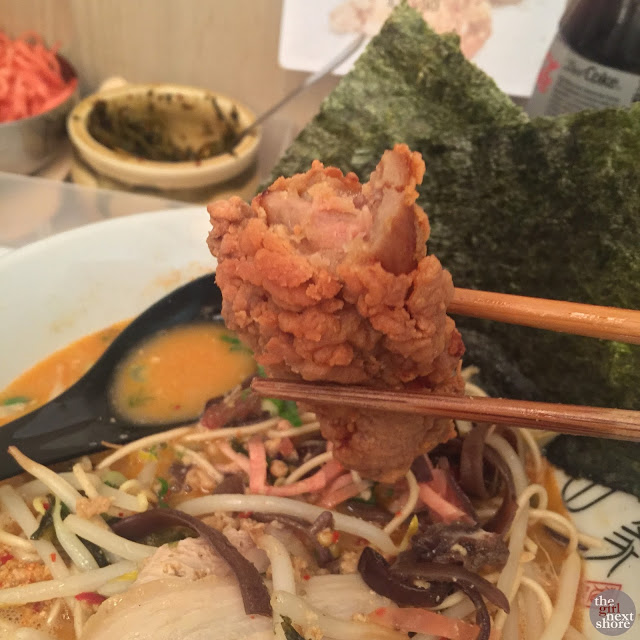 Too crunchy, perhaps, that I didn’t quite enjoy it as I would have hoped to. 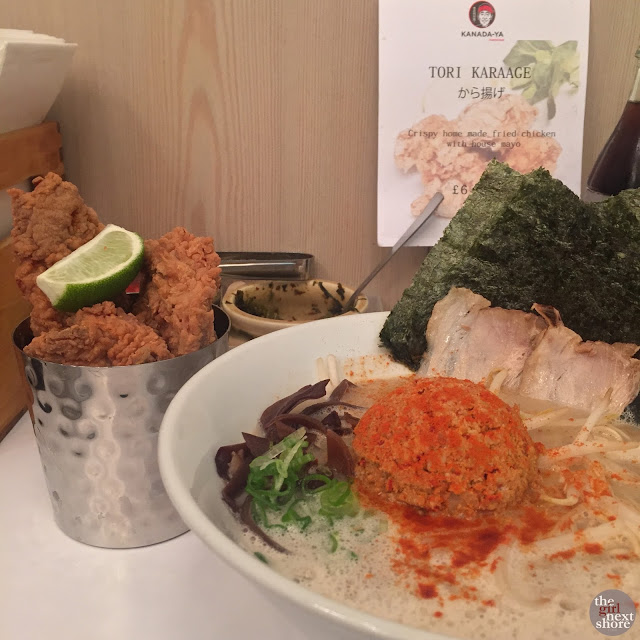 With its ramen bar charm and offering of what I genuinely think is the best ramen in town, I wondered how the second branch would compare. 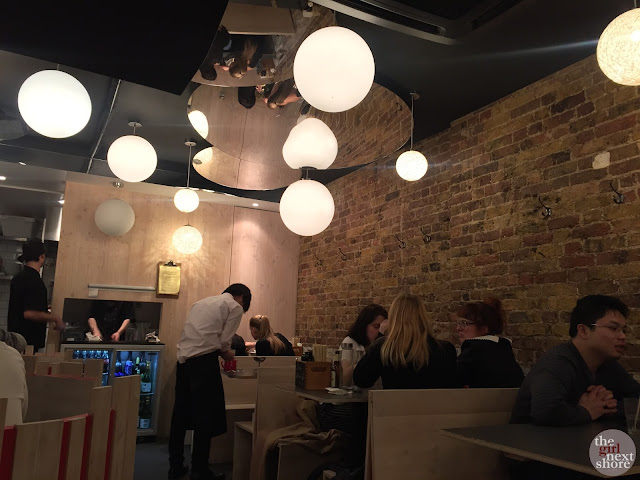 First, it’s bigger and still relatively hidden considering it’s near the tourist trap that is Piccadilly Circus. It feels more like a restaurant with its individual booths set on two floors. The basement doubles as a private dining area for bigger parties. They also have a bigger menu. 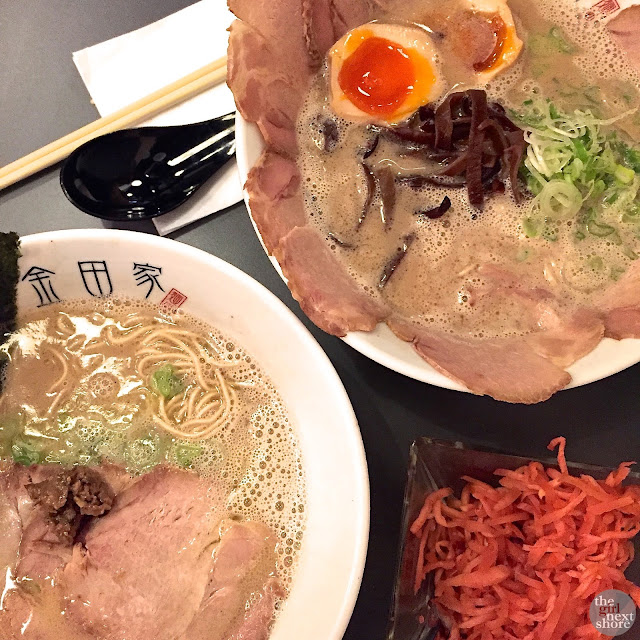 Busy buddy B and I went on a cold day and I kept my fingers crossed that we didn’t have to wait long. Luckily, we were in straight away. 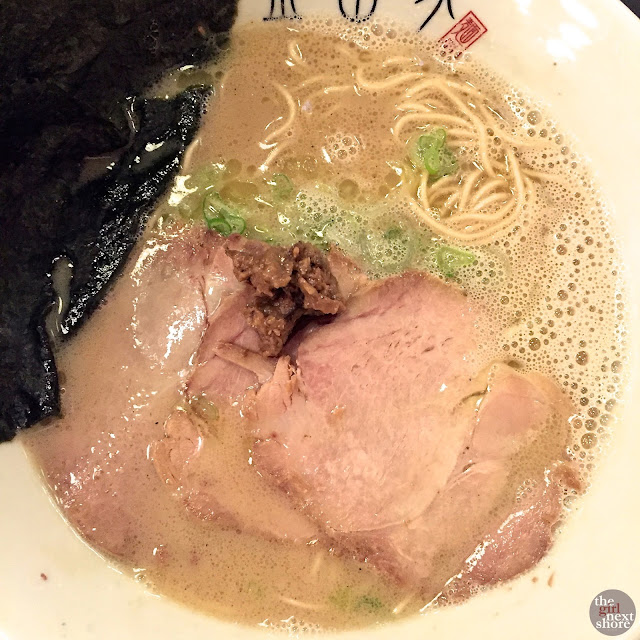 Against all pre-conceptions of truffle on ramen, I ordered the truffle ramen (£14) which came with the famous 18-hour pork bone broth, chashu pork collar, and porcini truffle paste. It was, simply put, fantastic. The truffle paste added an extra depth of richness to the already creamy, fatty broth which shook the earth for me. 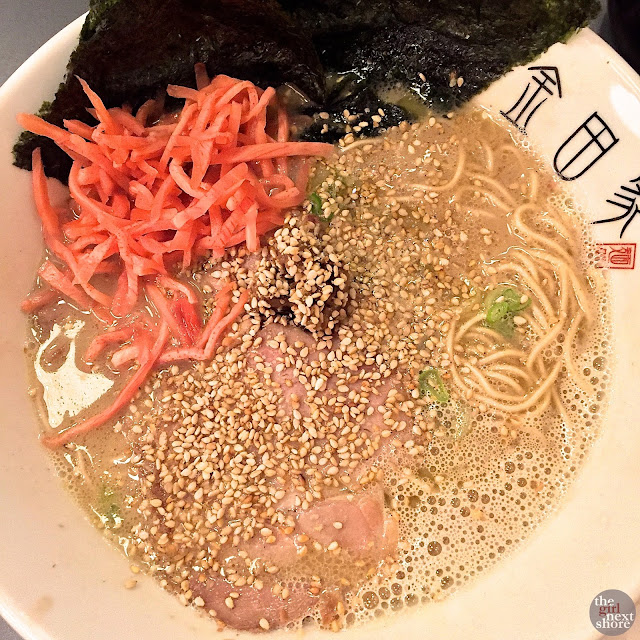 I also added some sesame seeds and pickled ginger, which made it a very pleasurable bowl of food. 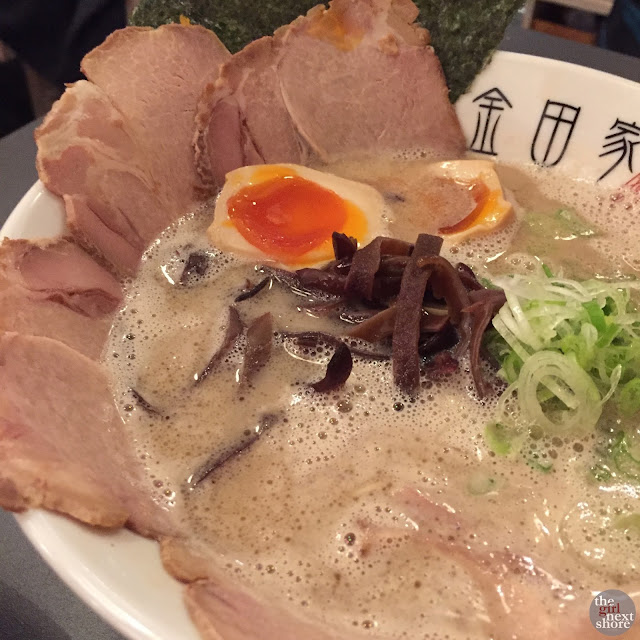 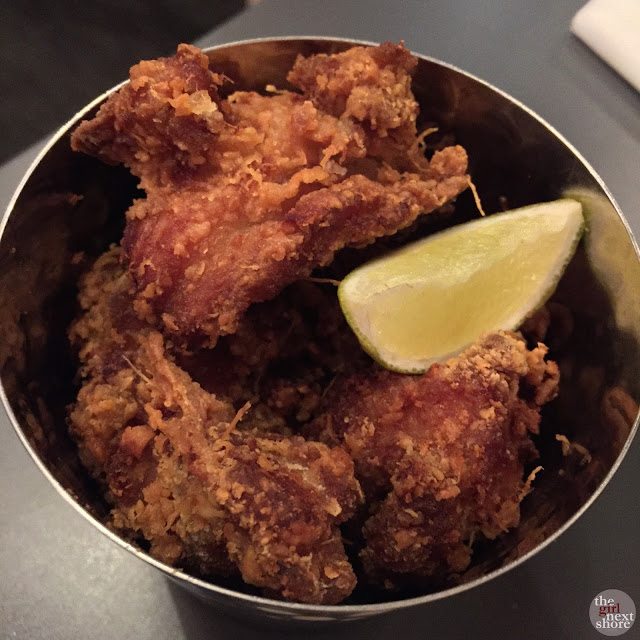 I couldn’t miss out on the karaage again thinking it might be better. And it was. The coating was just enough and the chicken was juicy. Still a generous portion at a very cheap price. 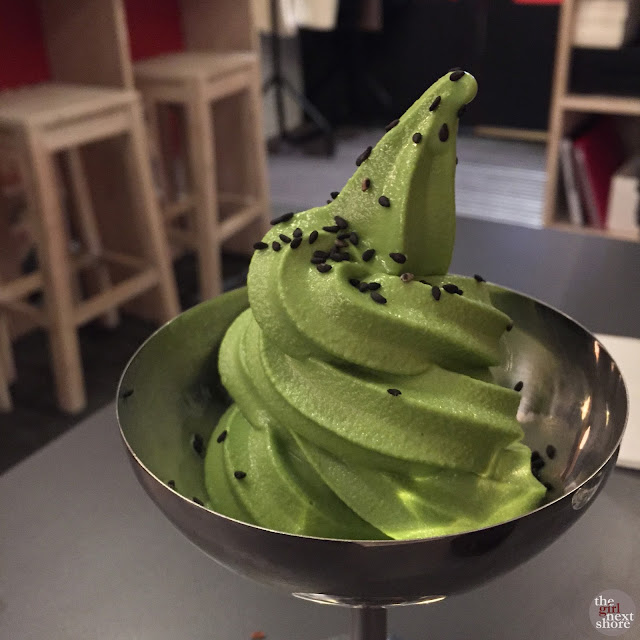 One thing I appreciate about the Panton St restaurant is the availability of matcha ice cream soft serve. A nice touch and a great finish to a comfortable meal.

Overall, I think the Haymarket branch has a slight edge towards the original Kanada-Ya but the great thing about the two branches is that they’re just absolutely consistent. I think this is definitely the best ramen joint in town and I’m happy they’re doing very well.


Have you been? What’s your favourite ramen joint in London?