Last Thursday was a story in the making. It was a cold, cold, night after a long, long day. My brain was relatively fried and all I wanted to do was climb on my bed and get sushi-rolled into my duvet.
However, I ended up climbing on the northbound Victoria line and sushi-rolling out of Finsbury Park underground station instead. As luck may have had it, sanctuary was to be found just a stone’s throw away.
SIN is the brainchild of young restaurateur Colin Tu. Remember Big Dirty Burger? That was Colin’s baby. And now he’s branched out to his roots (har har) of Vietnamese cuisine served to the likings of Londontown. 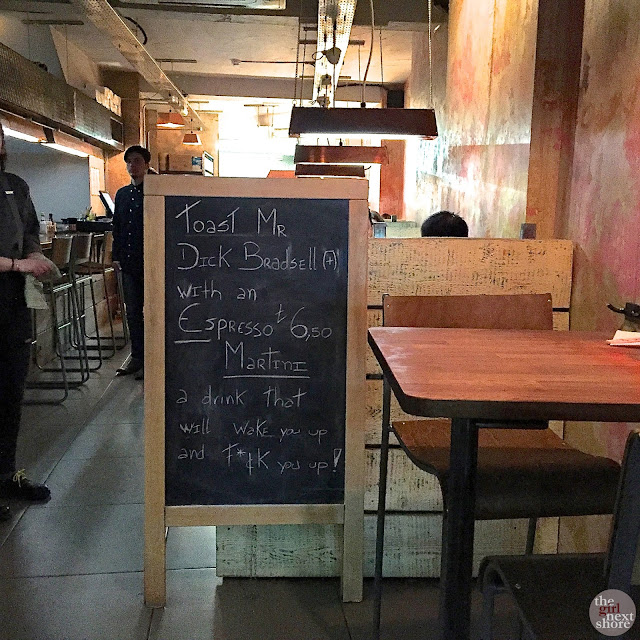 I was greeted by this board hinting a special cocktail for the night/weekend, which reminded me of how awesome London bartenders are. Yes, the espresso martini was born and raised in London by a chap called Dick Bradsell (RIP). A model walked up to him and asked him for something that would “wake me up and f*ck me over”. Hence the espresso martini. 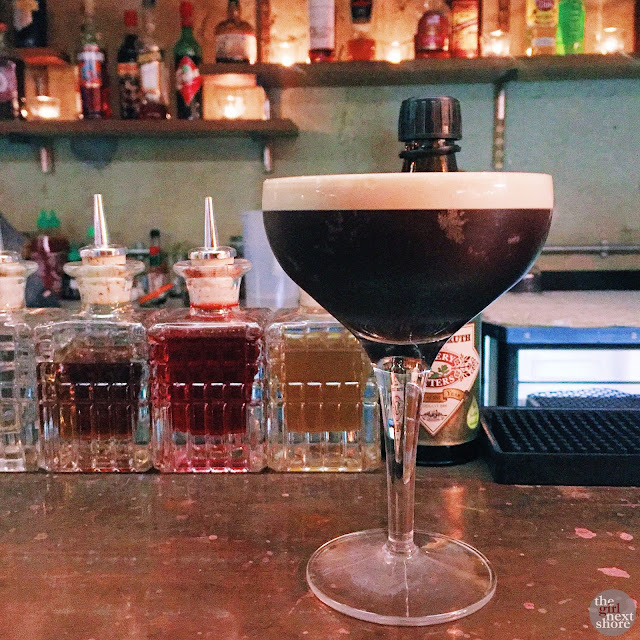 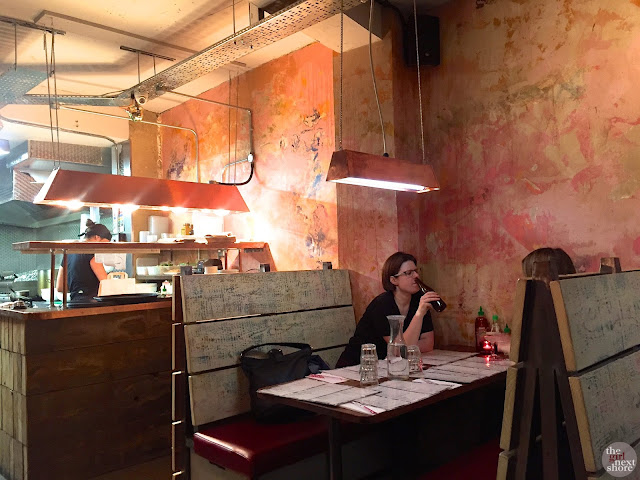 The Finsbury Park branch is the second of SINs with the original SIN housed in Dalston (that was rather enjoyable to type). It’s tiny, a 30-seater at most but it’s quick to feed and has a decent vibe. 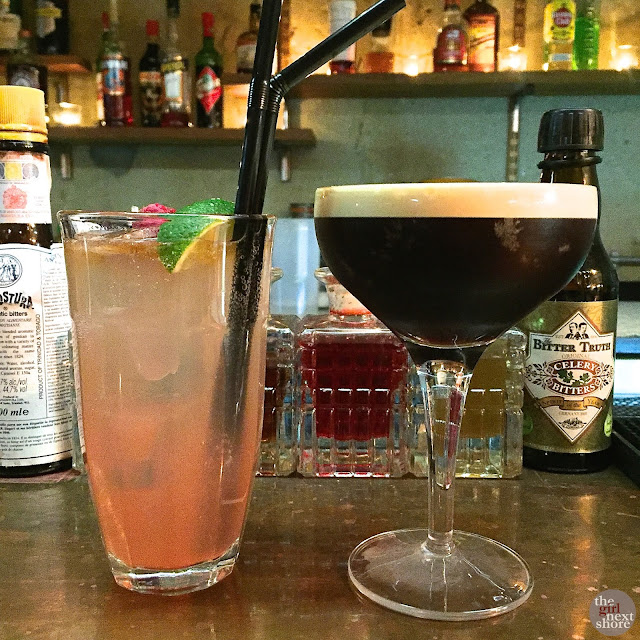 Sit by the bar and enjoy some of their delicious cocktails, each cheap at £8. The Hanoi sling is sharp, tangy and refreshing (Wyborowa vodka, apricot brandy, triple sec, Kamm & sons, ginger beer, raspberry syrup and lime juice) whilst the espresso martini is one of the best I’ve had, made with Vietnamese coffee which makes up for its chocolatey taste. Yum. 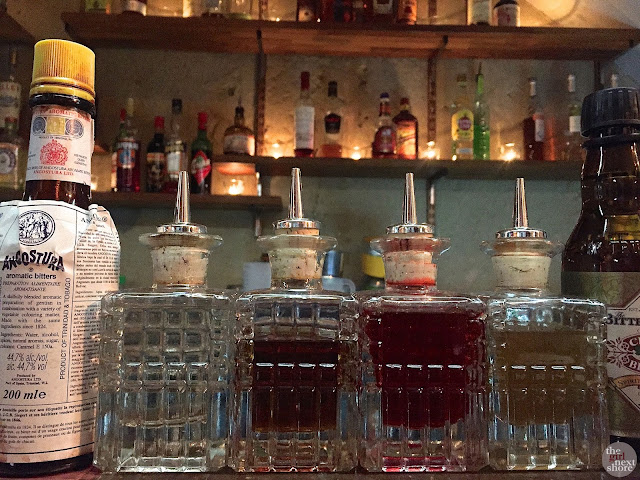 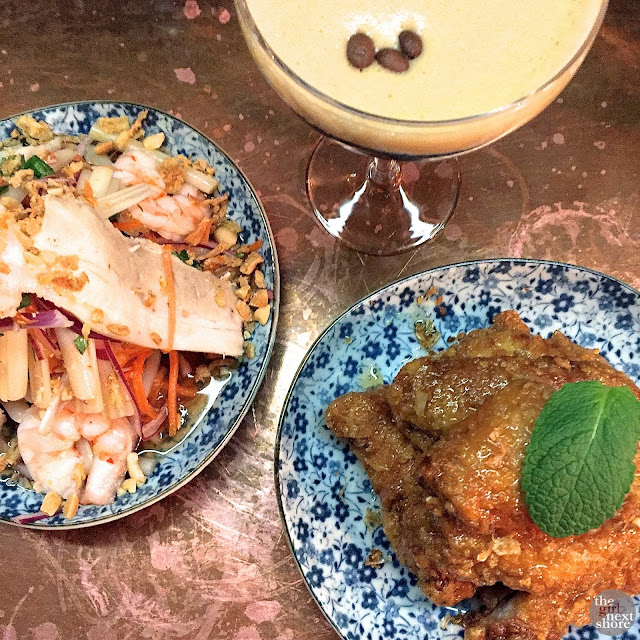 On Colin’s recommendation, my guest and I opted to share the phu quoc wings and the goi ngo sen. At £6 each, these starters are of generous portions. Happy days. 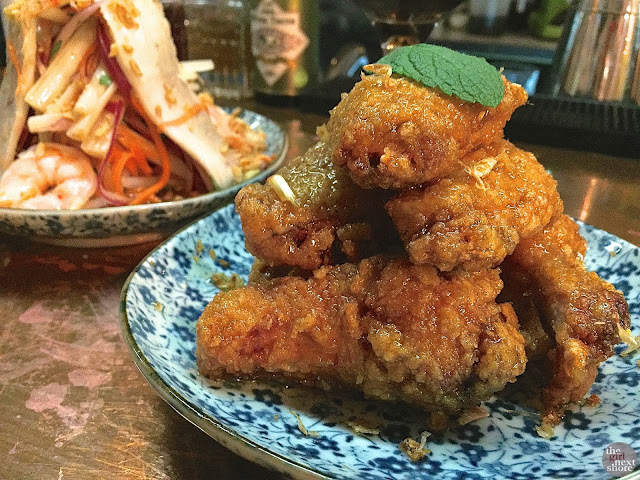 The last time I’ve had these wings was in Feast 2014 (gasp!) and they’ve changed quite a fair bit. Though the sauce tastes exactly of the sweet stuff, the batter is definitely crunchier and the chicken itself is not oily at all. 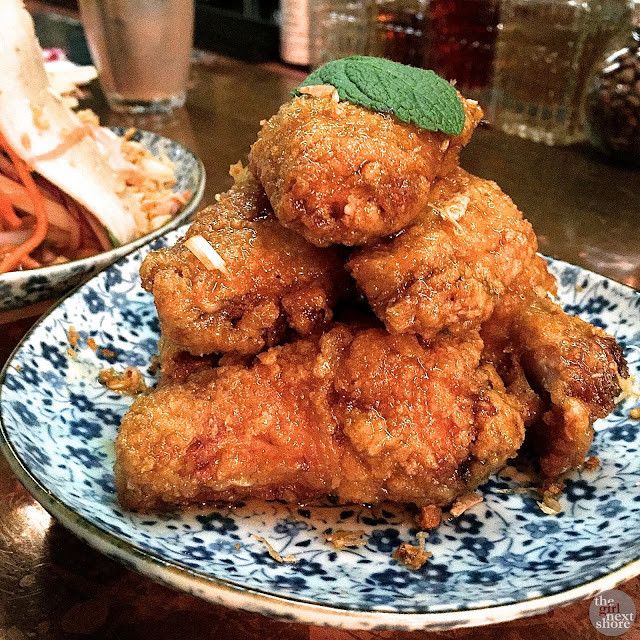 Despite my preference for hot, spicy wings, I ate this with much gusto and wouldn’t be surprised if it’s listed as some of the best wings in town. 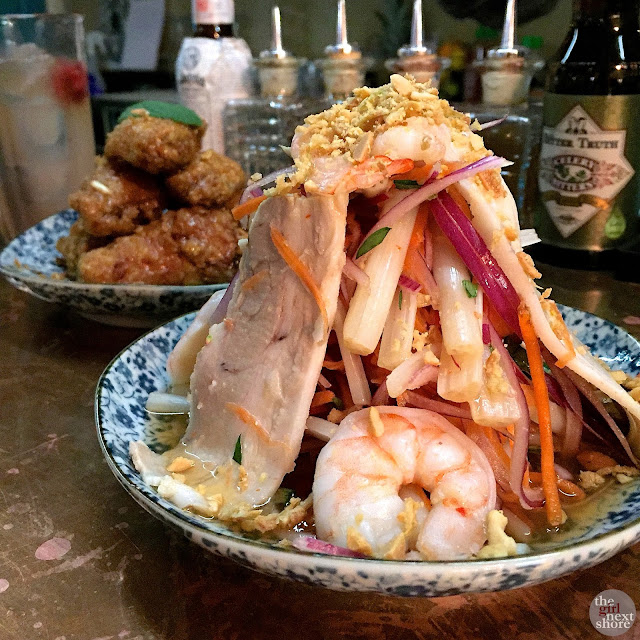 The goi ngo sen is essentially a salad made with pickled lotus stems, shredded carrot and daikon with prawns and pork belly, garnished with nuts and fried shallots. Holy hallelujah, I could eat this in bowlfuls. Refreshing and substantial yet light on the belly. 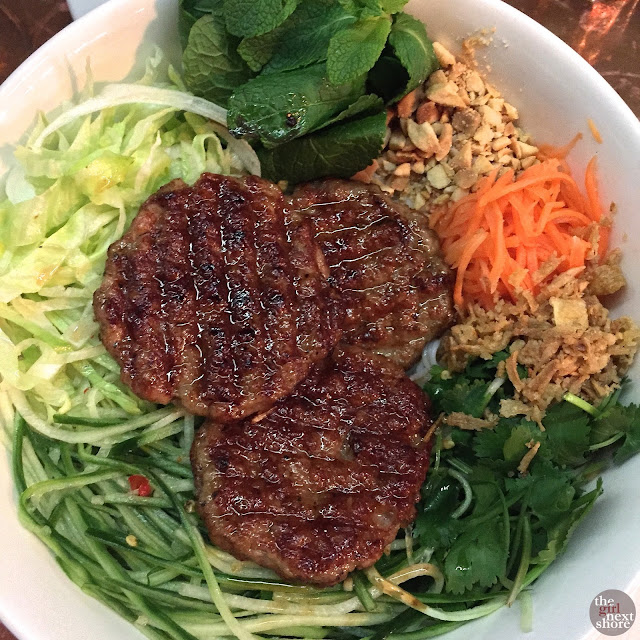 Not so light on the belly – but very light on the pocket at £9.50 – is the bun nem nuong. Colin says it’s a crowd favourite and I see why. It’s a generous bowl of bun noodles, shredded veg and a well balanced nuoc mam, plus three massive grilled pork patties. 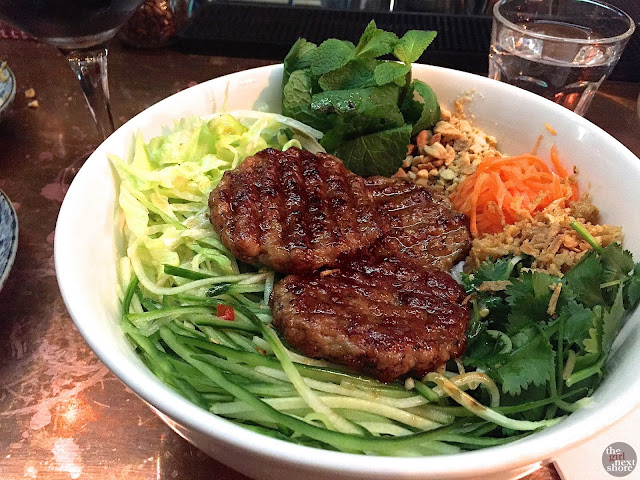 I liked this enough as I felt I was seriously eating a healthy bowl of goodness. That said, I feel like it was one patty too much. But that’s just me. 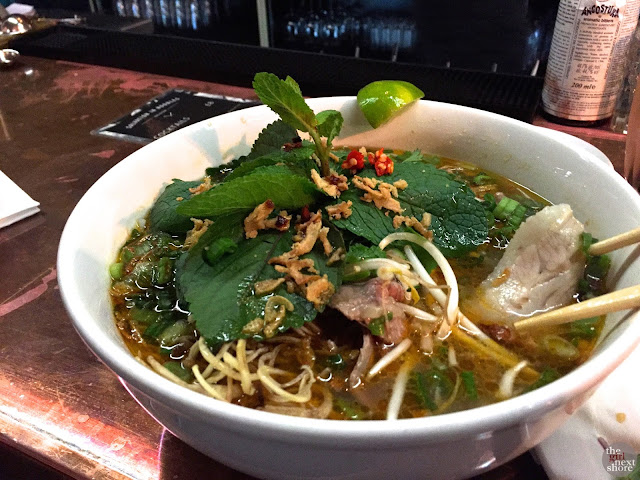 B ordered the classic Vietnamese dish of bun bo hue (£9.80). I had some of it and it was very comforting. The broth was full on beefy with a hint of lemongrass and the aromatics of herbs lifted the dish nicely. B says the noodles are traditionally different, but that’s one thing you have to understand about SiN – they serve old school concepts with a modern-day twist. 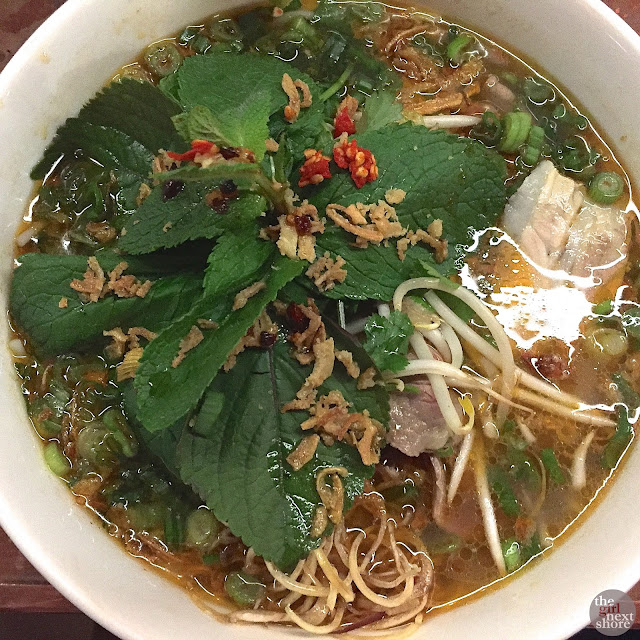 Can this be the poster child of comfort, please?

I’ve had a very enjoyable meal at SiN and I don’t even think I’ve had the best things on the menu yet – and if that’s the case then I’m excited to have more. I’ve already got my eyes on the bun rieu, goi ga, and the Vietnamese dumplings for the next visit.I rolled out of the restaurant feeling I’ve been hugged ten million times and I rolled back home with a big, happy belly and a feeling of satisfaction. I have SIN-ed but I felt saved.